Karloff Negative in use: Armenians in 20th century architecture and art

Actually, it is not one book, but two that are connected by the back cover so that it is a certain two-volume edition. The first volume is red, about Armenians in 20th century architecture, while the second one is blue, about Armenians in visual art. Together with an orange flyleaf, they get together into Armenian flag. 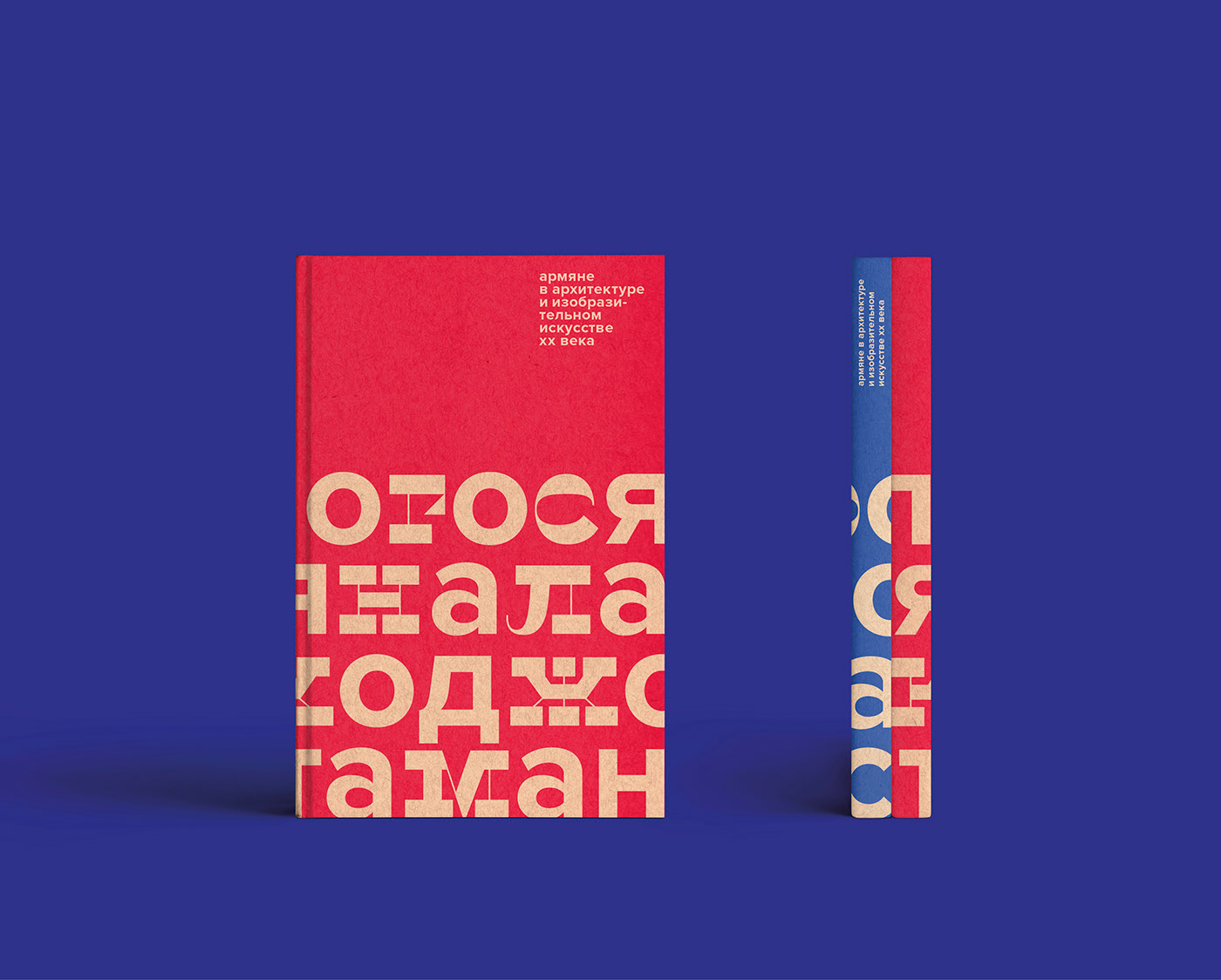 When I’d made up approximately one quarter of the book, my teachers told me: ‘that’s smart, but something is missing’; they advised me to look at what is offered on type.today. I opened the website, took letters from various typefaces and designed it turned out more like a children’s book about the alphabet, than a book on Armenians.

Then I saw Karloff Negative, put it in half-titles and combined it with Proxima Nova which was applied on footnotes and captions. As it turned out, two typefaces worked great together. 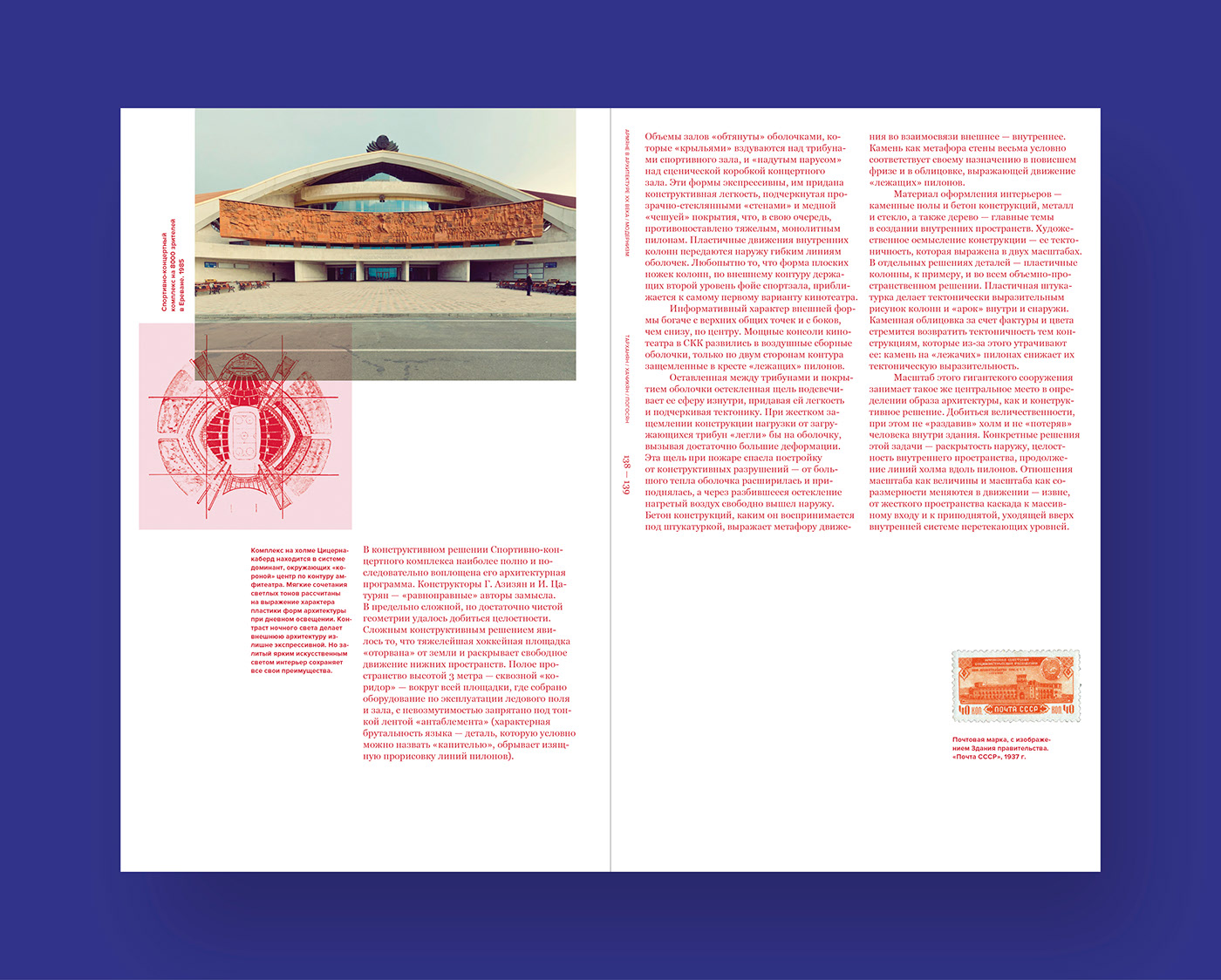 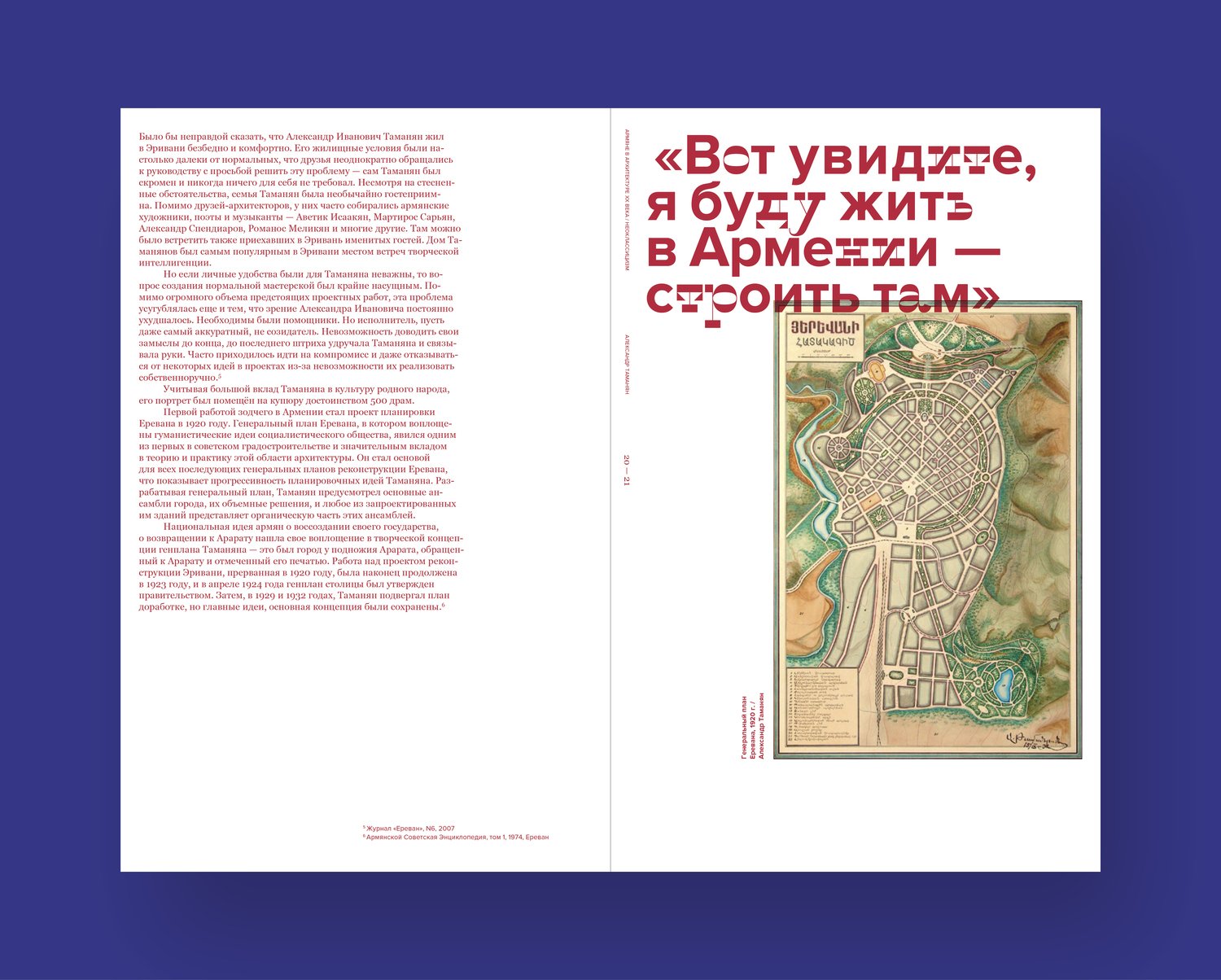 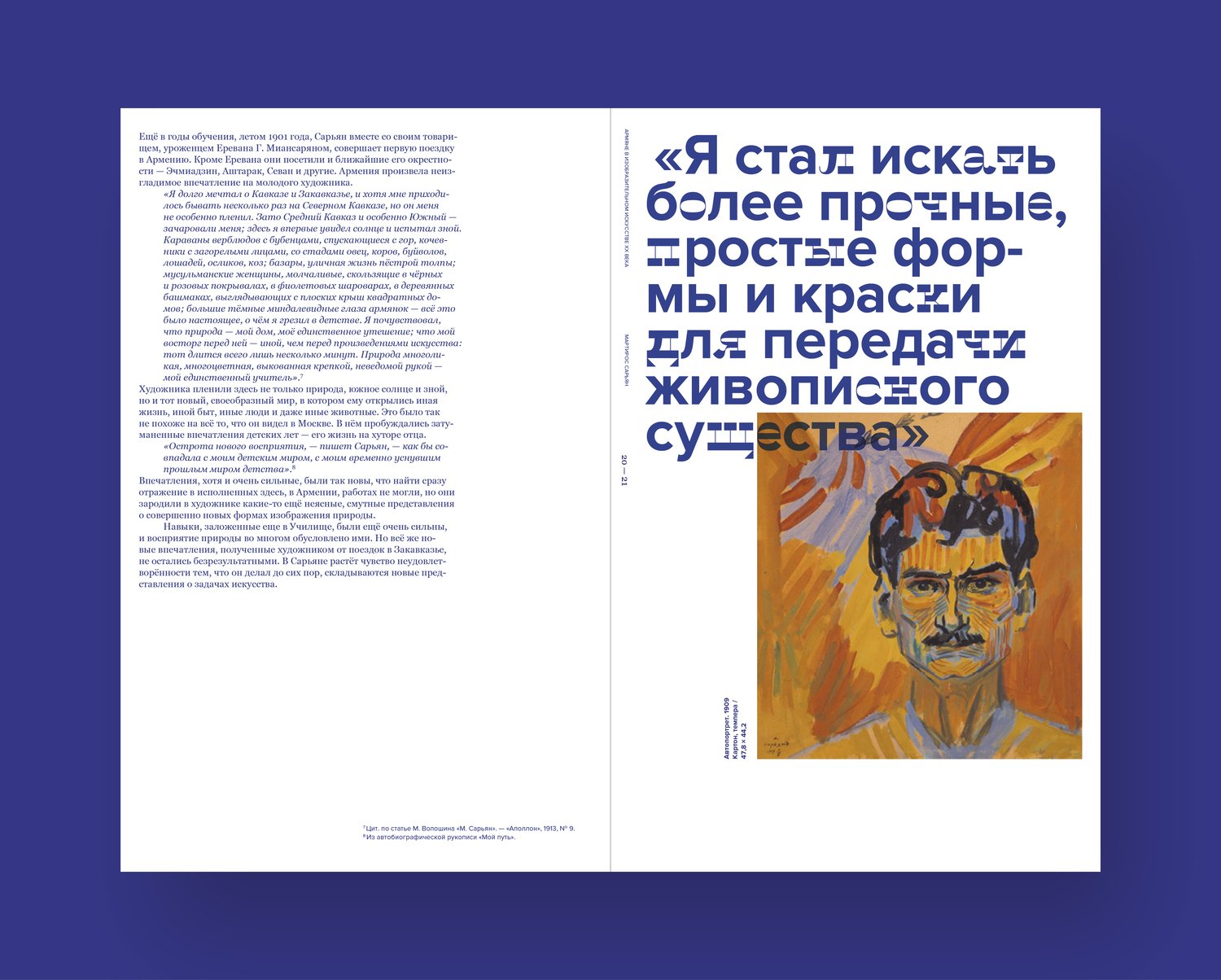 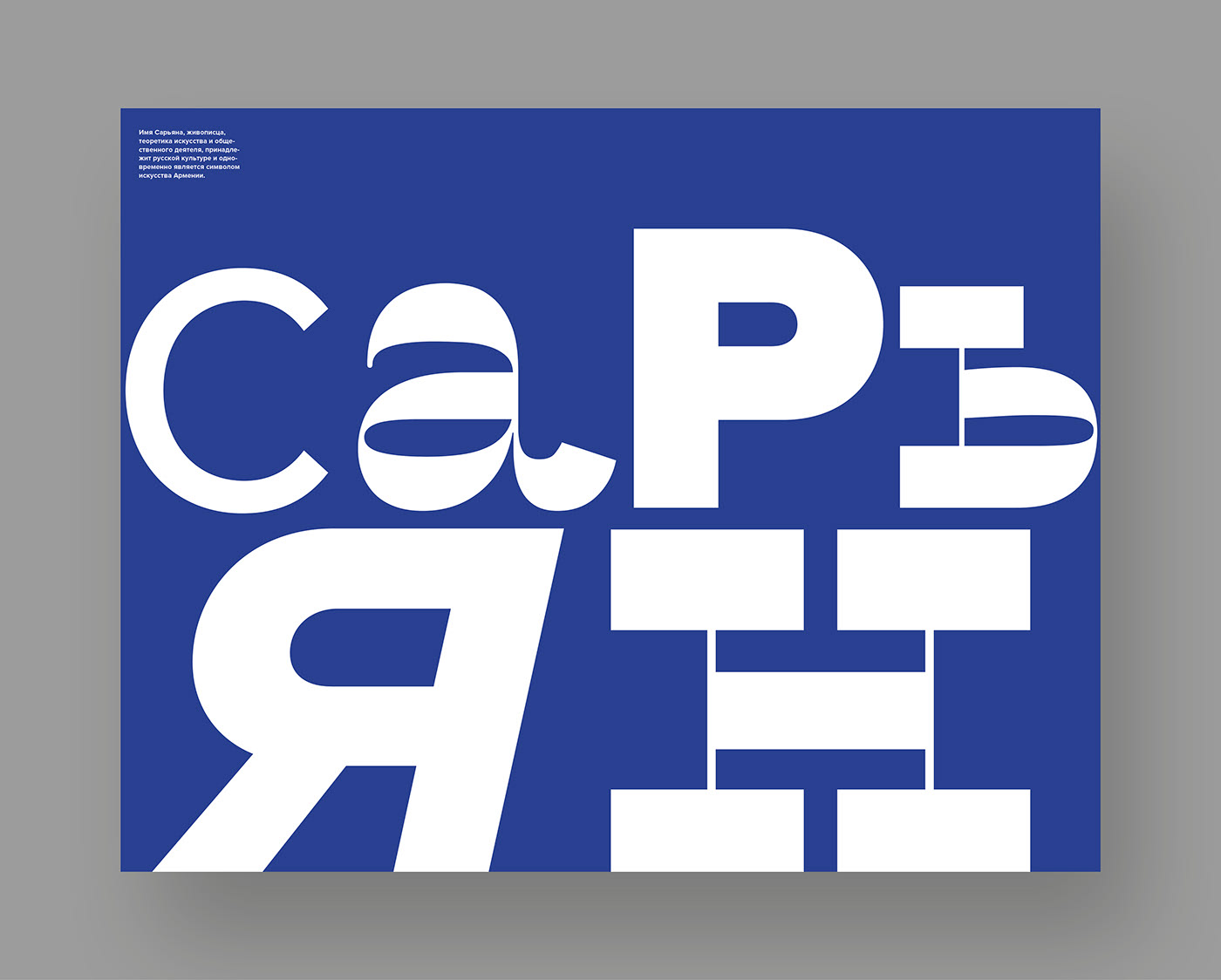 At some point, when I had already completed my work on the book, I found out that Karloff was somehow reminiscent of Armenian script. I came across a photo from Armenian church on Instagram and realised that the Karloff used in quotes and on the book cover was quite similar to that carving. Clearly, there are typefaces especially designed to look like Armenian script, but if I picked such a typeface, it wouldn’t be anything special. While Karloff is not Armenian but when I presented my project, I was asked ‘isn’t this some Armenian typeface?’ 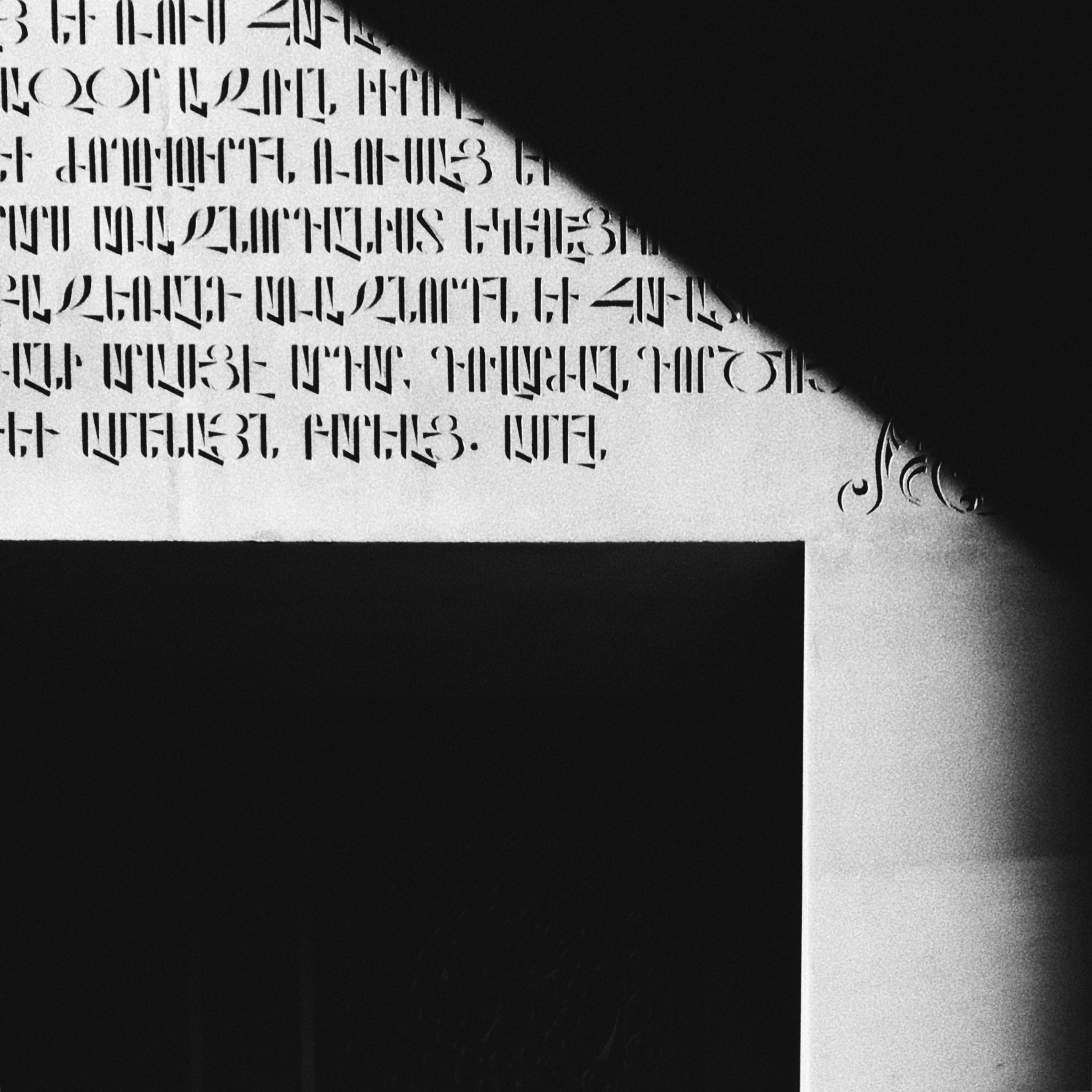 Also, I had texts in Armenian language in the names of chapters, and I had to set those it was hard to find a proper typeface supporting Armenian, and in 2018 Graphik Armenian did not exist yet. 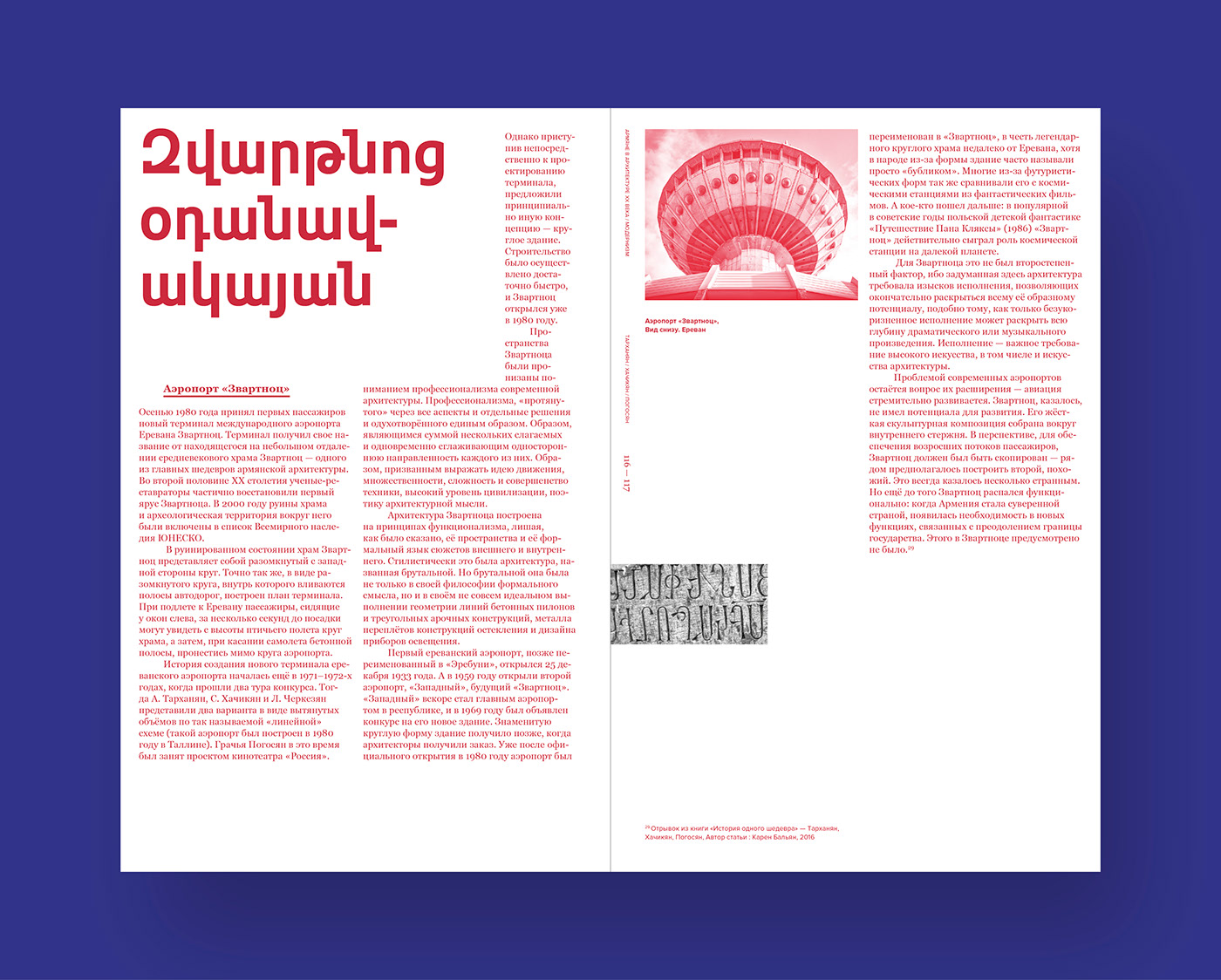 Karloff is a collection made up of a modern serif, Positive, an eccentric ‘Italian’ reversed-contrast typeface, Negative, and the result of their Neutral. Karloff is authored by a Netherlands-based studio Typotheque that released, for instance, such typefaces as Brioni and Parmigiano (both to be found in type.today’s library).