Flicker in use: Then, There is A Storm

A book about Yegor Letov, Russia, freedom, and something so elusive that only the publishers’ chief editor can explain

Yegor Letov was the frontman of one of the earliest Soviet/Russian psychedelic and punk rock bands, an iconic figure for many Russian-speaking people.

It took no more than one approach for Maxim Balabin to perform a nearly impossible trick: on the one hand, he offered an expected image and didn’t ruin a formed convention with the potential and at the same time, revealed, as accurately as possible, the spirit and contents of this quite sophisticated book. The book is not so much about Letov as it is about time, or even about the relationship with a certain complicated, intimate relationship.

Just like distant memories quiver and melt off in one’s mind’s eye, Flicker is vibrating on the book cover (set in red in one of iterations, but we realised that and an old photo picturing the author and his hero standing together like two best buddies, divided by the book’s spine, is blurred.

Why like that? Probably, and that is intrinsic not only to the text by Maxim Semelyak, but rather to any thoughtful text about Yegor Letov whenever we start talking about Grazhdanskaya Oborona, we inevitably reach the point where it is already about ourselves, our own pathological responses, a certain indefinable feeling. I believe this is actually that very punctum where an image becomes a hole behind which there is something bigger than one person can see at one time. 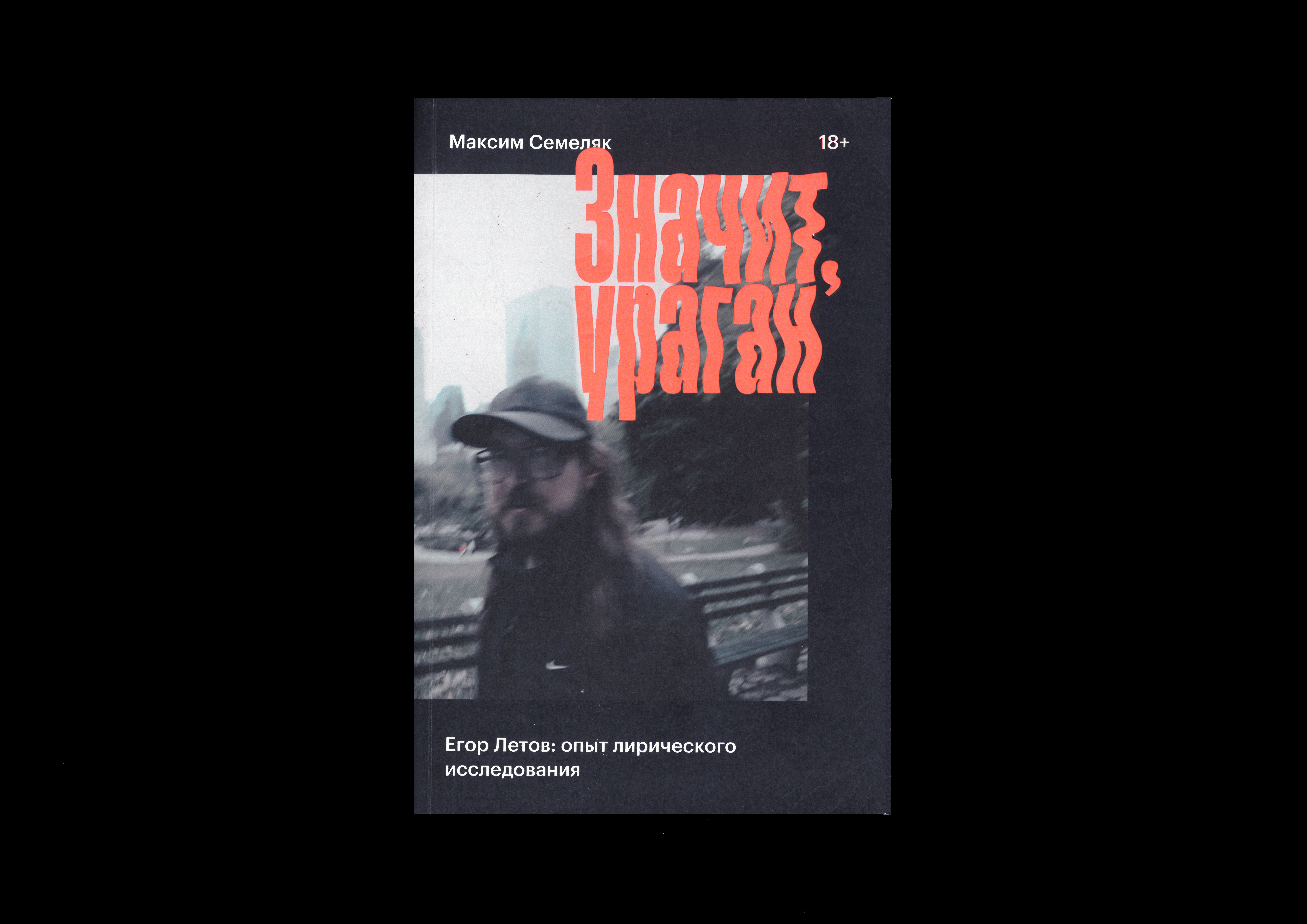 And (even though speaking of colour, choice of materials, typography from the point of view of a publisher seems to me a procedure of the same kind as doing an autopsy to find a person’s soul described by Andrey Platonov) I must add that the typeface alludes to the psychedelic era that Letov loved so much and album covers of garage rock musicians of the whom he, in fact, at some point of his life copied. 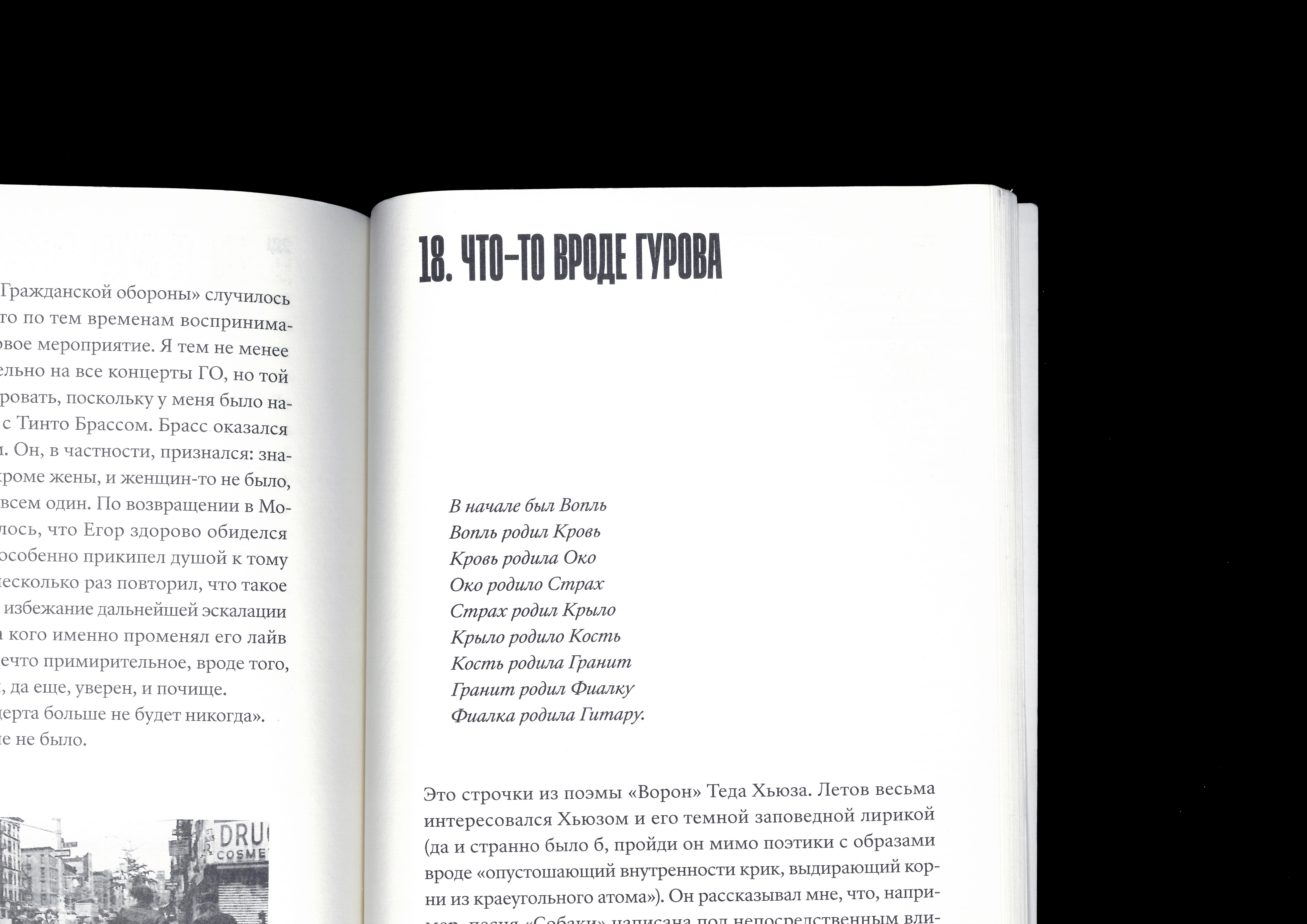 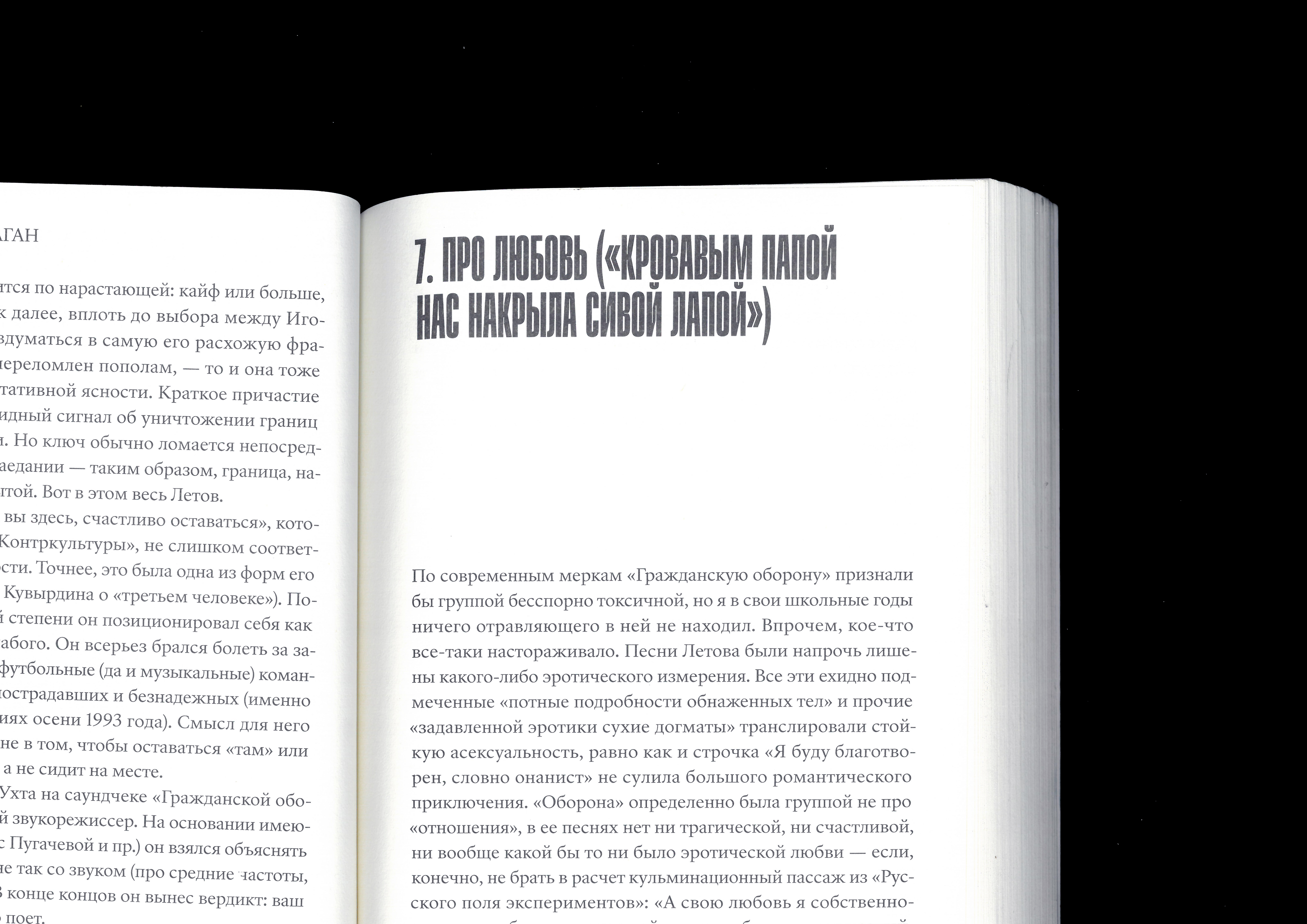 Flicker is a variable font by Daria Zorkina, distorted and reminding of water ripple. The font is equipped with stylistic alternates, fractions, indexes, case-sensitive punctuation; supports extended Cyrillic and Latin. 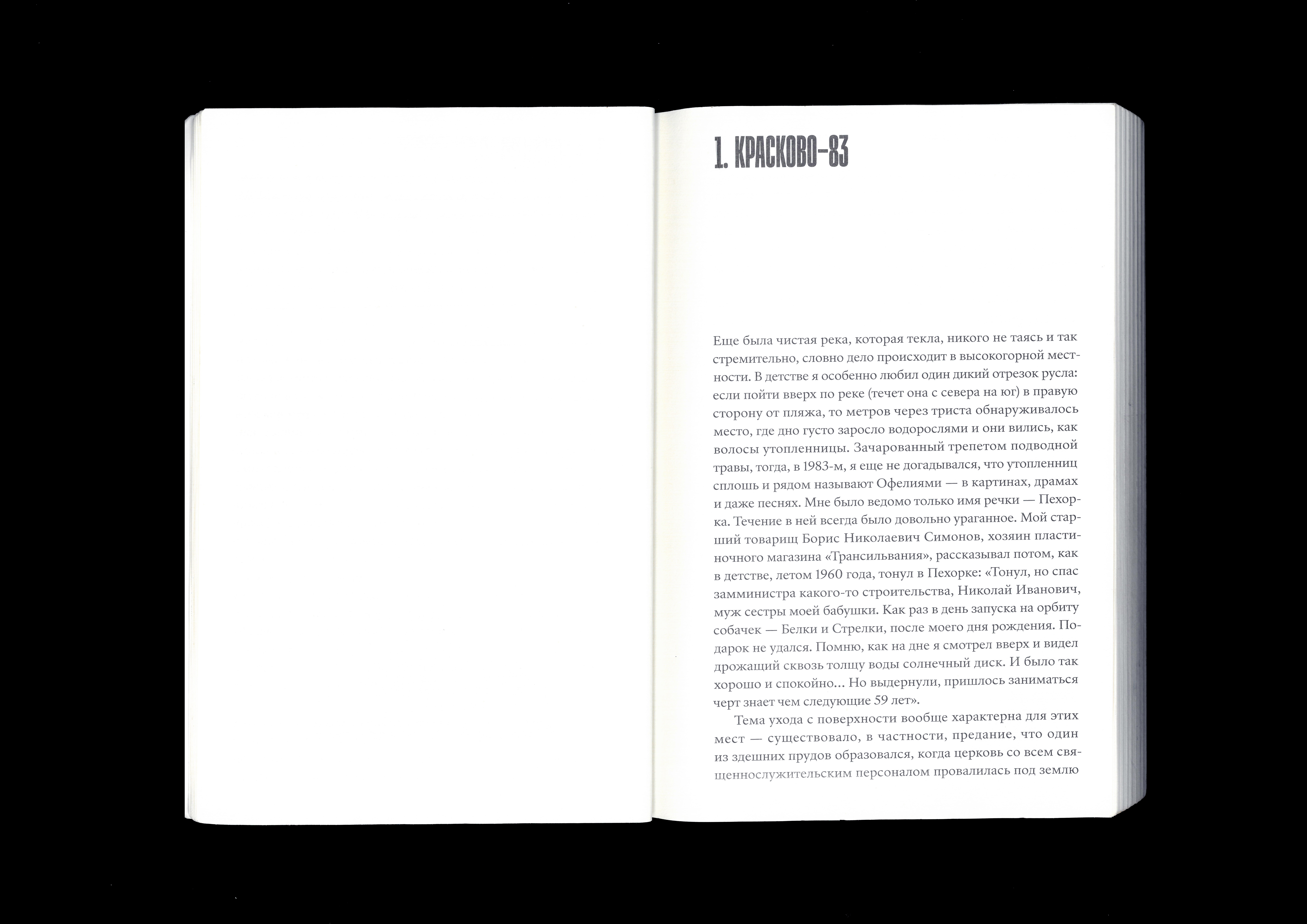 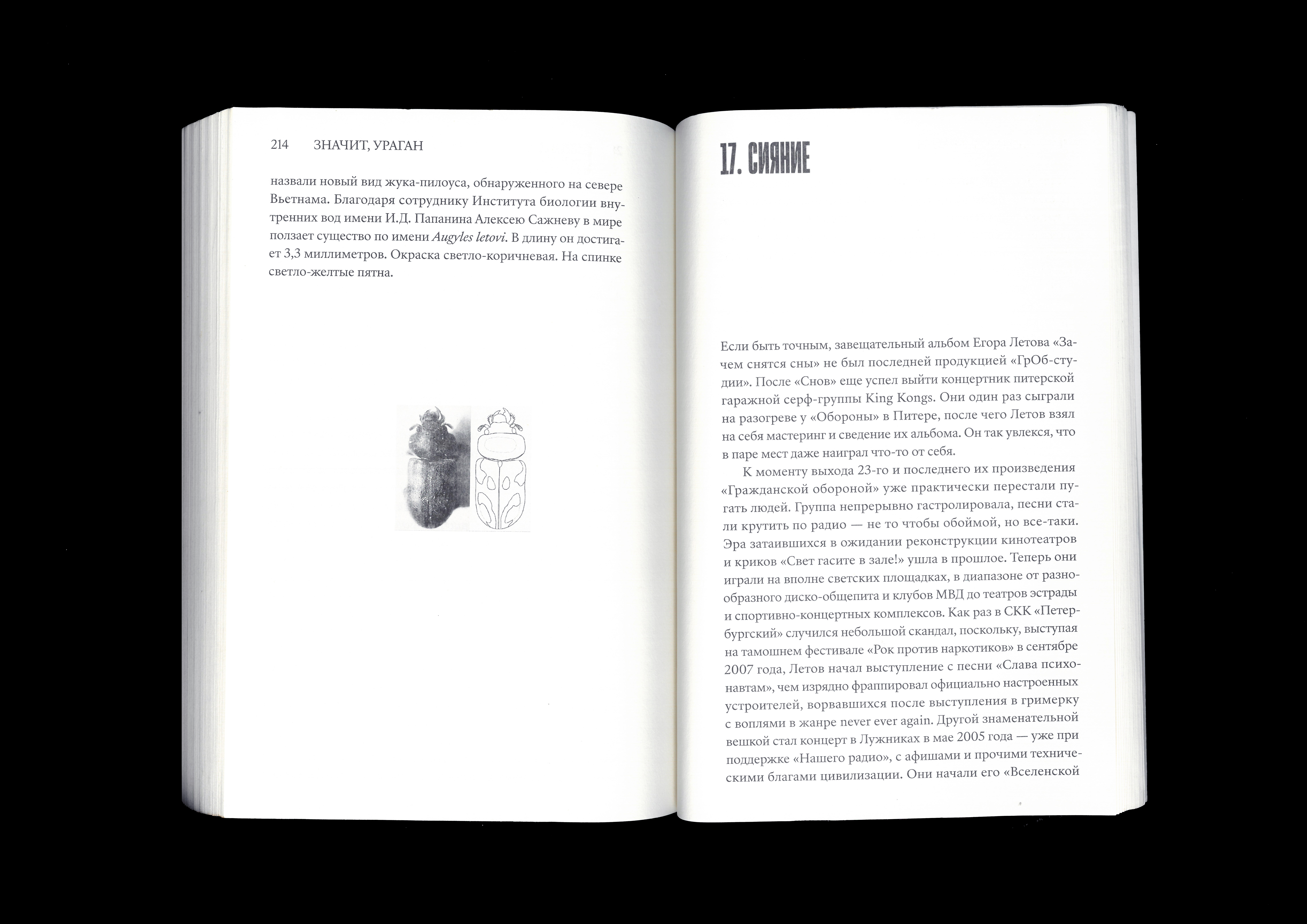 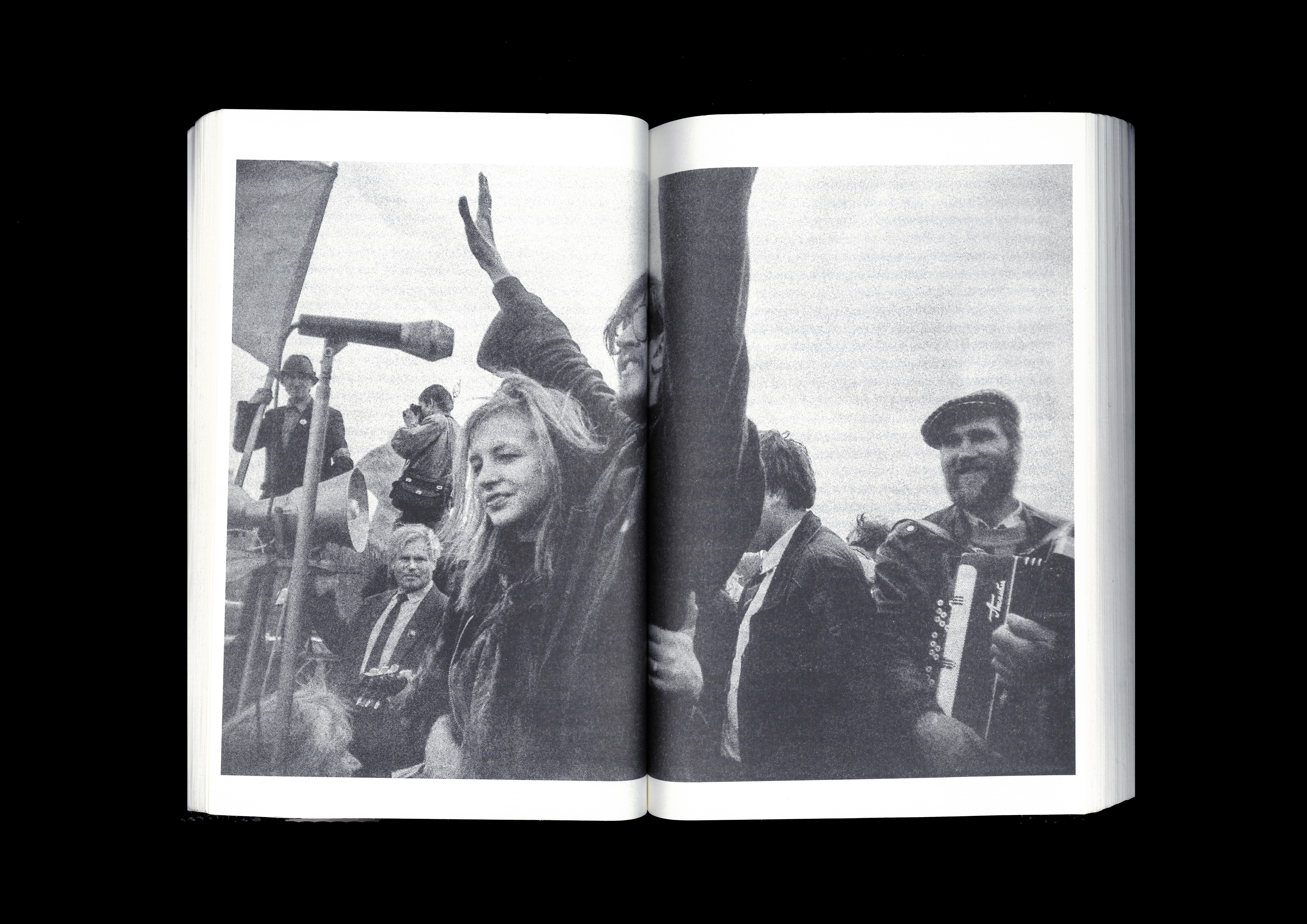