What line length is best, what slant direction is most relevant, a font for all scripts, variable 3D, and BBC redesigned

Key typefaces of the month, as seen by TypeCache

Every day Shohei Itoh, Taro Yumiba, Akira Yoshino update the TypeCache base with new type releases. Here are the biggest novelties of November, according to them: 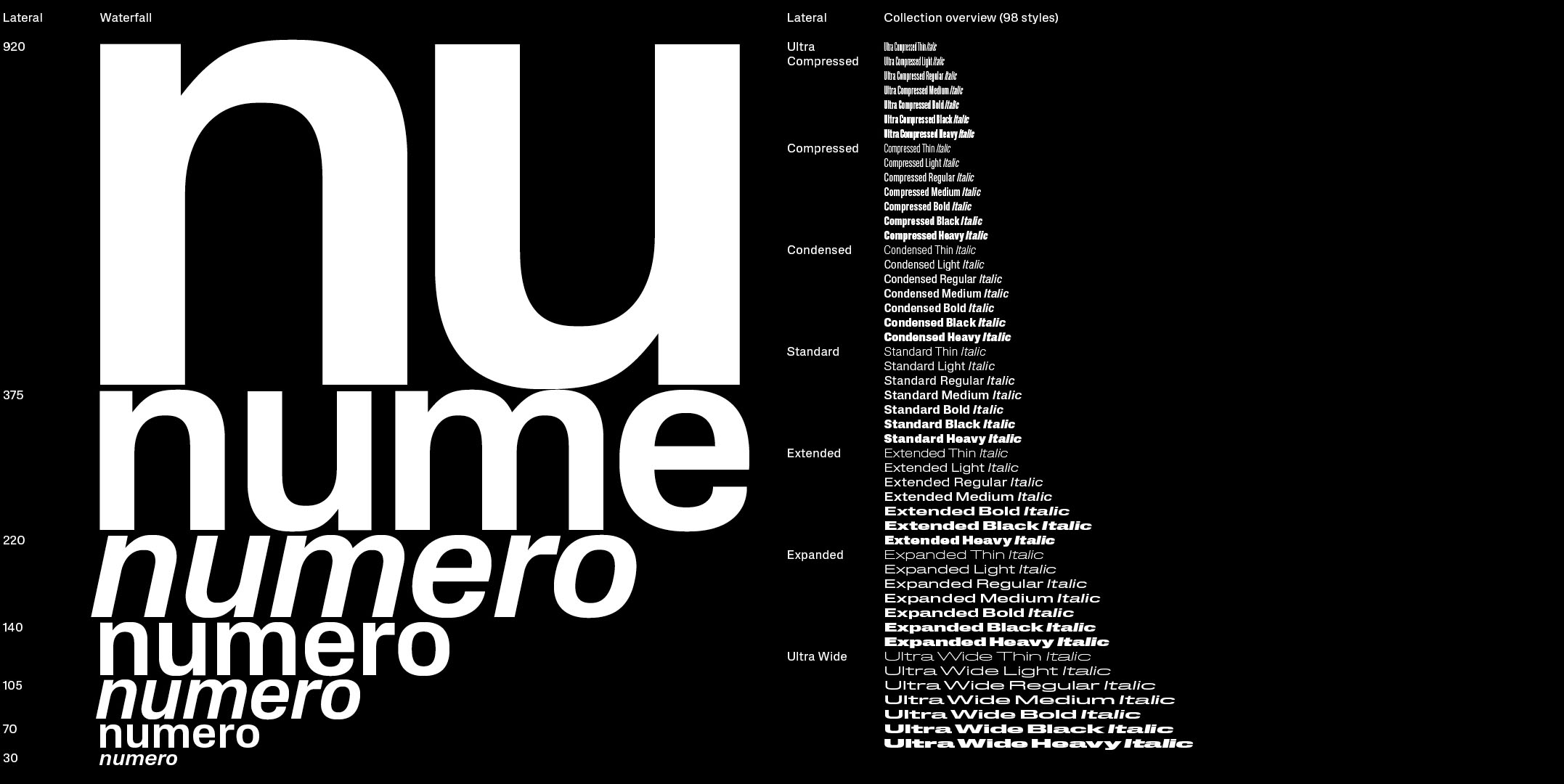 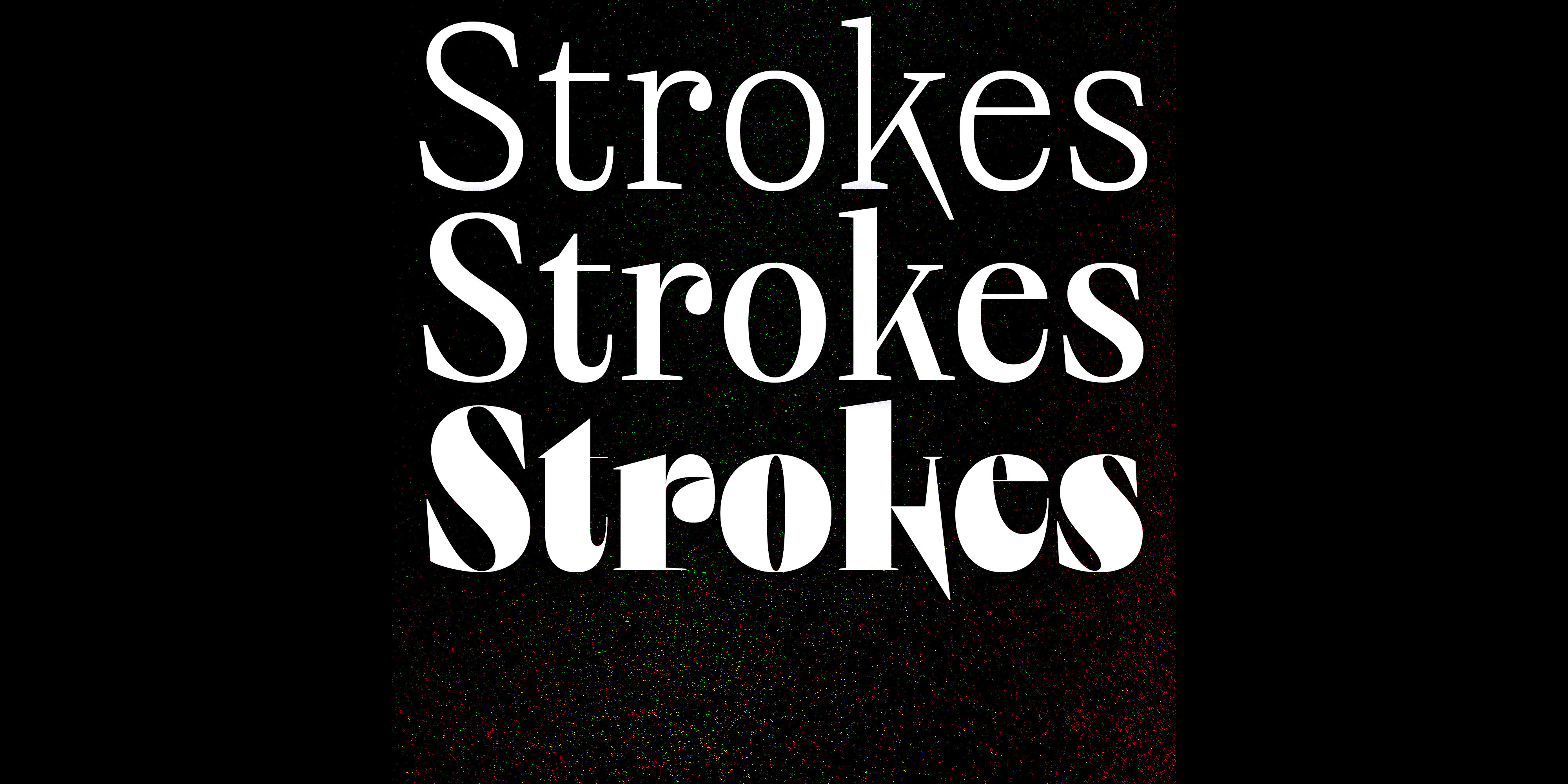 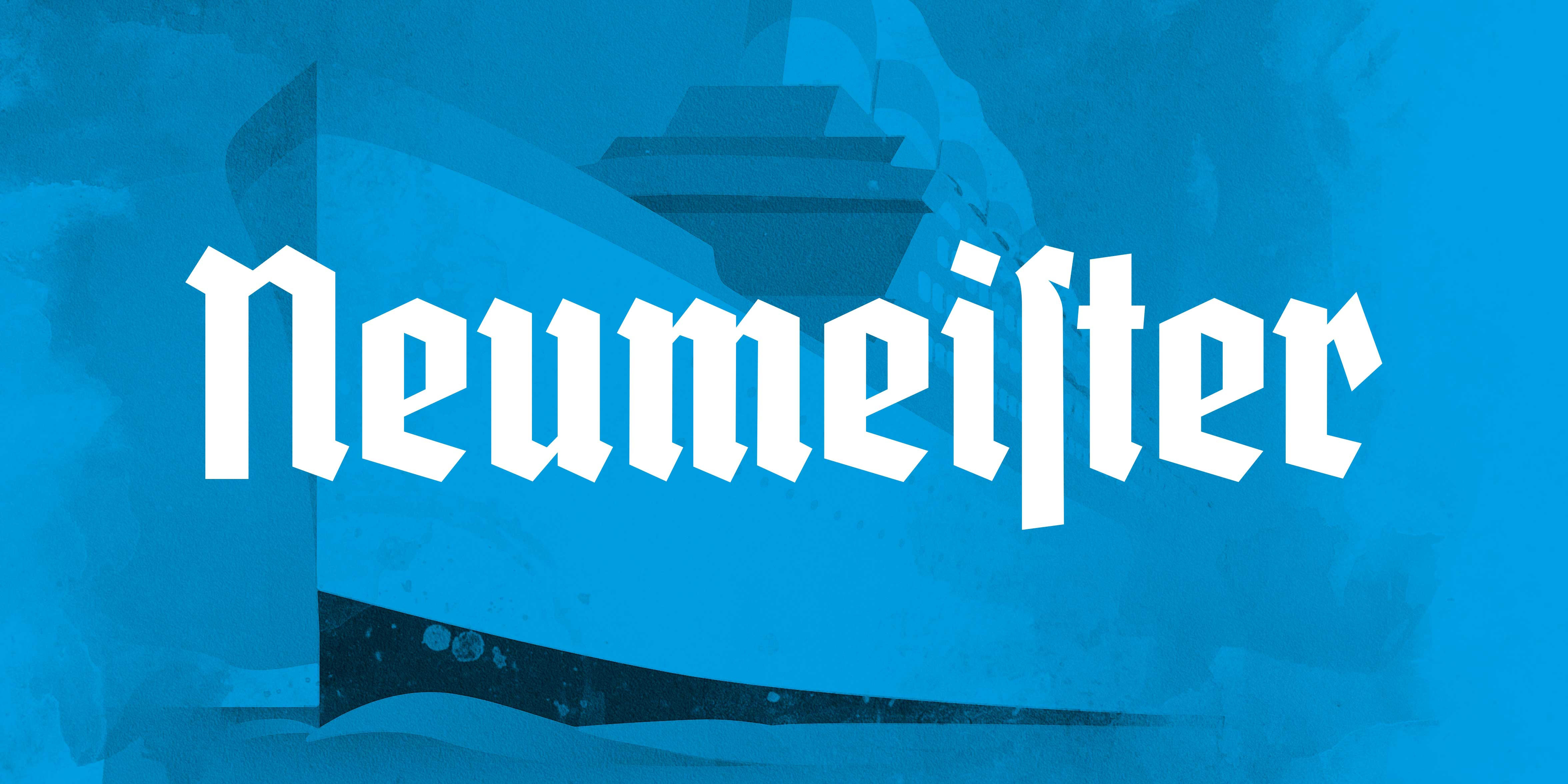 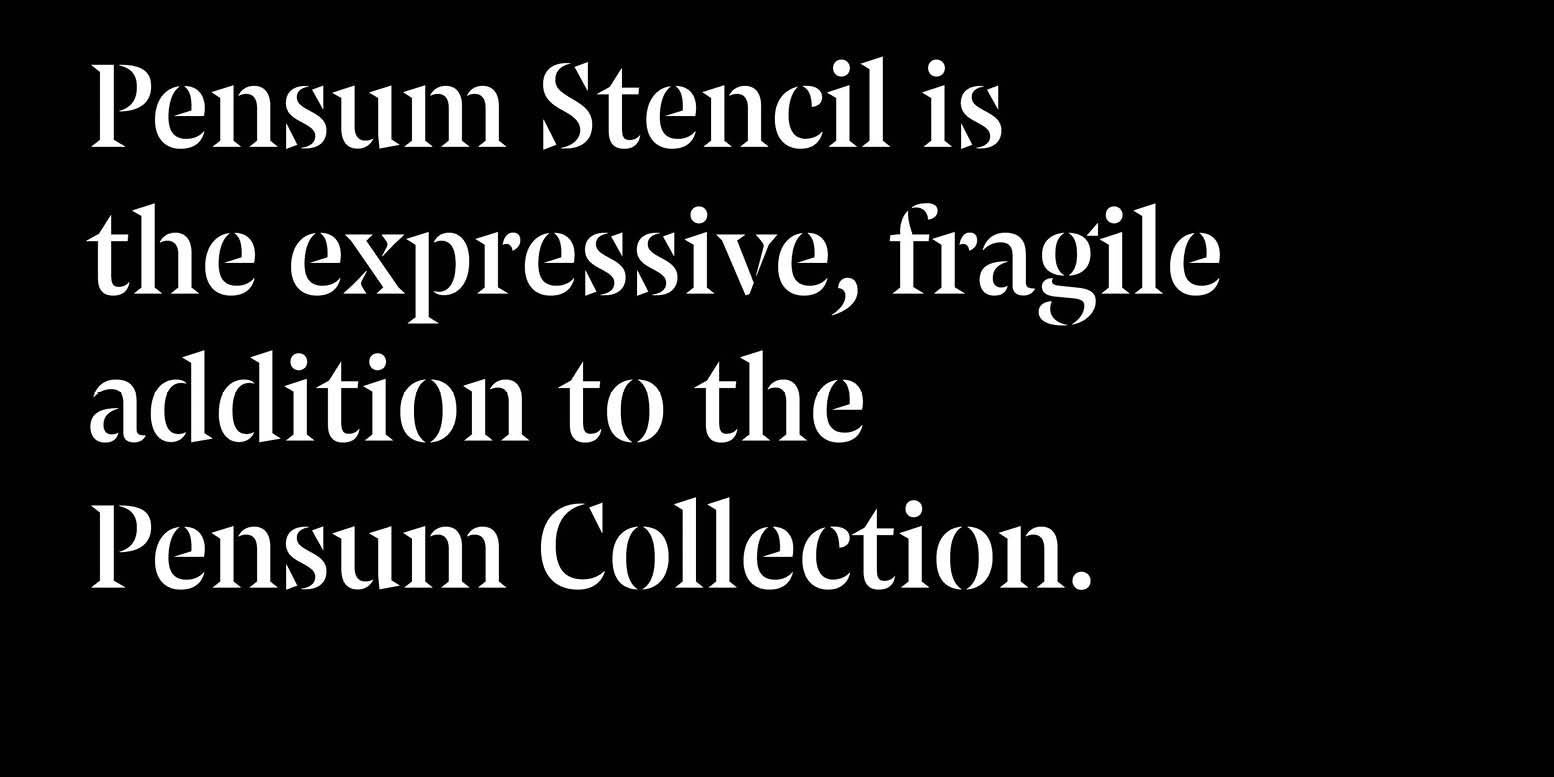 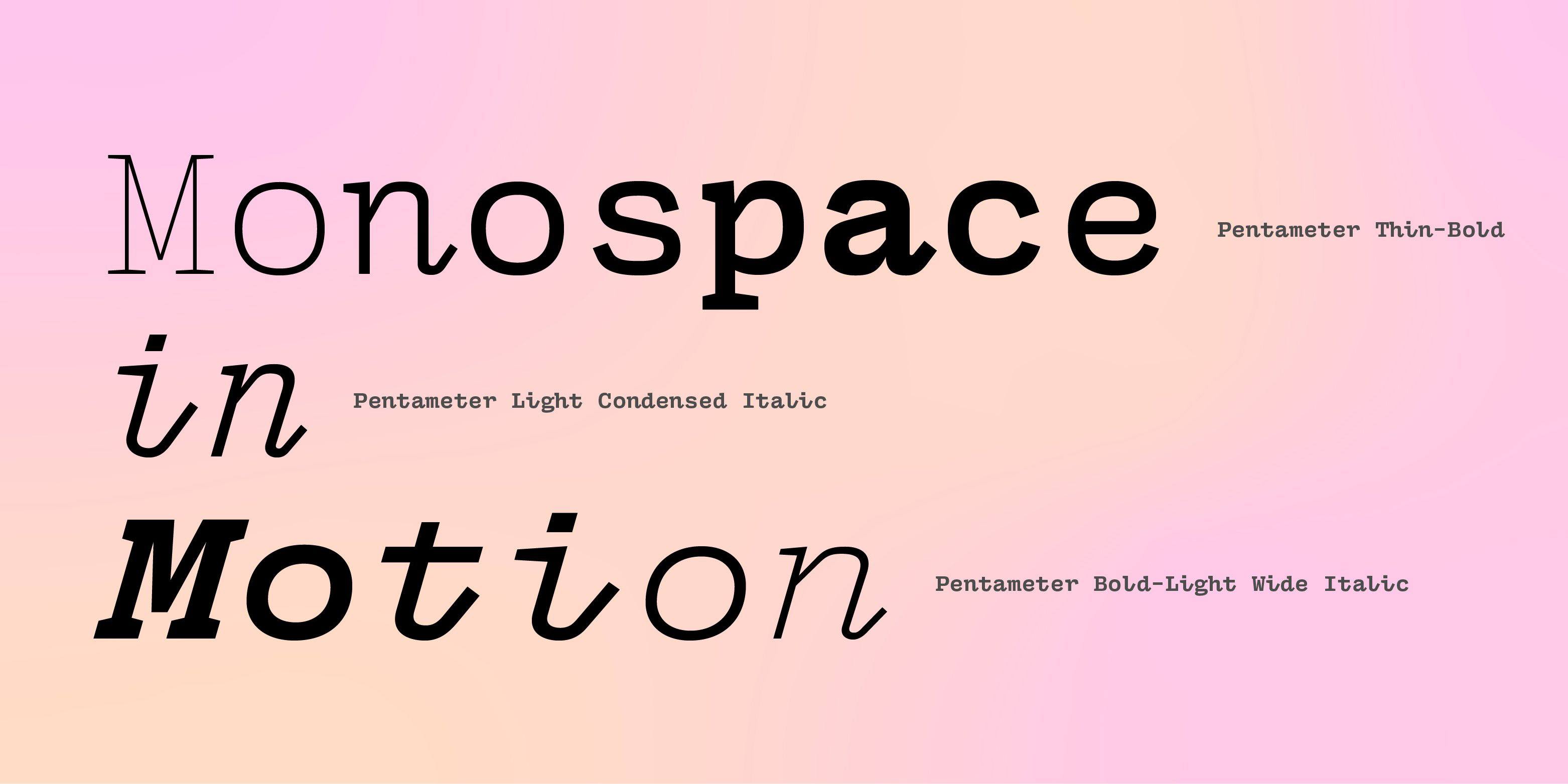 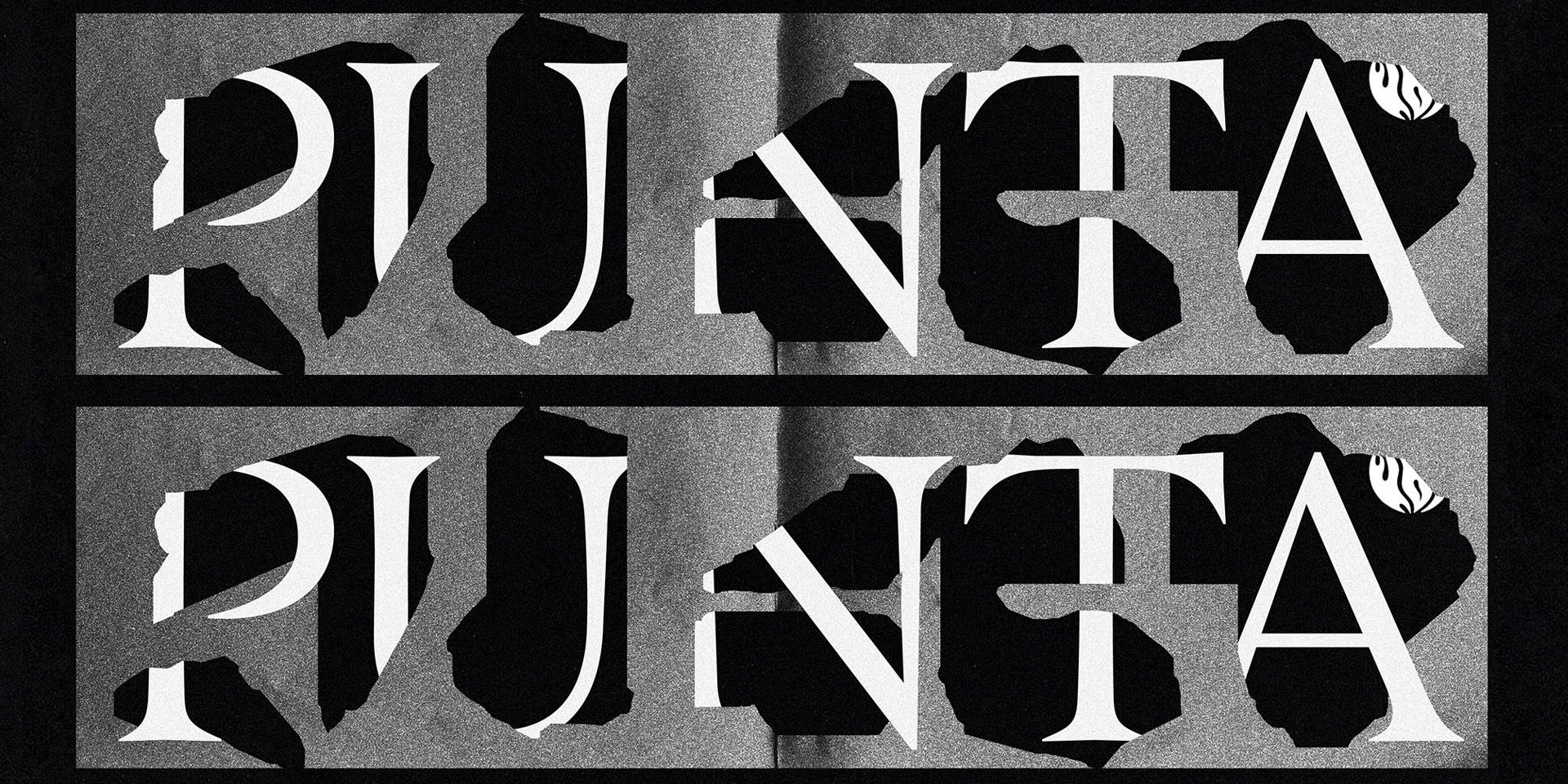 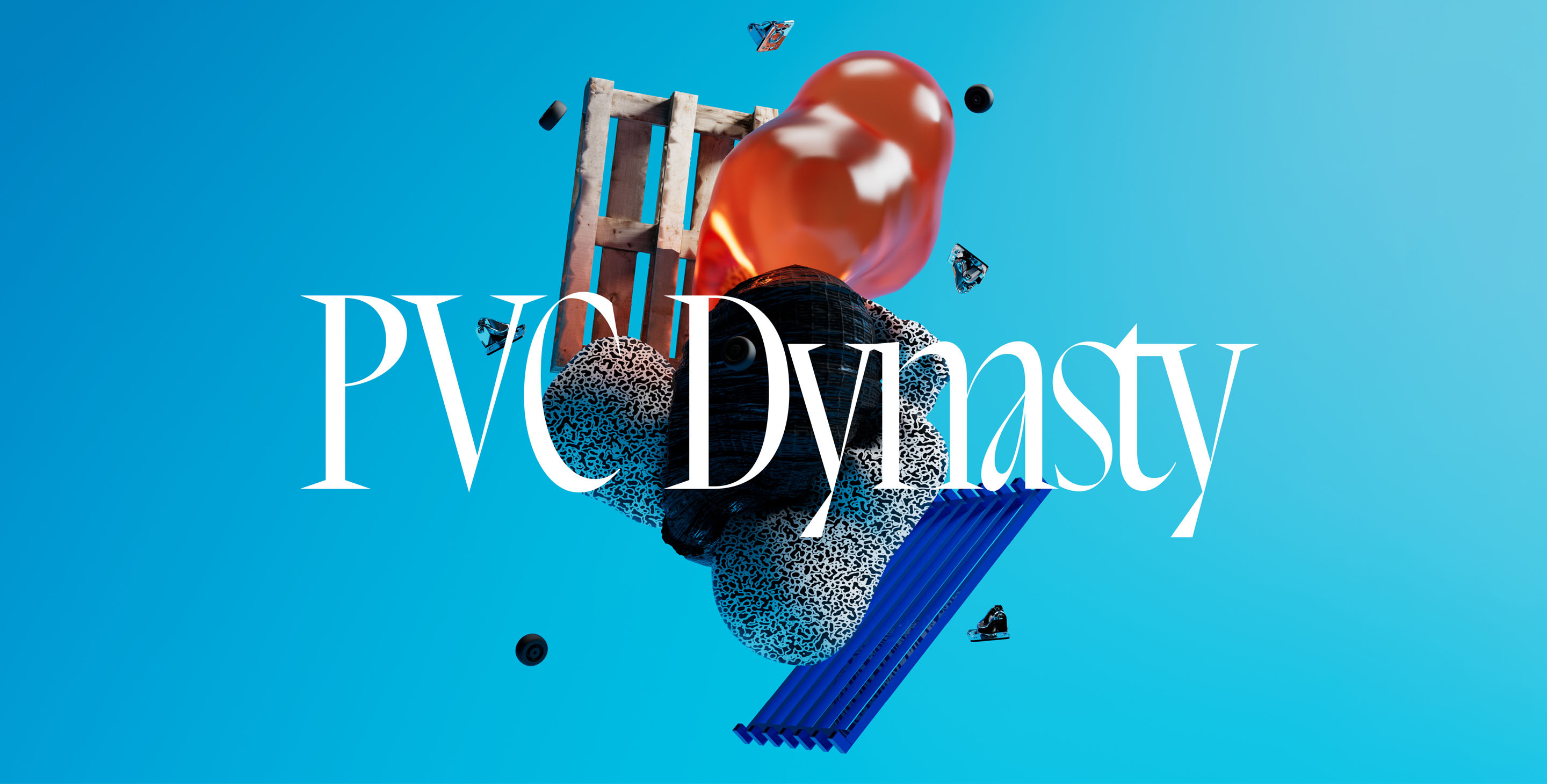 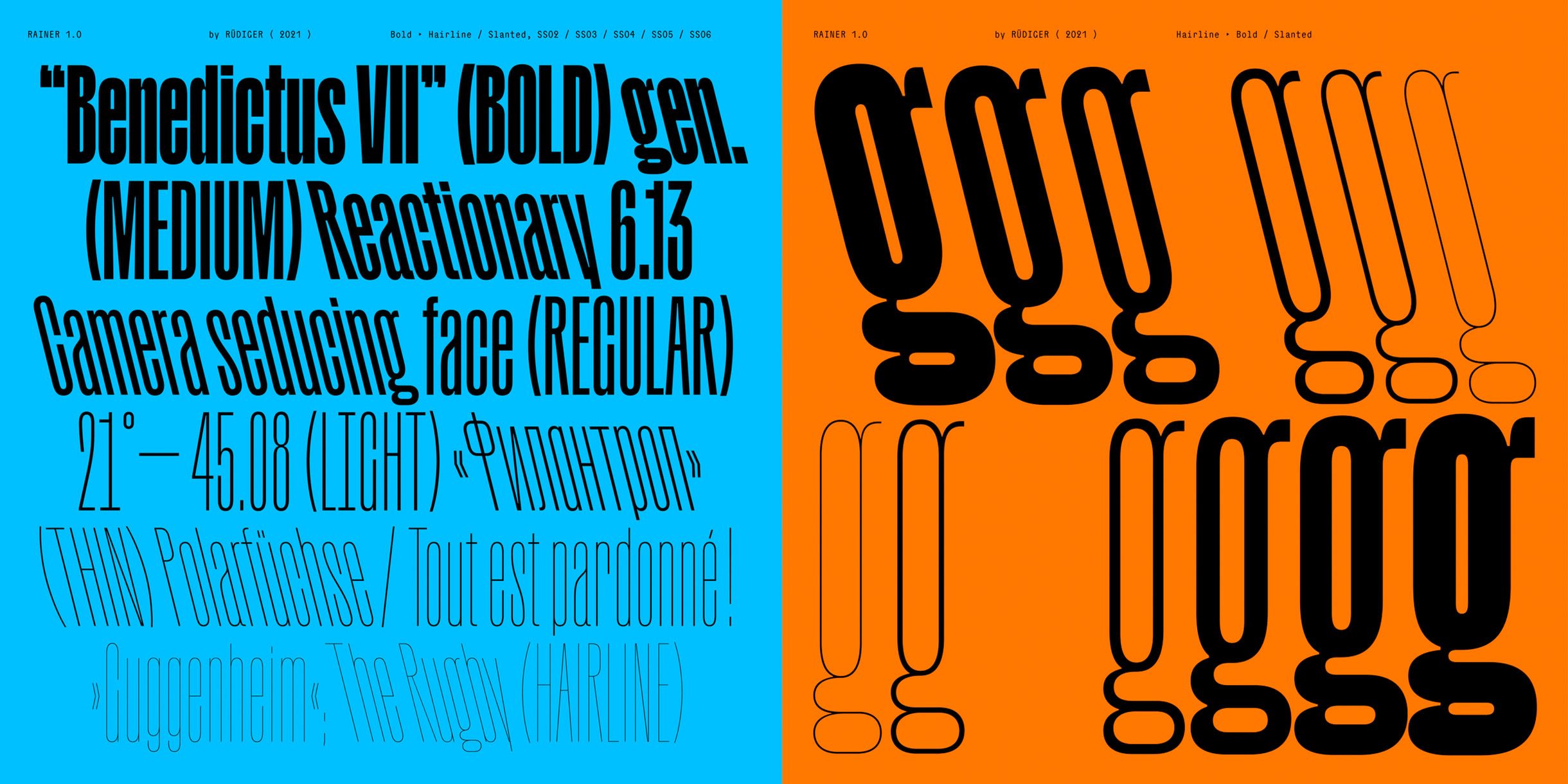 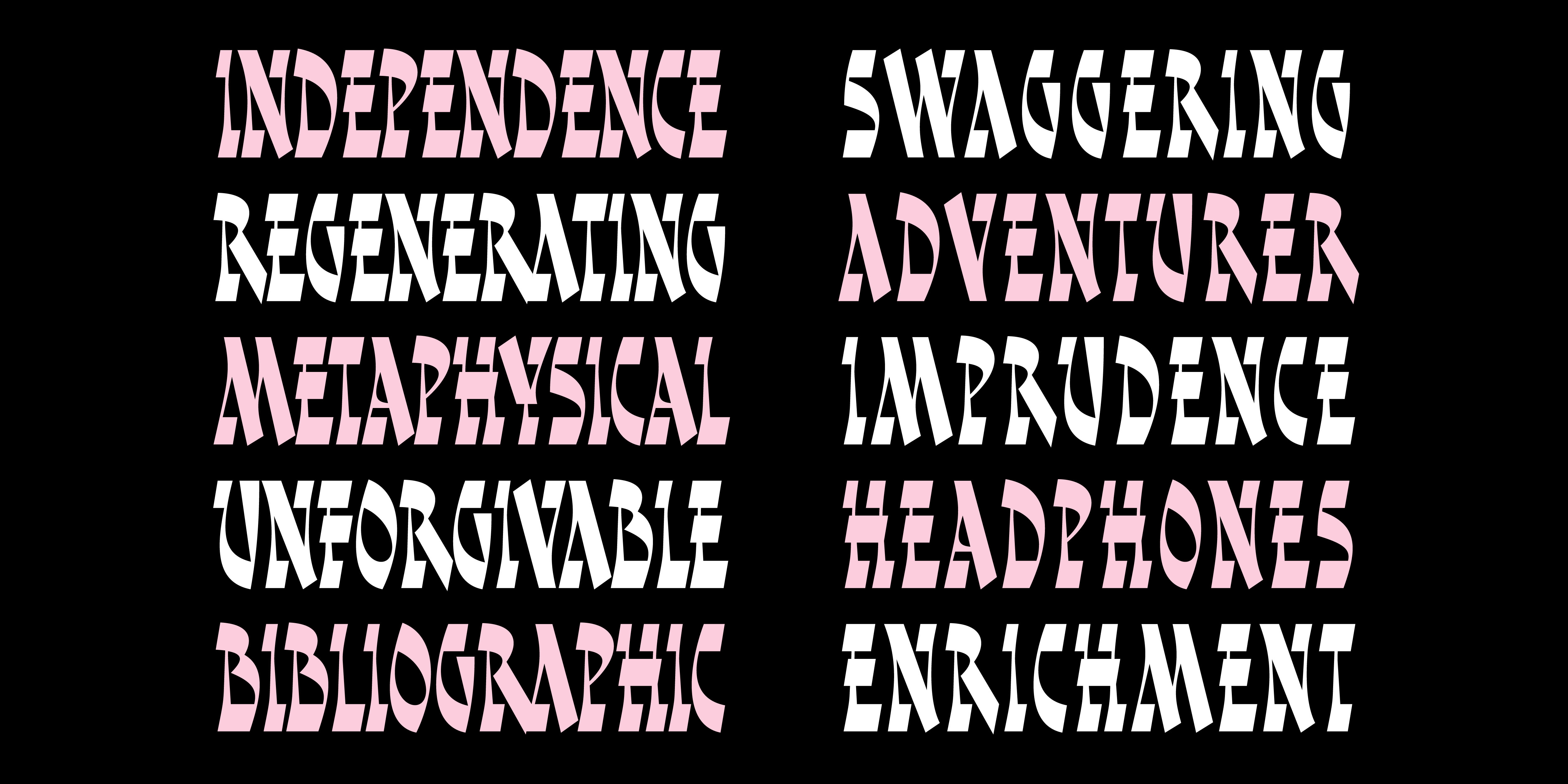 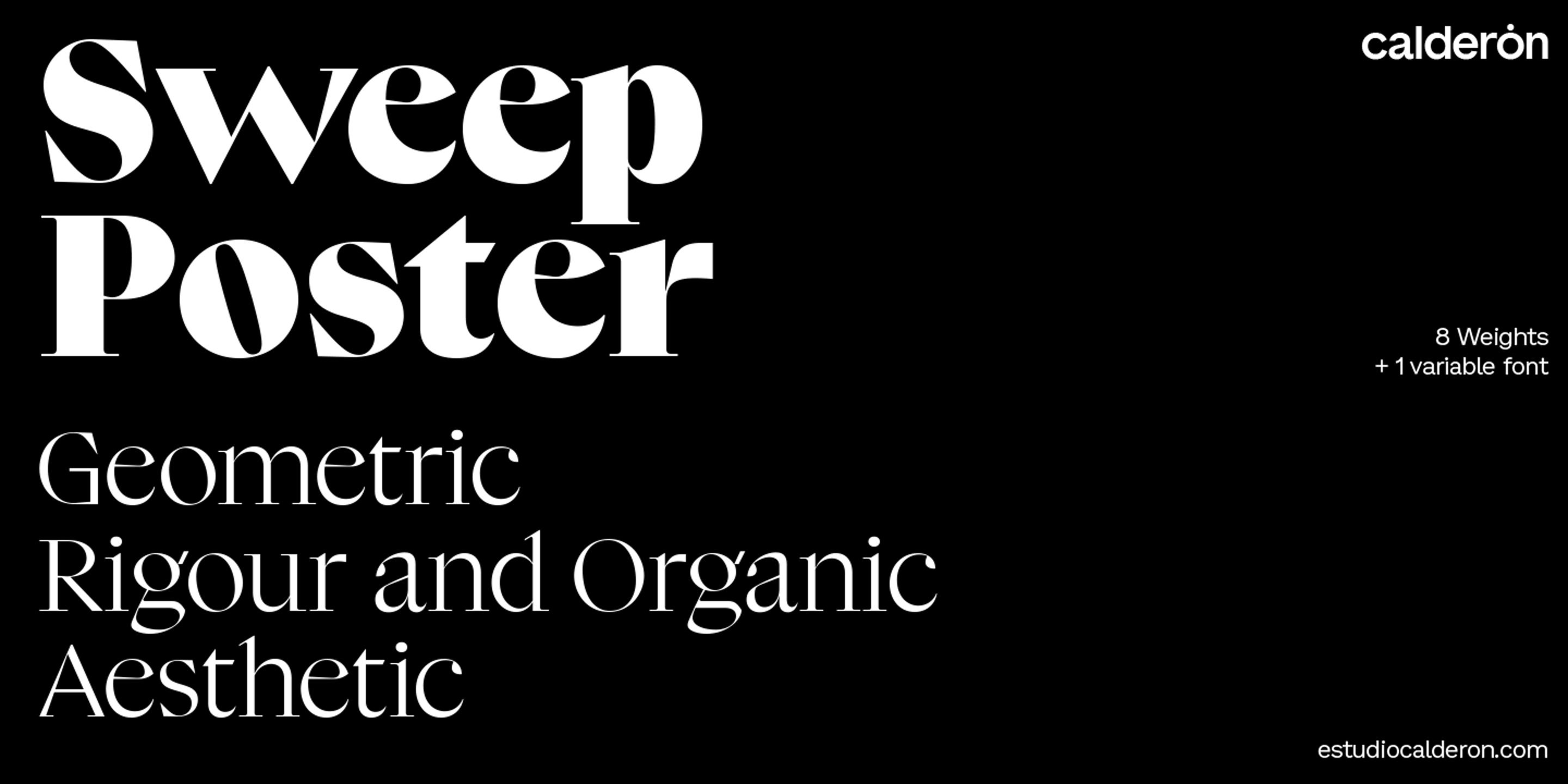 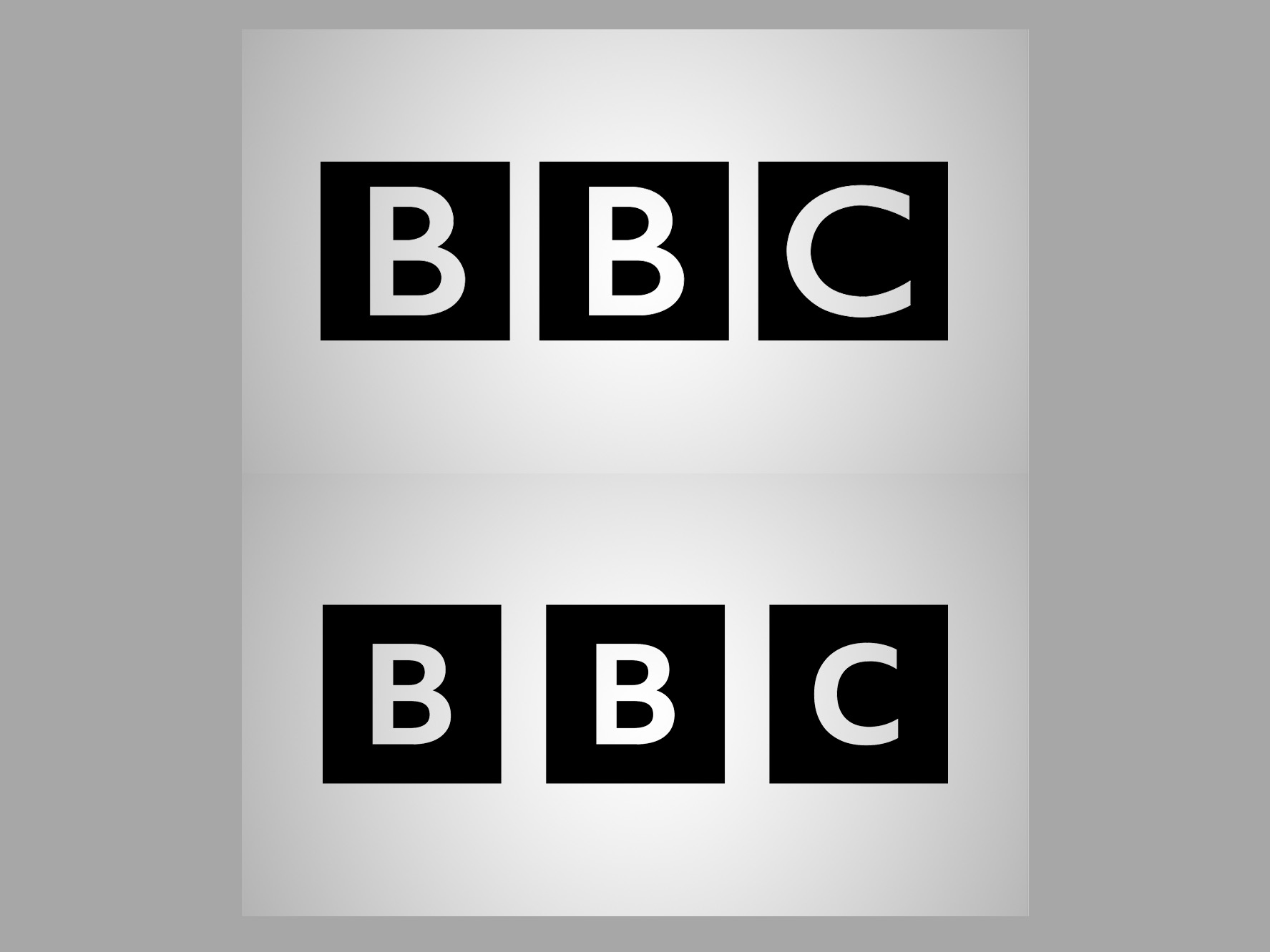 The British Broadcasting Corporation got a new logotype: the three letters incorporated in blocks are now set in the bespoke font called Reith (designed at Dalton Maag studio as far back as in 2018). When asked about the cost of this redesign, the BBC press office noted that ‘it would be wrong to suggest that it was significant’. 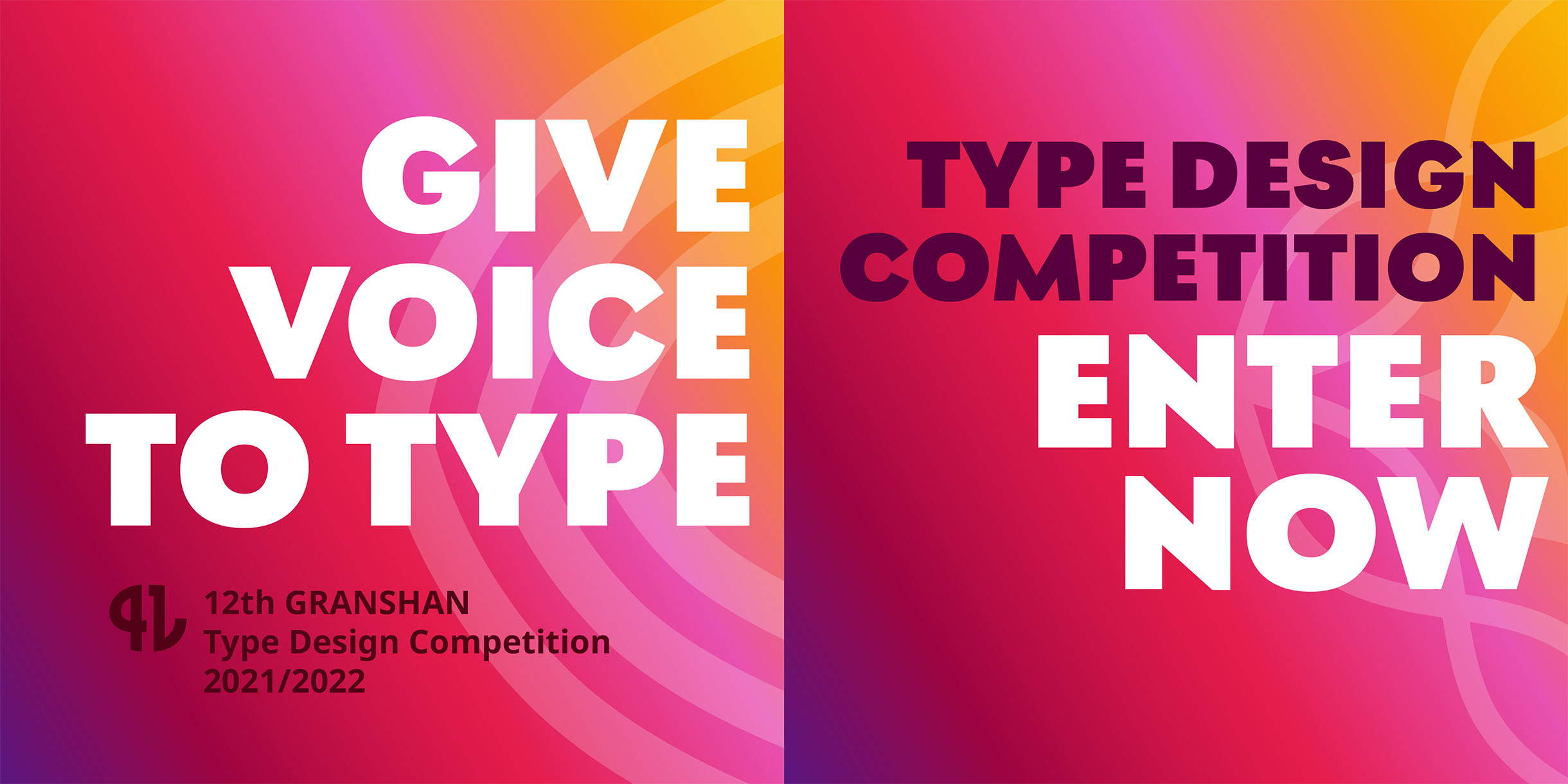 One month left to submit your work to Granshan Competition

Granshan, one of the most prestigious contests when it comes to non-Latin typefaces, invites designers dealing with Arabic, Armenian, Chinese, Korean, Cyrillic, Greek, Thai, Hebrew and South Asian scripts to take part in their annual event. Granshan is open for entries till the 31st of December 2021, offering a considerably smaller submission price for low-income designers. 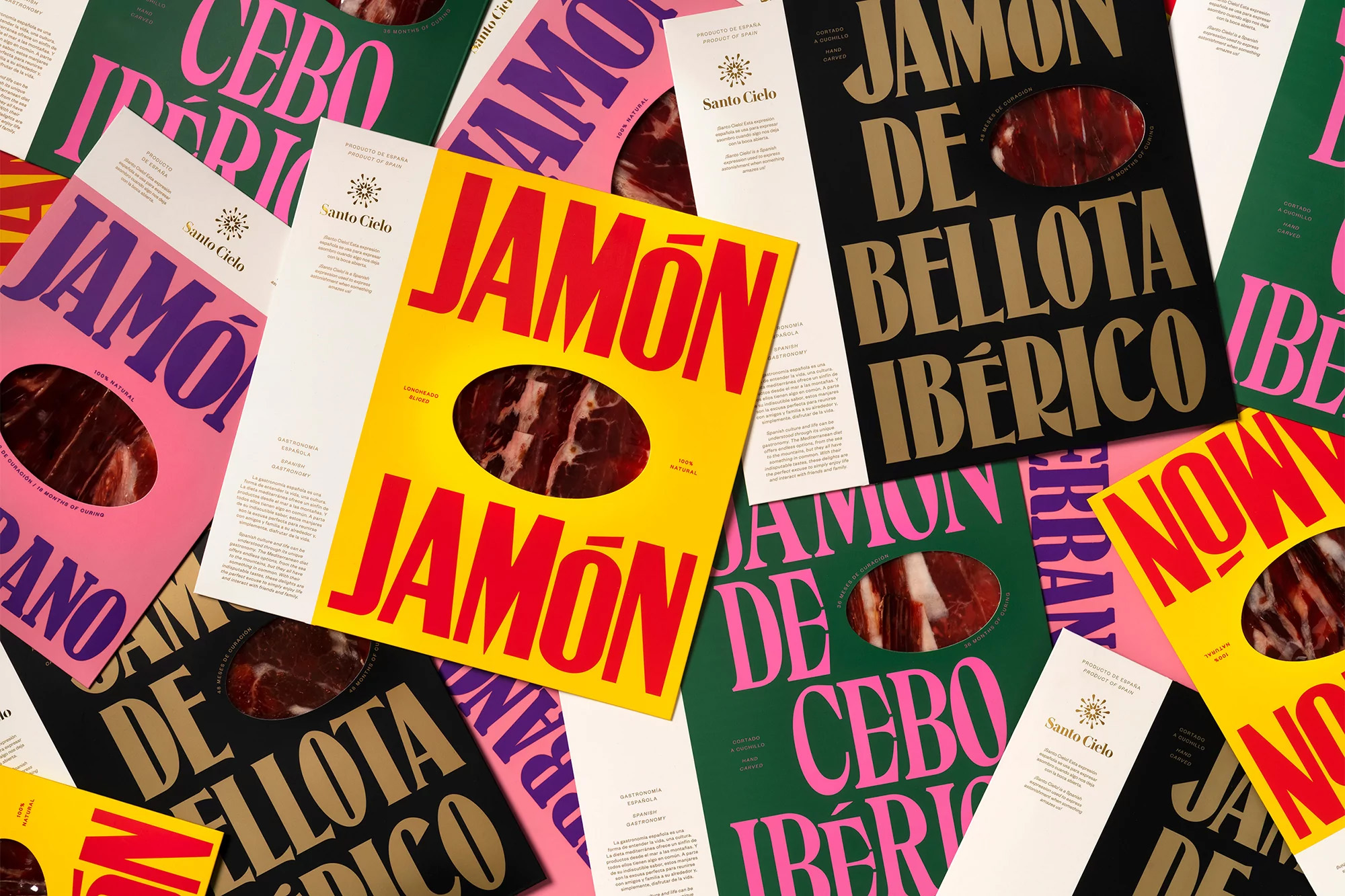 Pràctica (Barcelona, New York) did the branding for Santo Cielo jamón. The product has to introduce Spanish culture to the Chinese market with the use of comprehensible visual clichés — hence the contrast, bright colours and large typography referring to Spanish vernacular lettering (Errata, Bernard Condensed, McCollough, Peignot Condensed) on the packaging. The Santo Cielo logo is set in Le Jeune by Commercial Type. 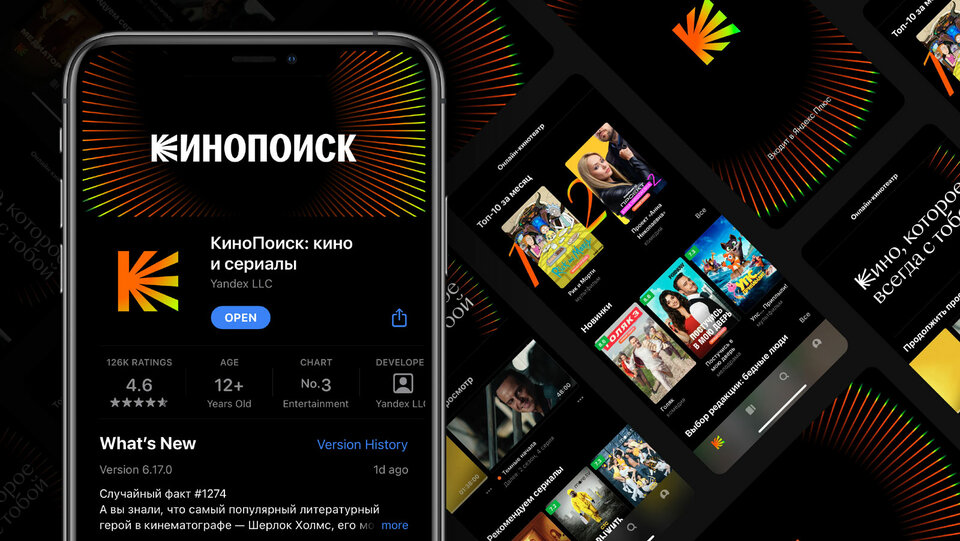 Contrast Foundry designed yet another big logo — for KinoPoisk which is at the same time a Russian equivalent of IMDB and an online movie theatre owned by Yandex. Compared to the previous logo (designed at CSTM Fonts using Graphik), the brand has clearly opted for more pronounced loudness and expressiveness. The key focus of public attention and criticism is the new uppercase К with a bunch of additional legs/beams referring to the light of the movie projector (some are comparing it to the imperial Japanese flag).

Philipp Neumeyer (who happens to be author of Norbert from our type.today catalogue) has released the final version of the Rainer typeface that he had been working on since 2014. Rainer is a narrow sans serif with a high ‘empire’ waist, short ascenders and strict, super rhythmic structure. The key update is slanted styles — the author decided that the slope would be only right-sided (since there are too many fonts with left-sided slope). Rainer comes with Cyrillic and Greek sets designed by Neumeyer himself — not very conventional, but extremely high-quality.

November — one type to speak to them all

Typotheque, who specialize on script representation, have revised and updated their large and versatile sans serif family November — it supports Latin, Cyrillic, Hebrew, Greek, Arabic, Tamil and Devanagari scripts. Latin was expanded, Greek was redesigned, while Tamil and Devanagari were designed from scratch. Typotheque’s intention is that November will eventually support all the living languages of the world — and its related families November Stencil and October will as well.

Benoît Bodhuin designed another super display typeface. Rounded and modular, Bilibot looks like it was created for some sci-fi comic strips in the 1970s — but much smarter and way more creative than most similar typefaces released back then.

Our main collection has been enriched with Maregraphe by CSTM Fonts. That is a pretty wicked serif that can be both quiet, smooth and text — and very loud, fat, contrast, display. For fine tuning, there is a variable version. 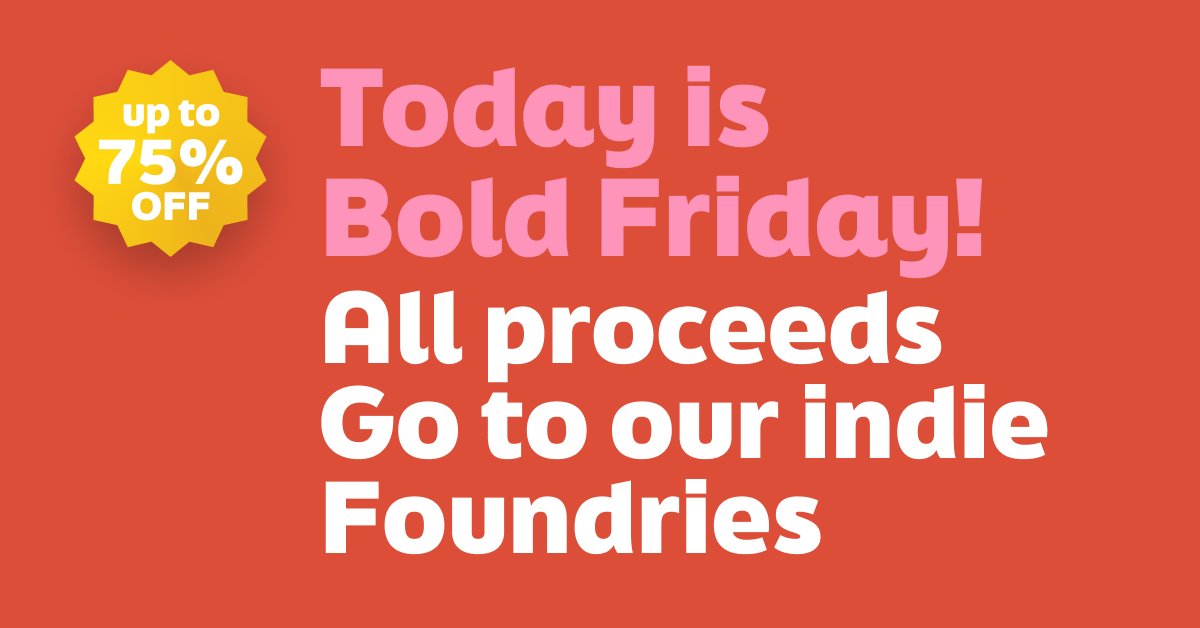 Independent type hypermarket I Love Typography asked their subscribers what they would like to be offered on Black Friday — and were requested to give all the income from 26 November type sales to designers. They decided to go with it — in addition to usual big discounts on certain typefaces, — because this kind of sales boosting campaign highlights professionals in the industry. 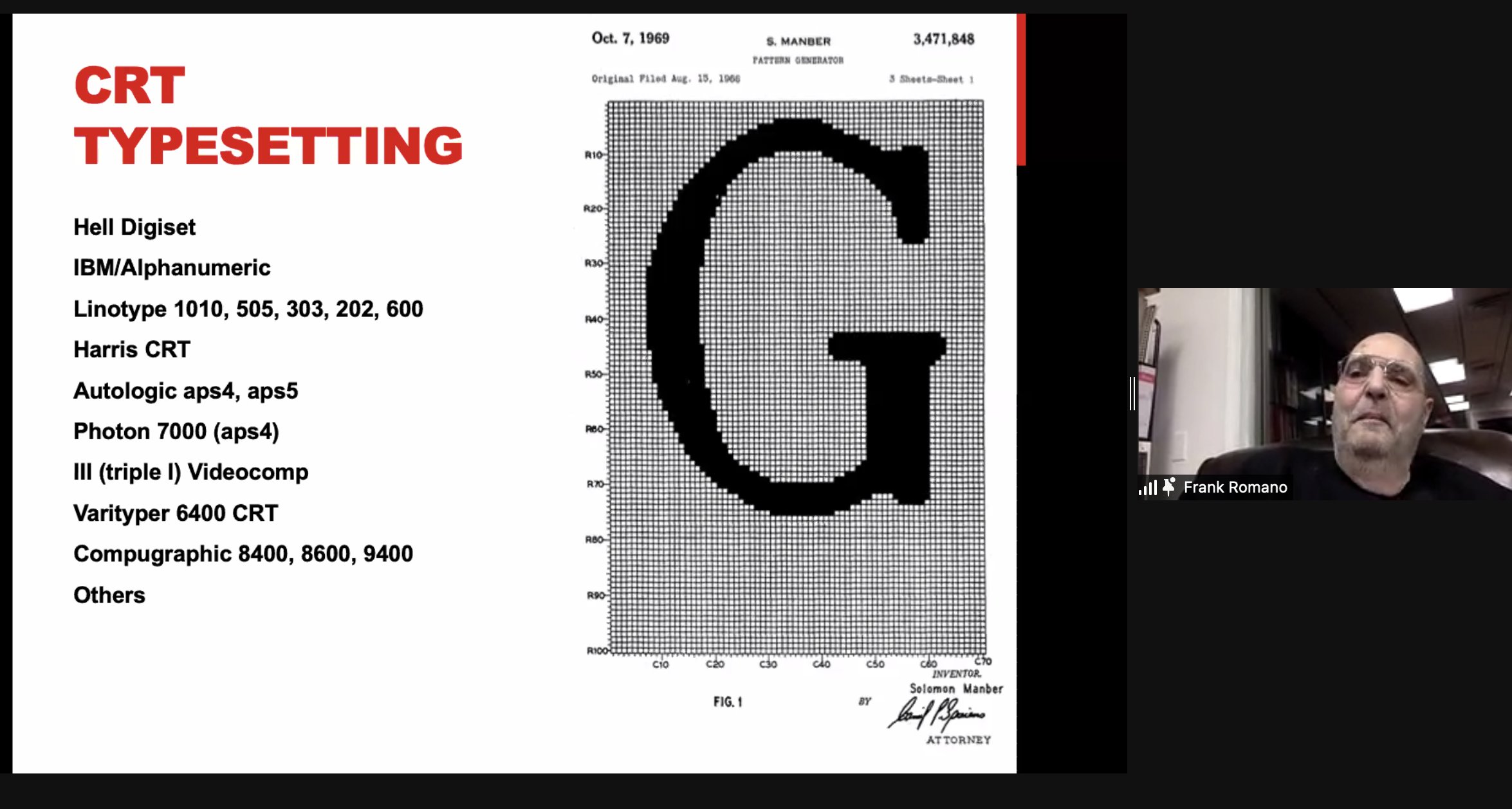 The second revolution in type

The Lubalin Center held an online talk on phototypesetting by Frank Romano from the Museum of Printing in Massachusetts. He spoke about all the main type technologies of the 20th century; the talk was detailed, illustrated and exciting (if you don’t believe me, please check some of those slides which the Lubalin Center posted on Twitter). 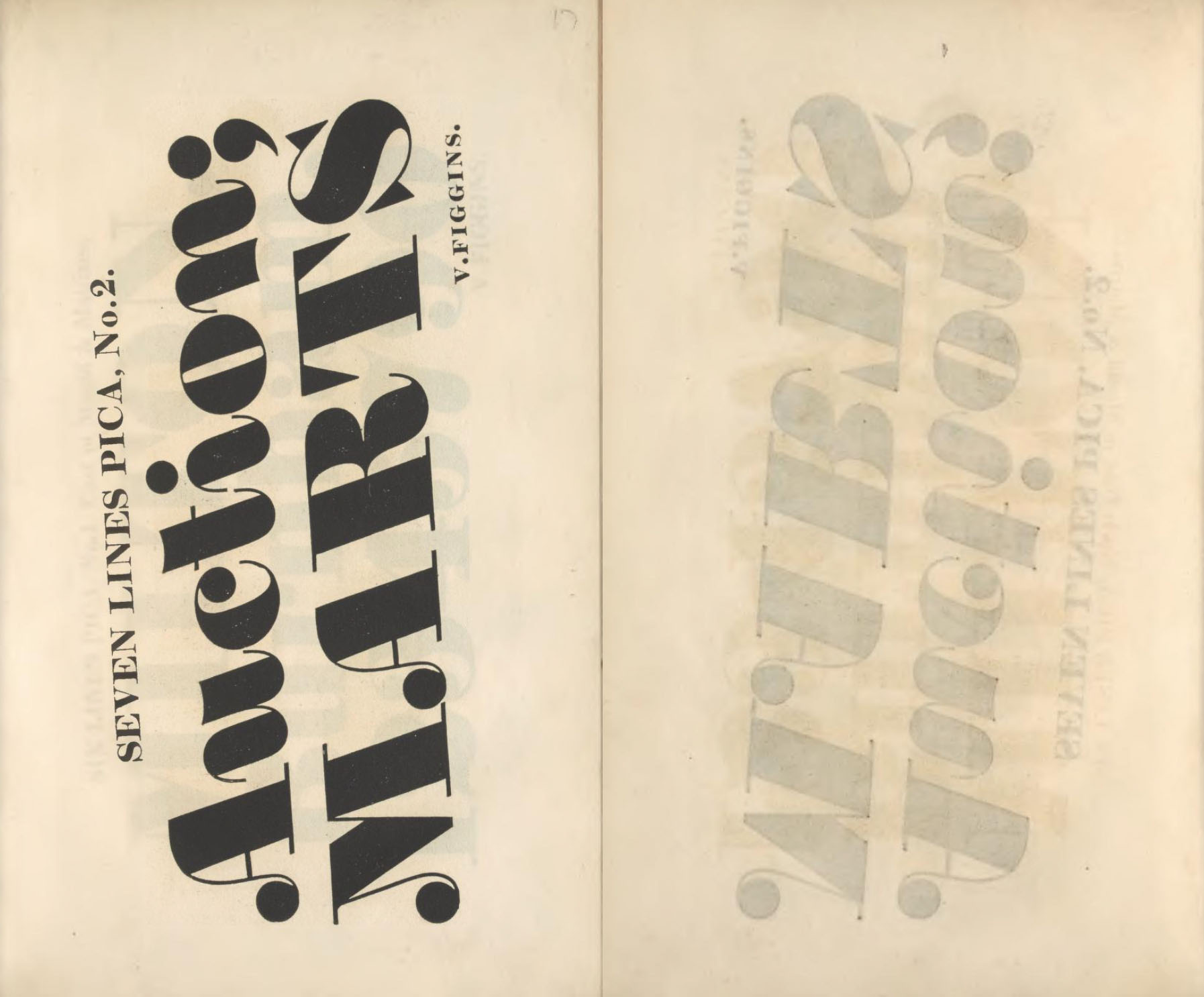 London-based St Bride library, one of the largest typography archives, celebrated 125 years and began publishing its scanned collection at Archive.org. The digital library now features six specimens from British foundries — that is hundreds of pages for doing careful research and drawing inspiration. 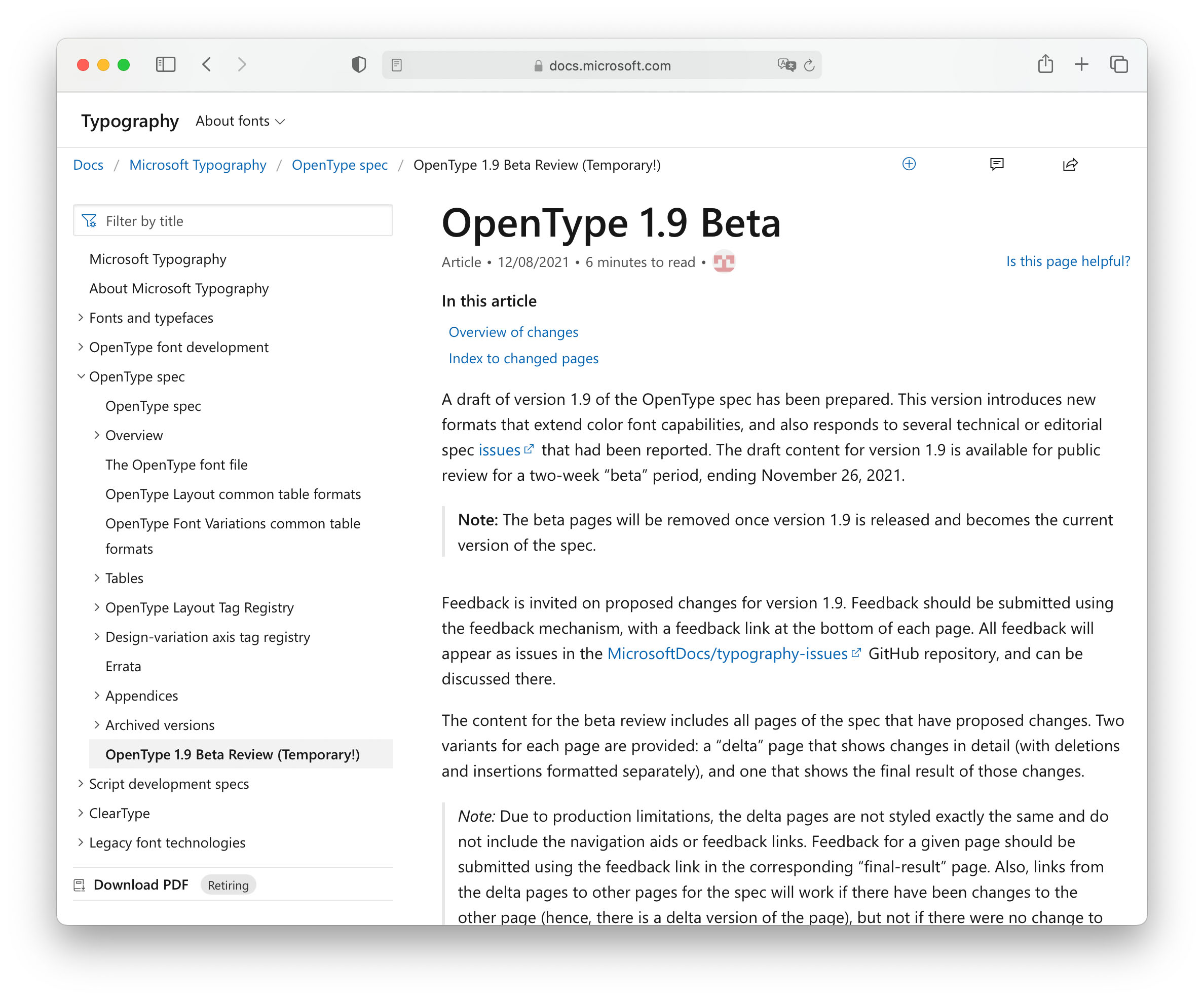 November saw beta testing of 1.9 OpenType — the key news is supporting colour fonts. The specification is ridiculously rich in technical detail — do not try to approach it if you haven’t produced a font file before. 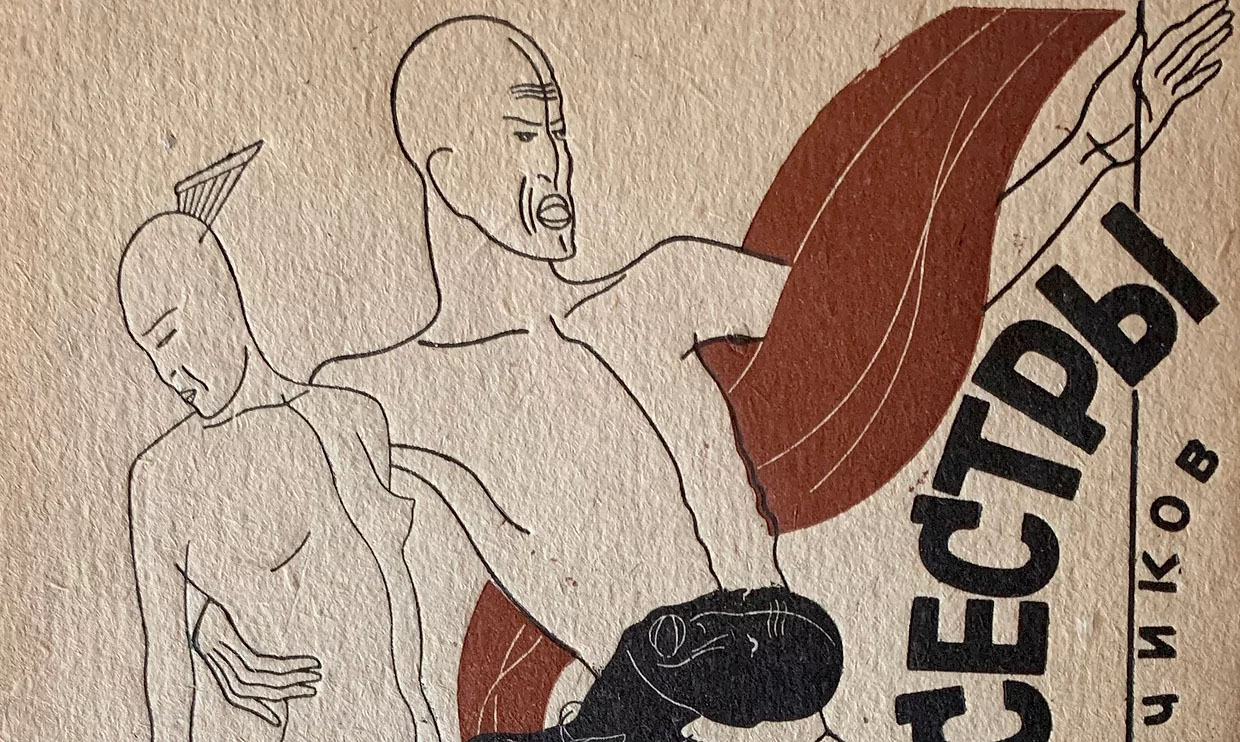 An exhibition of Boris Titov (1897–1951), a Soviet book designer, has opened at Na Shabolovke gallery, Moscow. It is curated by Rustam Gabbasov of Schrift Publishers, most items are sourced from Vladimir Krichevsky’s personal collection. Previously, works by Titov (with typography and illustration which are way closer to what we see today on Instagram than to Constructivism and Art Nouveau) were mainly available through books and albums authored by Krichevsky. 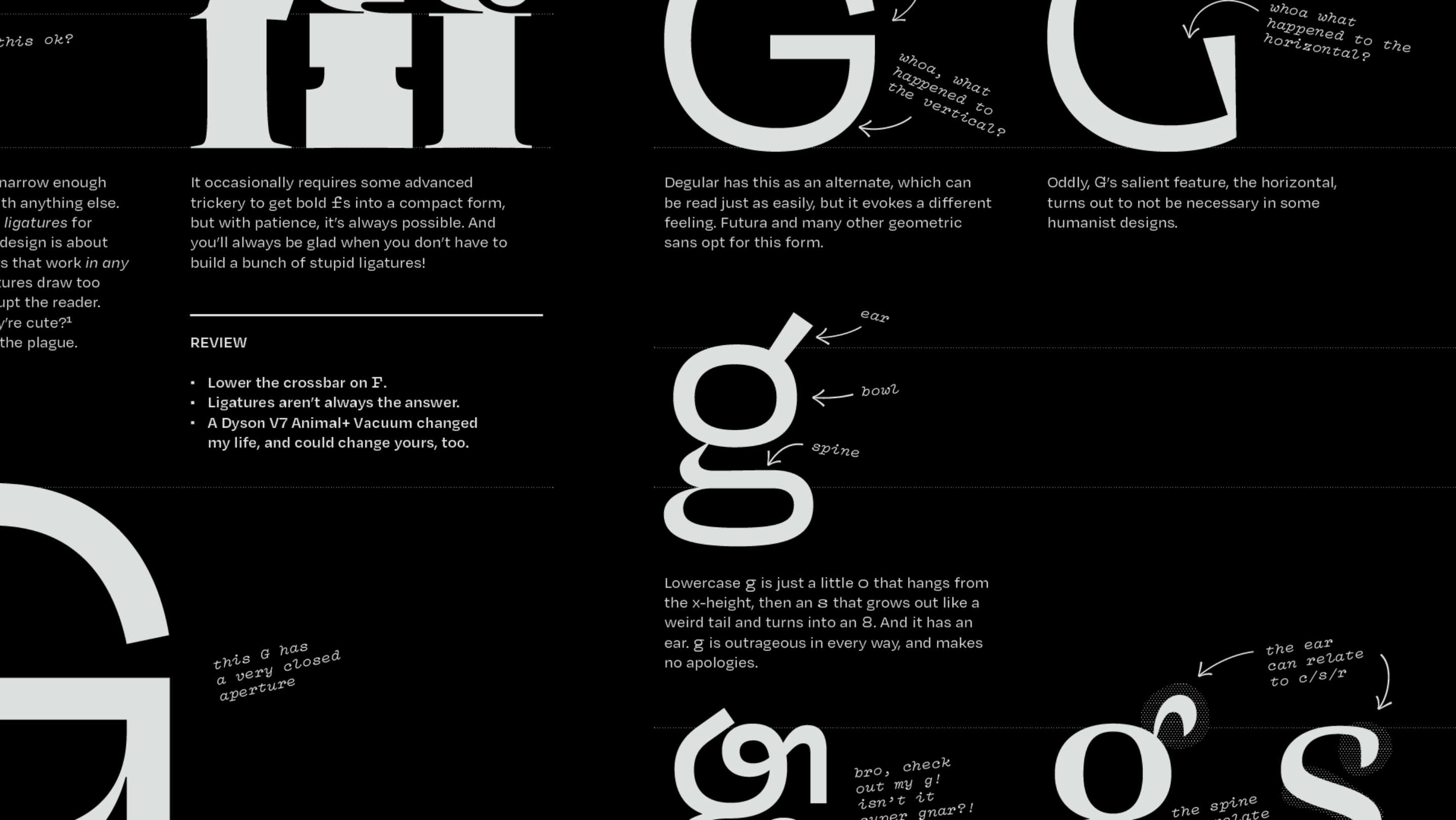 Last year James Edmonton (OH no Type) published a series of posts where he was explaining how to design basic Latin — and what problems a young designer could be faced with. Edmondson revised and expanded his initial texts, and compiled them into a zine — the initial print is now sold out, but you can purhase a PDF and get Degular Display Light as a bonus. 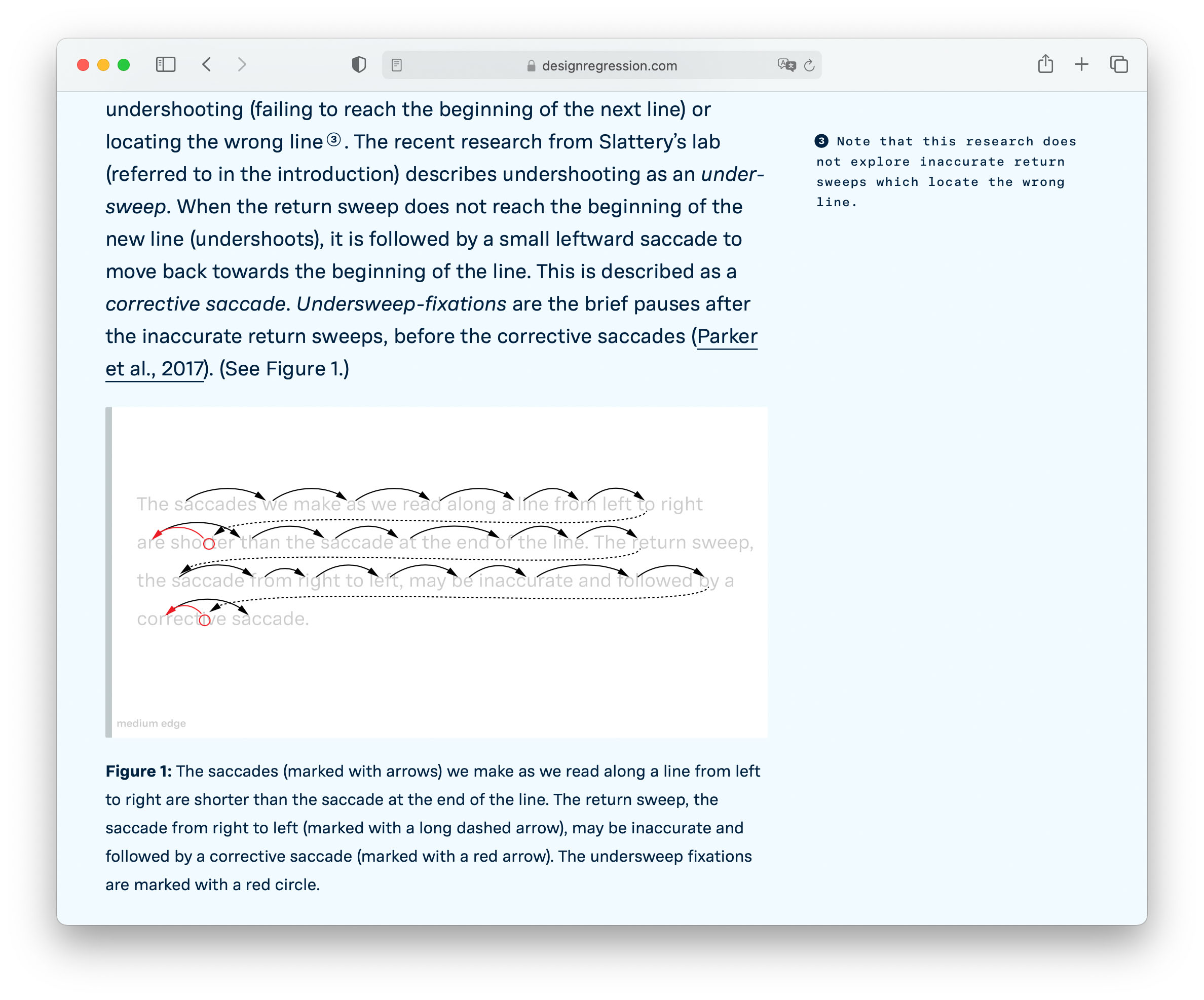 In her article for Design Regression (issued by Rosetta), Mary Dyson investigates a number of widely held views on optimal line length and deals with the results of eye-movement reading research. She reaches the conclusion that a larger number of lines and shorter line length do not necessarily facilitate the reading process — especially on screens.

In November Maxim Balabin used our Instagram as his personal diary. Maxim is an art director, photographer and traveller; last year, we talked to him about book design in Russia.

All November posts can be viewed at #typetoday112021. This December, Stepan Petrov is charged with our Insta.