Atlas was originally designed as a corporate typeface for Munich Re, one of the world’s largest reinsurance companies. This typeface deliberately avoided contemporary trends in corporate type design in favor of the clear, optimistic tone of Dutch Modernism. The client produces hundreds of publications, reports, and other documents each year. They required a new typeface capable of maintaining clarity in often complicated typographical situations with a suitably well-considered range of weights. The new typeface also had to be economic in setting, saving space over the previous corporate face and saving significant amounts of paper in the process. 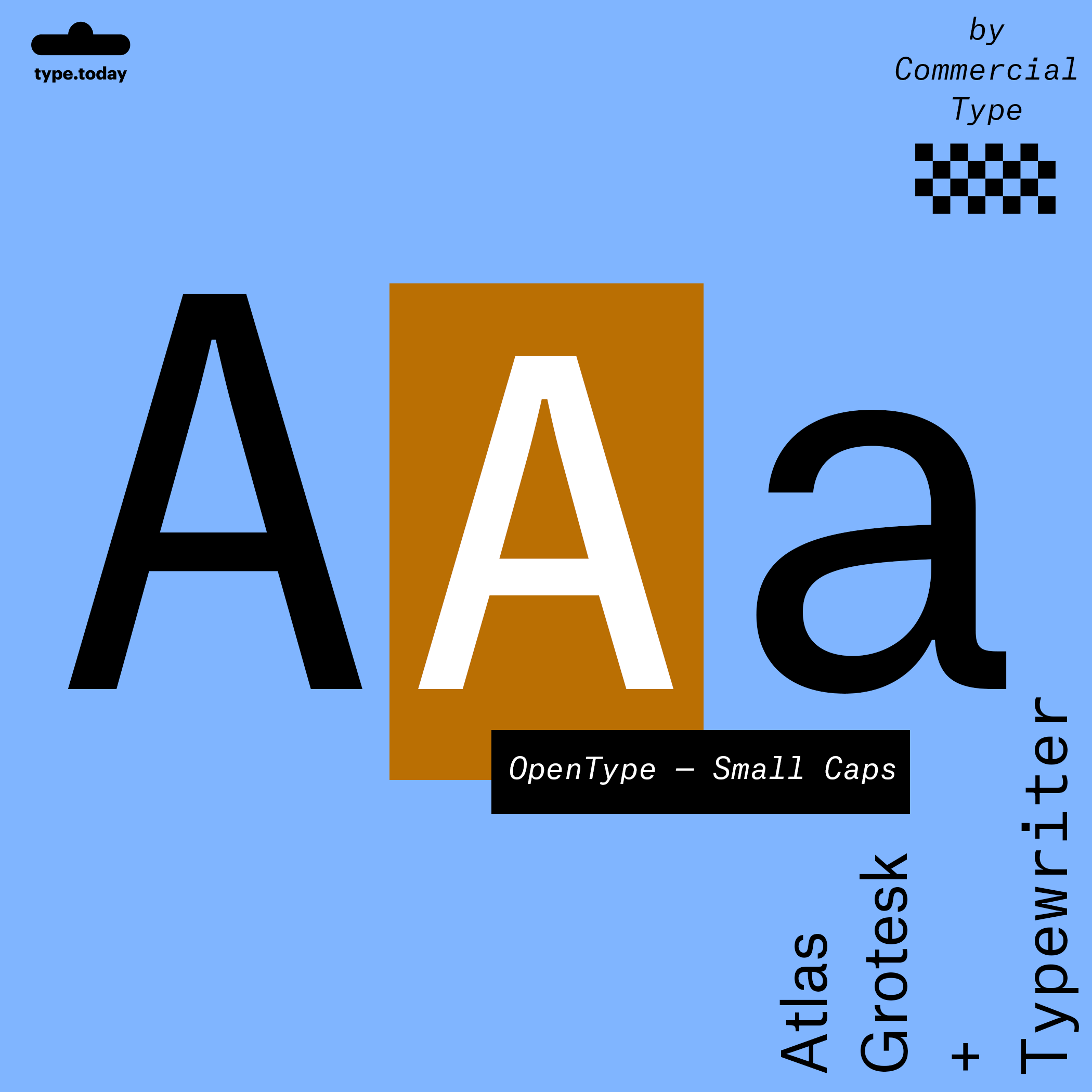 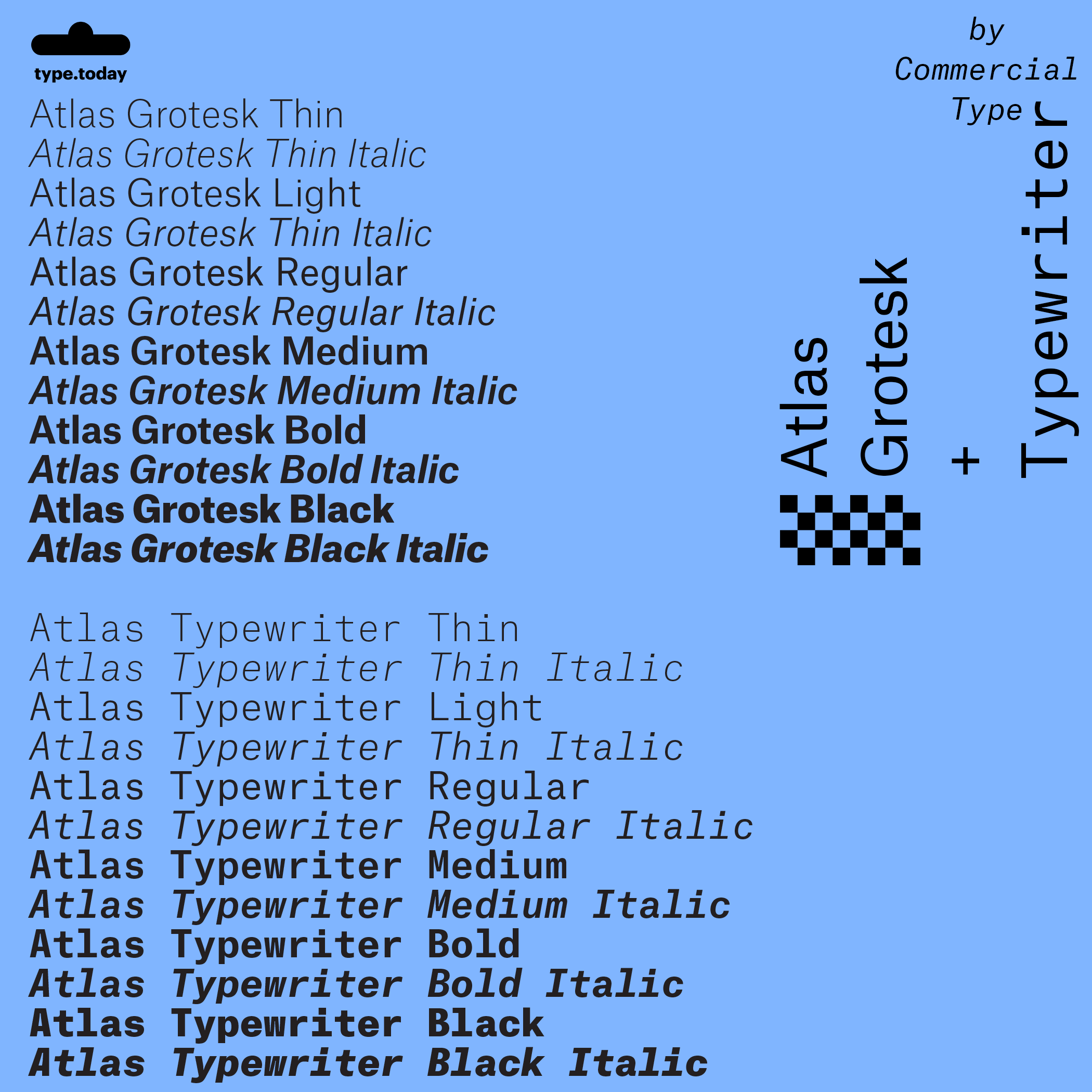 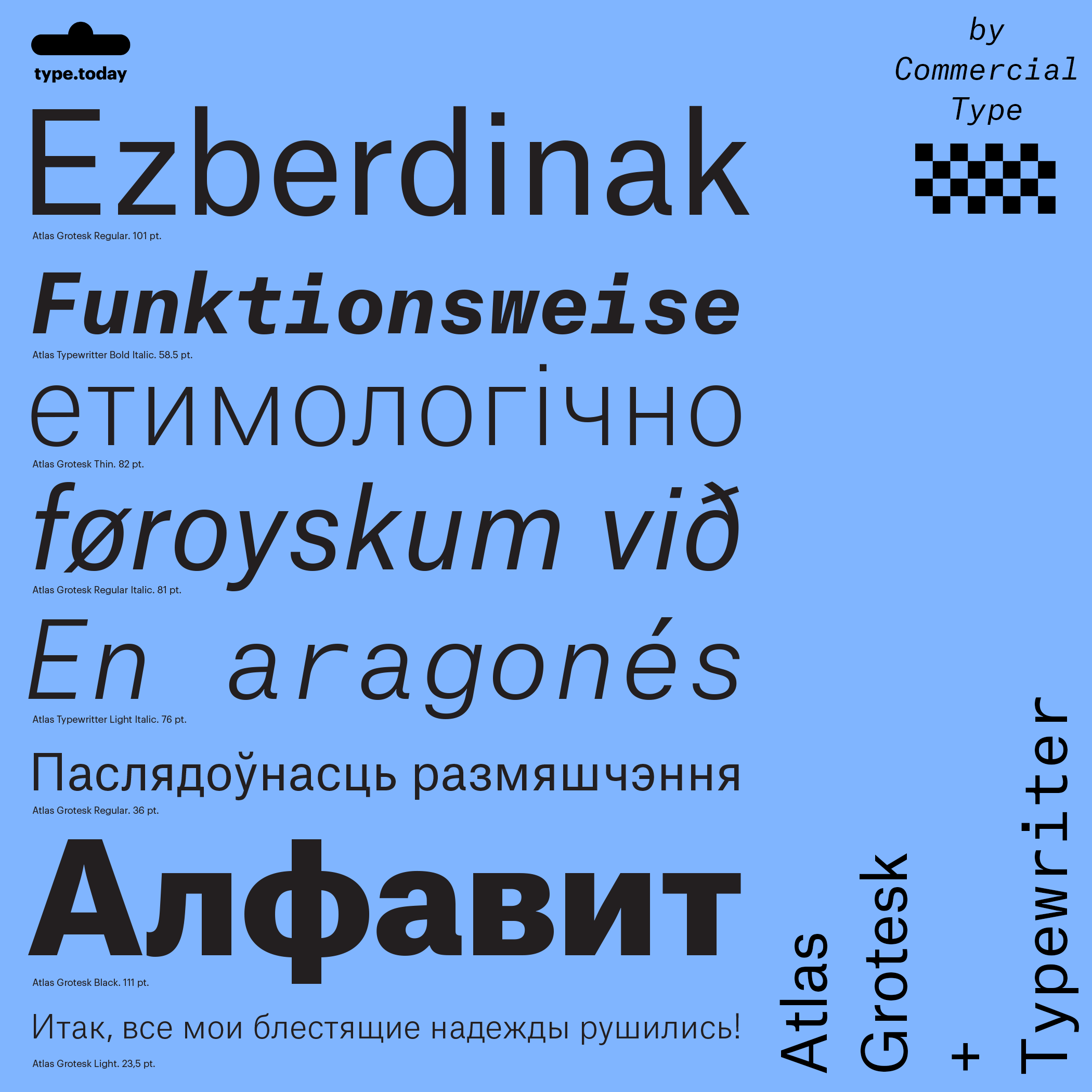 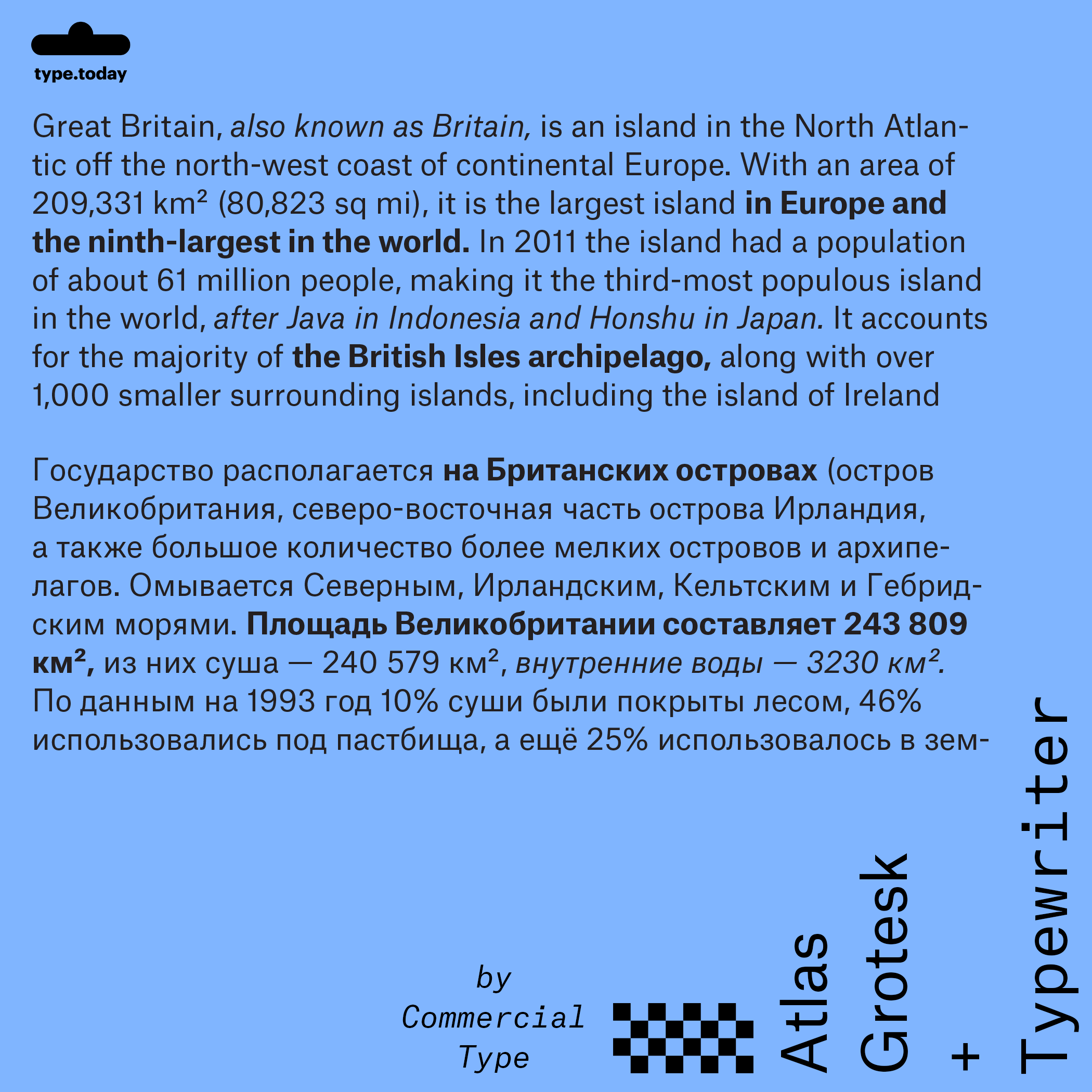 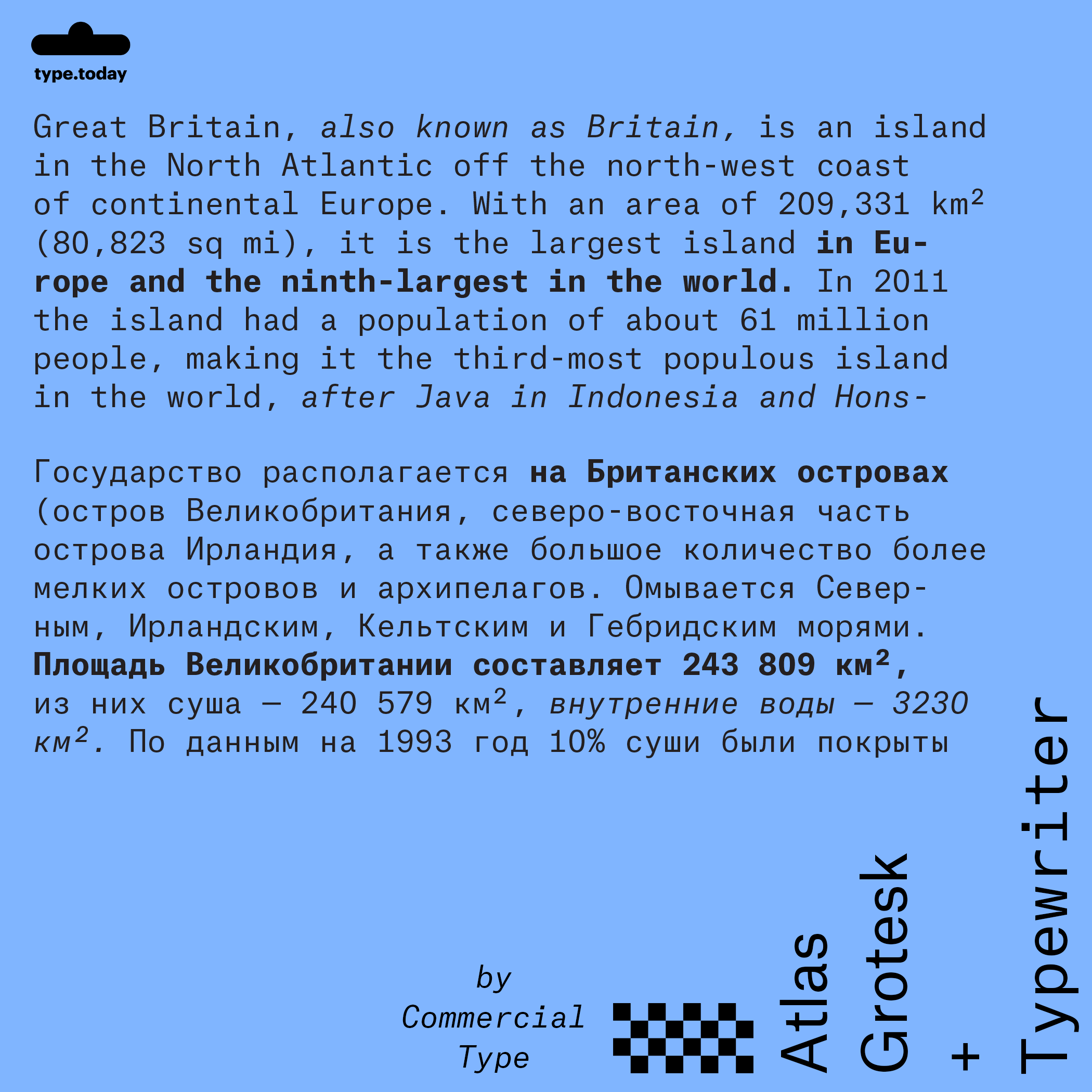 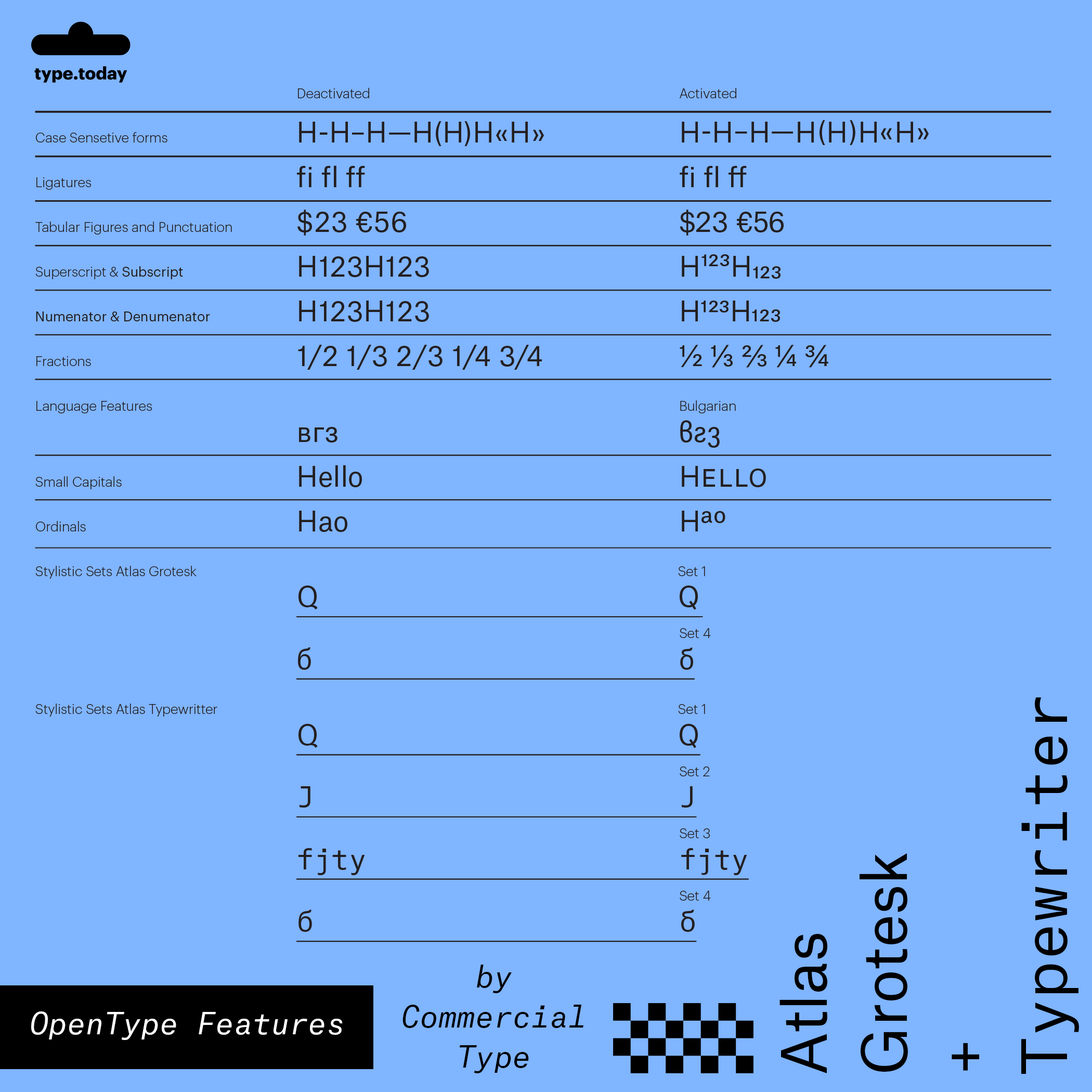 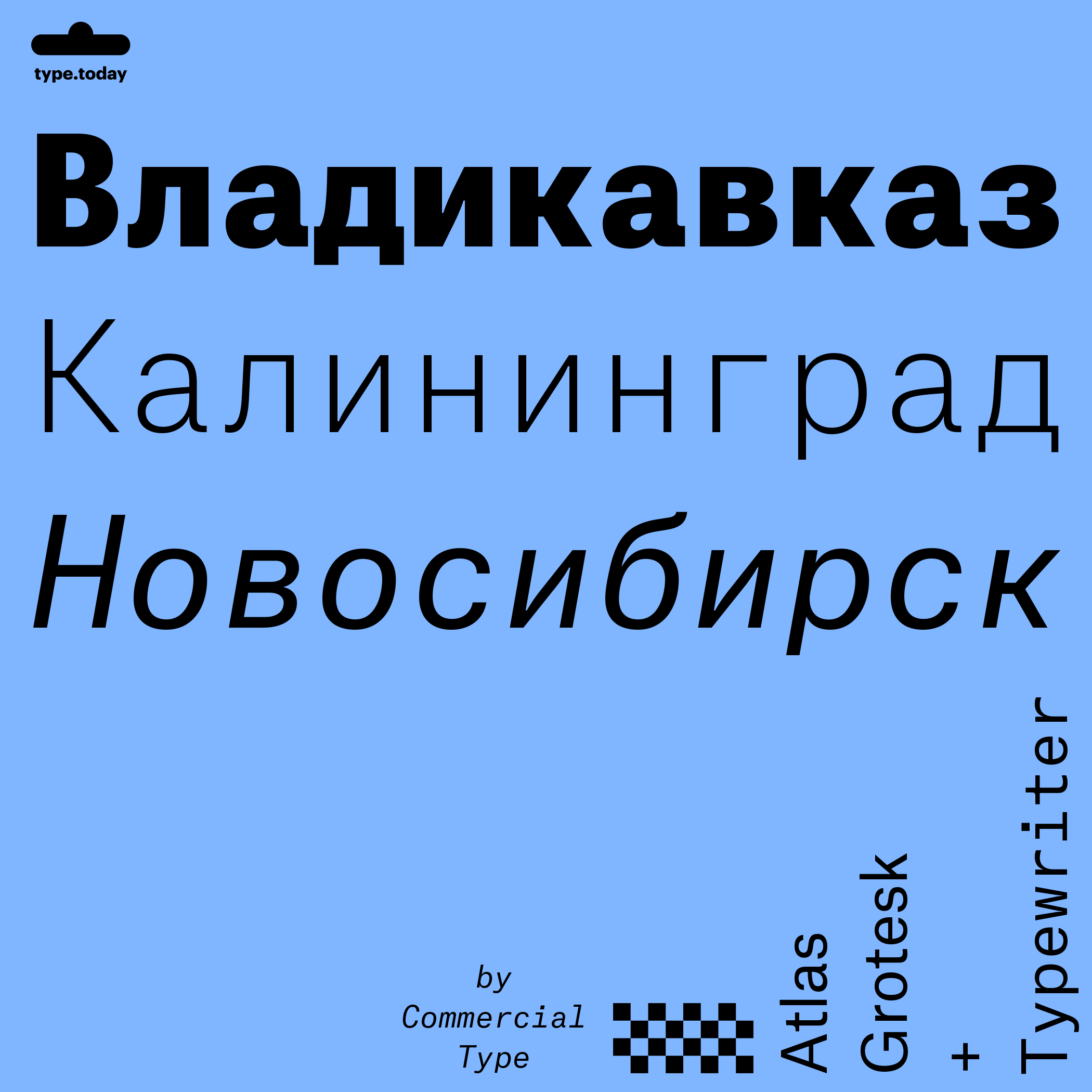 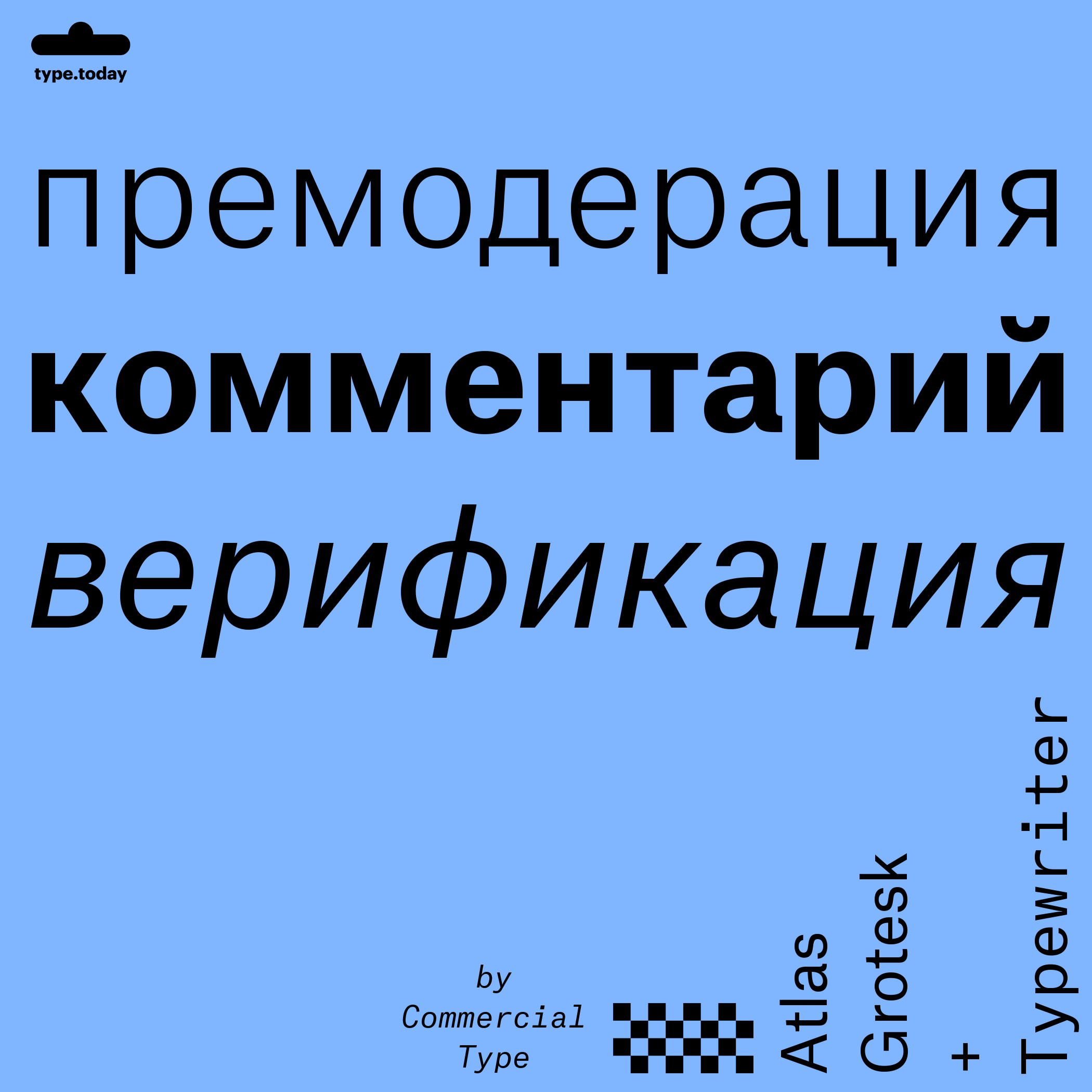 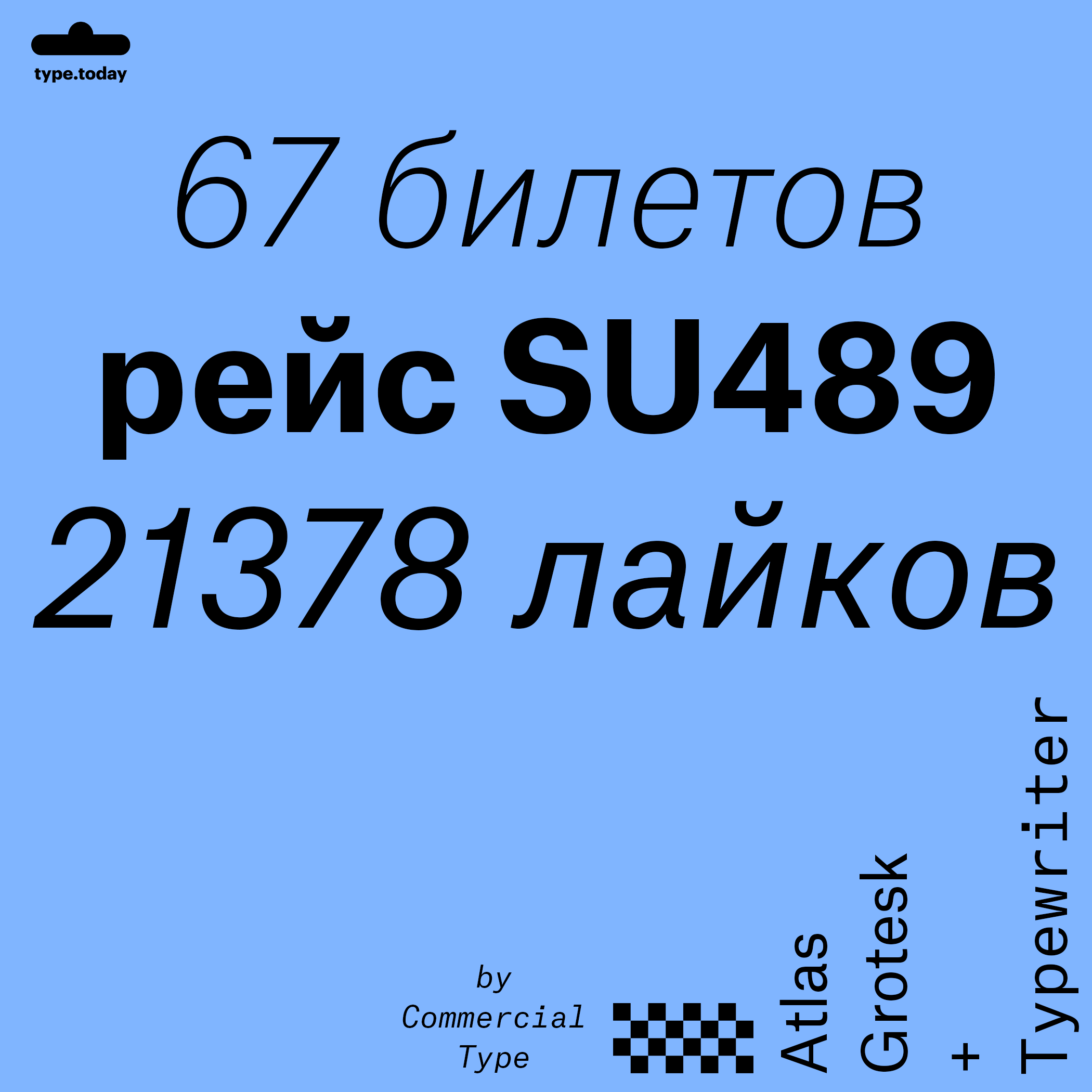 Susana Carvalho (1979, Porto, Portugal) studied communication design at the Faculty of Fine Arts at the University of Lisbon (FBAUL). In 2004 she moved to the Netherlands to complete the TypeMedia MA programme at the Royal Academy of Art in The Hague (KABK). Recently her interest in education led her to pursue a MEd in Education in Arts at the Piet Zwart Institute in Rotterdam where she researched the potential of space as a pedagogical tool in the graphic design classroom. She defended her thesis “Counterspace: Classroom Space as a Pedagogic Tool” in March 2019. She founded Atelier Carvalho Bernau in 2005 with her partner Kai Bernau. Тhe studio focuses on reading experiences, from printed matter to screen based media, from typefaces to intricate typographic structures. She was a founding member of the design collective Open Work in 2014. Apart from the studio practice she has been teaching at KABK since 2002 and has been a guest tutor, leading workshops and giving lectures throughout Europe.

Kai Bernau (born 1978) Born 1978 in Germany, came to The Hague to finish his studies in 2004. Has not managed to leave. Married to his business partner Susana Carvalho. Started Atelier Carvalho Bernau in 2005. The couple have a kid, she’s five. Since 2011 Kai has been teaching at MATD in ÉCAL, he has also been a guest teacher at HFBK Hamburg. Kai makes pretty good cocktails. Atelier Carvalho Bernau designs reading experiences, from typeface to graphic interface, for culture and commerce. Research projects lead us to new starting points for our self-initiated work and for commissioners. Any assignment is an opportunity to question the role and understanding of design, each project is a tight-rope walk between applied realism and free-form optimism.

Ilya Ruderman, the author of Cyrillic version of Atlas — is a type and graphic designer and teacher, lives and works in Barcelona. He is a graduate of the Moscow State University of the Printing Arts (2002), where his graduation project was done under the supervision of Alexander Tarbeev. He has a MA degree in type design from the TypeMedia program at the Royal Academy of Art in the Hague (2005). After completing the program, he returned to Moscow, where he has collaborated for a number of media: Kommersant, Afisha, Moskovskiye Novosti, Bolshoi Gorod and Men’s Health Russia. In 2005-2007 he was art director for Afisha’s city guidebooks, following which he was art director for RIA-Novosti, a news agency, for several years. Since 2007 he has also supervised the curriculum in type and typography at the British Higher School of Art and Design in Moscow. He has been very active as a consultant on Cyrillic since 2008. In 2014 he founded CSTM Fonts with Yury Ostromentsky. Typefaces by Ilya Ruderman: BigCity Grotesque Pro, Kazimir, Kazimir Text, Navigo, Permian (a typeface-brand for the city of Perm) and Cyrillic versions of: Austin, Dala Floda, Graphik, Marlene, Moscow Sans (as a consultant), Typonine Sans, Thema.