Research: what typography a long-distance truck driver is used to, and how to imitate it using typefaces from our collection

A visual research on what the life of long-haul truckers looks like, what they talk about and what they a student project by Arzamas’ designer Masha Kasatkina. The book consists of four parts: ‘Trucks, From Outside and Within’, ‘Road, and on the Road’, ‘Brotherhood’, ‘Echo in the Culture’. Signal, based on a typeface from French road signs, reminds of the constant moving, while Archaism resembles wild typography of print ads and naïve design of the roadside restaurants.

Today and Tomorrow’s typefaces are accompanied with Newton and Anastasia Script by Paratype. 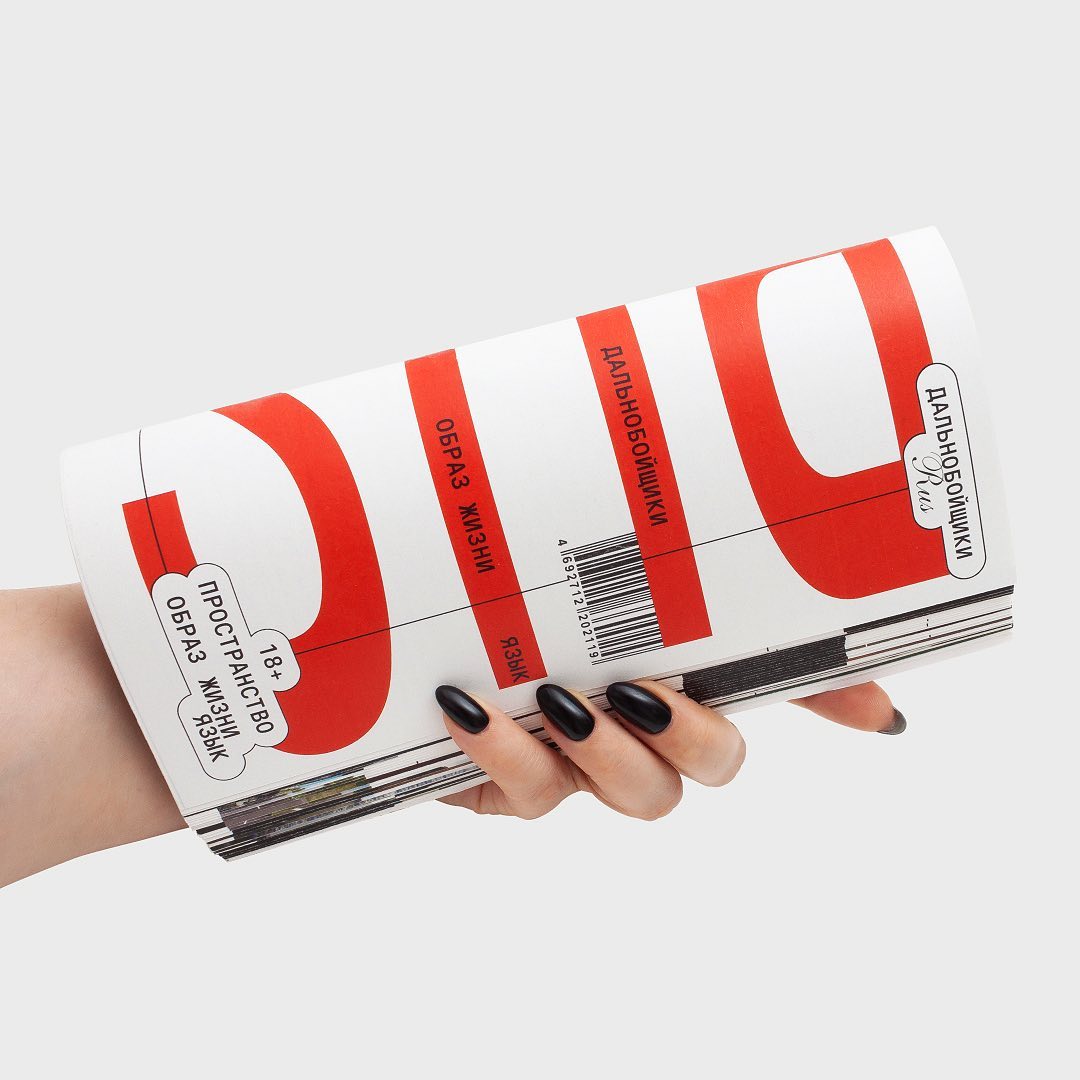 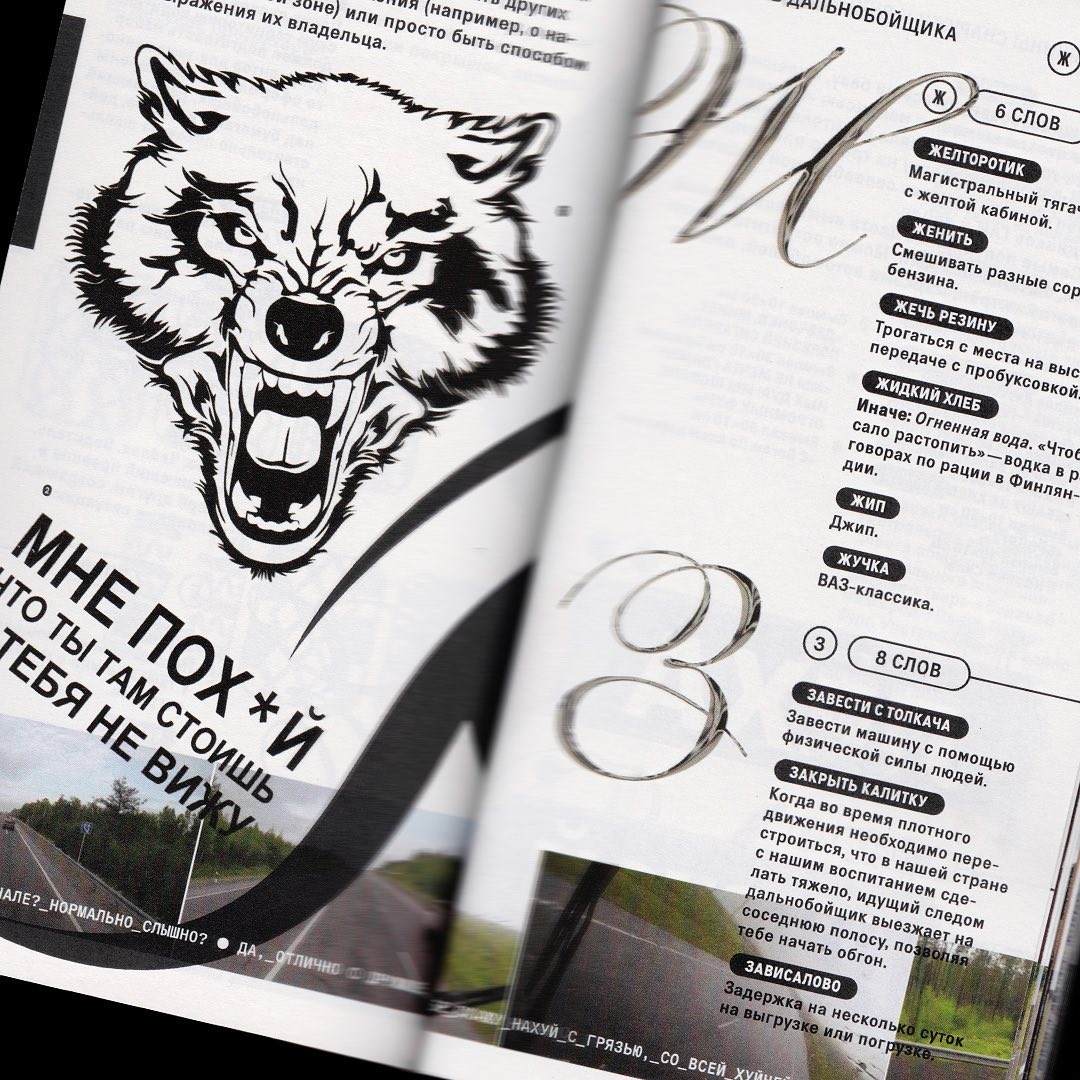 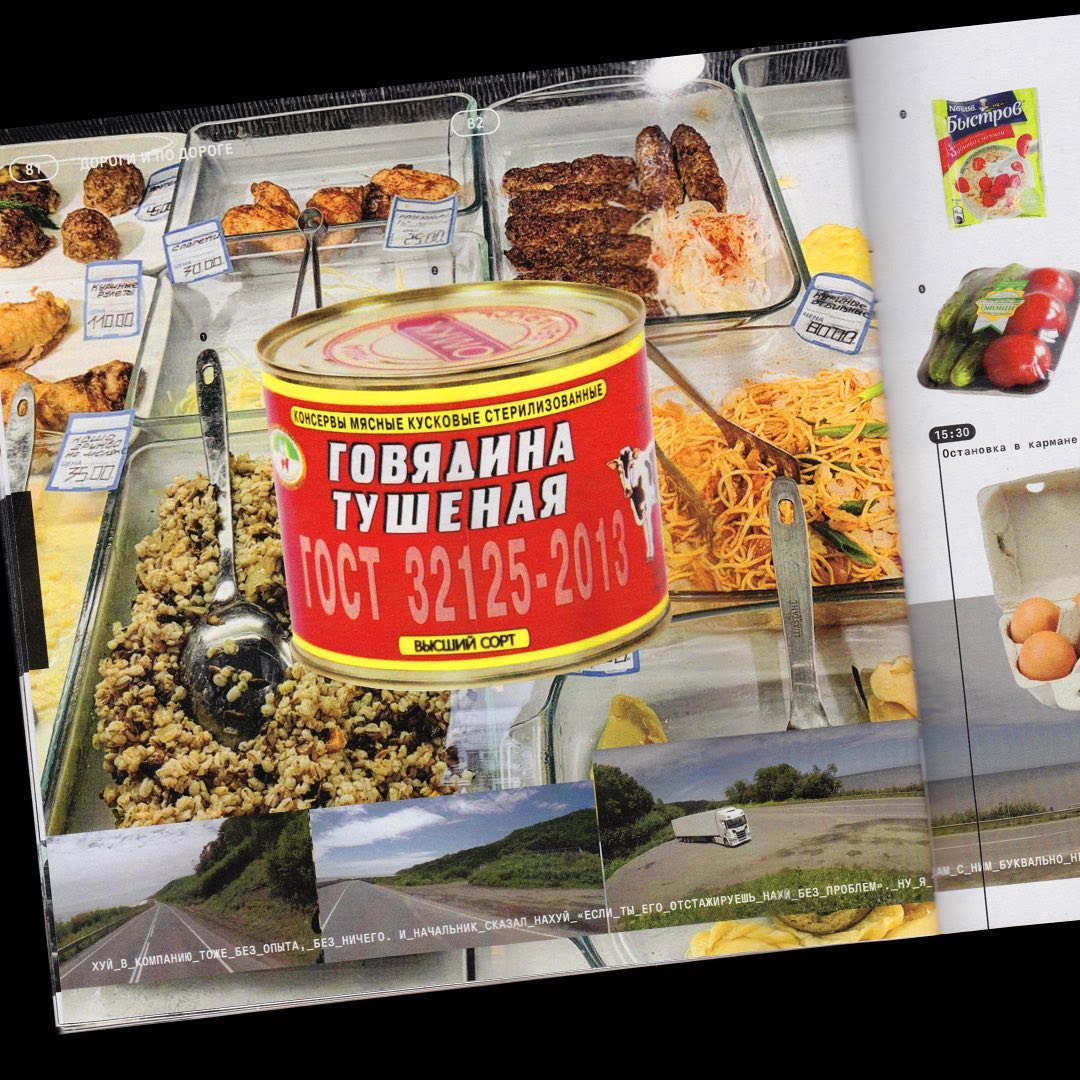 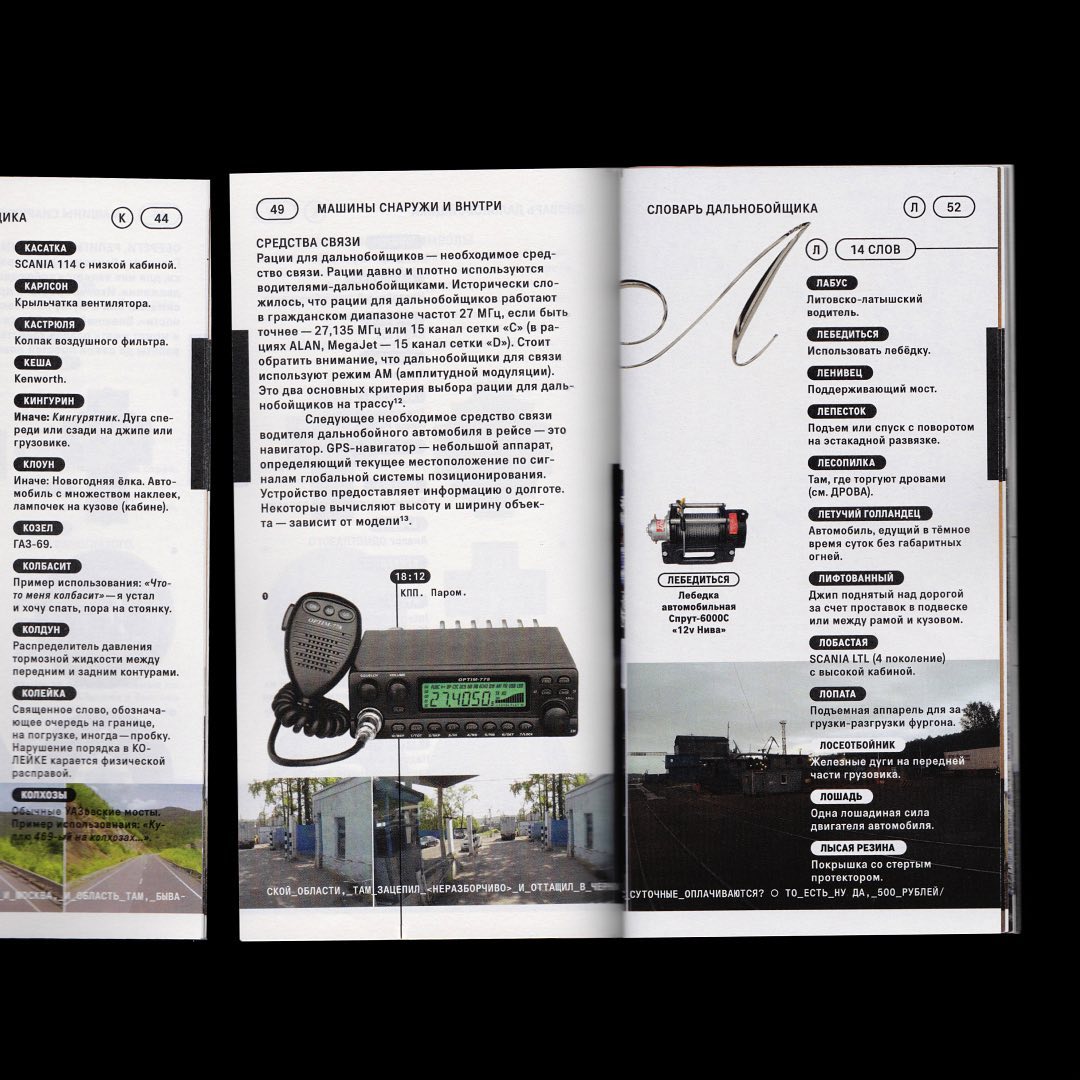 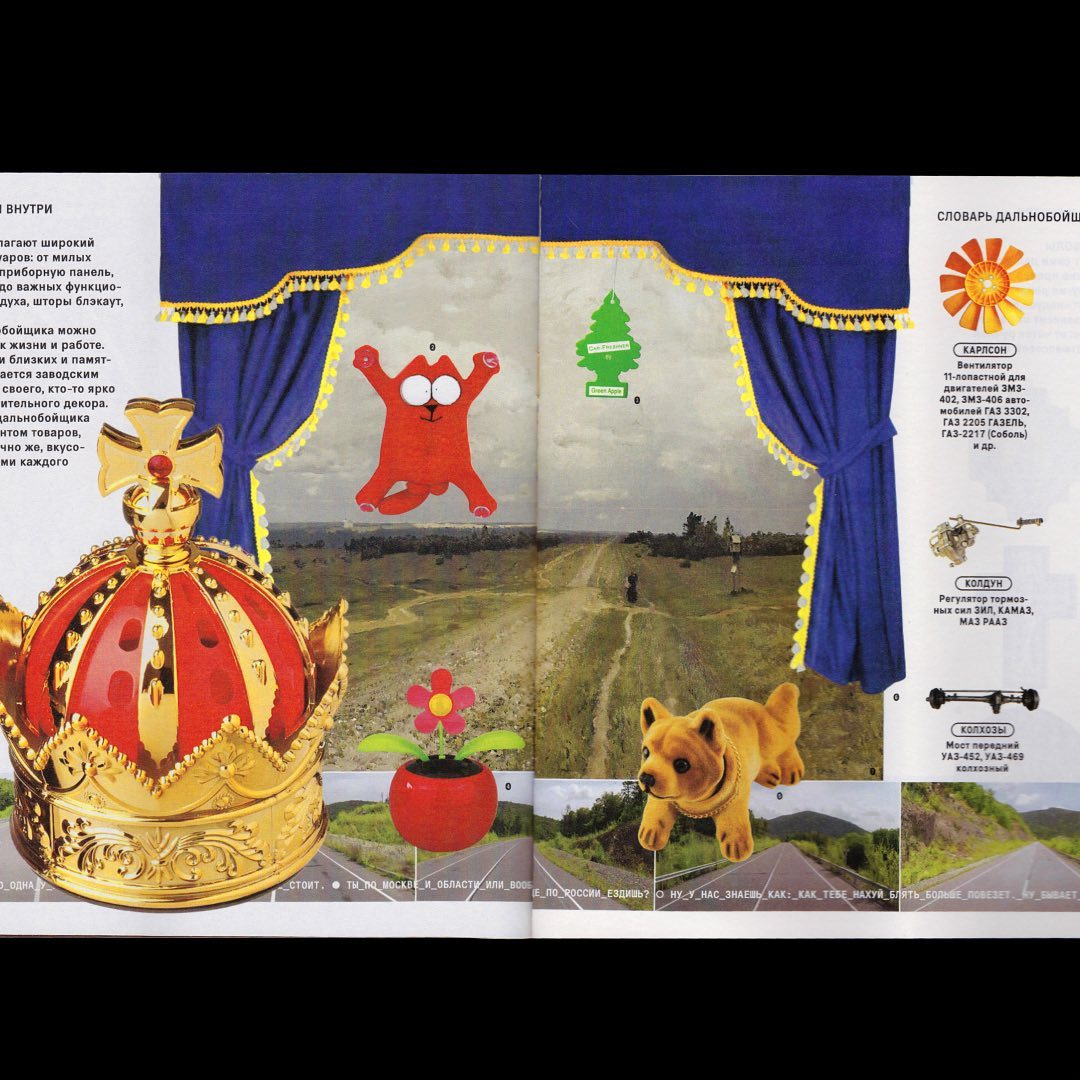 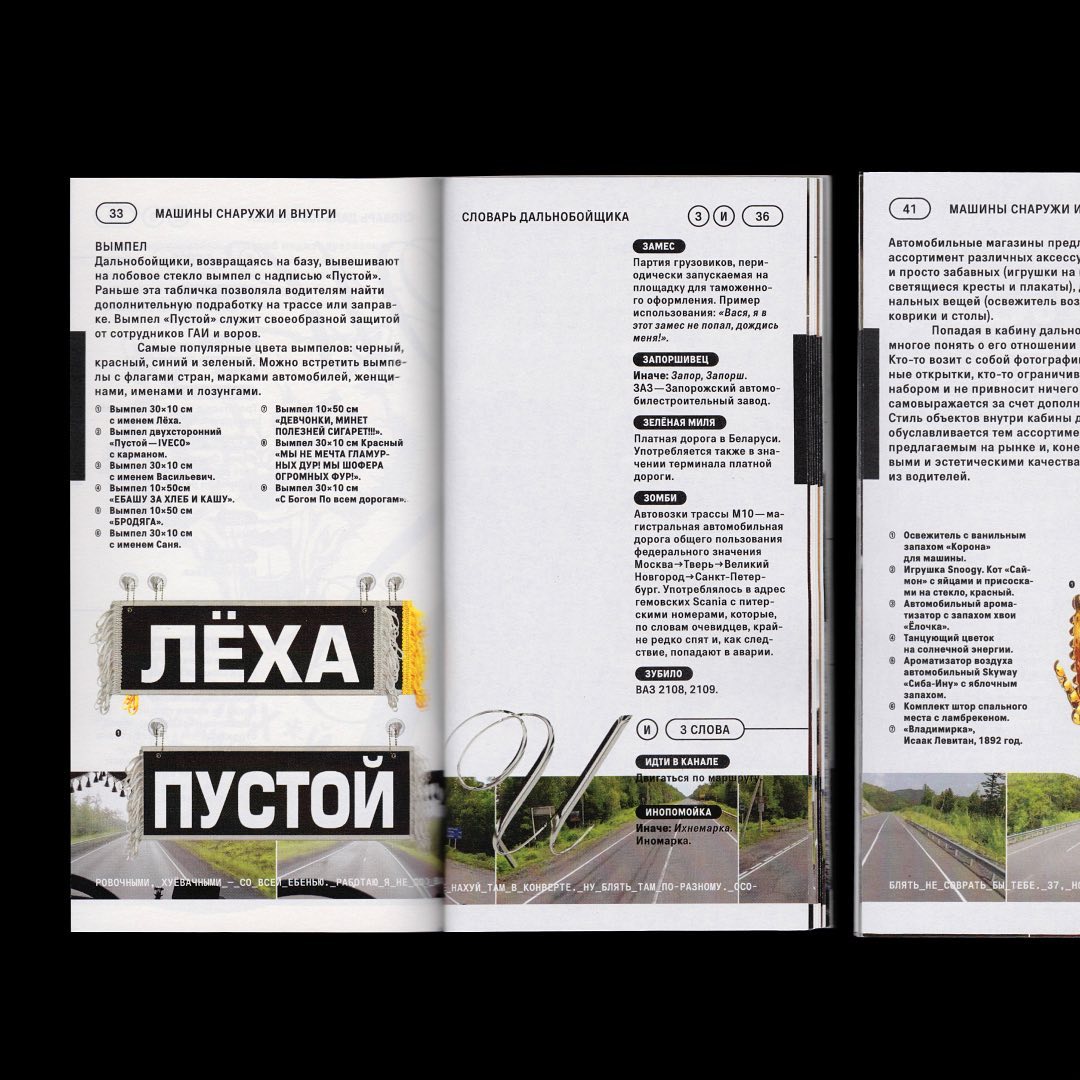 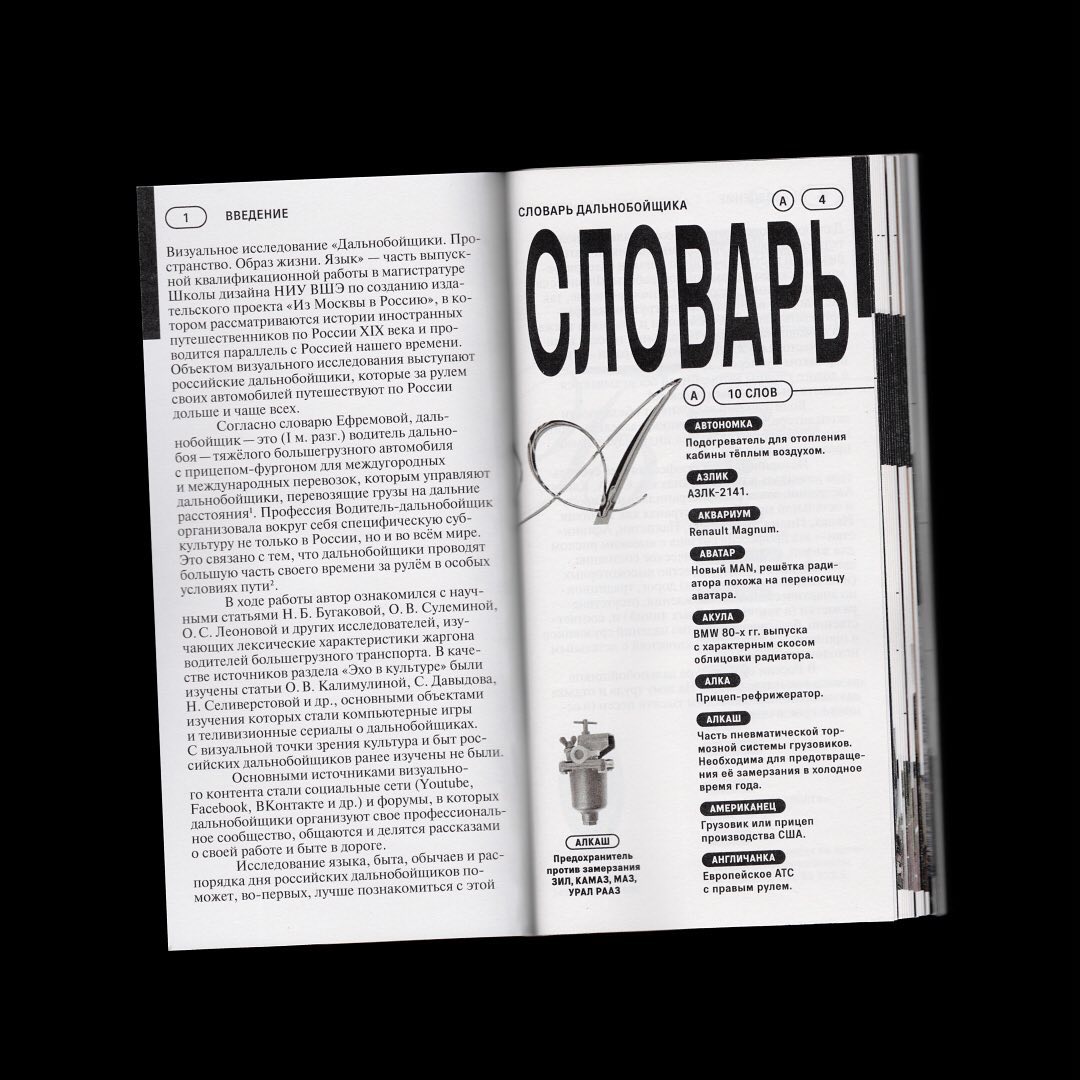 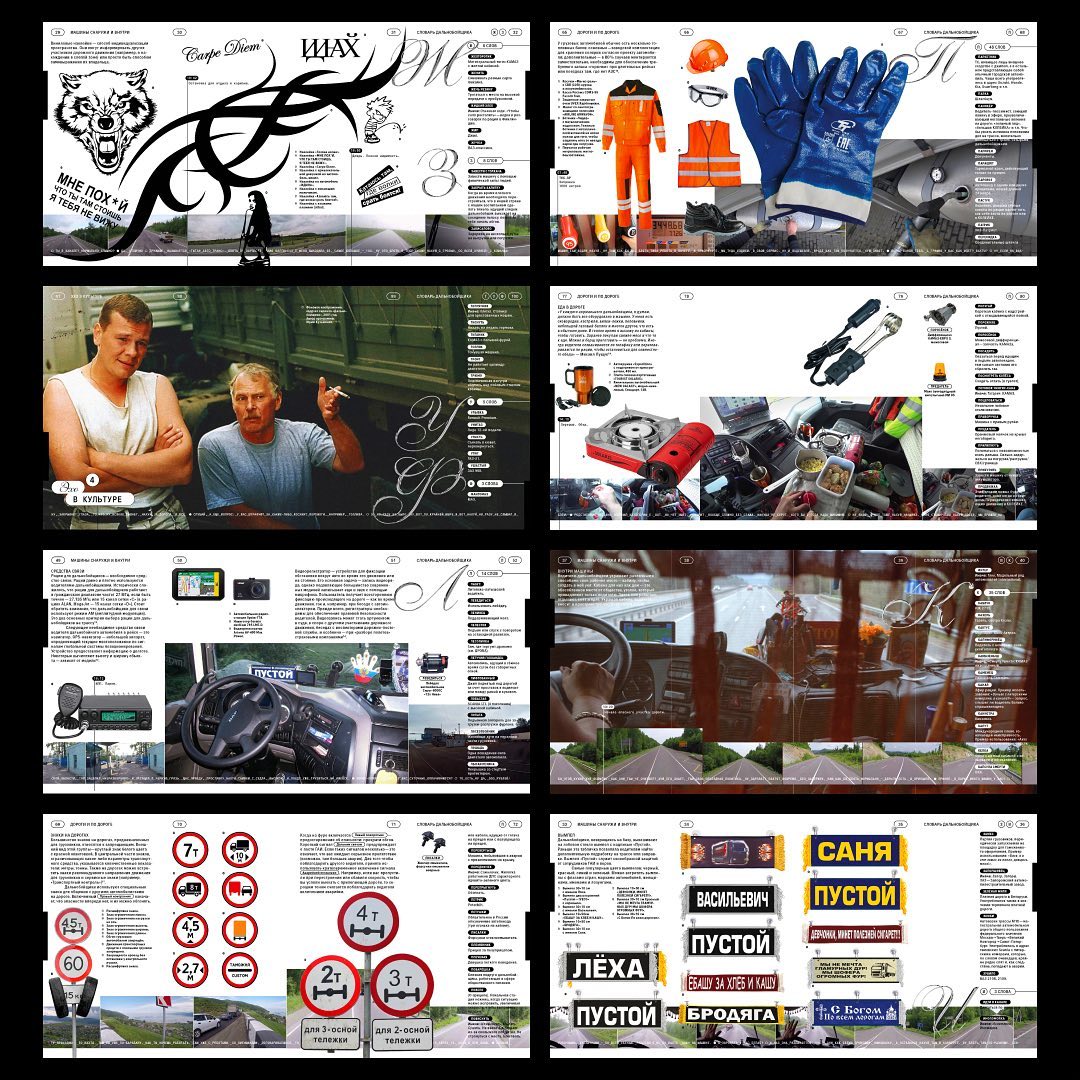 Archaism is a closed mechanical grotesque designed by Nikita Kanarev based on a narrow, reverse-contrast typeface. It has 15 basic styles, where each one is an attempt to get back from distortion to regular and complete forms. The typeface is also equipped with a variable version of two axes.

Signal by Production Type is based on Caractères, the typeface found on road signs throughout France. Designed with urban signage and interfaces in mind; marked with the rigor, typical for most sans serifs of the second half of the 20th century.