Dusseldot and Spectral in use: Design as an Attitude

Design as an Attitude is a book about projects that solve actual problems: from the position of women in society to ocean pollution. The book itself kind of reminds of Design for the Real World by Victor Papanek — it is also not about drawing beautiful pictures and commercial design, but about design as an agent of social change.

I was told right away that it was a translation, and naturally I reached out to the original book. The cover was just plain black text on white paper, classic layout inside. I had to come up with something different. I thought ‘What can even be done here if everything’s just perfect?’ But when the Garage (Museum of Contemporary translator’s note) was agreeing on the layout with the author, I was sent a screenshot: no edits, no comments. The author was thrilled. They said that is rarely the case. 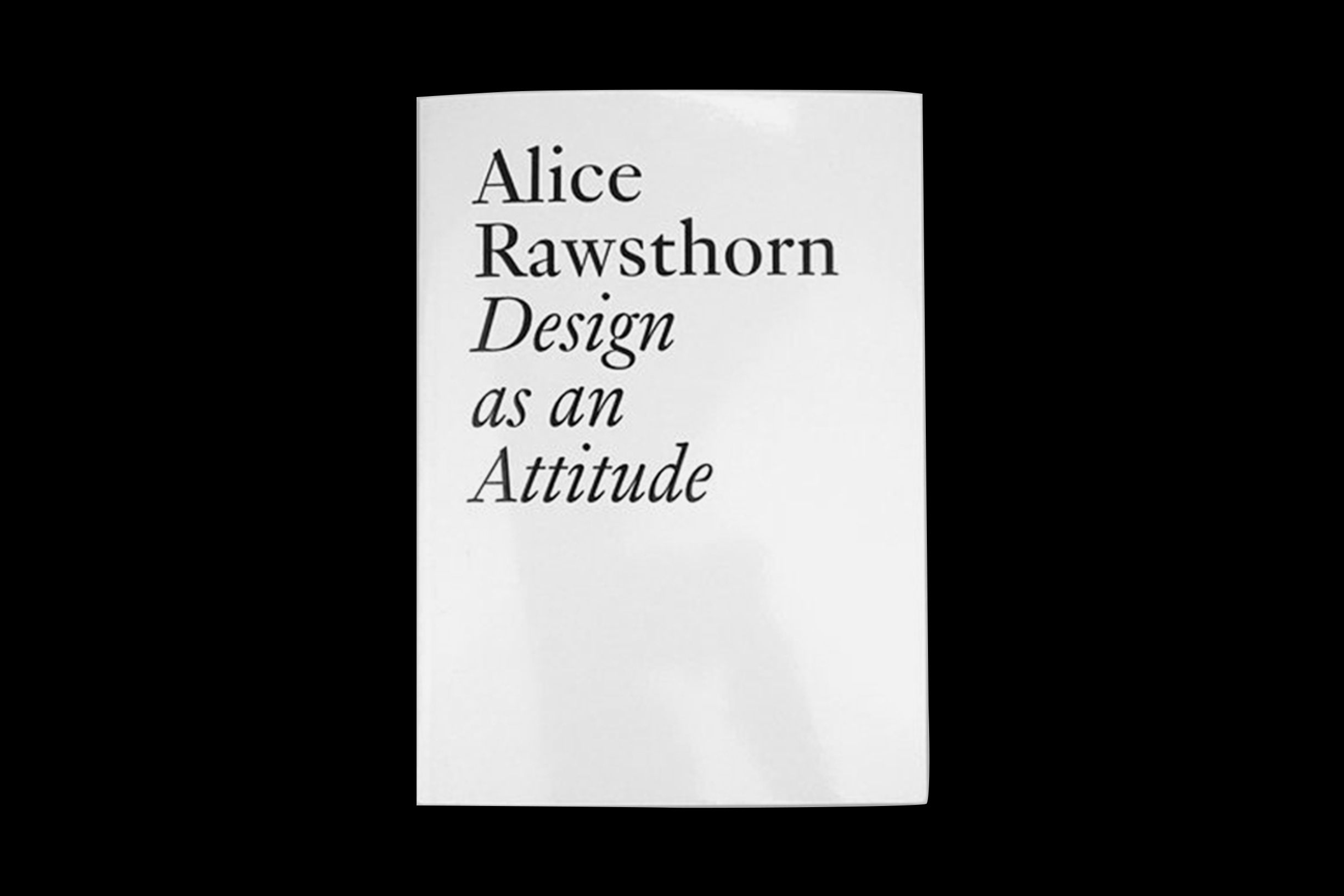 From the very beginning, the Garage had this idea to make a dust wrapper out of tracing paper. I don’t really like tracing paper, it is a difficult material, and very decorative, but impressive and selling. Which is why I had to think about how to justify tracing paper. How to make it not only beautiful, but functional: for its interaction with the main cover to be meaningful. Therefore, we have a certain play between two with the dust wrapper helping decipher what is written on the regular cover, while the regular cover is just dots. 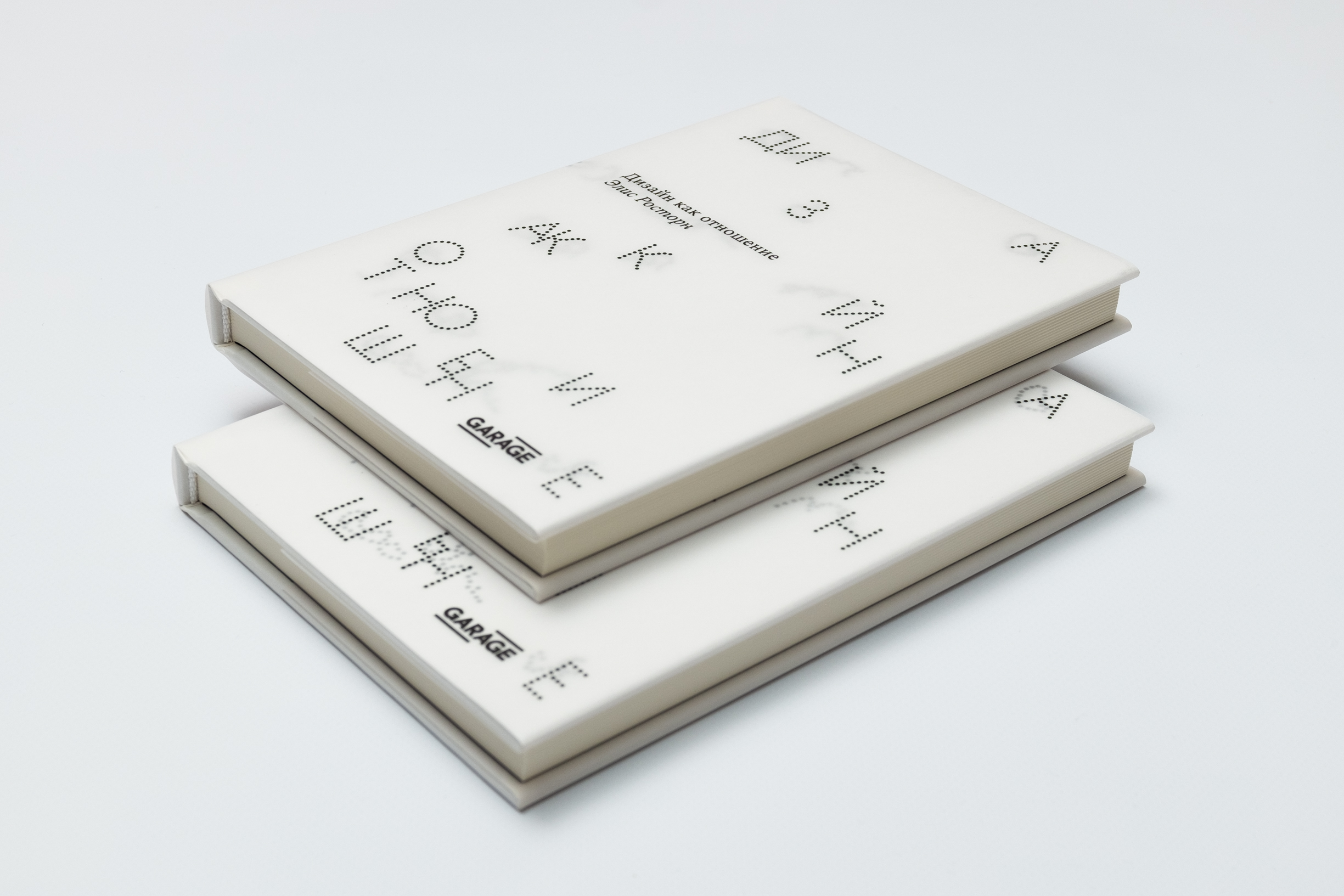 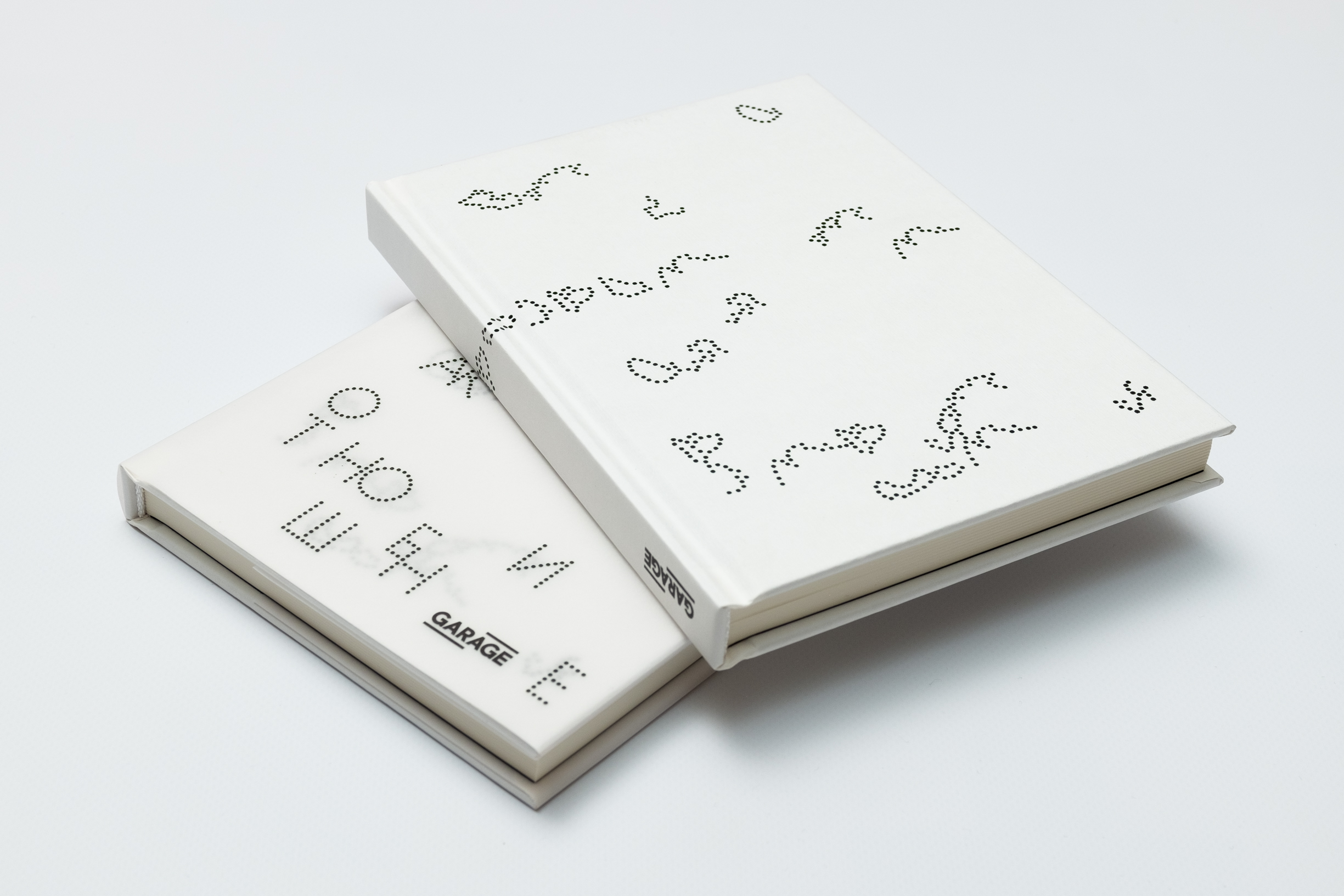 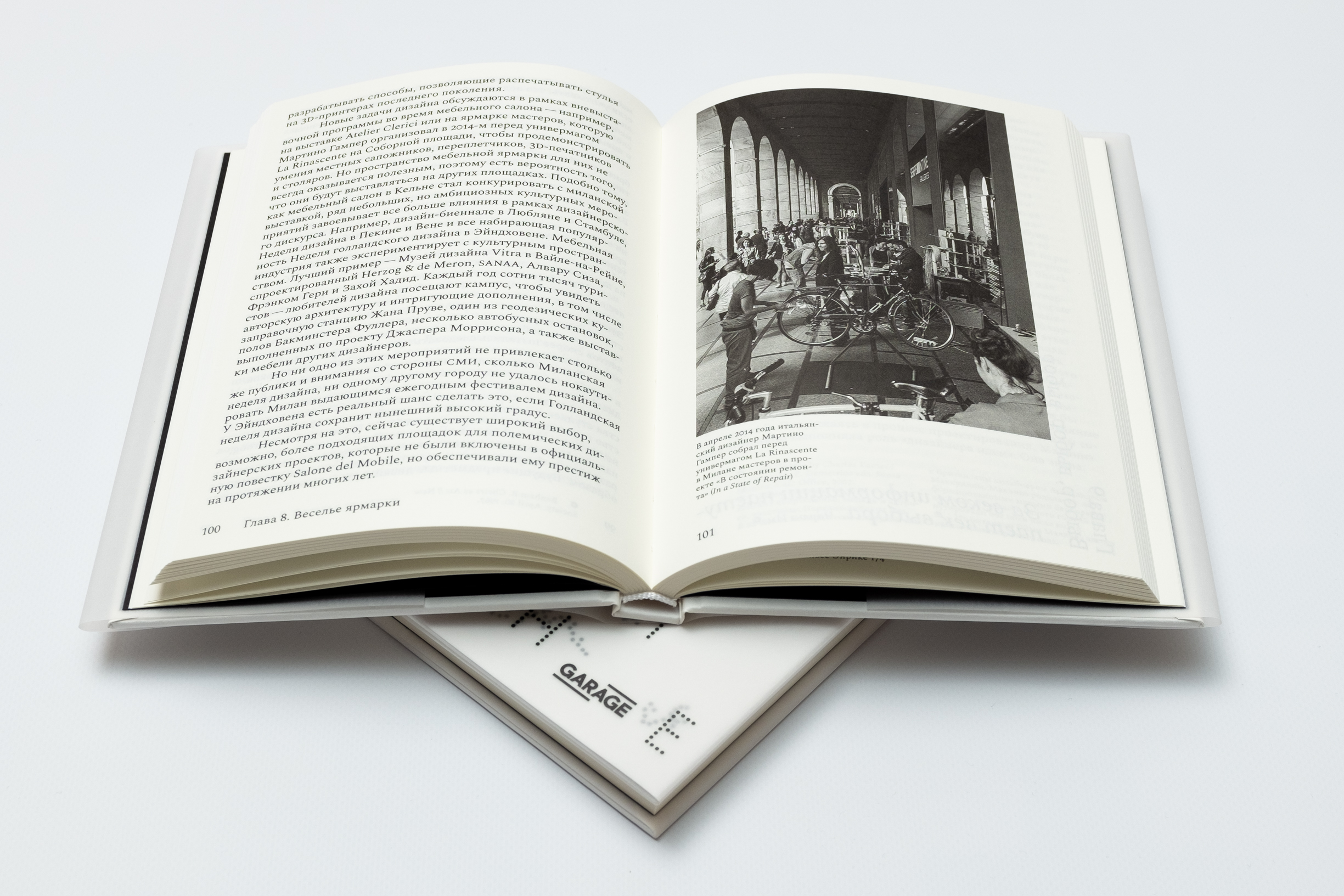 At first I wanted to draw dots myself, but then I remembered about Dusseldot. I got to know it last year, when I was creating a page for the Esh Print and type.today’s collaboration calendar. Each of us was given two typefaces: we must use one of them by all means, and the second one was to be used if you could make it possible. I couldn’t do it, looking at it and thinking: why would anyone even need a typeface like that, what could these unreadable styles even be used for, who would even need those? As it turned out, that person would be me.

I even tried to apply Dusseldot for page numbers, but it attracted too much attention, making it impossible to read body text. So I left it only in page numbers in the list of contents, to mate it with the cover, while for page numbers I used Spectral which was also utilised to set body text. 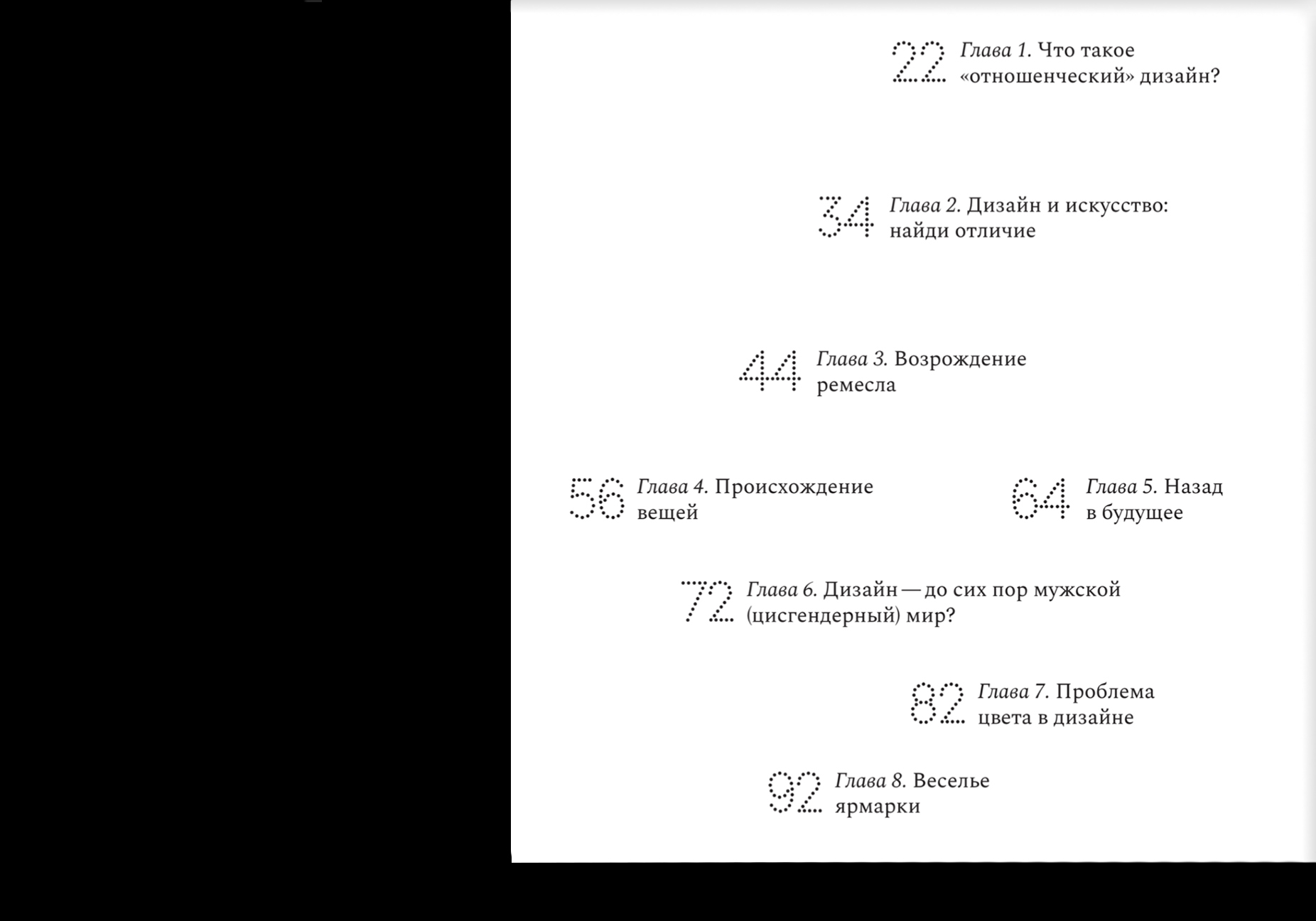 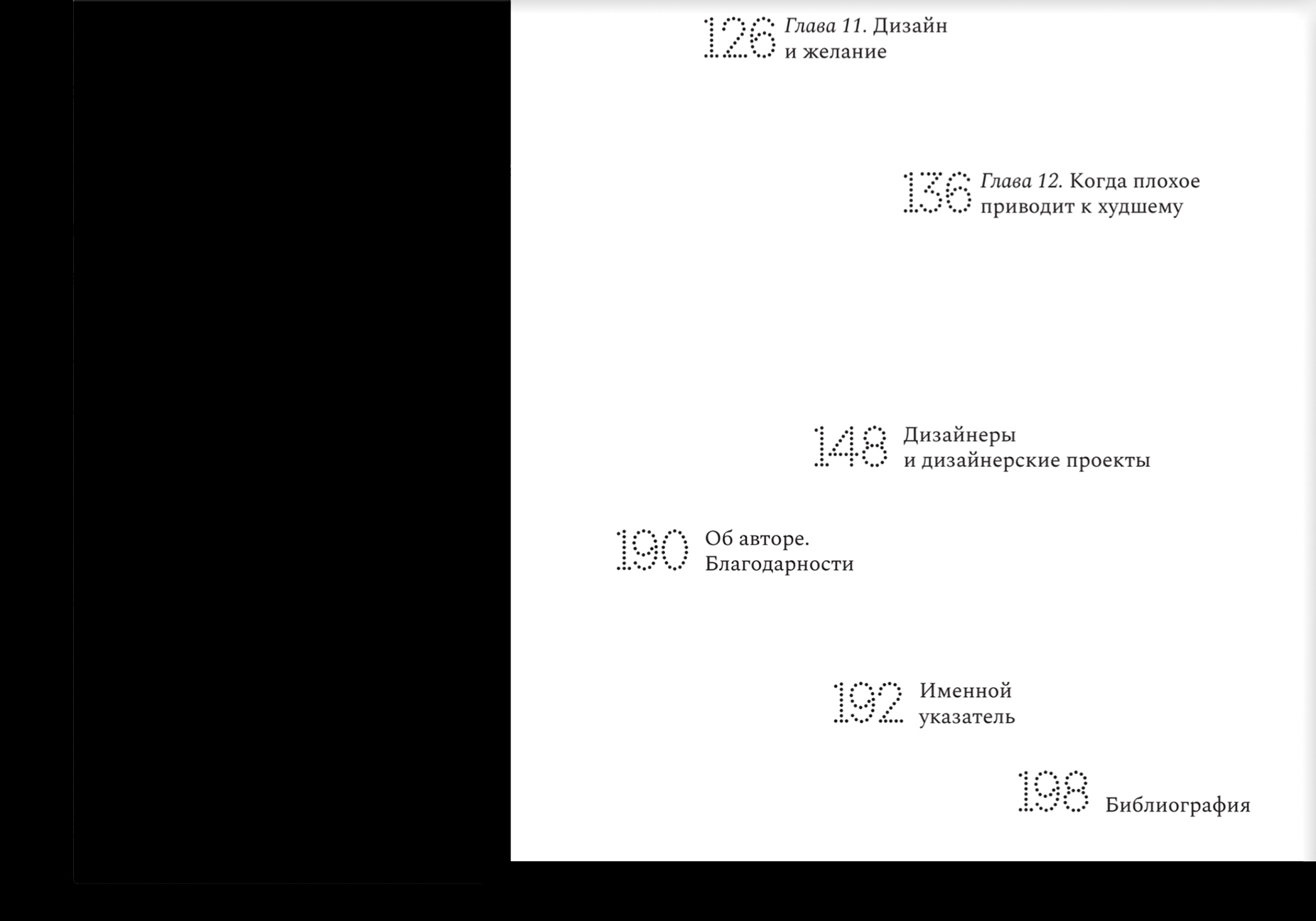 I initially had in mind a serif for body text, and considered English old-style serifs, but I wanted something with a less obvious story. As a result, I came I really liked its sharp serifs. Of course, Spectral has the story, that is a certain sharp-ish which somehow reminds of France, but in all other respects the typeface can be traced to the tradition of almost any European country.

Based on its description, Spectral was designed for screens, but it still has italics, as well as small everything one needs to make up books. But most importantly, it has a massive case. I really wanted to somehow support the dot-based cover, so I was looking for fonts offering encircled figures. And Spectral had those: both white on black and black on white, and this was one of the crucial, decisive moments. Plus, in theory, even a character from the book, who is far from being a designer, based in Africa or in India, can set his text in Spectral. 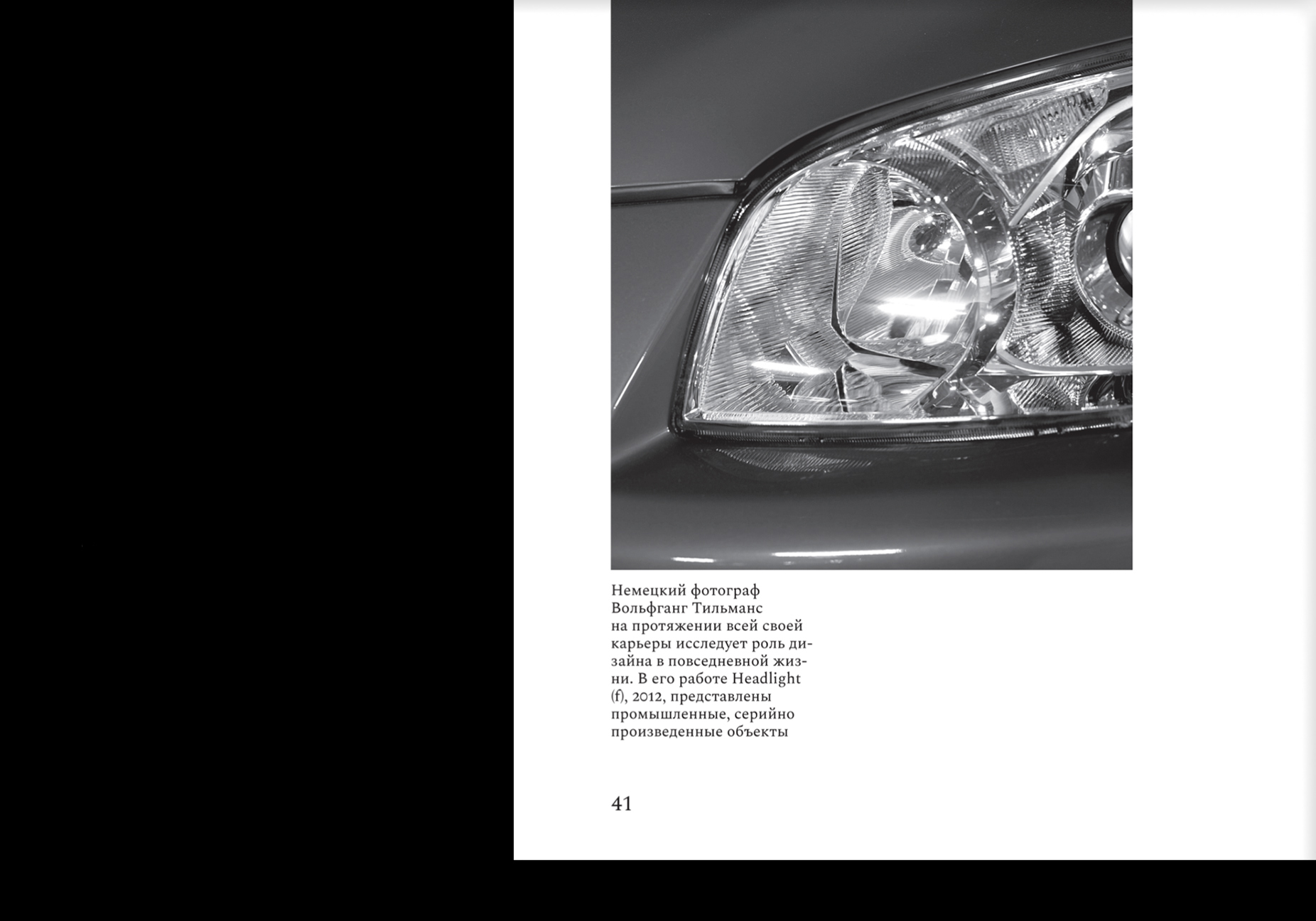 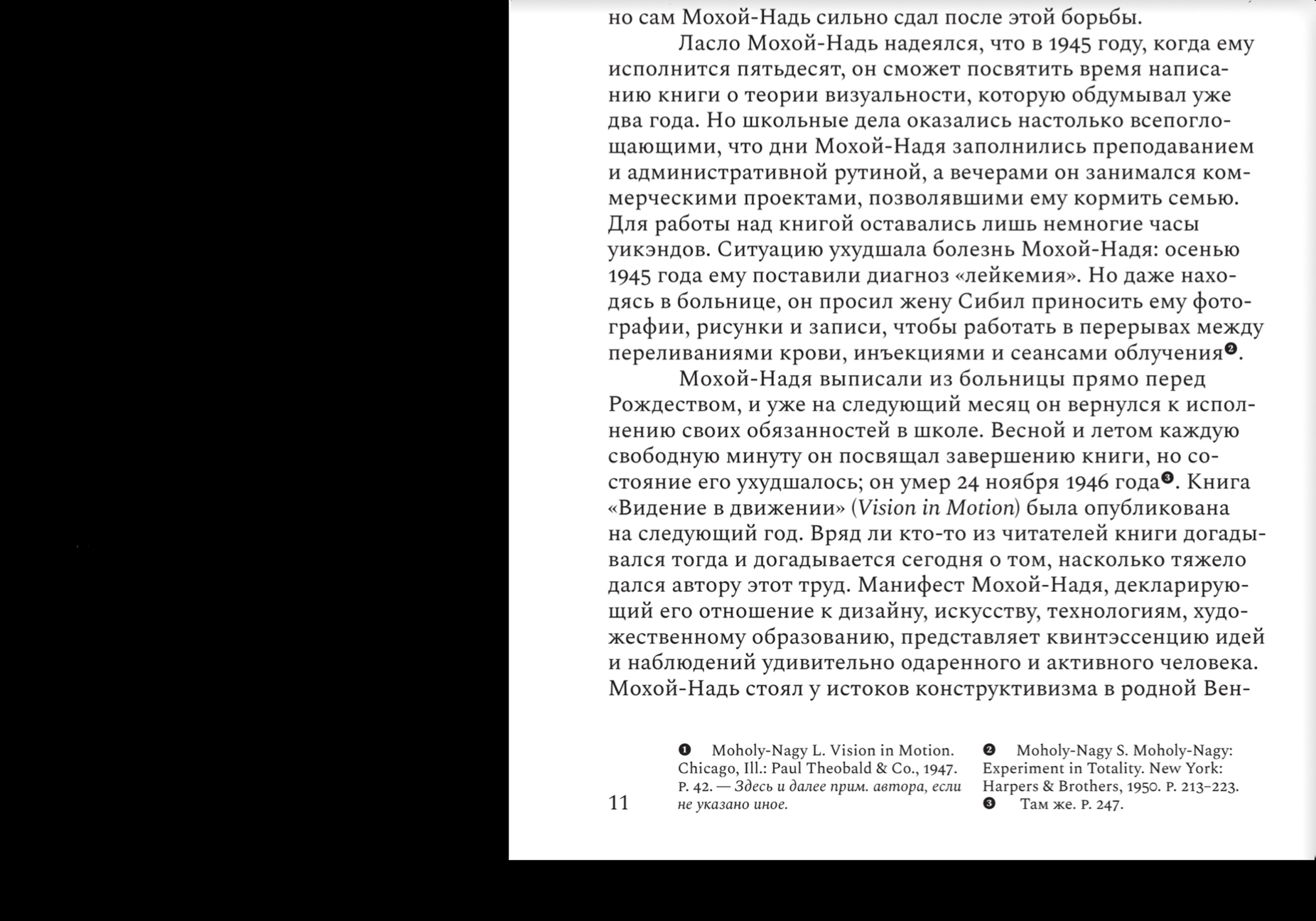 I showed the font to the Garage, telling them that the idea was born when the founder of Production Type was giving a talk about the technologies impact on type design.​​ They liked it as the font’s idea turned out to be linked to the book’s topic.

The editors even asked me to introduce the story of Dusseldot’s creation into our book cover. That is a new vision of the type design process, and plus these little dots look like people who move here and there, gathering in small groups. The book actually includes the chapter on how a designer should think bigger, cooperate with other people, probably not and together create projects that could change our life, rescuing the world from pollution, saving people who don’t have access to medical care. 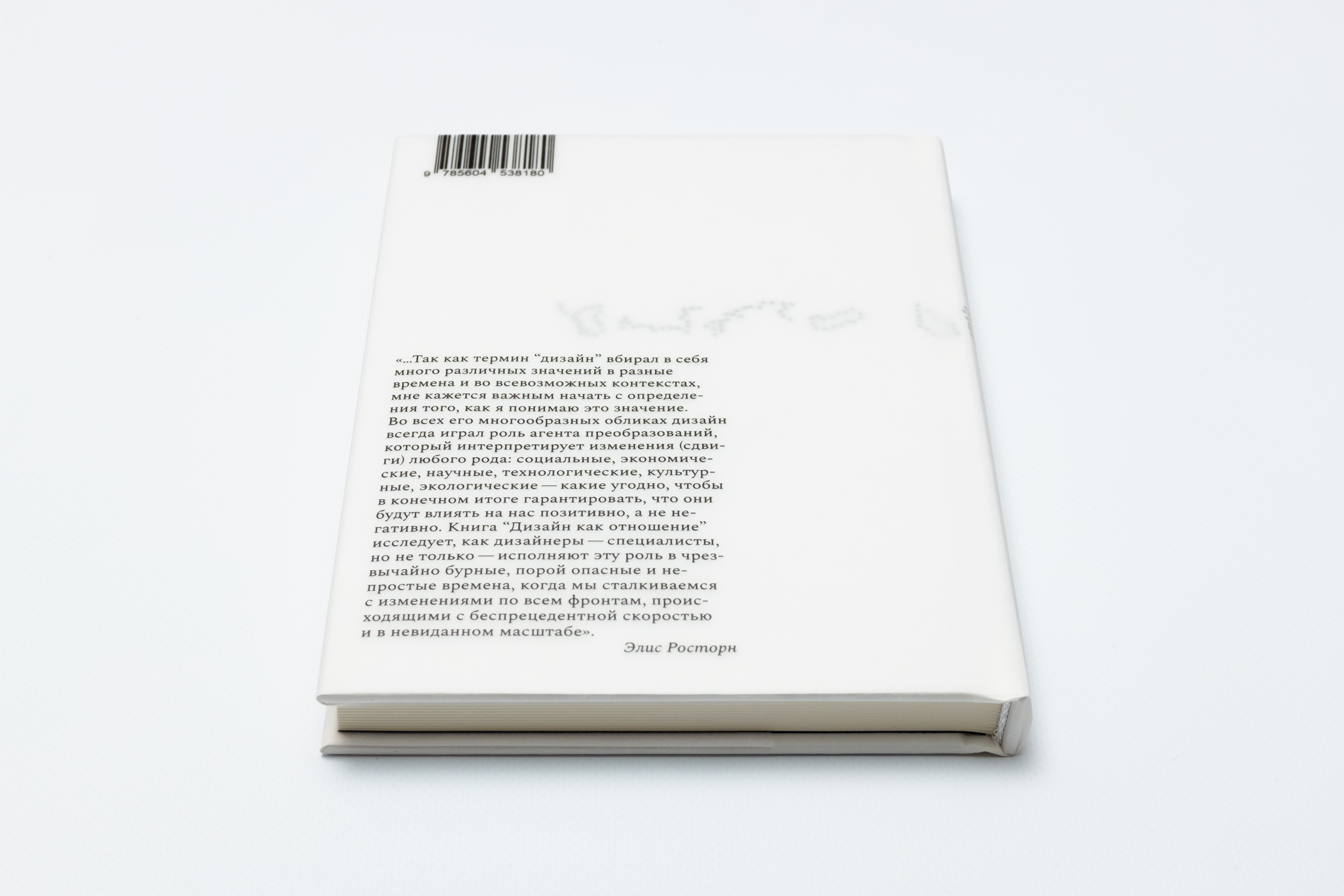 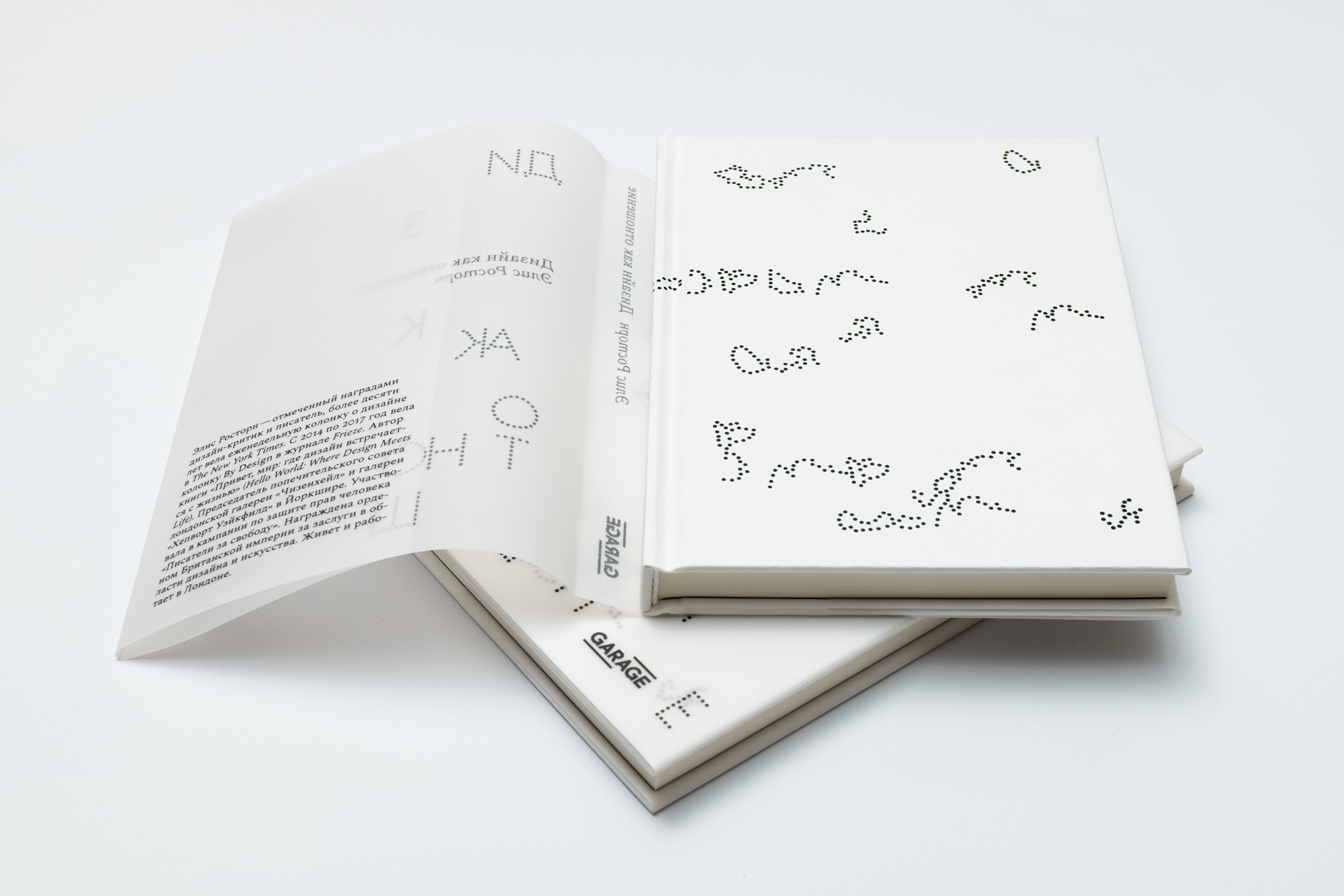 Dusselsot by Maks Barbulovic and Ilya Bazhanov is a font-gradation between three phases. One of those is a typeface in the conventional sense, while two others are abstract forms representing Düsseldorf’s walking routes recorded through GPS tracking. Variable format allows for fixating movement between phrases and creating deformed glyphs.

Spectral was primarily designed as a font for Google Docs and Google Sheets. The straightline serif typeface equipped with seven styles of various weights is intended for use on screens and works great in challenging spaces. Spectral was created by Production Type, with its Cyrillic version authored by CSTM Fonts.