Navigo in use: wayfinding systems by Zoloto Group

Navigo seems like a fairly utilitarian font, designed specifically for navigation. There are not a lot of these fonts on the market — those that do exist include: Direct by Art. Lebedev Studio and Bureausign by Anna Danilova of Gorbunov Bureau. However Navigo still has its own voice — thanks to its triangular terminals — which most likely serve the purpose of assisting it to be equally readable from different angles. Navigo has parallels, for example, with Replica, made by the Swiss studio Lineto. Replica, with its compact, geometric grotesque with similar terminals, was not created with navigation in mind, and also looks unusual. Plus, Navigo is modern — it has elements of on-trend, brutalist aesthetics.

For navigation purposes, long Russian words definitely present a challenge. But Navigo is adjusted in proportion and compact enough to cope with the task. For the Cyrillic alphabet this feature can be critical. For example, for our project at Rosa Khutor, we actually solved the problem of navigation inside a shopping center by placing the information outside on the street: this was a large amount of information (for about 300 tenants) that was difficult to understand, and that needed to be placed on a map.

It has been interesting to see how the font behaves in a dense, varied setting. Employed at large scale in a location where the user is located, the distinctive terminals and personality are apparent, plus at small scale (on the map) the font retains good readability. However Navigo lacks a special style for small font size and cartography. On a map, a font usually stands against a busy background, which may include: texture, trees, rivers, and intersections of volumes and colors. So a font needs to have good weight in order to overcome all these competing elements and remain readable. 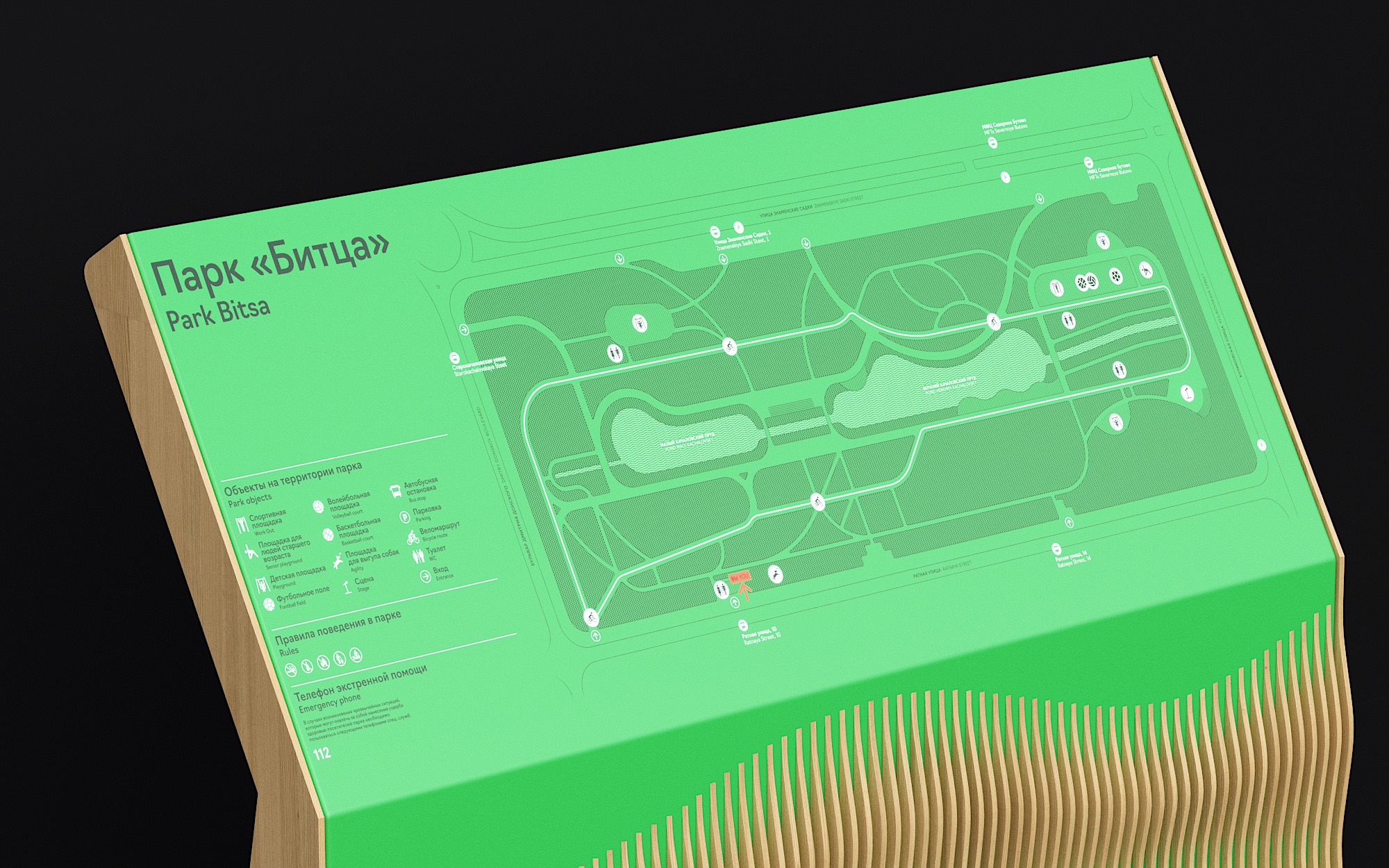 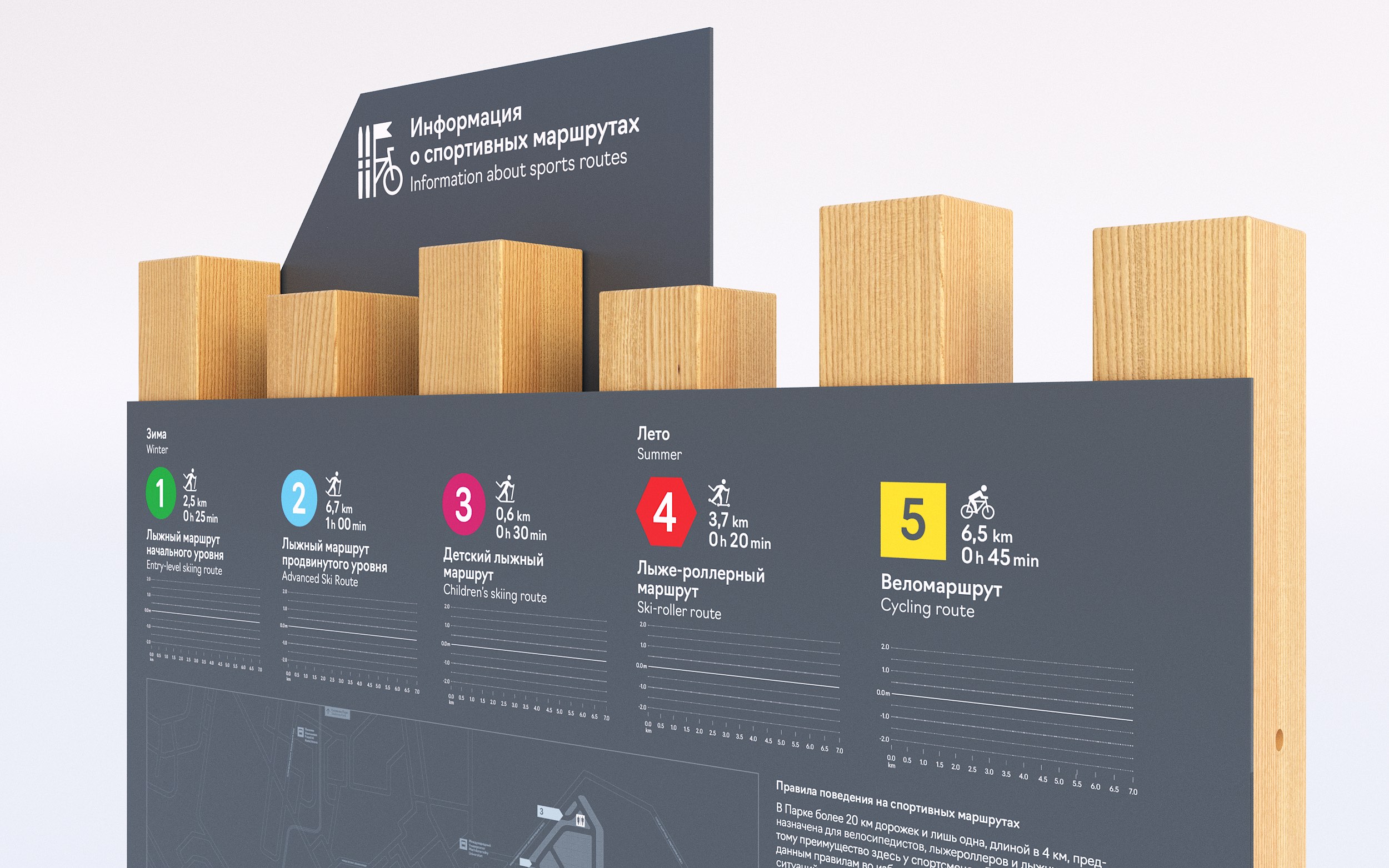 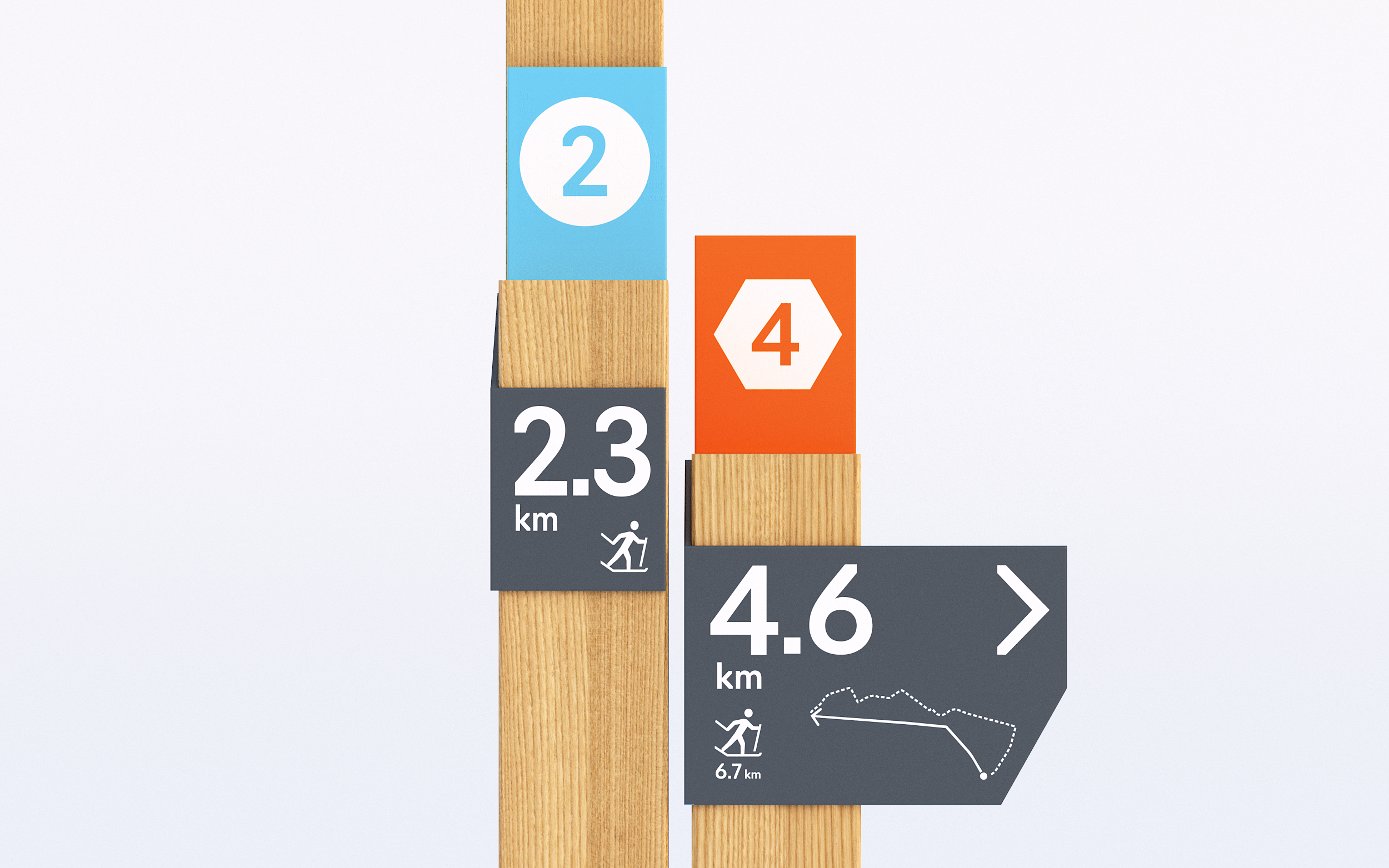 Before Navigo, our “workhorse” for navigation projects was Formular. We later tried Navigo for several projects (the first of these were the FiliCity Housing Complex, and the Bitsa Park, and Hydroport). Now, when we have navigation projects with tight turnarounds and the font doesn’t need to serve a decorative function, ie: it’s not for an office space, we feel that Navigo is a solid solution. We’ve used Navigo for about 10 projects. As a rule, these involve interior and exterior navigation for parks or offices.

In seemed to us that the Navigo pictograms were too bold — they suited neither us, nor our clients. With this in mind, we began to adapt the set of icons and expand it, depending on the project. Now we already have more than 120 of them. We may have created them more accurately, but they have the same construction principle as the original icons. It is always interesting to draw pictograms using this type of brutalist aesthetic.

Navigo also lacks a custom style for lightboxes. The backlight, as a rule, deprives the font of density, and it becomes illegible. However to be fair, I have seen very few fonts that also work well on light surfaces: the exception is Eric Spiekermann’s Transit. 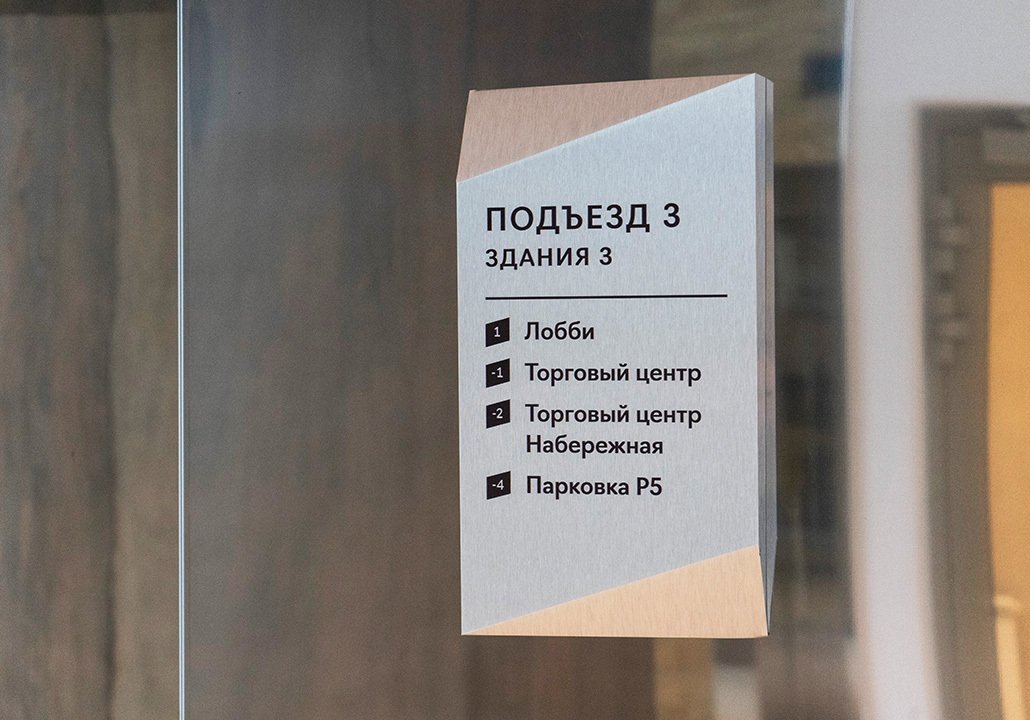 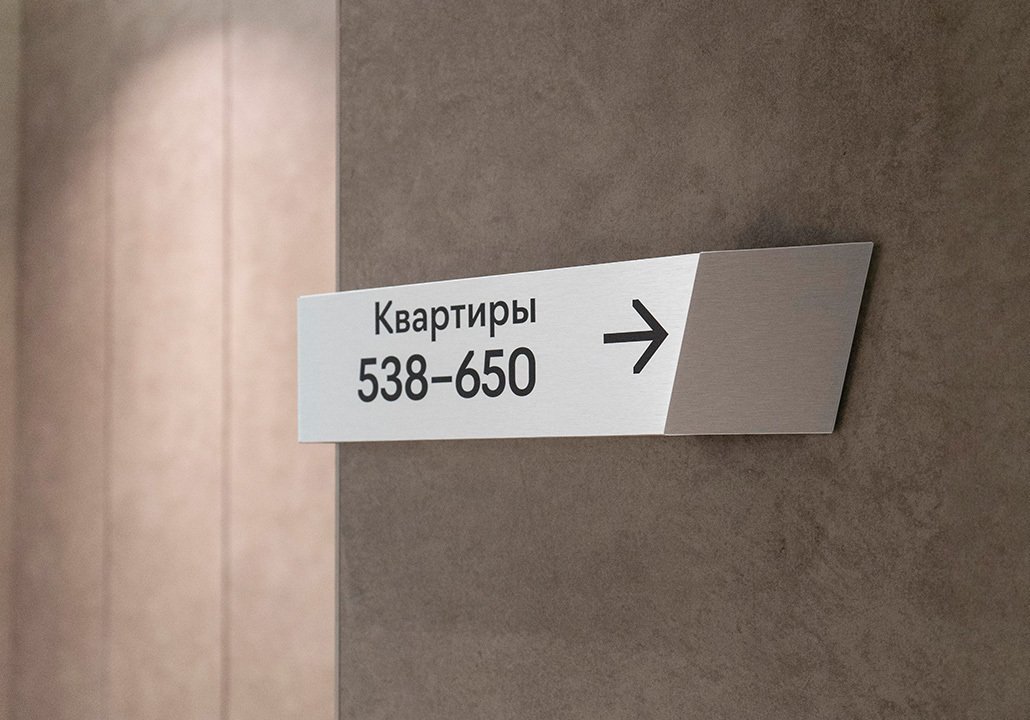 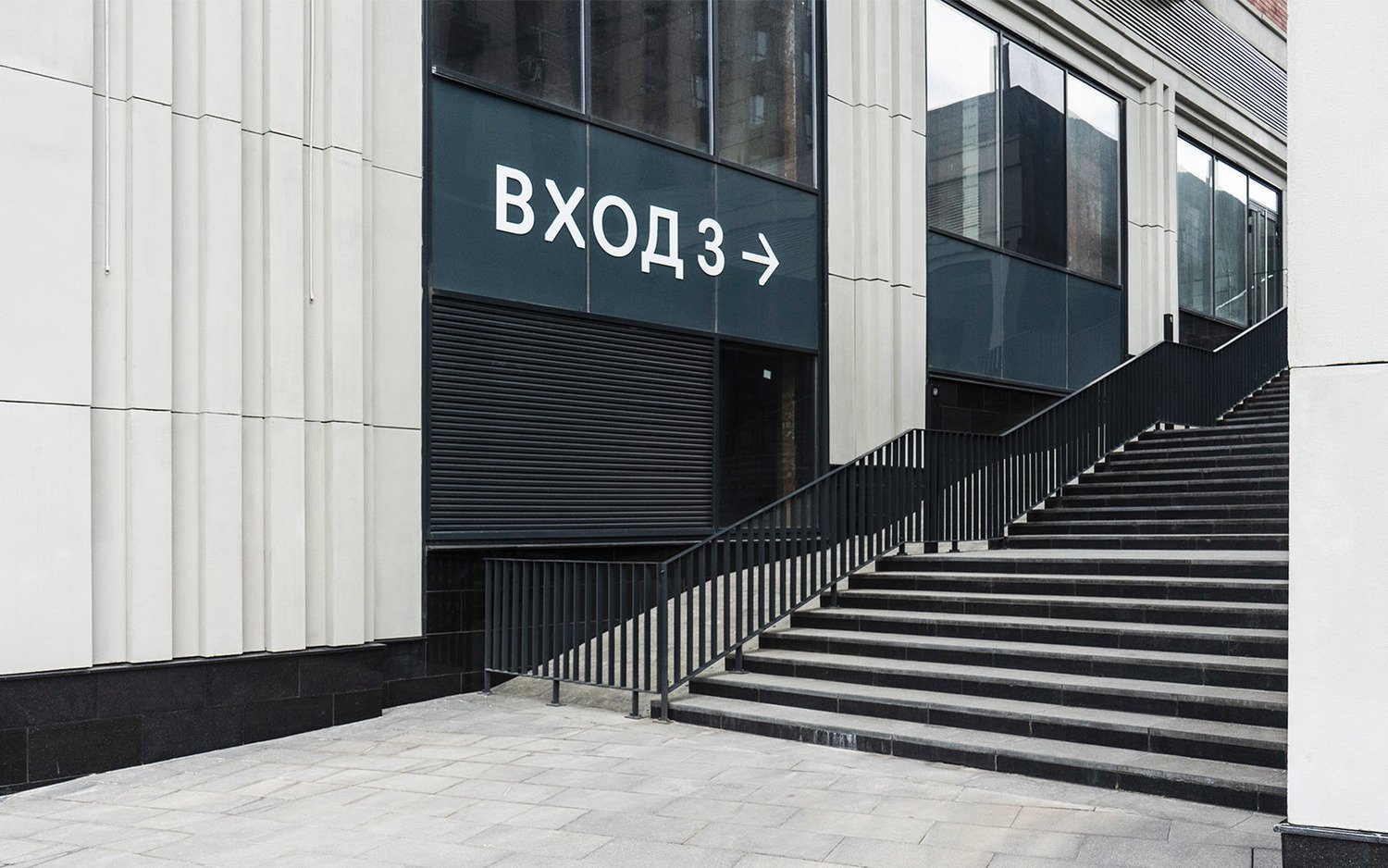 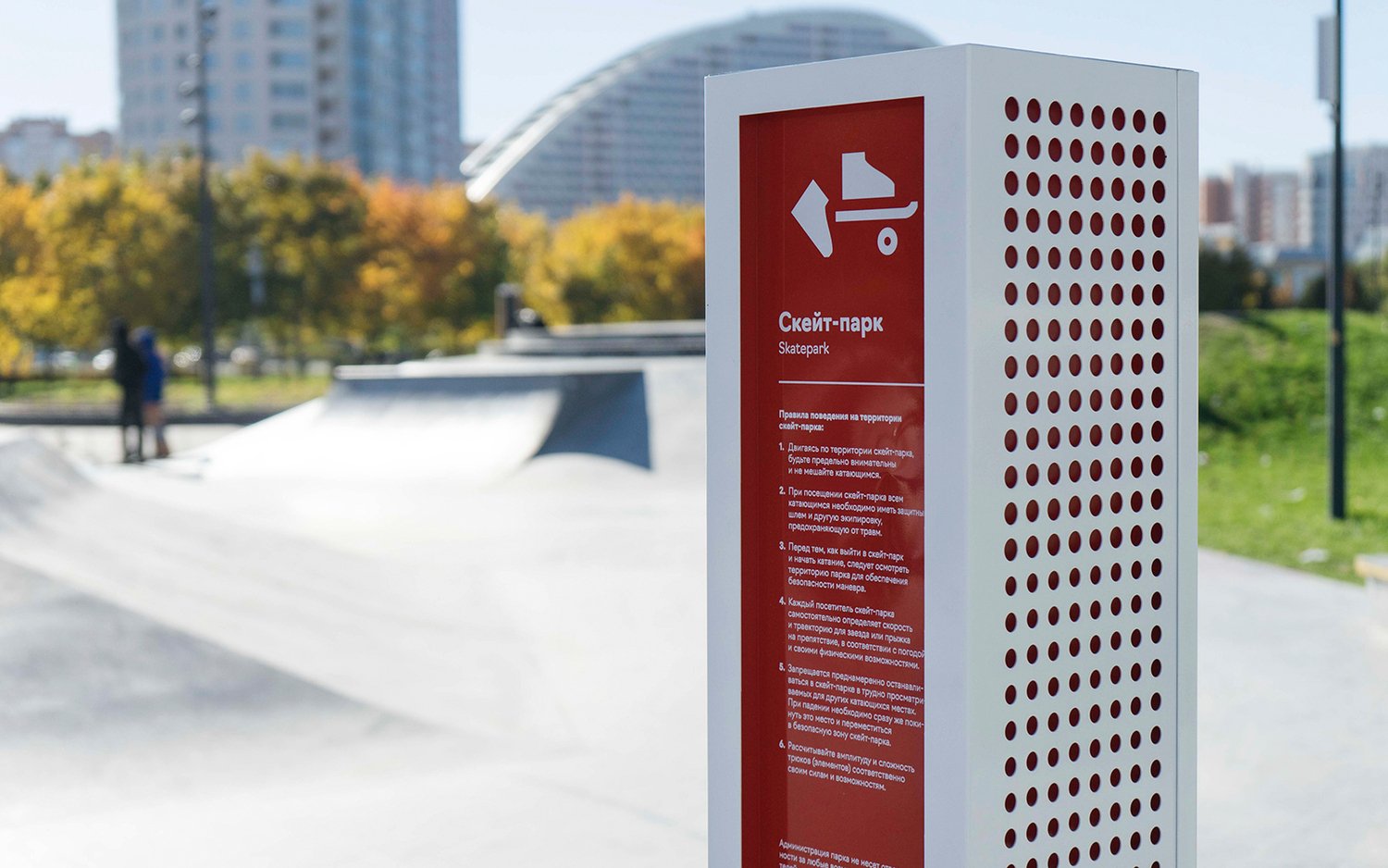 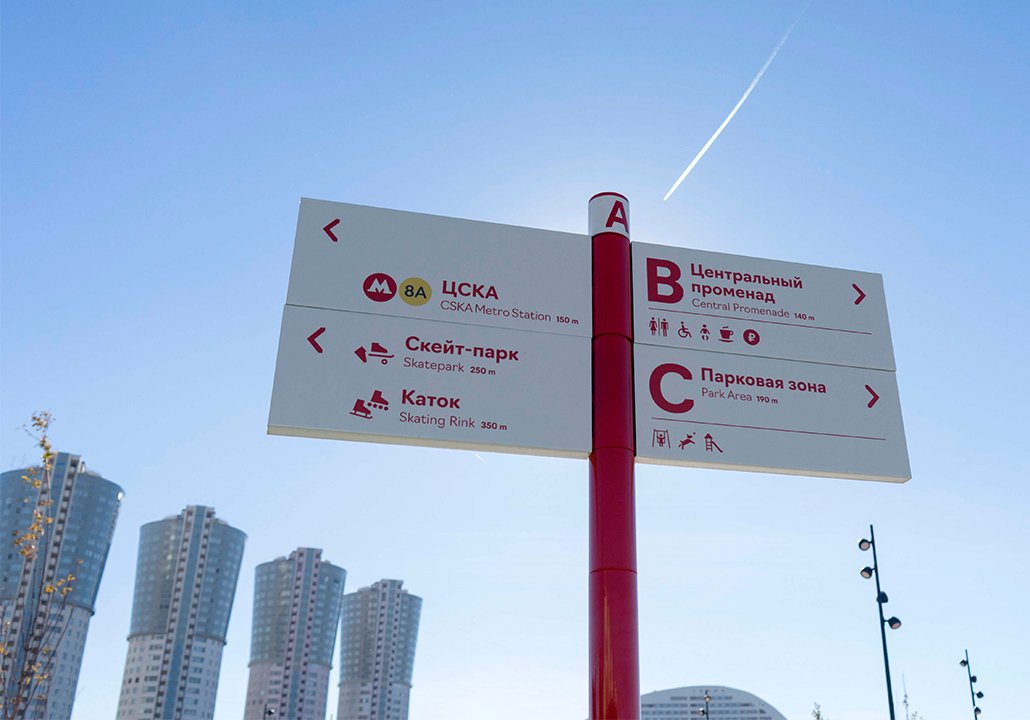 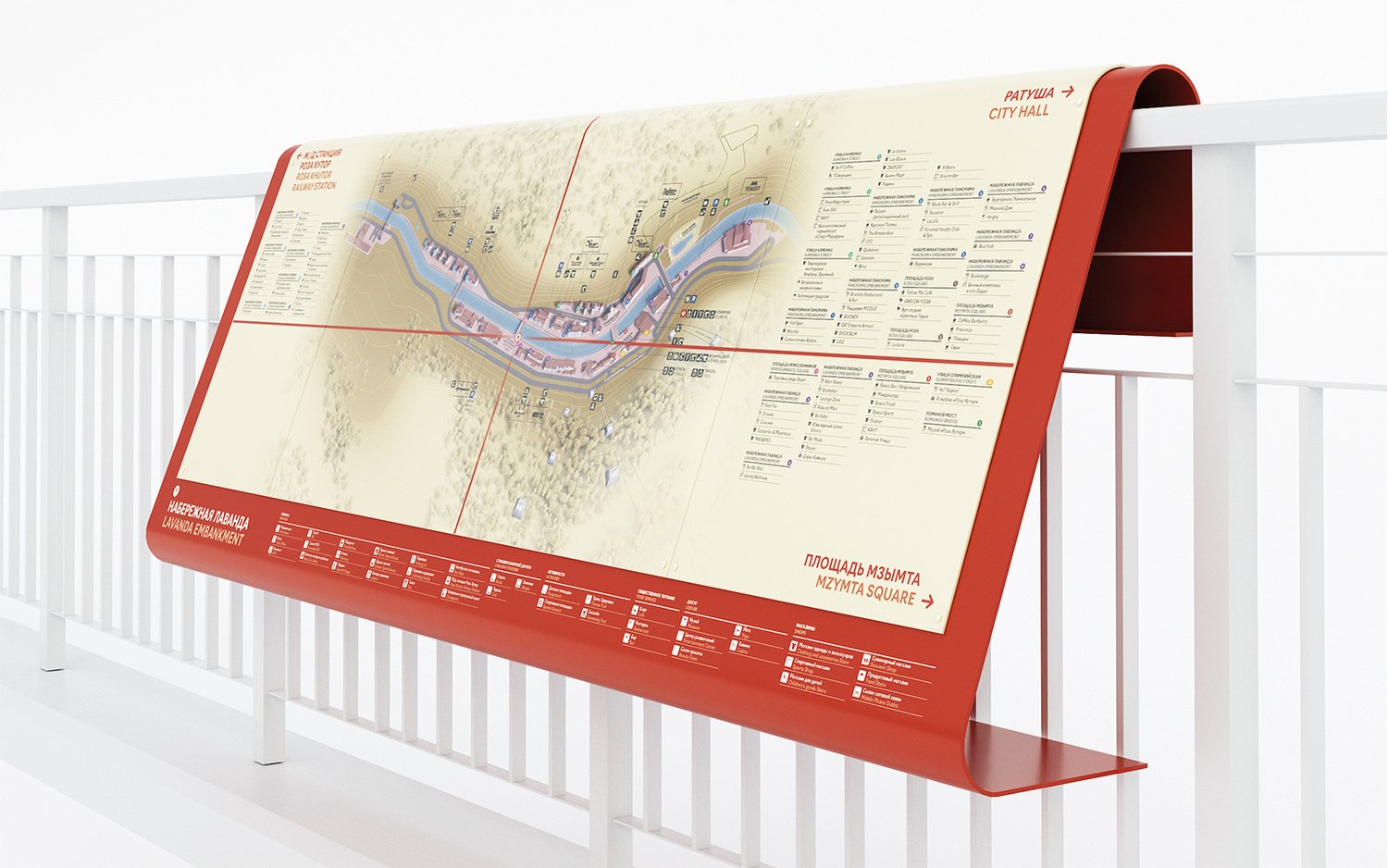 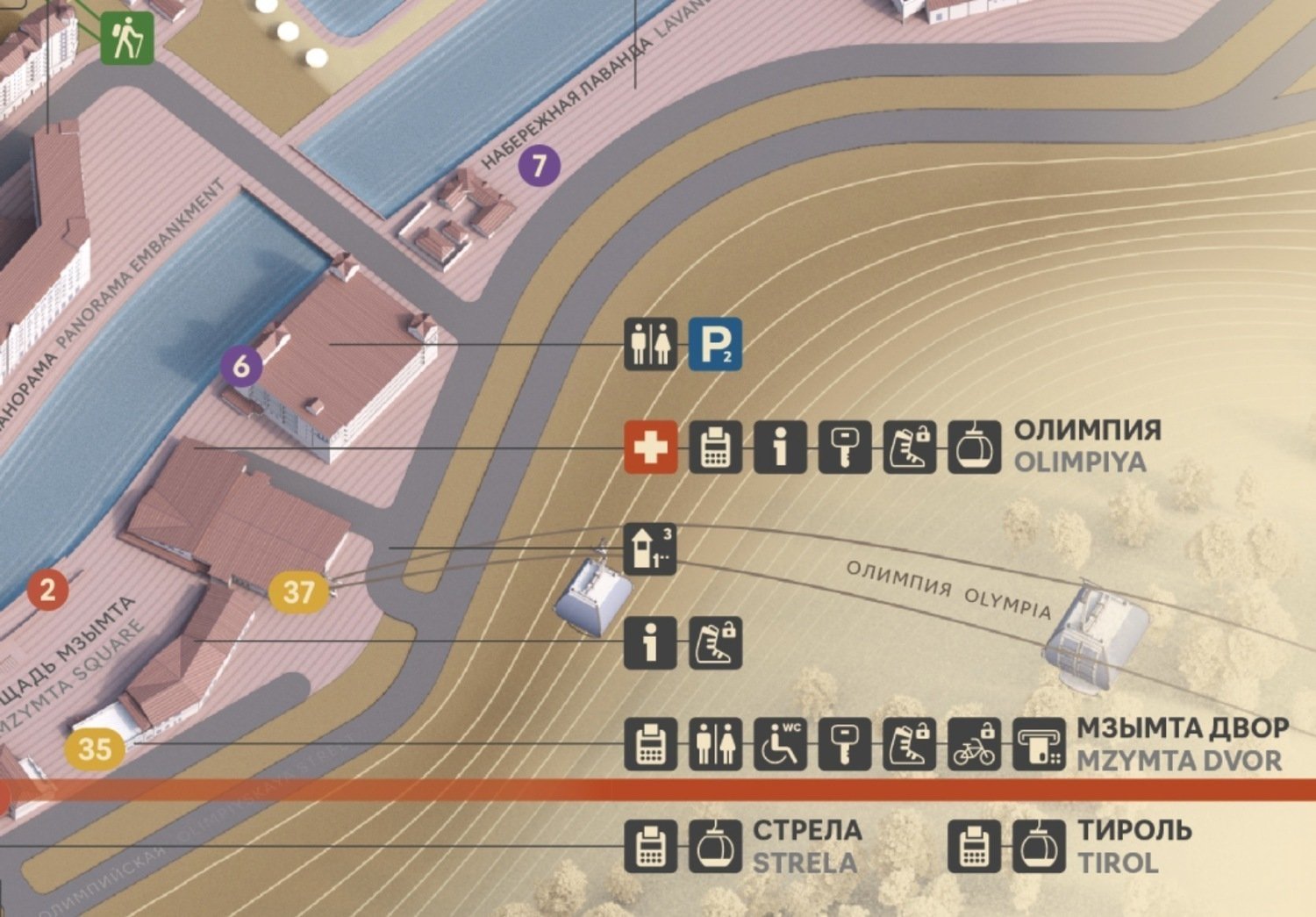 We would be interested to look at the italics for Navigo with terminals that provide a denser set. However as a rule, we rarely use italics in navigation. Characteristic italics in a text set are a good way to make something stand out. And in short navigation messages in a text block, there should not be a feeling that these are two different fonts — this can happen if, for example, one uses italics for English. However current navigation is often trilingual, and italics employed next to Chinese characters, for example, look very strange. We try to solve this in a more subtle manner: either with a lighter style, or with size, or with color or tone. We would also like to expand the glyph set with circled numbers. For the Rosa Khutor project, we did this manually.

When we begin to draw pictograms, first of all, we pay attention to the proportions of the font that stands next to it — its weight and details. It is important to consider in what conditions or context they will be utilised. The icons are located on the baseline — sometimes they are used on a map at small scale, and at large scale at end points. Accordingly, the graphics of the icons, like the font, must withstand being used at all these sizes. Since Navigo has become a popular solution for our projects, the preferred weight of the icon is more like Medium, which can be teamed with both Bold and Regular (changing the size using a text box). In regards to details, we maintain continuity — everything is quite geometric and abstract, but at the same time it is graphic and neatly cut. 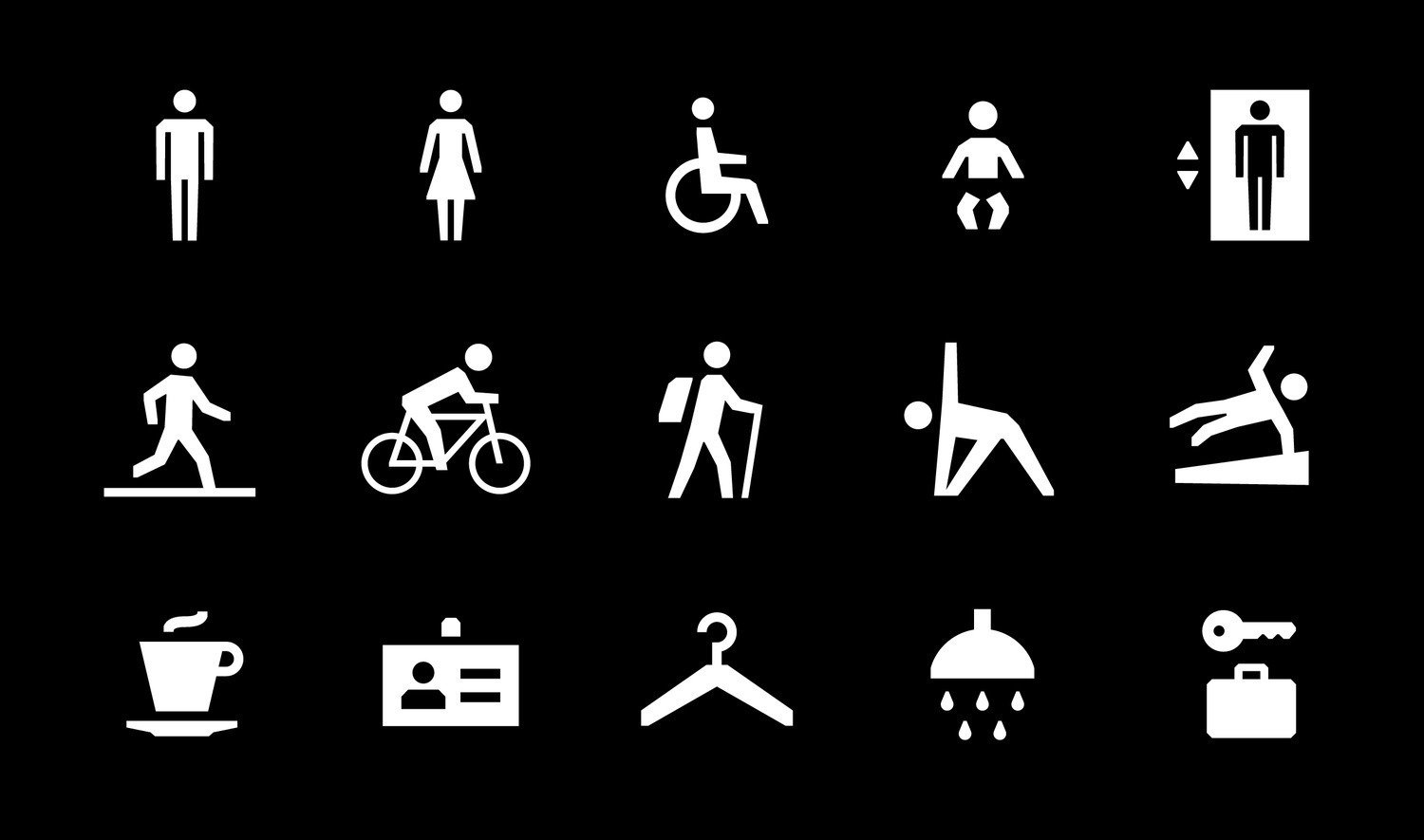 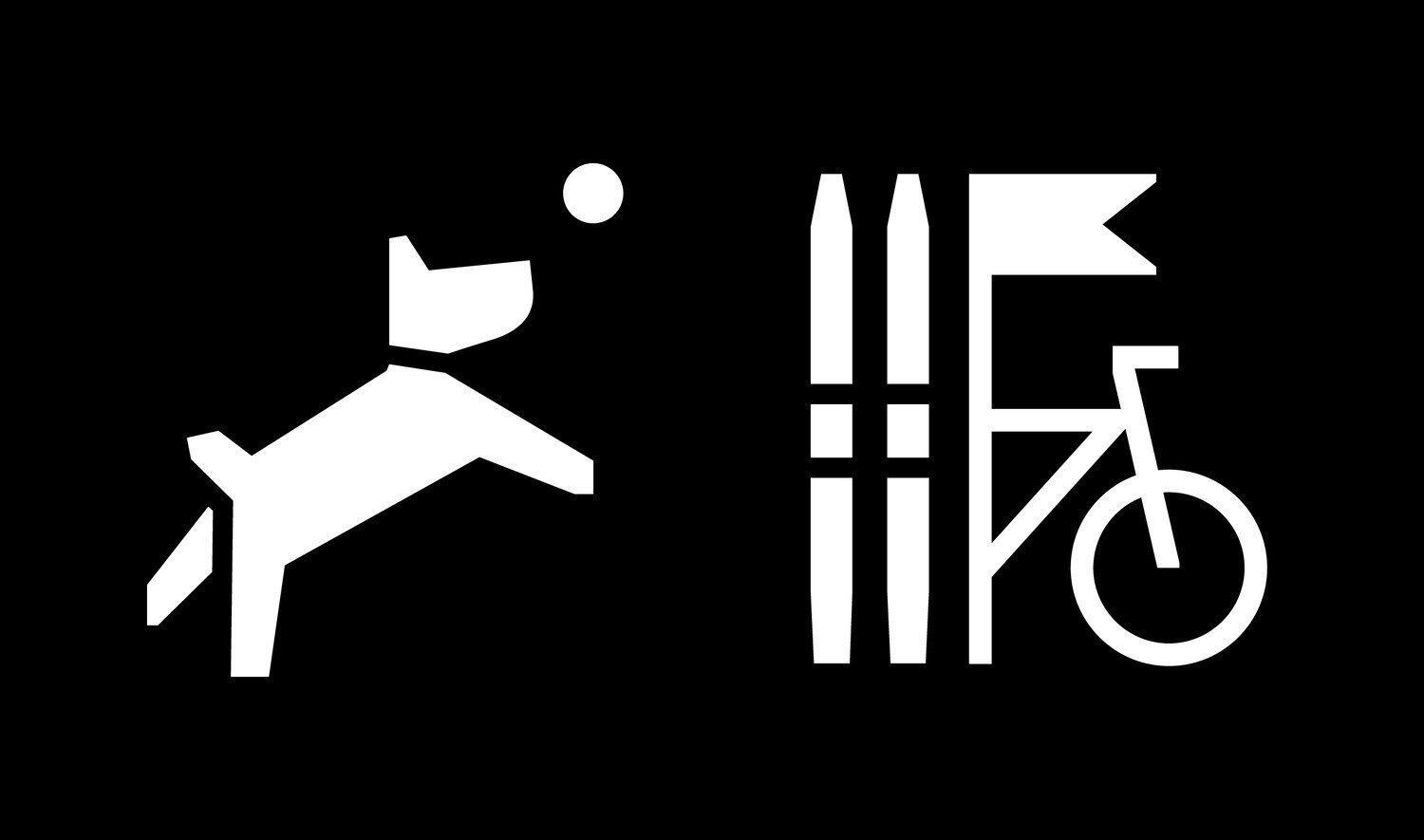 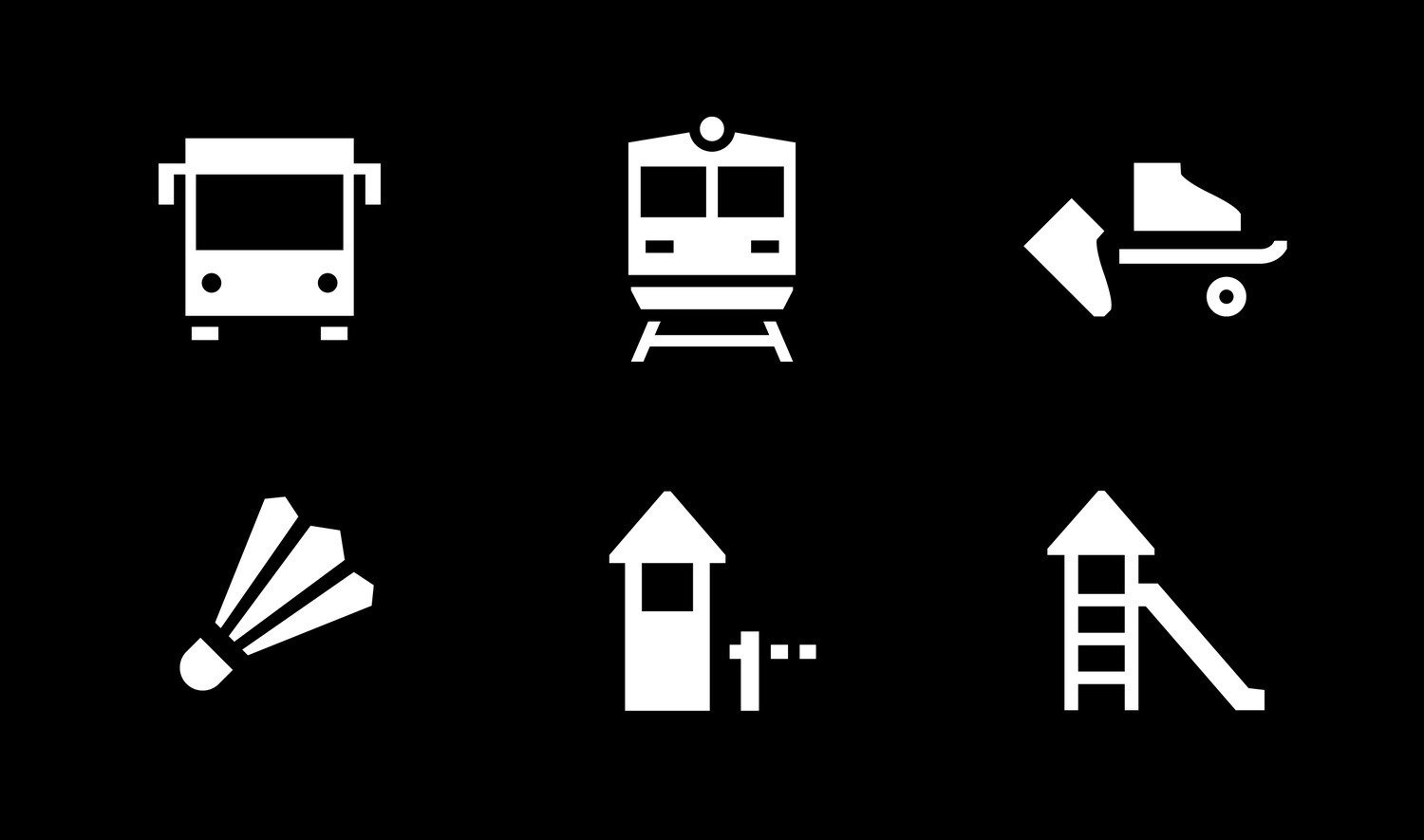 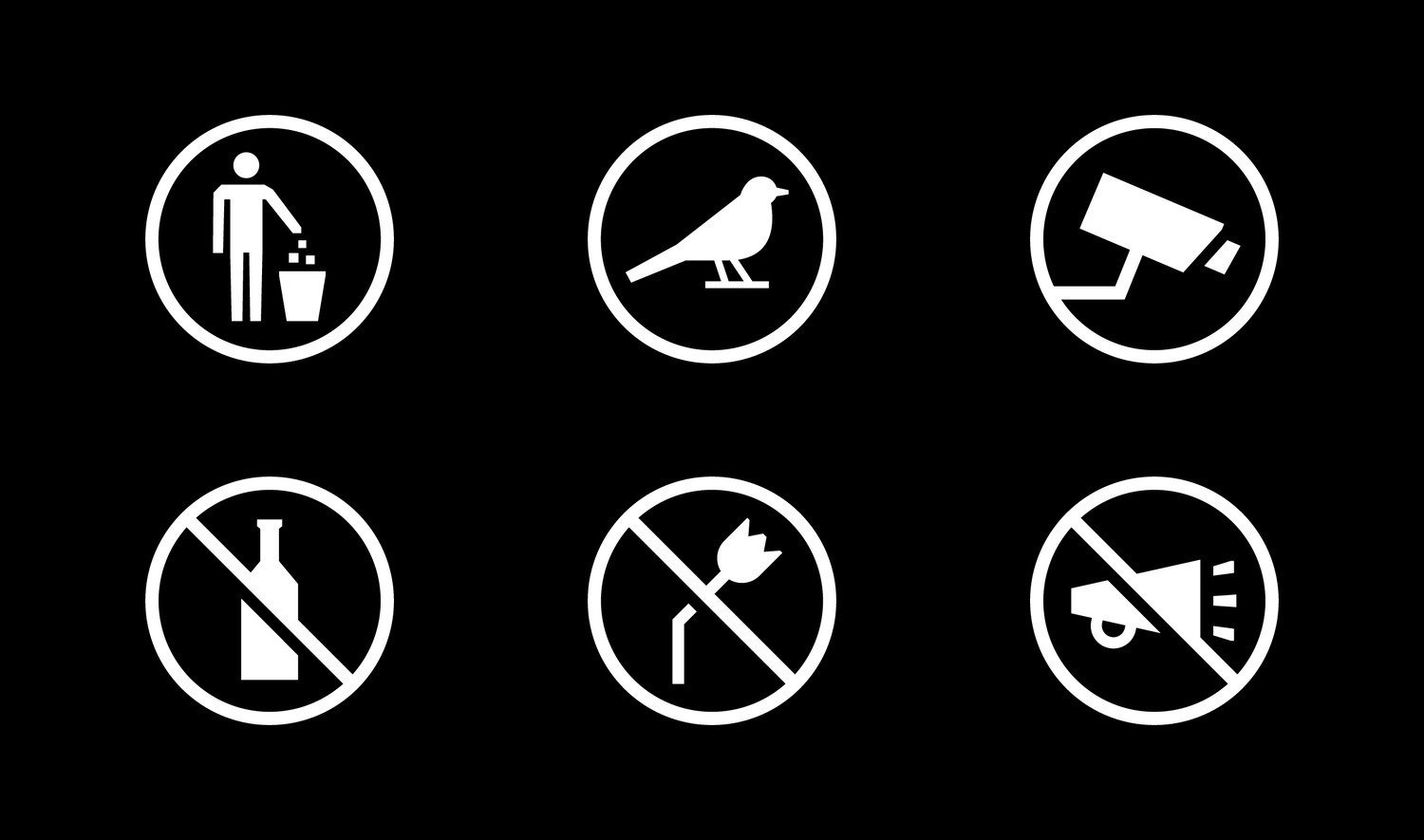 We are very glad to see Navigo used in wayfinding systems, not limiting with that of Moskva City. Besides other, it proves the font is a Muscovite, just the way we wanted it to be. Navigo Italic and Variable are now in the works — they are likely to meet the demand of some designers

It was a surprise to know the angular cuts on the terminals are perceived as functional — but if they really do work for legibility at some visual angles, hurrah-hurrah then. Actually, they were merely designed as a style feature. 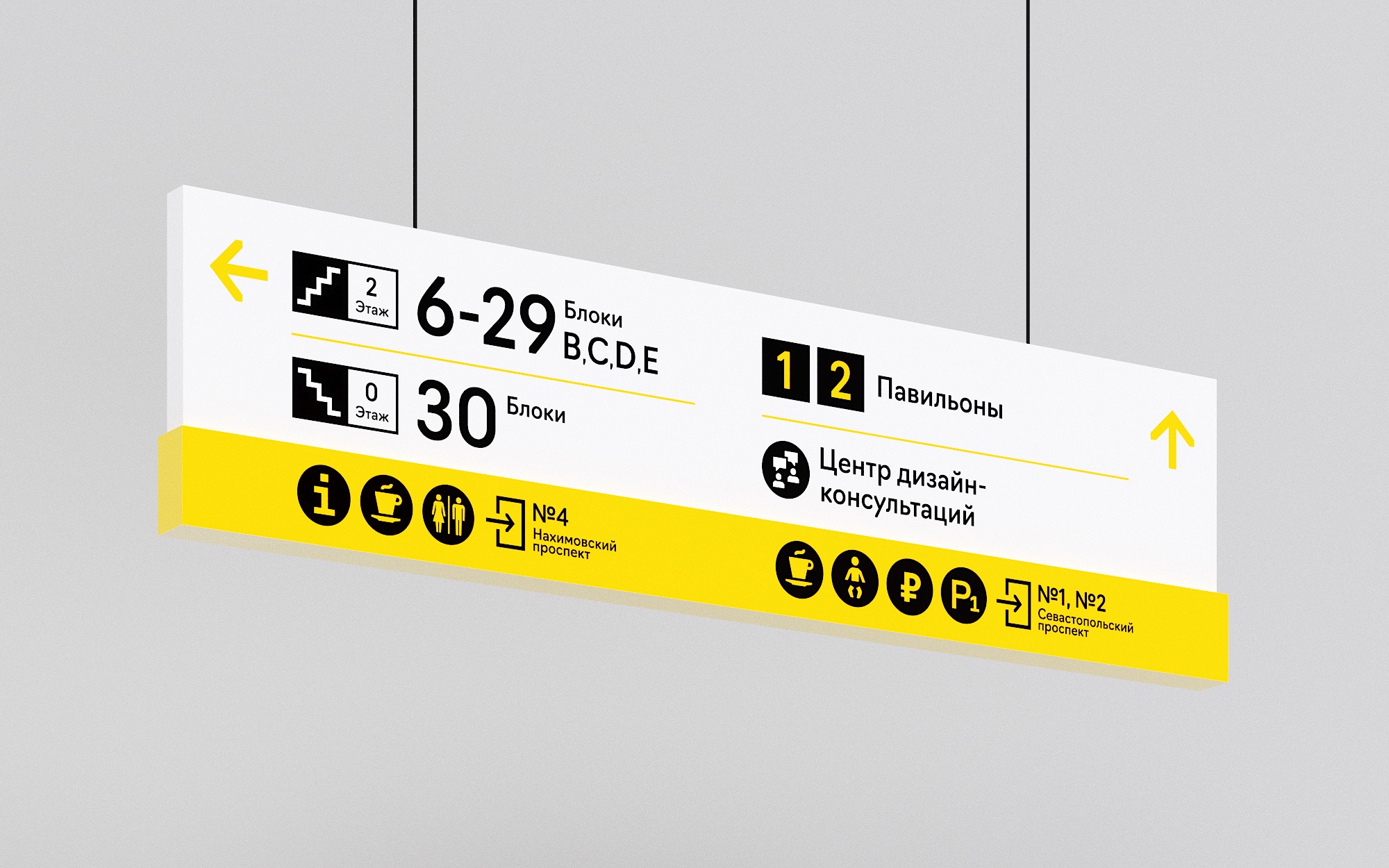