Coopywriters are all about text, naming, signification — all things to do with a lot of letters. A typeface would be an essential working instrument for Coop, thus it had to communicate the agency’s spirit.

The solution was soon to be found. I noticed that diagonal stroke apex in Navigo fit perfectly to the pending logo we’d come up with. I’d known Navigo since several years, when we worked for Moscow City — the typeface is used in identity and wayfinding there.

Navigo possessed the necessary quality of being neutral — no serifs, no swashes — so that the clients wouldn’t have to deal with an ornate, if even a very stylish, typeface. We needed an easy, pragmatic tool — exactly the Navigo type. It is expressive, yet not gaudy. 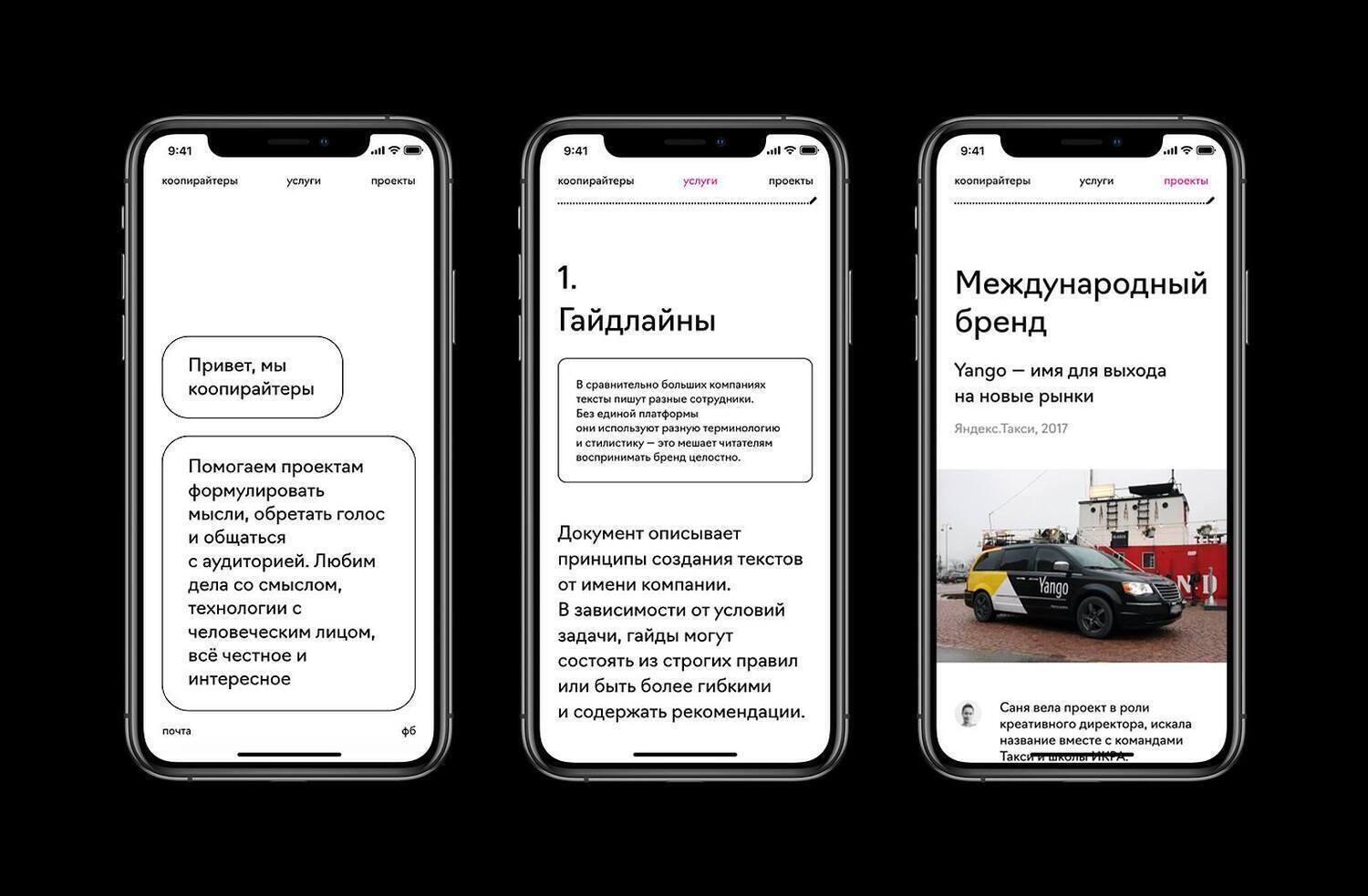 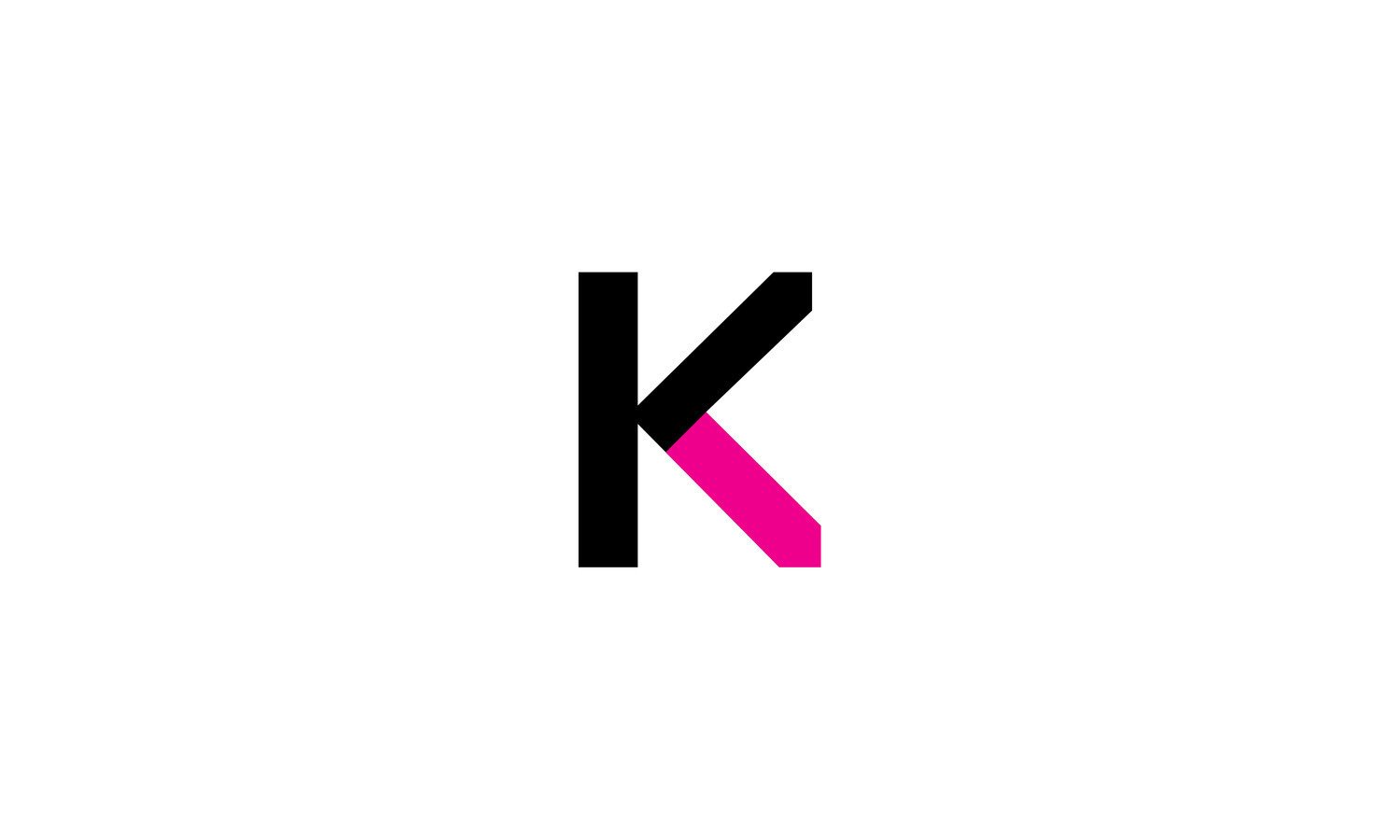 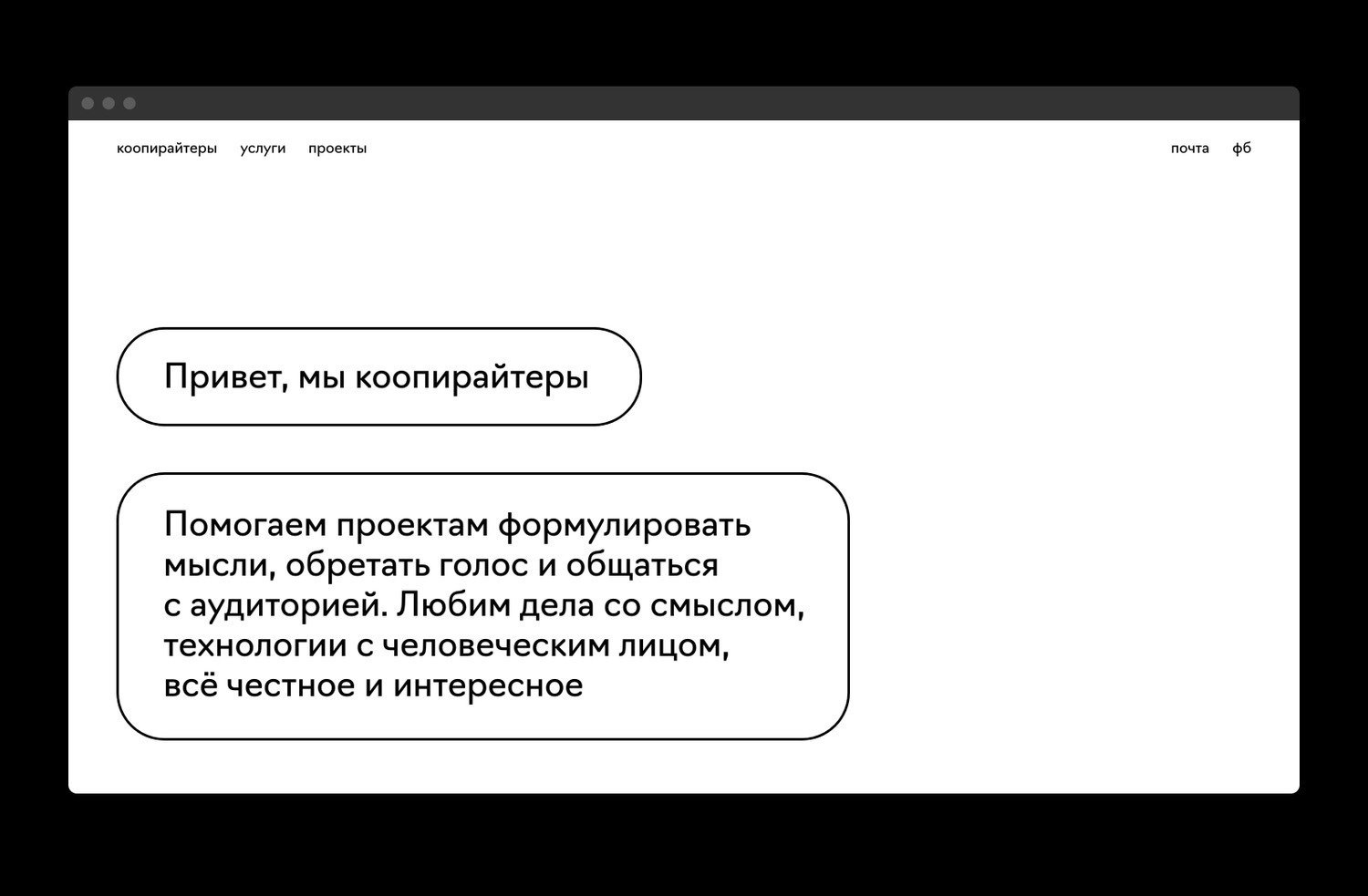 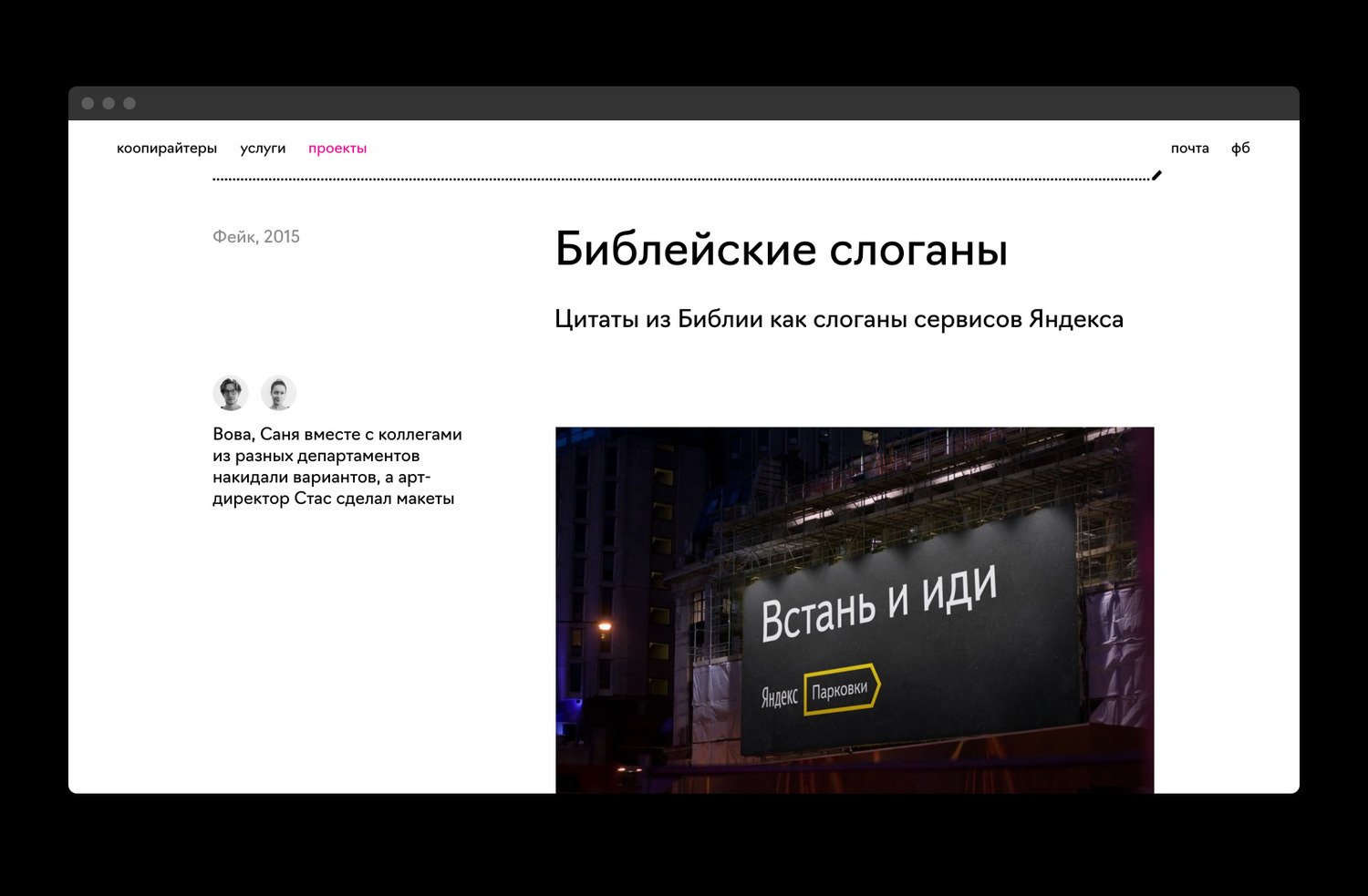 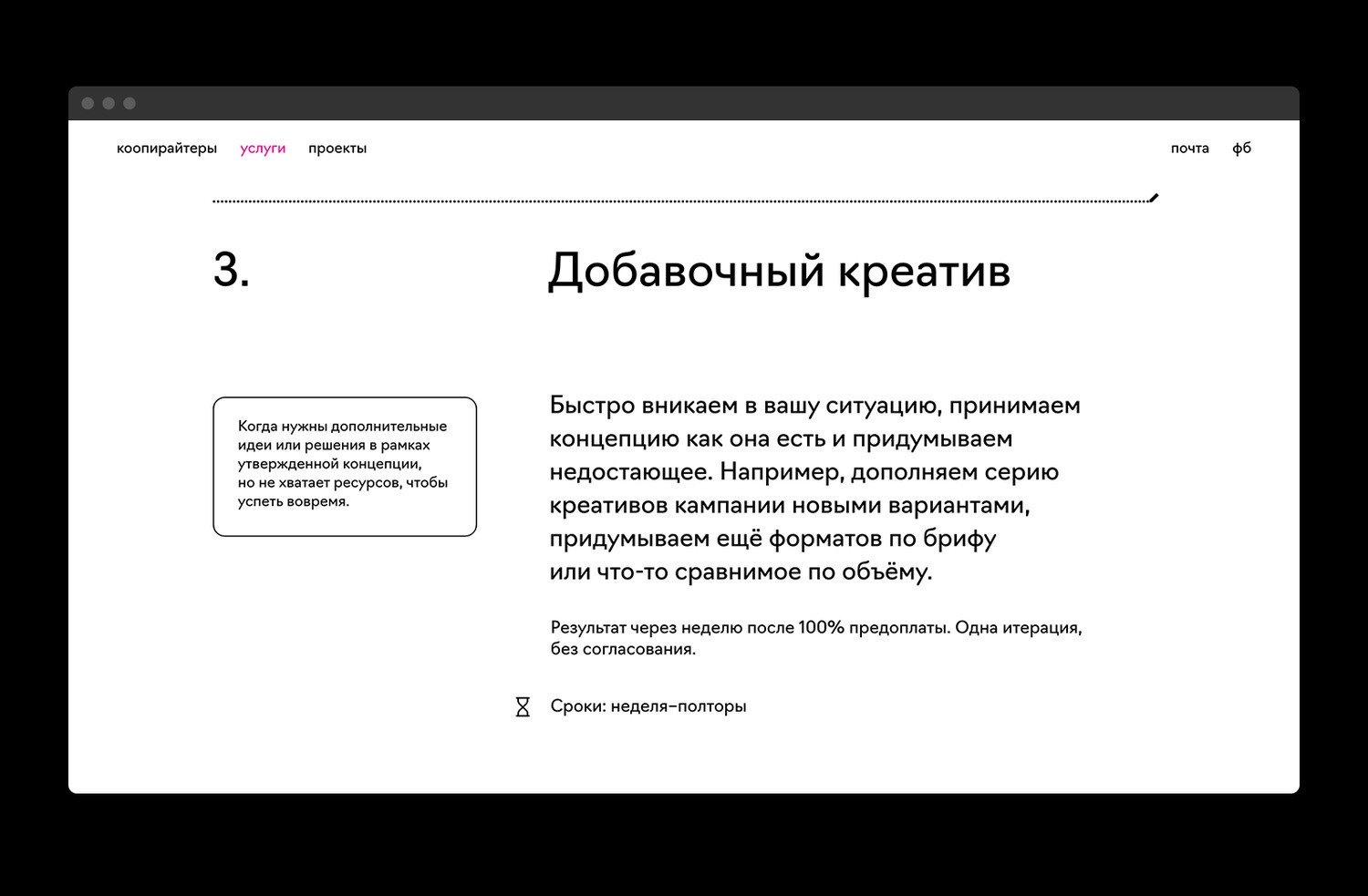 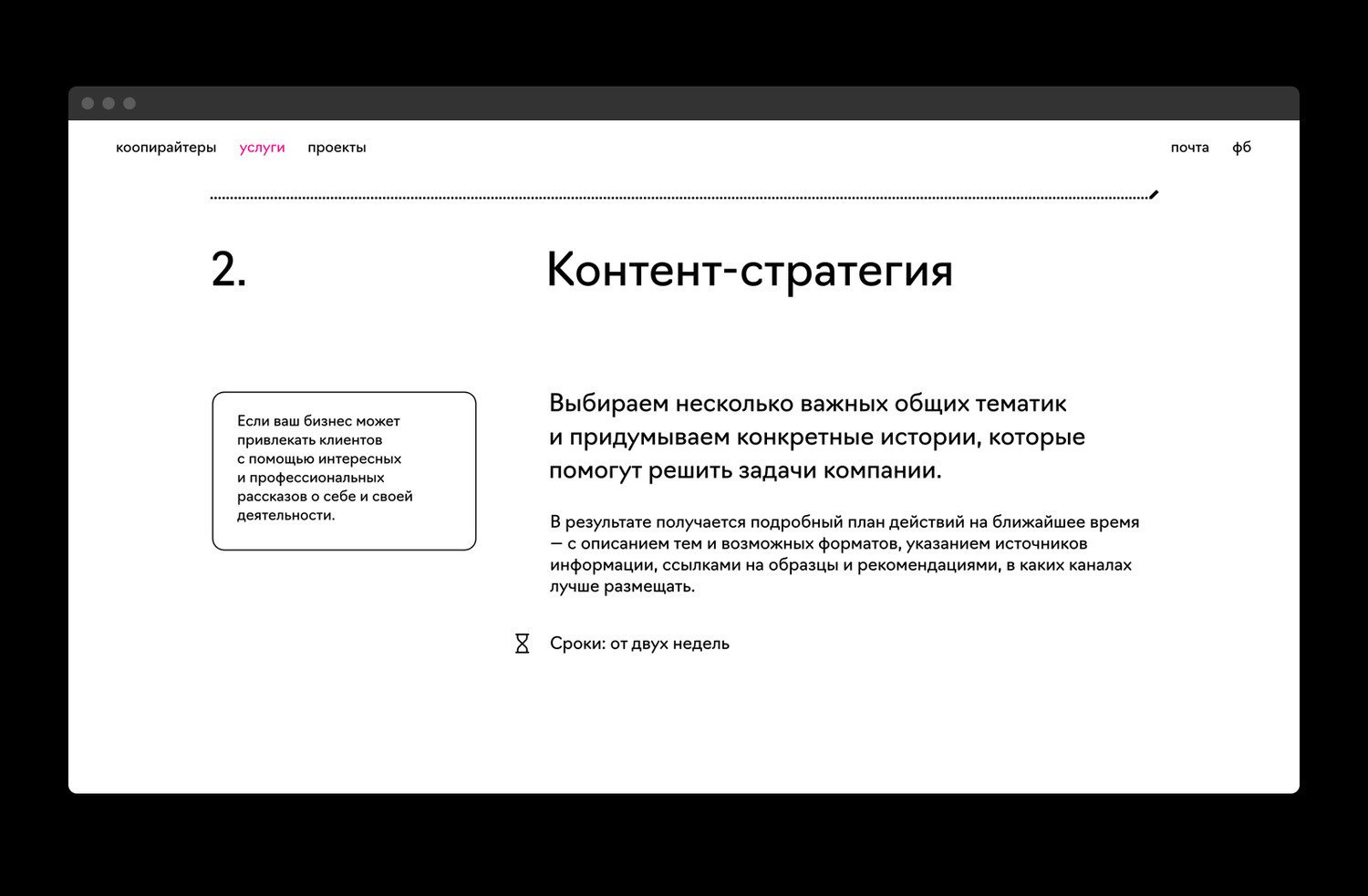 We saw it work out perfectly, when we set the different weights of Navigo against the logo — Navigo Thin, Bold, Semibold. It works well in texts, as well as a display typeface. Plus, it is very distinctive: it takes only two texts to look at, and you will never confuse a Navigo typeset with any other font.

Another thing that mattered was quality Latin and Cyrillic, since Coop works in both English and Russian. There is still lack of quality Cyrillic fonts — it’s great to see type.today have them.

We work with cutting-edge clients and briefs and that is the way we want our fonts: relevant, up-to-date, not old style and old school. Navigo is great with its versatility, it is an all-terrain font. In Moscow City it faced so many challenges — ultimately, it had to be very legible. Coopywriters needed a multi-size font for headings, subheadings, lists, charts. Navigo worked very well in every size and we never needed a font pairing.

Coopywriters’ identity is a rare case for Sulliwan Studio because it is based on typographics entirely. There is very little graphics there — just the dotted line and the pen inside the bubble, which are used to separate text blocks. Coopywriters can do great with just the name set in Navigo, not using the logo at all.

We designed Navigo for wayfinding, and now it works in graphic interfaces, in a USA presidential campaign, and now, in an identity for a text-centric service. Navigo is a distinctive, not a universal tool — that is why I am especially glad to see it chosen for very diverse tasks. The era of super-universal communication seems to be over and I am more than happy about it.