How to prevent your type from being bought by racists, how algebra can help make a good layout, and where to find better free fonts than those on Google Fonts

Typefaces of March as chosen by TypeCache 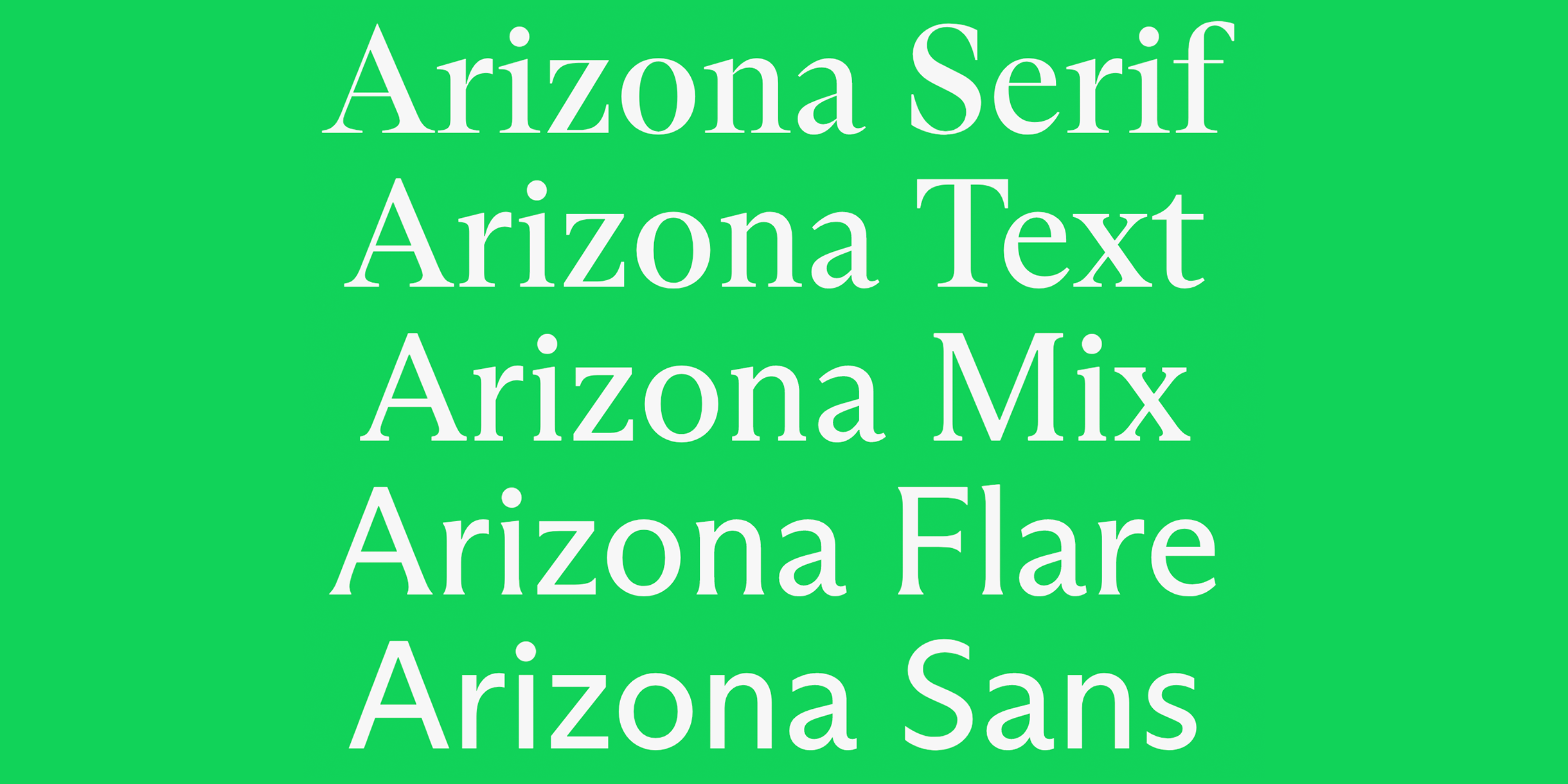 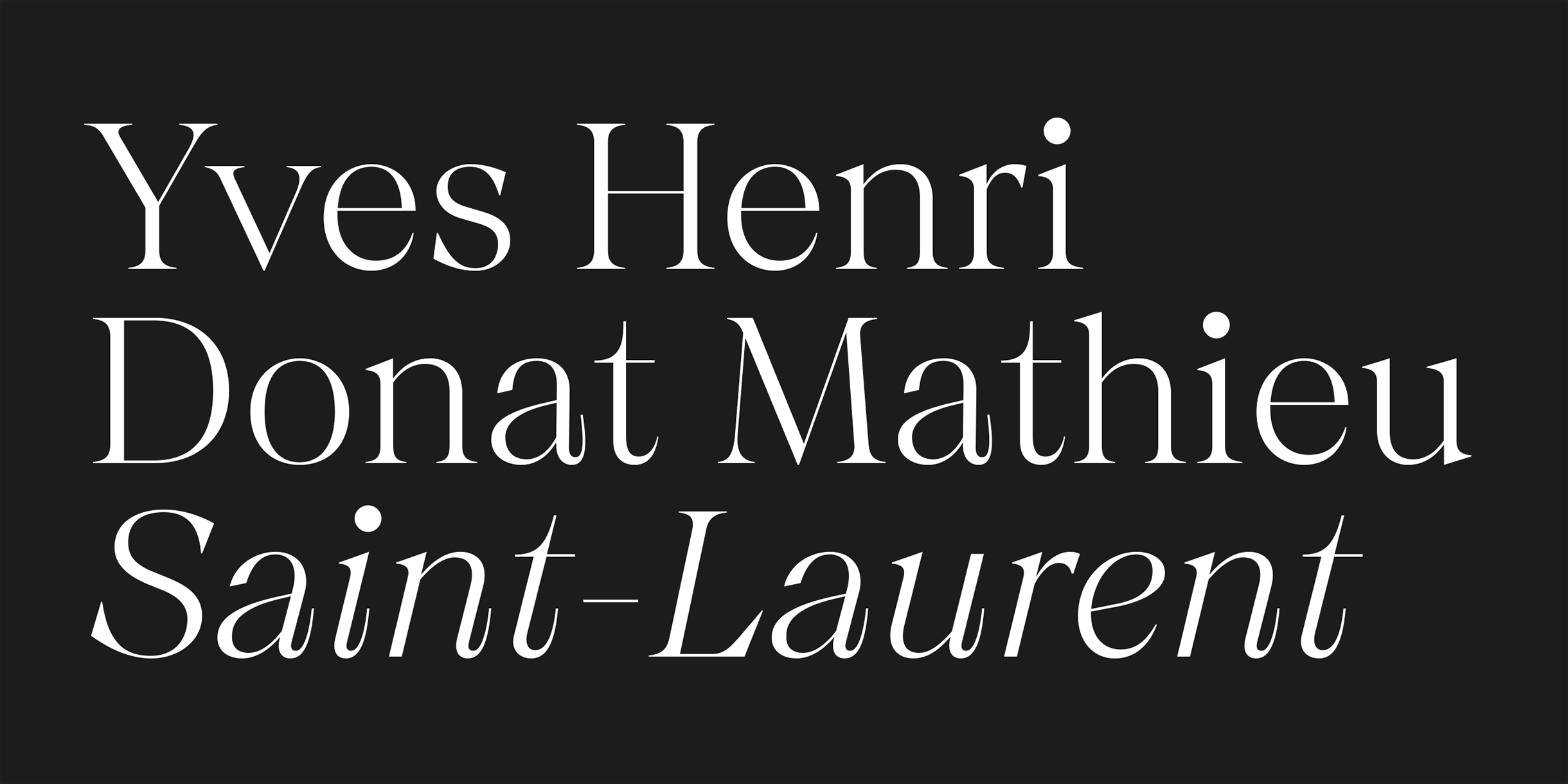 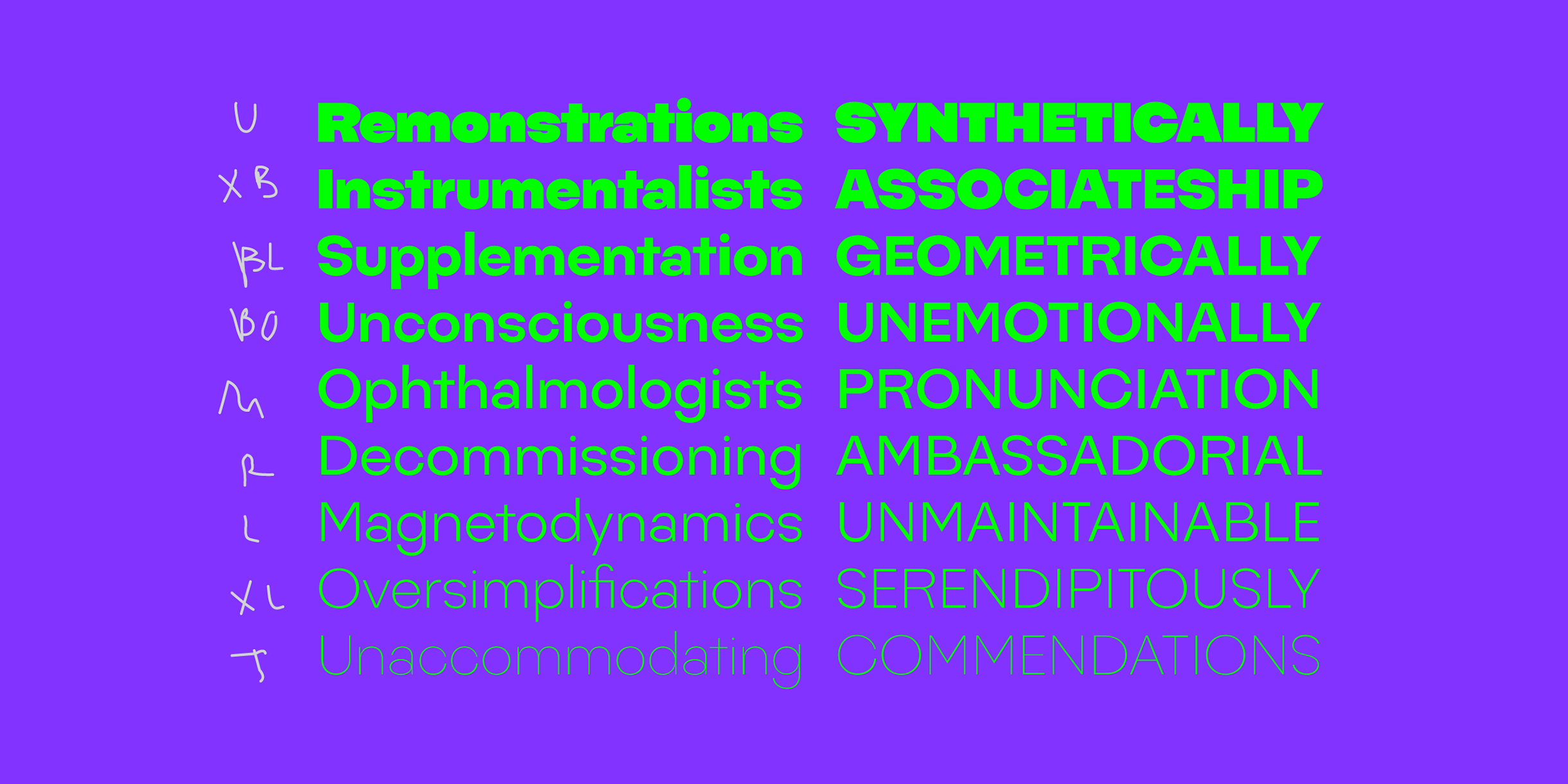 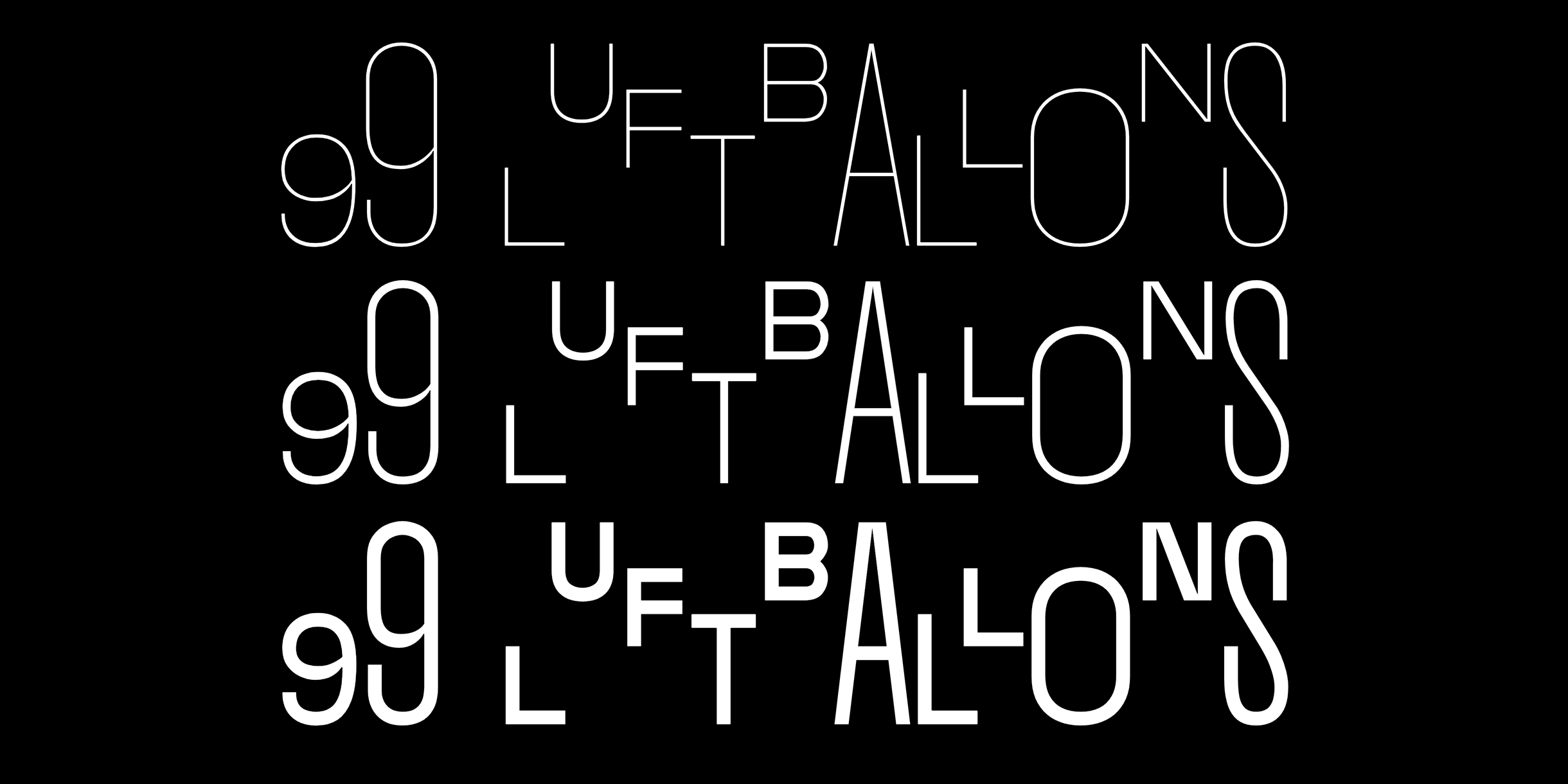 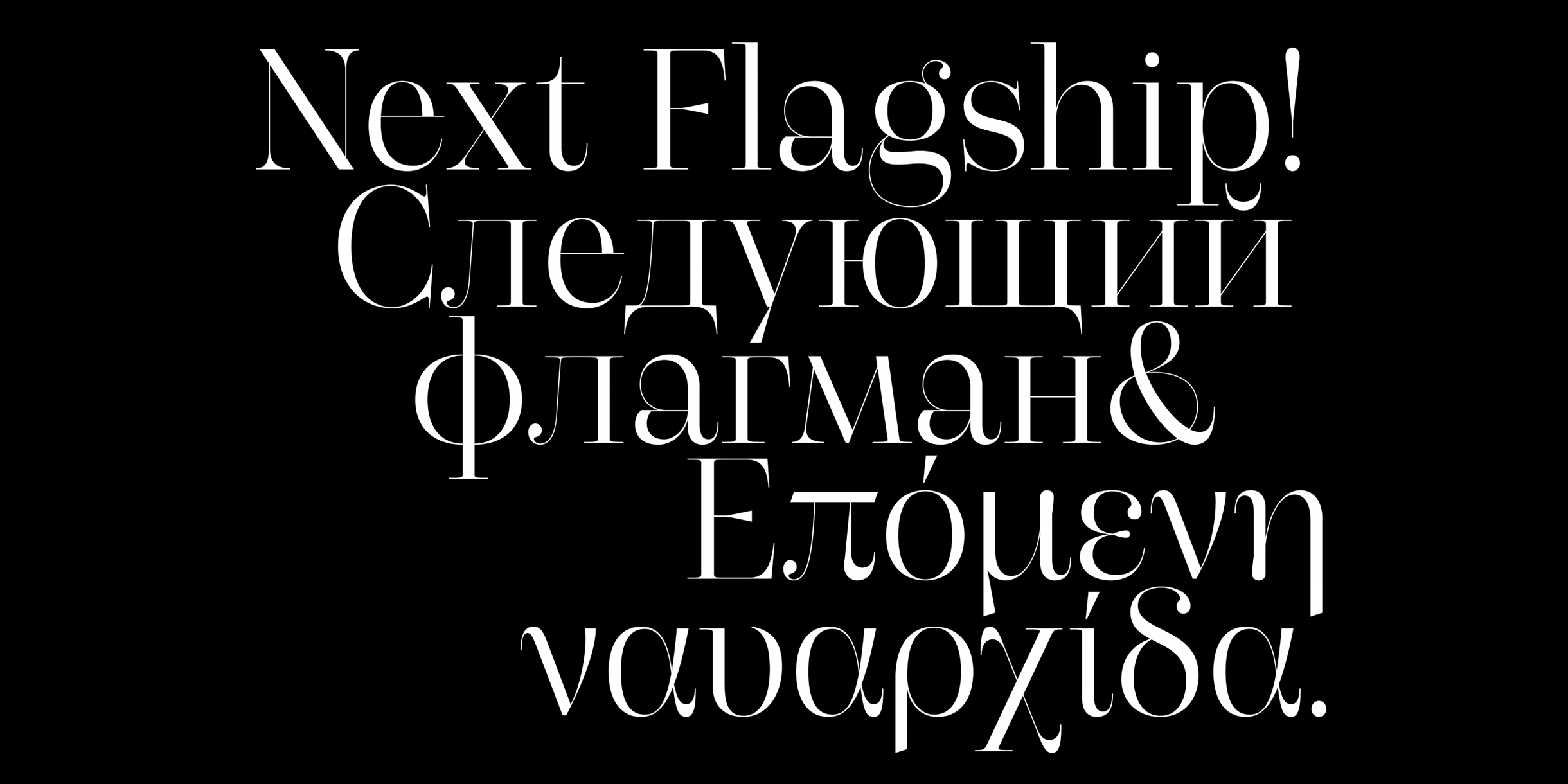 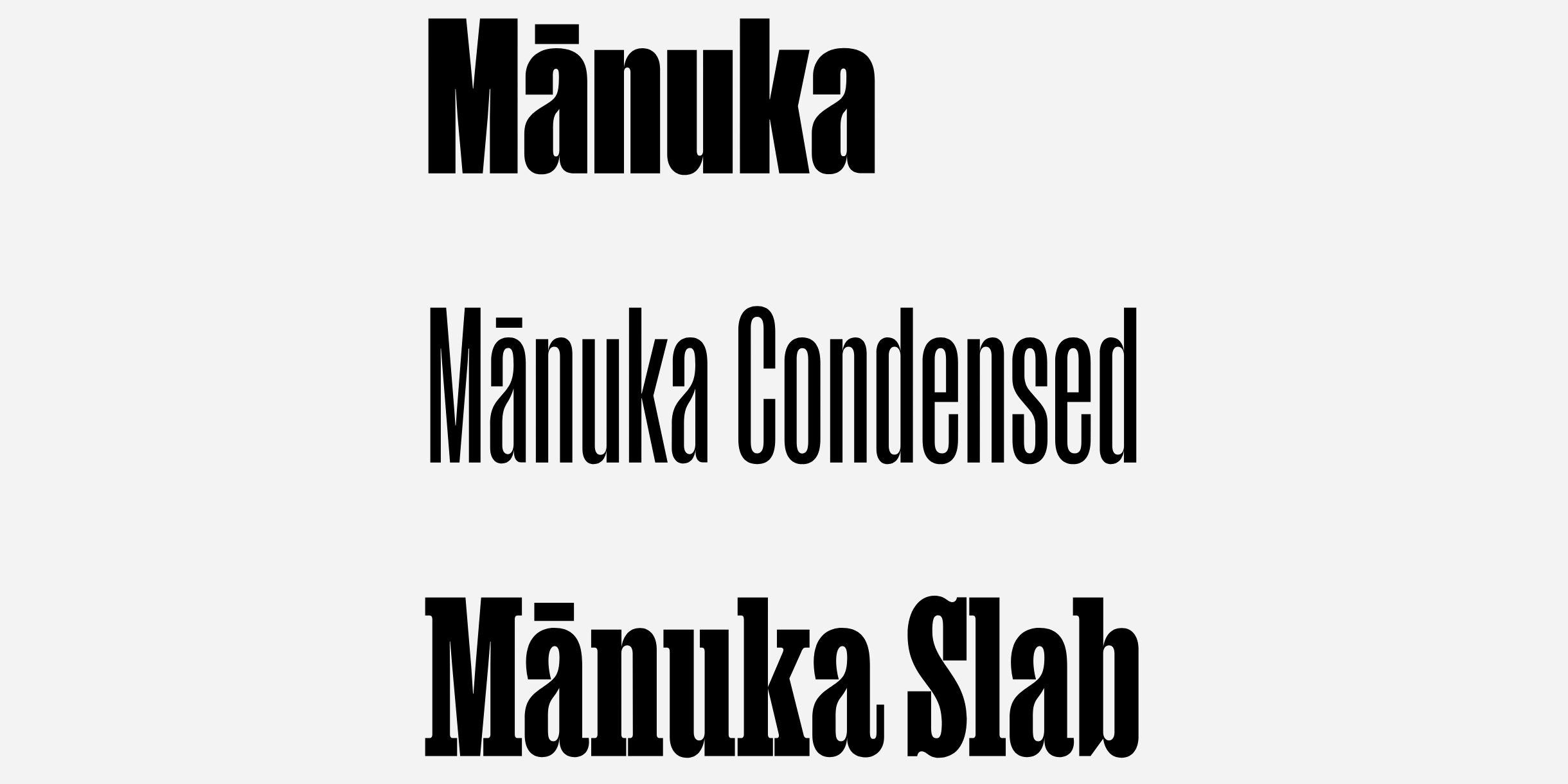 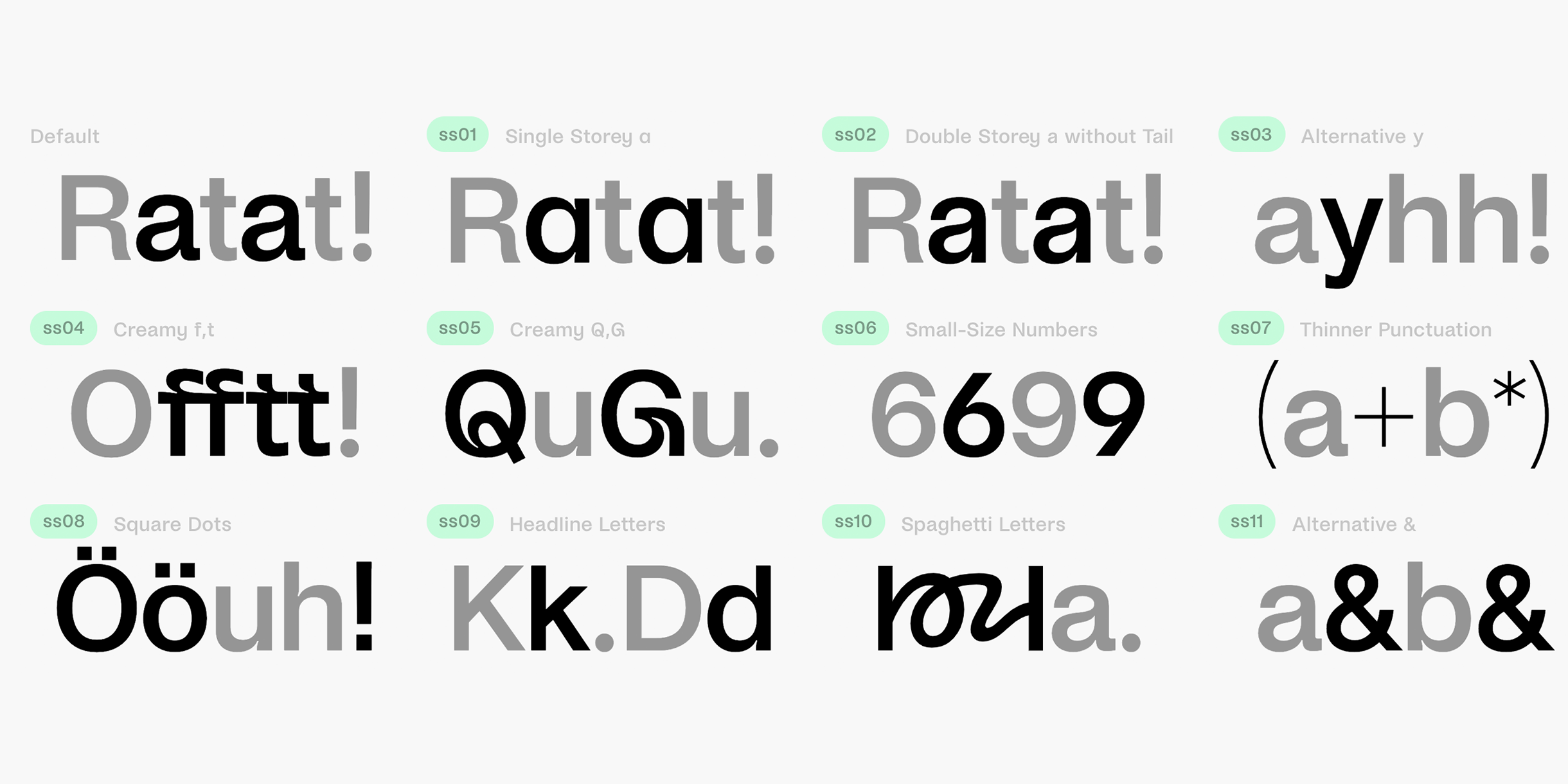 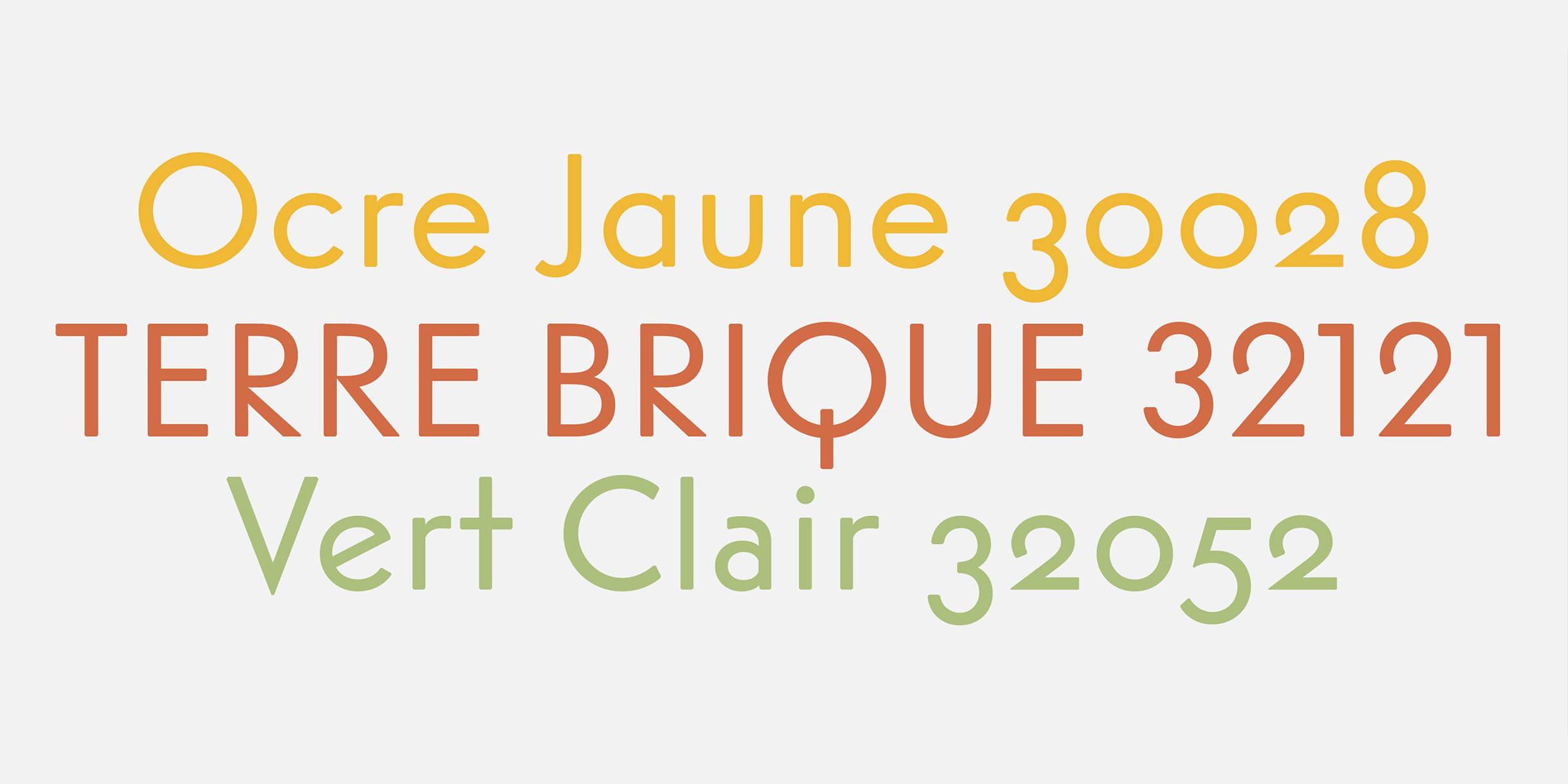 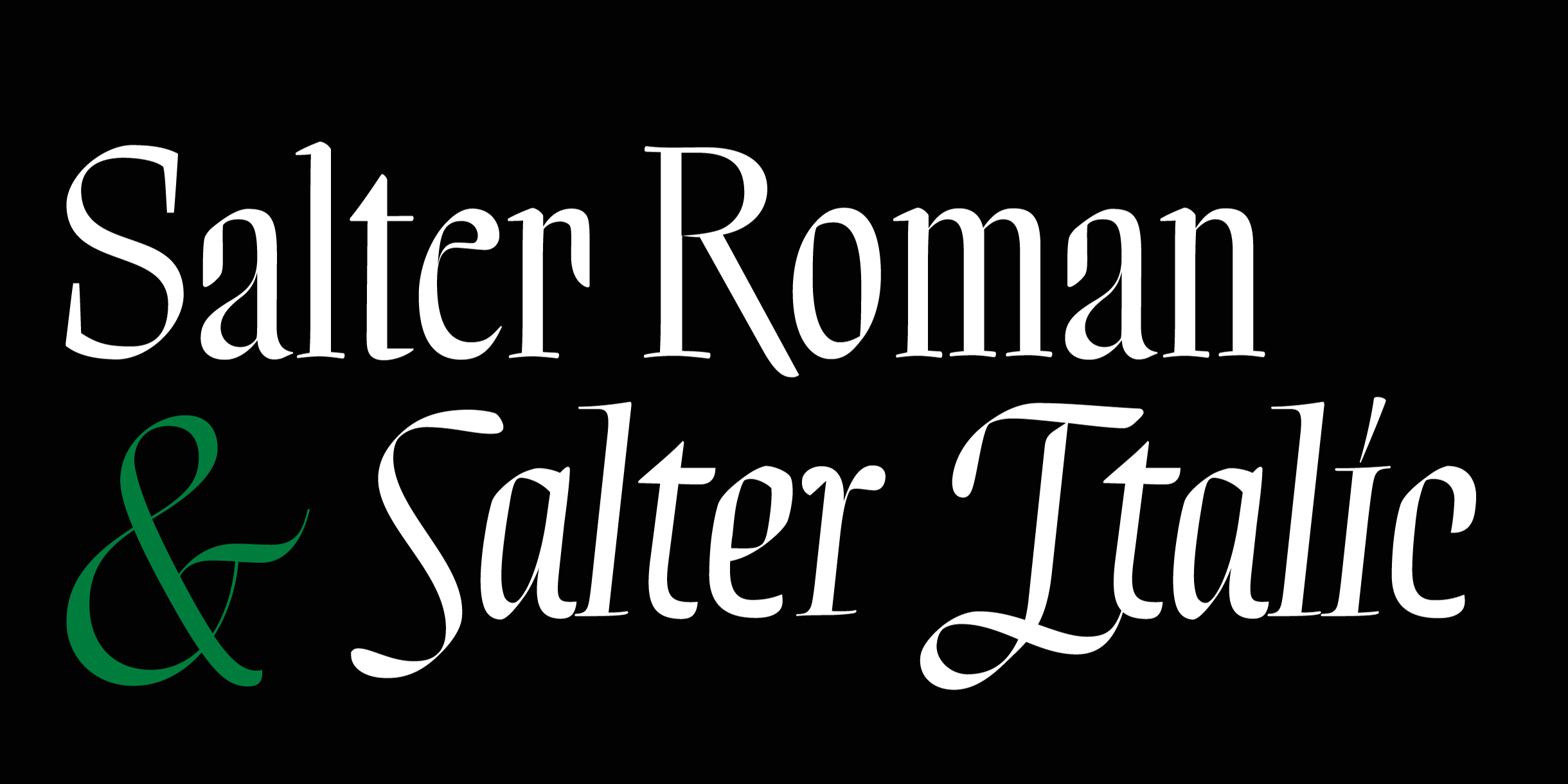 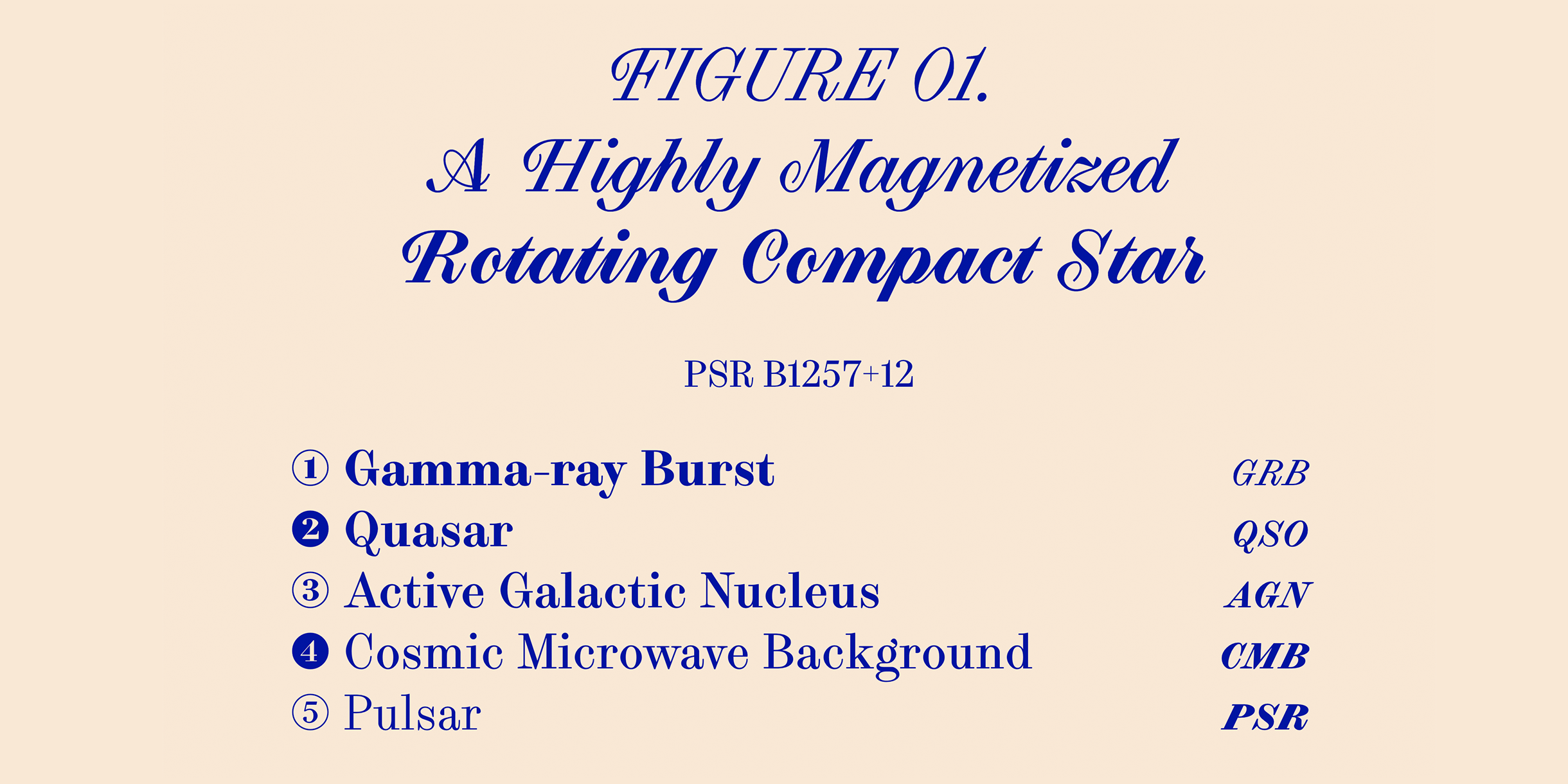 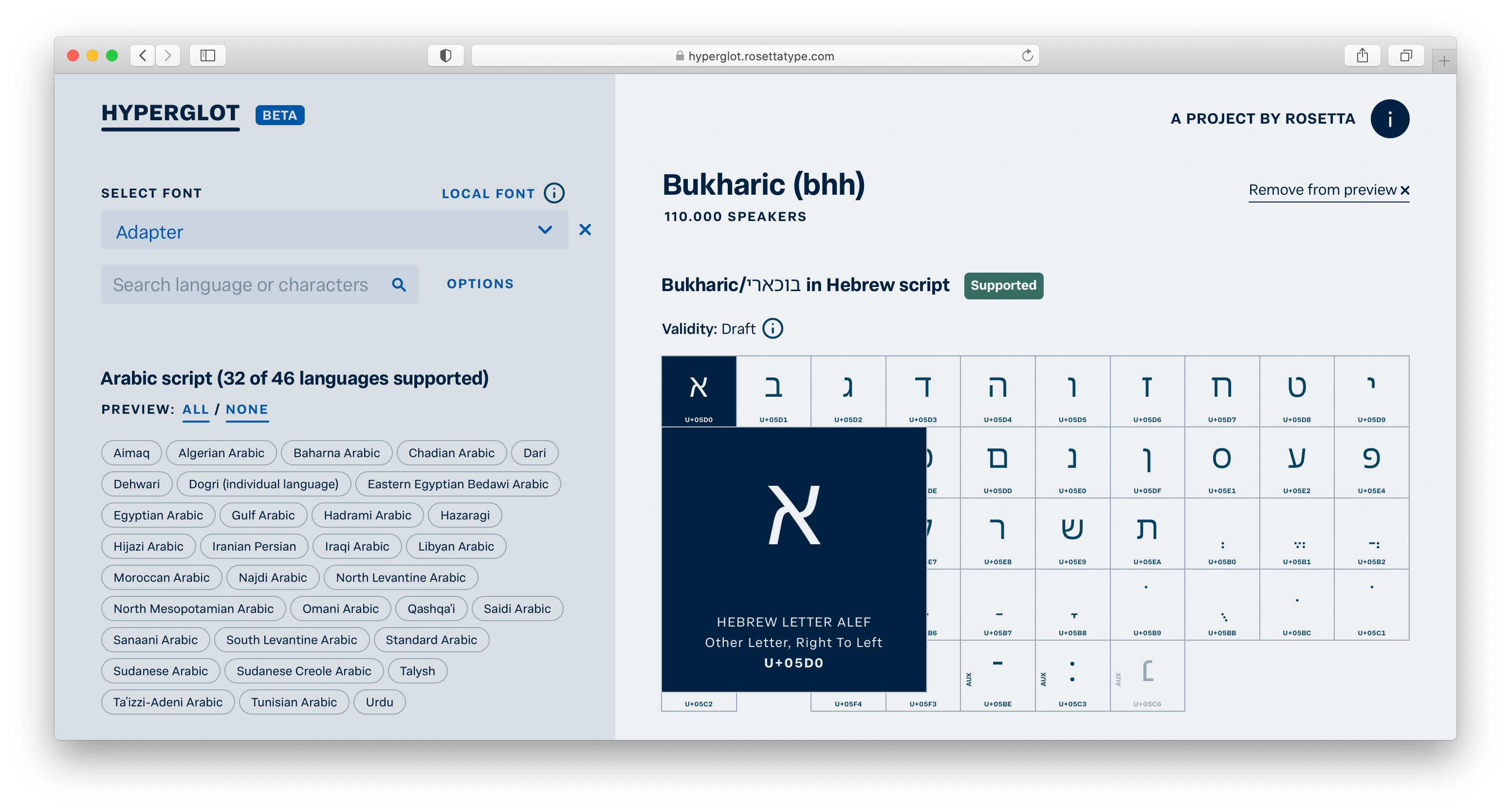 Rosetta Type (named after the famous Rosetta stone that helped decipher Ancient Egyptian hieroglyphs) created a tool for checking languages supported by a font file. The project is still in its beta stage: database language/script coverage is far from complete, and recognition is not yet perfect (for example, Hyperglot won’t see Cyrillic in our Gauge). 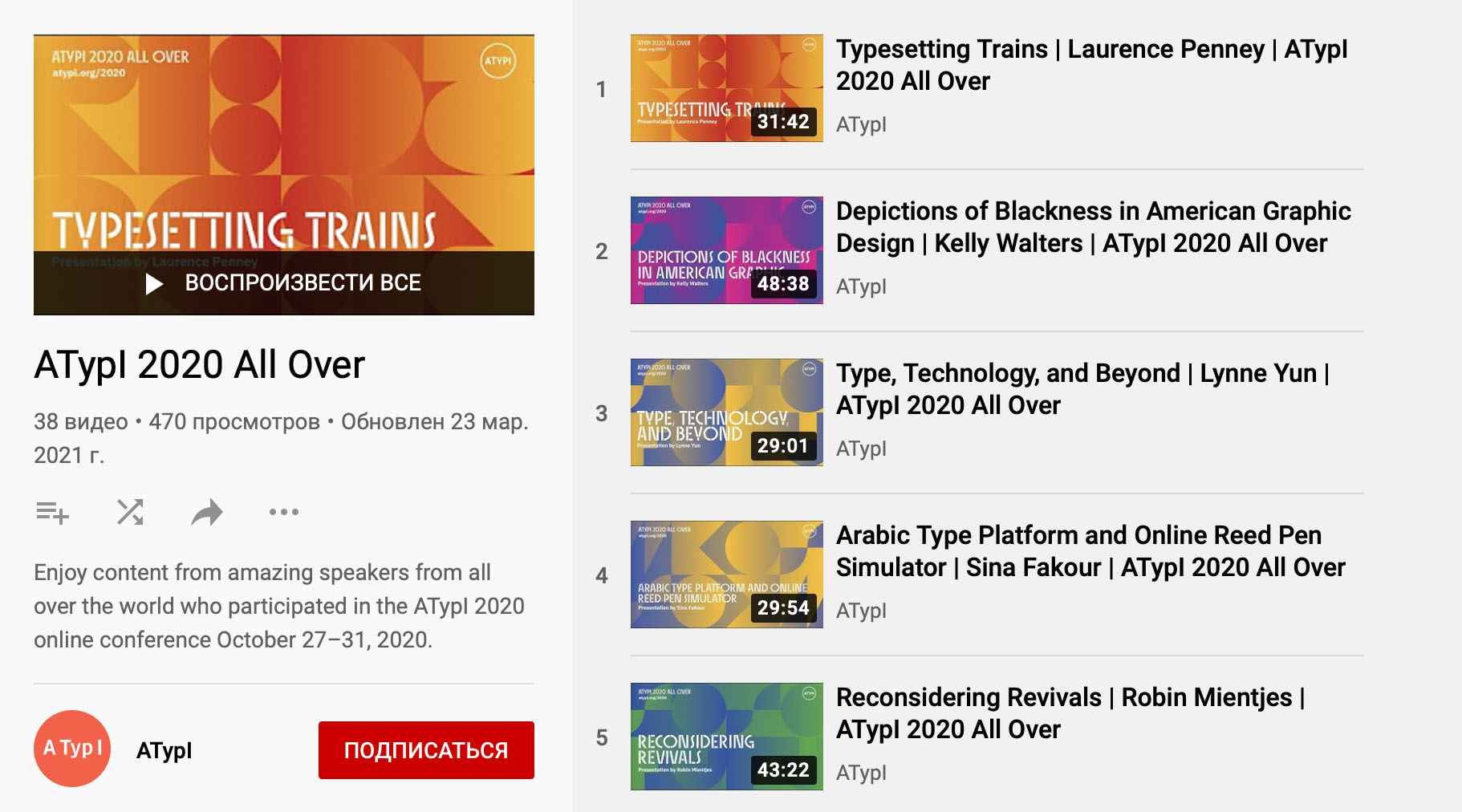 ATypI All Over: videos uploaded

Association Typographique Internationale posted dozens of video talks from the All Over online conference held last year. Post-colonialism in type, developing multi-script systems, variable fonts for identities, inclusive super-readable typefaces, typography in the poetry of Guillaume Apollinaire, and lots of other exciting reports. 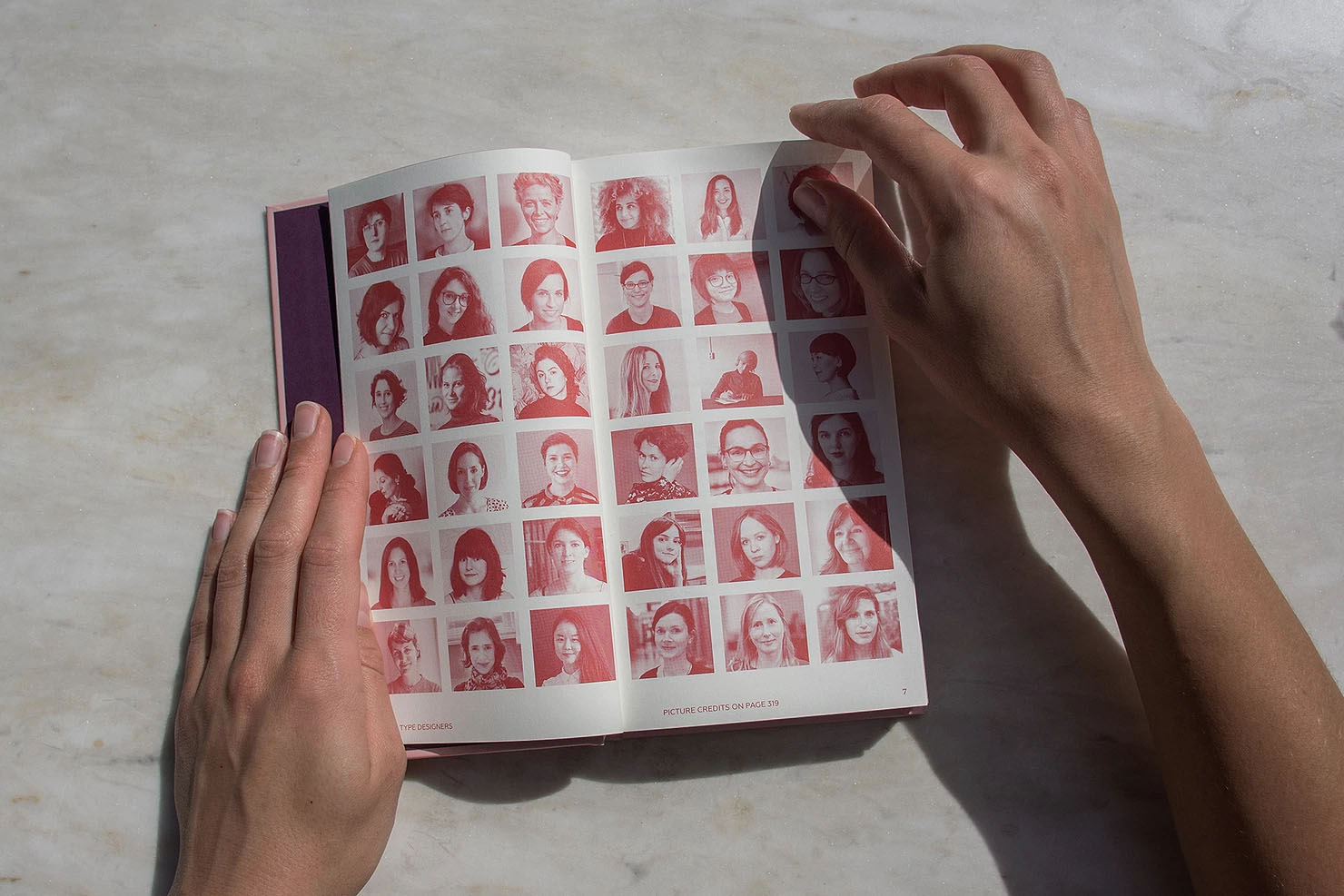 How many female type designers do you know?

Designer Yulia Popova (educated in Moscow, currently working in Berlin) wrote a book about women in type design. In its first part, Yulia finds out how many women were engaged in the profession in the early 20th century, and how this number changed with the arrival of digitized type; the second part consists of interviews with our contemporaries (for example, Yulia talked to Gayaneh Bagdasaryan and Maria Doreuli). 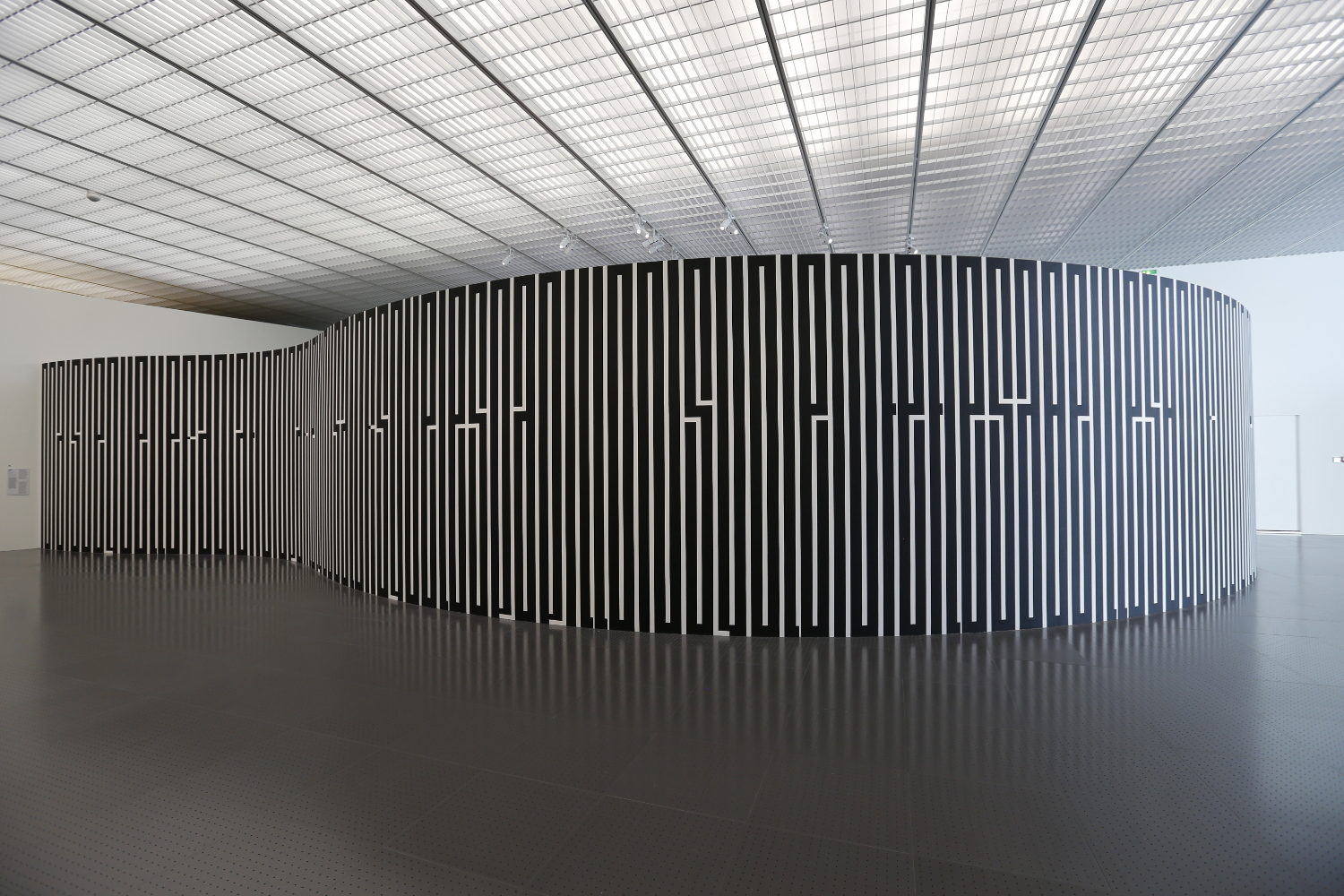 Type and art, Art and type

Unlike designers, artists don’t always consider typography from a pragmatic perspective — on the other hand, both artists and designers care for the materiality and letterforms. Eye On Design’s author tells how modern artists work with type and typography — and how the artist’s perspective on letters can be useful for a designer. 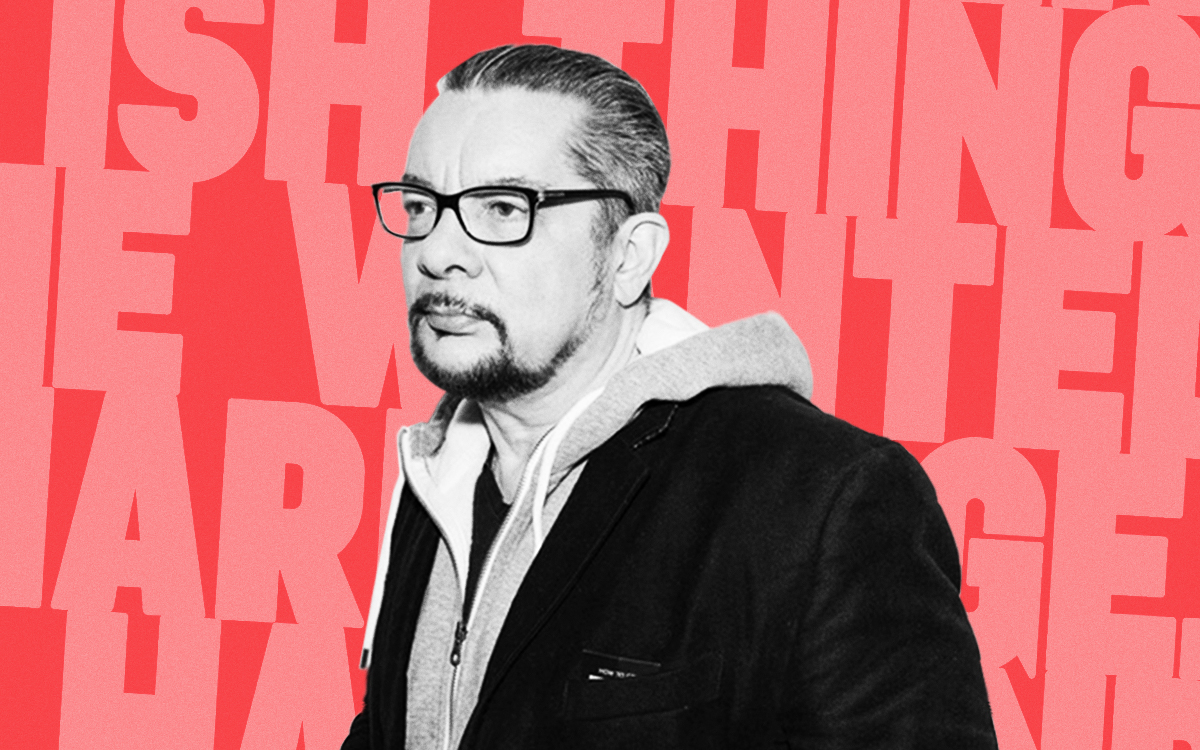 A graphic design icon, Neville Brody muses about the current relevance of Dadaism, his own lack of recognition in Britain, — and approach to teaching design in the world where there is no graphic design anymore.

Type designers are always happy to sell their product, although sometimes they are unhappy with who becomes their client — for example, Grilli Type recently had to specially mention that they were not directly involved in the CIA’s rebranding (which uses GT Sectra and GT America). To avoid such cases, some foundries choose to write into their licensing agreements special clauses prohibiting or restricting usage of their fonts in specific contexts — arms trade, pornography, political campaigns, or even ‘blasphemous materials’. The author of Eye On Design explores international practices of driving away unwanted customers. 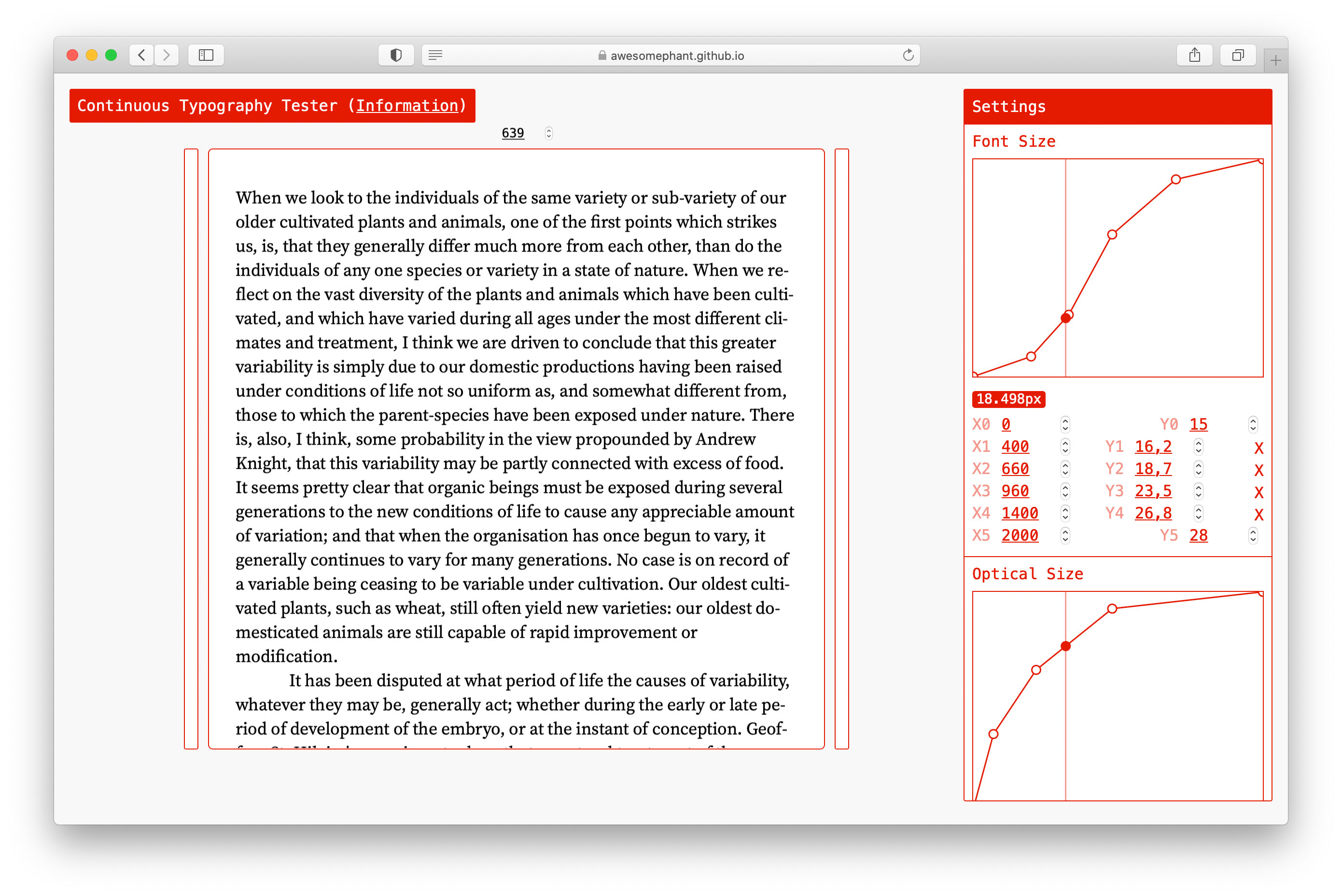 While developing a layout, a designer works with values and proportions: font size, line spacing, page margins and other parameters. However, if on paper the result is determined and doesn’t change from copy to copy, on screen the layout will always be different — depending on window width, user zoom-in, browser, and even page load degree. Any attempt to make your layout identical is bound to fail — not to mention that mindless unification will only make it worse for your potential reader. The designer Max Kohler highlights mathematical functions available in CSS — with their help you can build an arbitrarily complex adaptive layout where size, line spacing, and even degree of interpolation of a variable font will be changing depending on window width. As an illustration for his article, Kohler provided a demo page where layout’s settings can be adjusted with a graph.

‘I guess, we should be paying play money for Adobe’

Roman Gornitsky releases typefaces under the name The Temporary State: they are not many, but always high-quality, well-conceived — and one of a kind. Also, Roman creates texts about his typefaces and typography in general — and that is one of the best readings in the industry. In his interview to The Gradient (Between Art and Design), Roman tells why he needs his own micro nation, when he started to feel bad about designing pictographs, why he chooses not to waste time on British pounds, and why he doesn’t like to grow as a business. 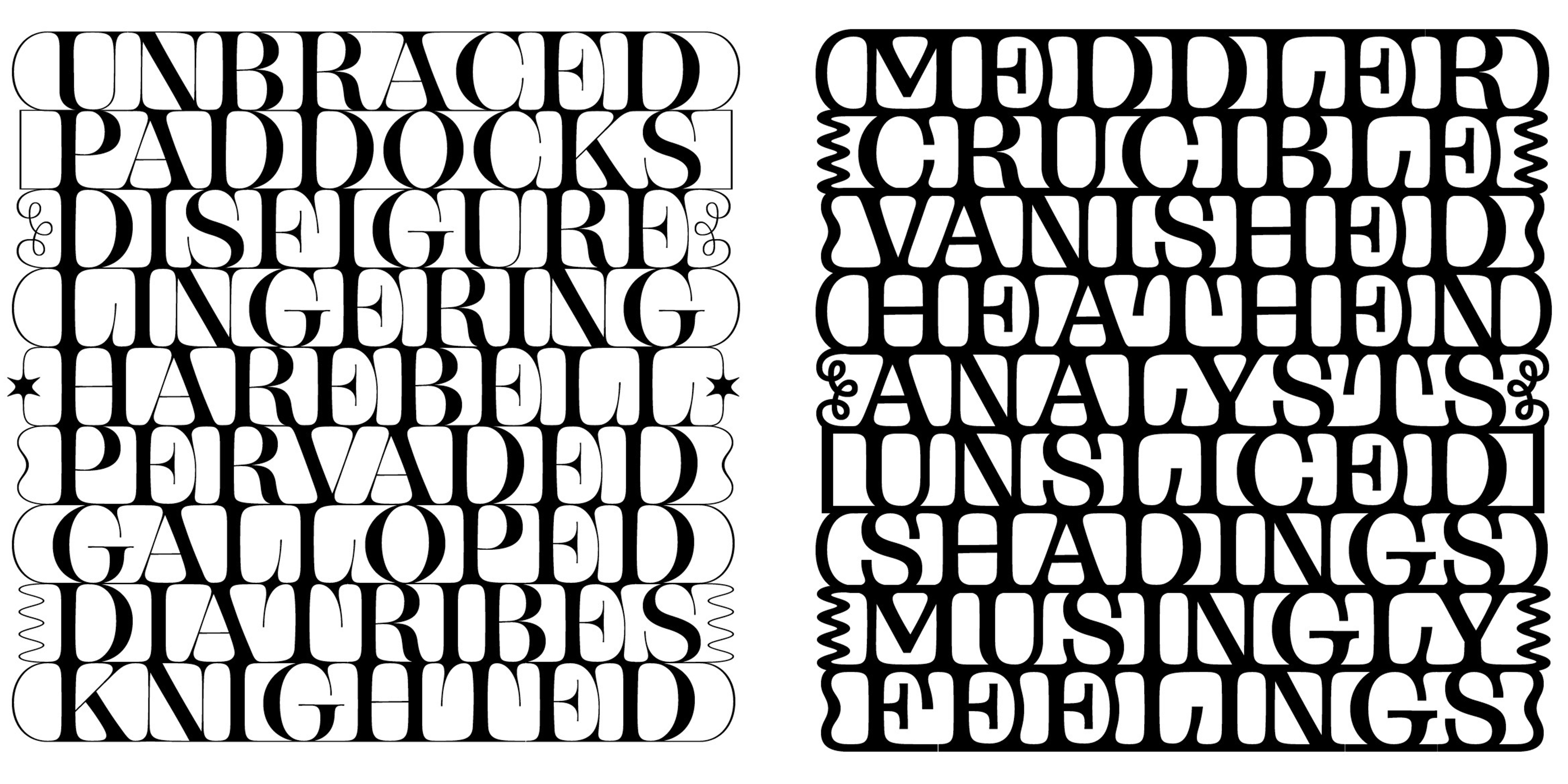 A grim serif typeface (with a less grim low-contrast style), which, thanks to Opentype-ligatures, makes us see a carved cemetery fence arising. Only capital letters, lots of decorations, very architectural and highly ornamental. 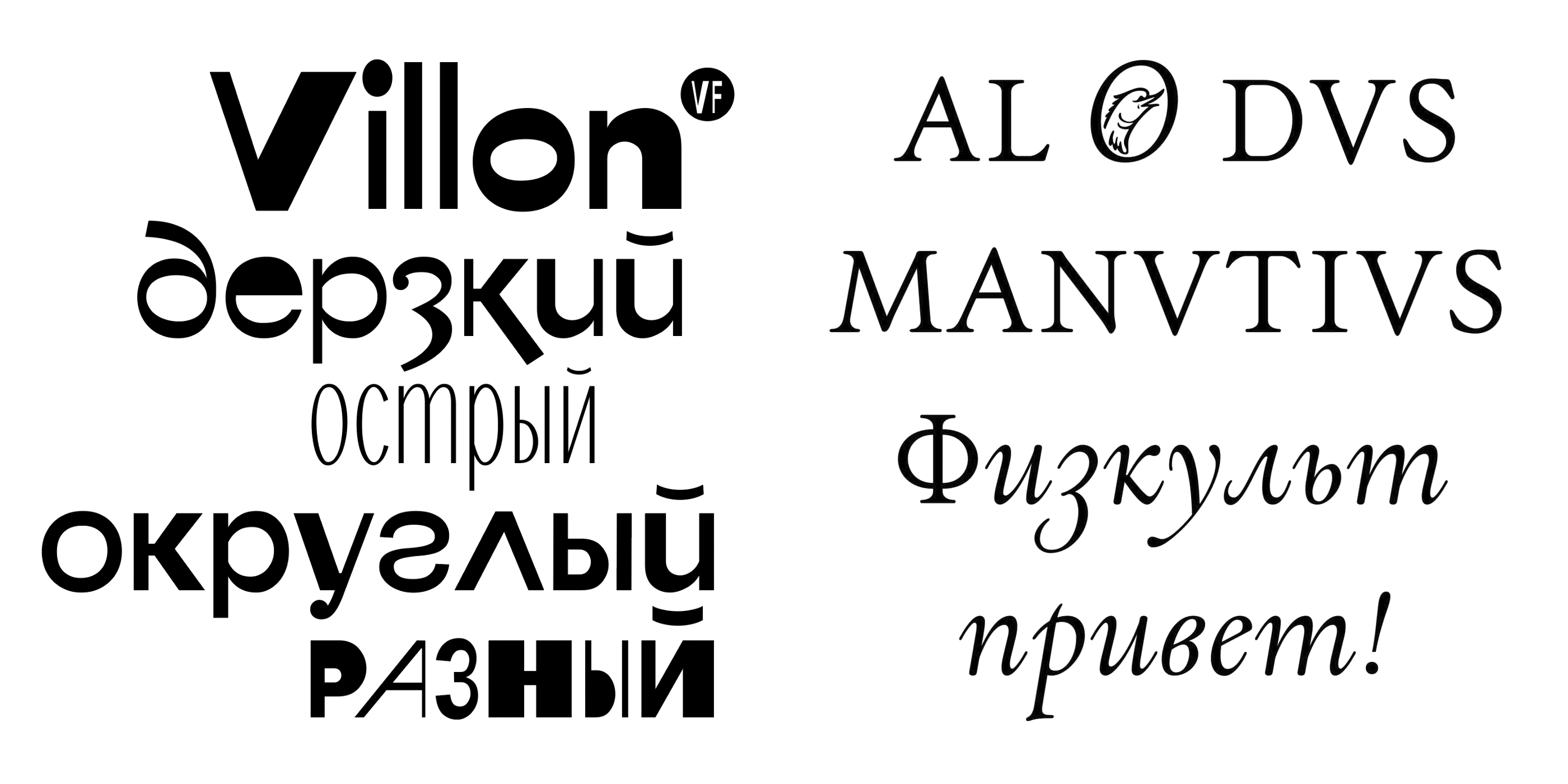 More Gordon for you

Yury Gordon completed his biggest (so far) type project. Villon is both a lineal humanist and a grotesk typeface with two levels of contrast, — and anything in between those three. Detailed and expressive diaries of developing Villon are available on Medium (in Russian), while its author has already embarked on a new project — a Venetian serif which imitates rippling waters of the Adriatic, code-named Acqua Aldina. Gordon describes the process of designing this new typeface on Telegram (also in Russian) — subscribe and share. 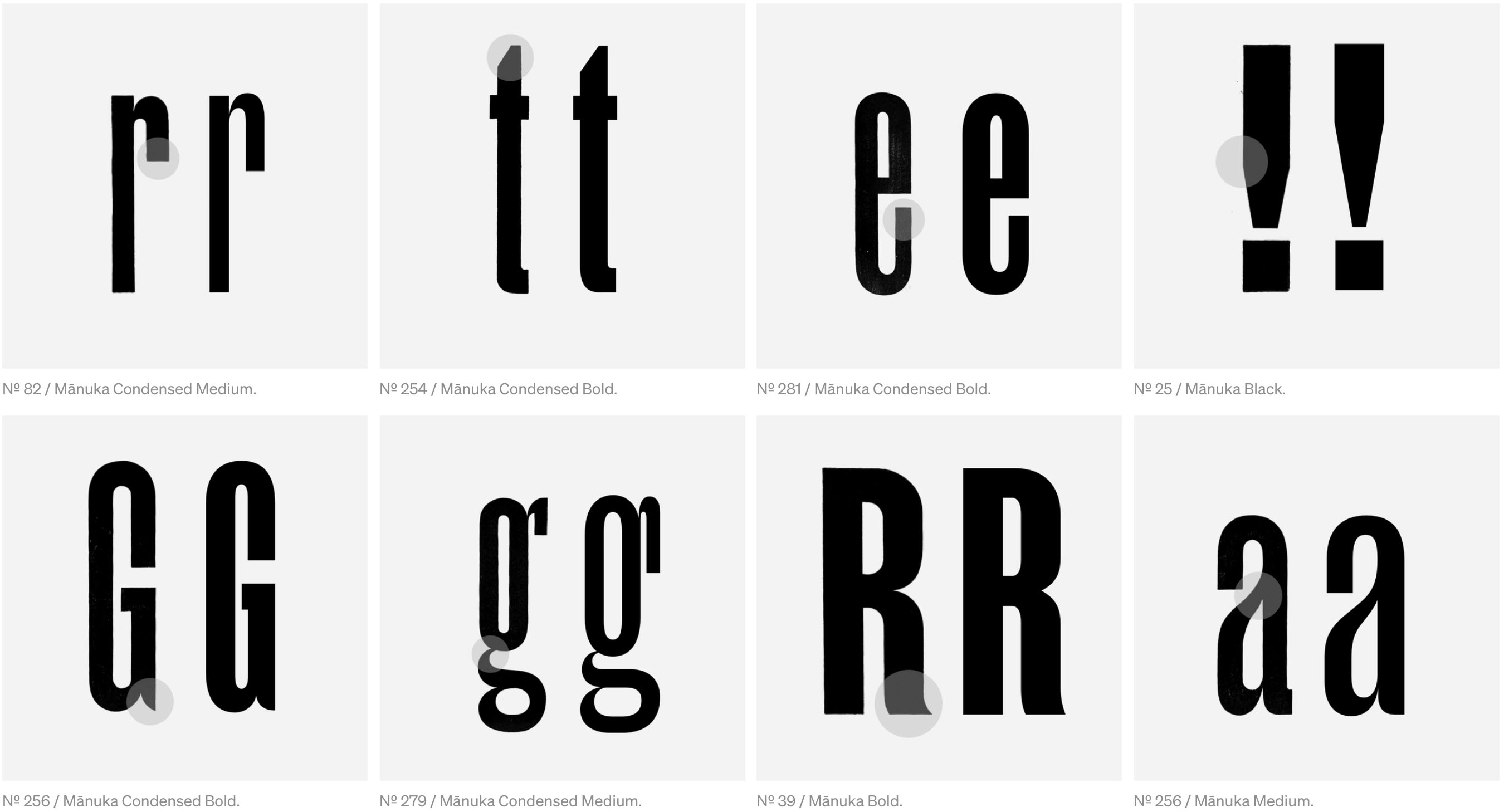 Klim Type Foundry released the Mānuka type family, based on wooden poster typefaces of the German type foundry Will&Schumacher. They used the source to borrow the overall spirit and several details — but the new typeface has different inner white, x-heights, and even some glyph forms. A great example of prioritizing. 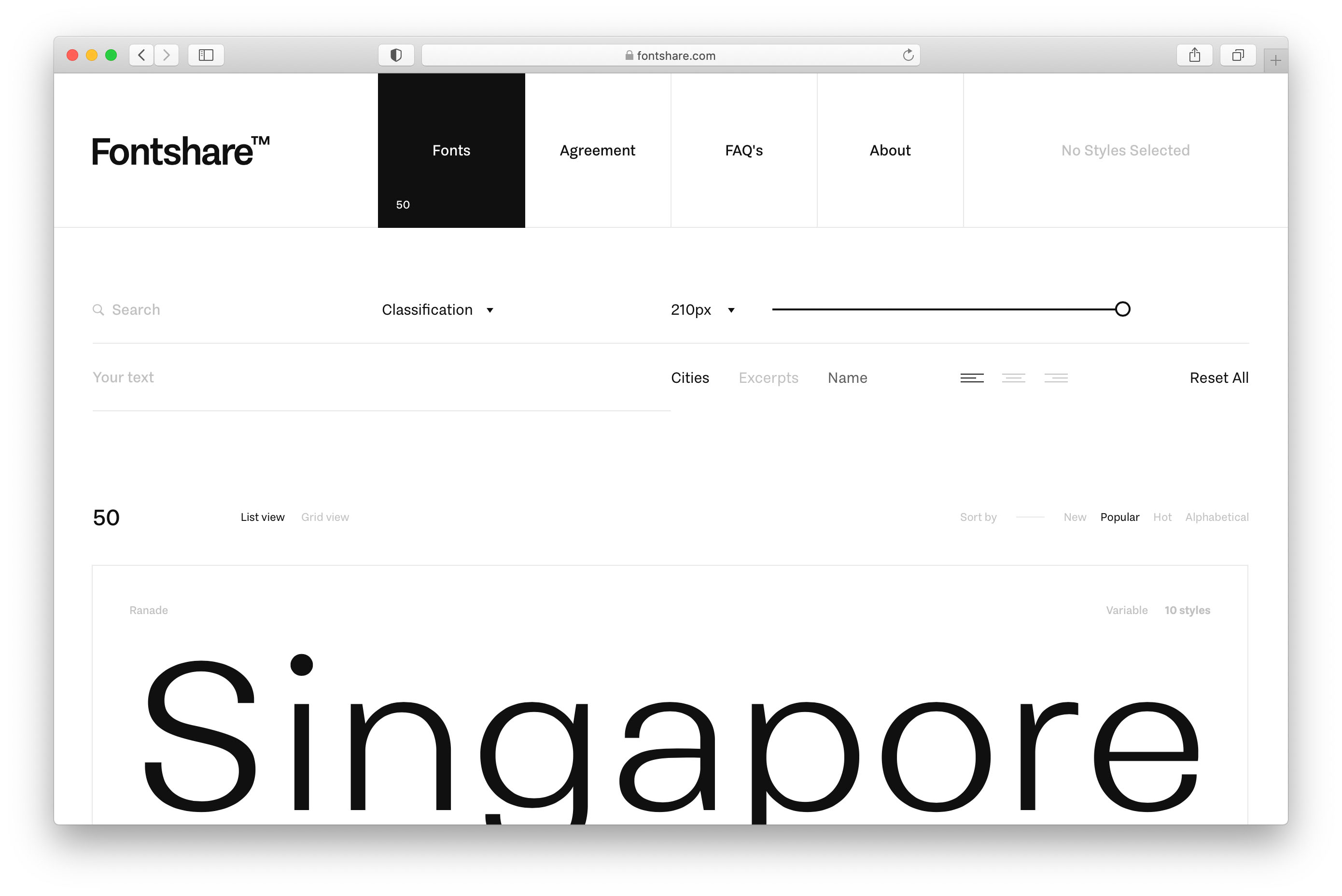 Free fonts — better than Google, but no Cyrillic

Indian Type Foundry launched a catalogue with absolutely free and ‘technically sound’ typefaces — FontShare collection includes every fourth commercial project of the studio. FontShare currently offers 50 families — more than enough to address the needs of a Latin-script typographer on a zero budget. Great alternative to the weary and not-so-great-technically Google Fonts.

The type-themed online media Type01 is based in the English county of Surrey and exists since 2019; in parallel with the main project, they launched a magazine on women in type called Femme Type, and a platform selling typefaces called Type Department. This week, Type01 published the second issue of their print magazine, TypeOne, — that one investigates kinetic type. 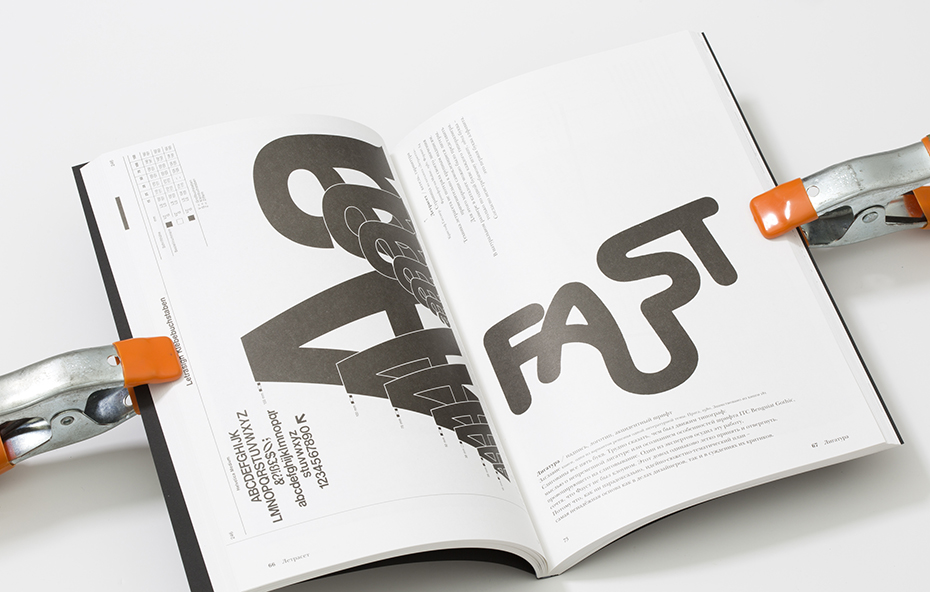 The work by Vladimir Krichevsky was first published in 2000 and re-published ten years later — but still remains one of the most important books for anyone who wants to learn speaking about type in Russian language. The first volume contains 158 vocabulary entries (Terms), and the second — 158 illustrations (Images). 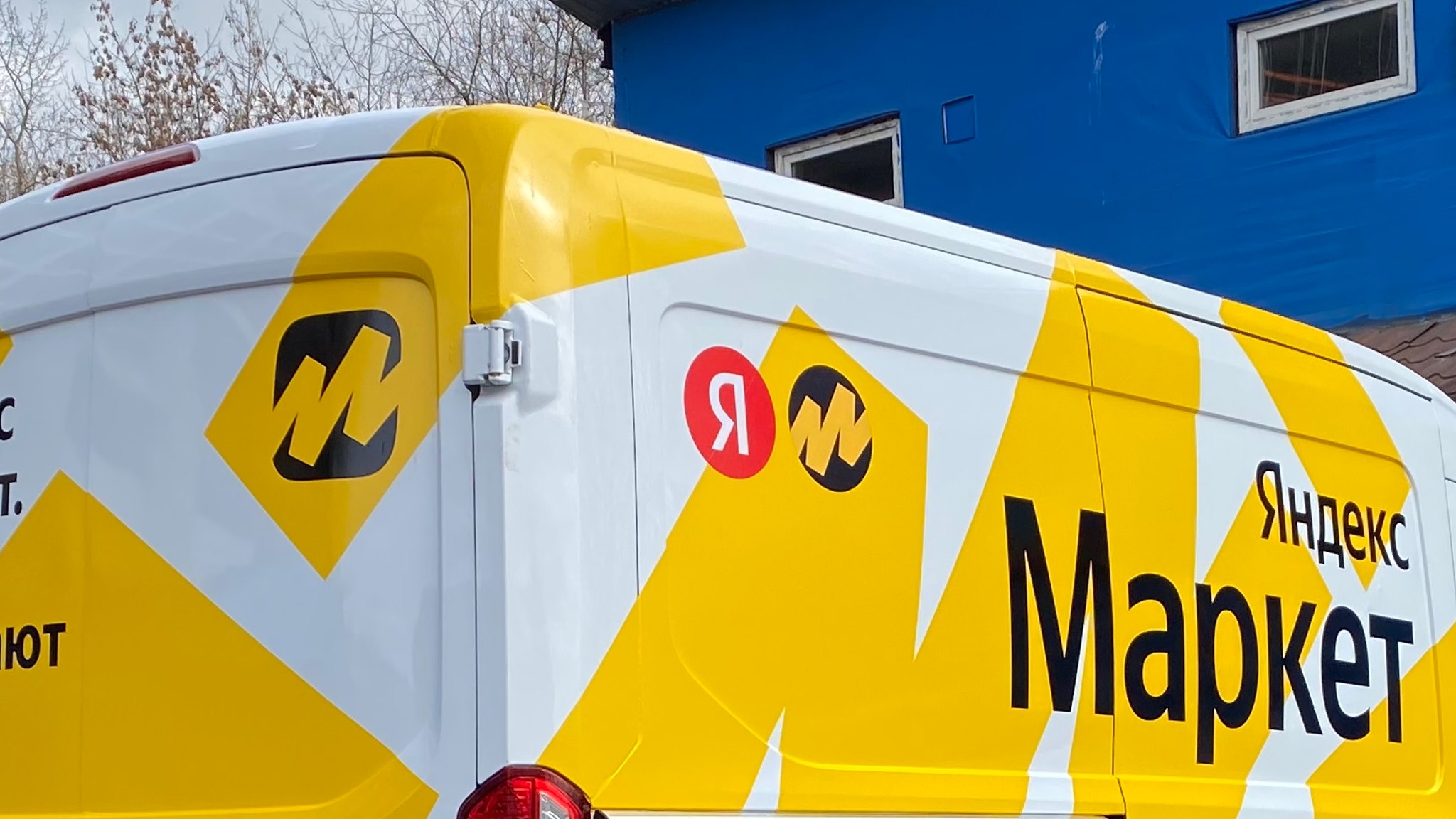 Russian search-engine-turned-multi-tool has re-designed their logo — new letters are drawn by our co-founder, Ilya Ruderman. The wordmark became fatter, stumpier and more concise, and the first letter was equipped by a gap — Ruderman himself describes it as ‘10% Art-Nouveau, 10% self-made-mesh stencil, 40% Yandex Sans, and 40% futuristic technologic personality à la SpaceX’. The short version of logotype — Я in a red circle — will be used on vehicles, delivery guys’ bags and other multiple physical media. The sub-brands will also get their round emblems — those will replace periods in such names as Yandex.Music or Yandex.Maps. Latin logo (which is used in Turkey, for example) went through the same changes: the first letter Y now has a gap. Re-design is actively discussed in both professional community and beyond — with most criticism expressed when it comes to the form of the Я. 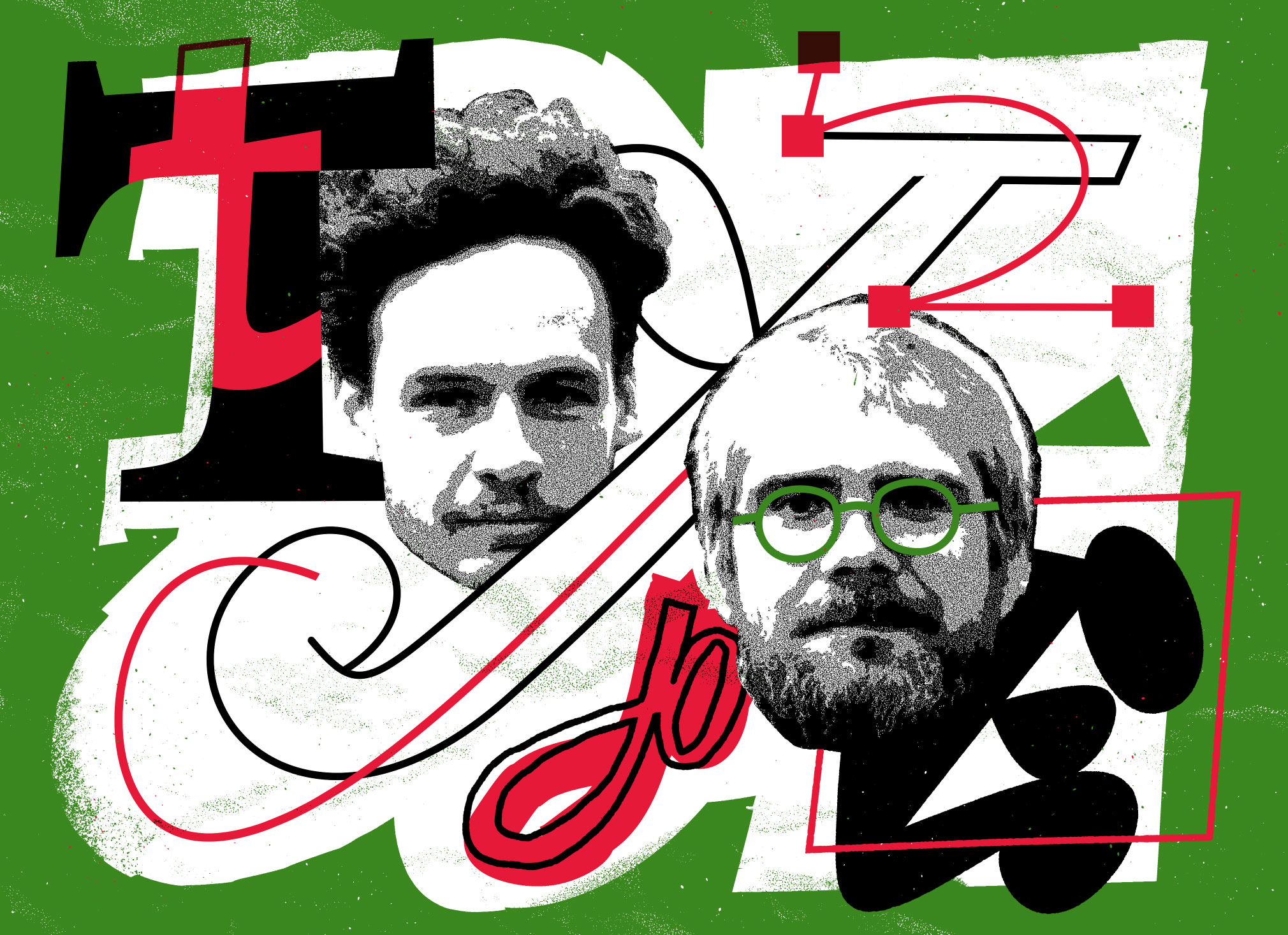 Type.today’s founders Yury Ostromentsky and Ilya Ruderman have become heroes of a profile in the Inc.Russia magazine. One of those rare cases when type business is explained with such an amount of specific numbers and sums — you don’t wanna miss this. (Russian)

Thank you, Roma. In April, Vlad Boyko will deploy our typefaces for speaking about extinct plants — subscribe and enjoy.