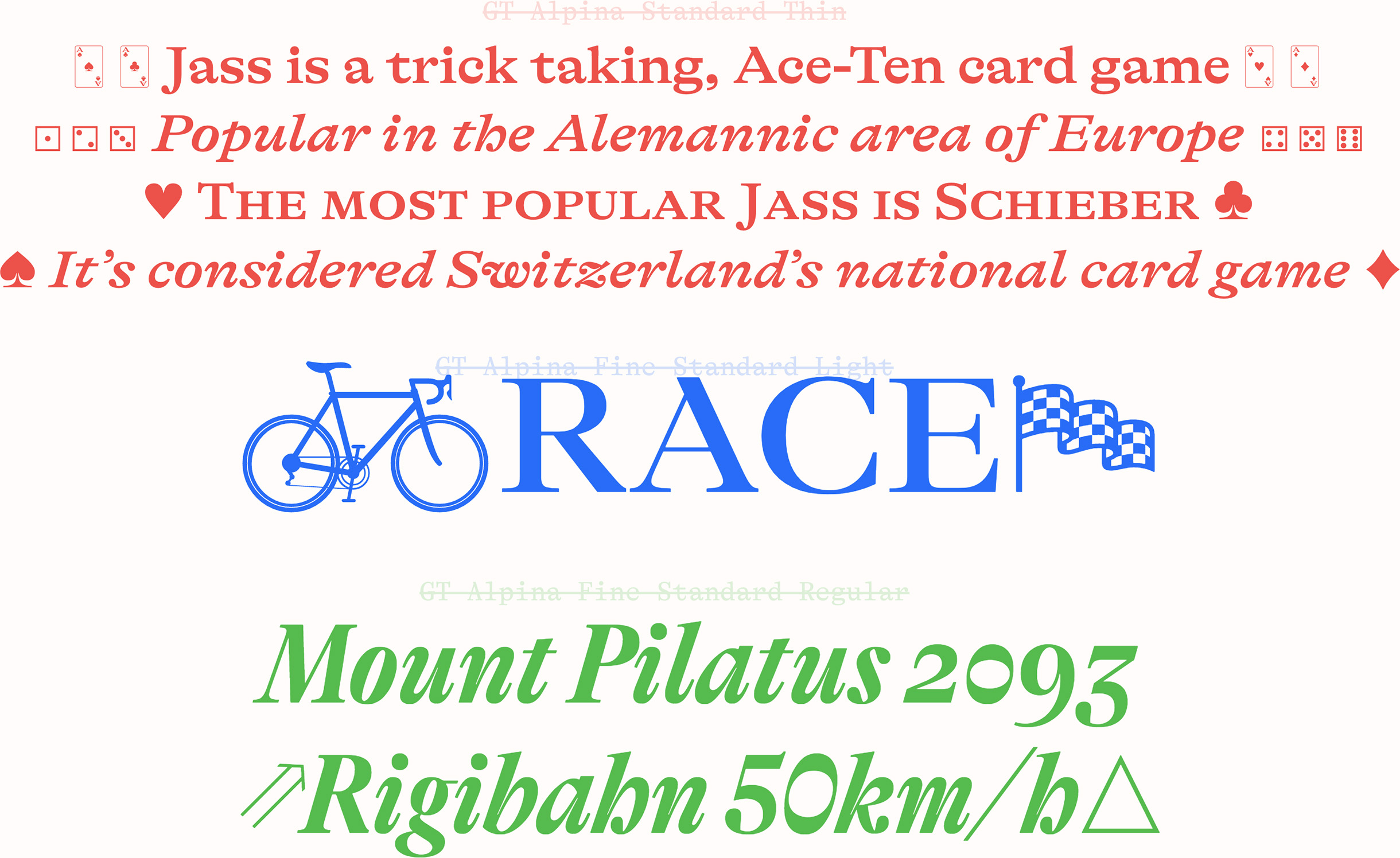 The Most Variable Serif Font Family

Grilli Type, the foundry behind the world hit Walsheim, released Alpina, arguably, the most ambitious variable serif family to date. The project was conceived as a quirky Clarendon, eight years later it has 35 very diverse styles, with variable contrast, width, weight, monospace-ness, and even italic-ness. Typically for Grilli Type, Alpina is presented through an impressive mini-site, a masterpiece on its own right. 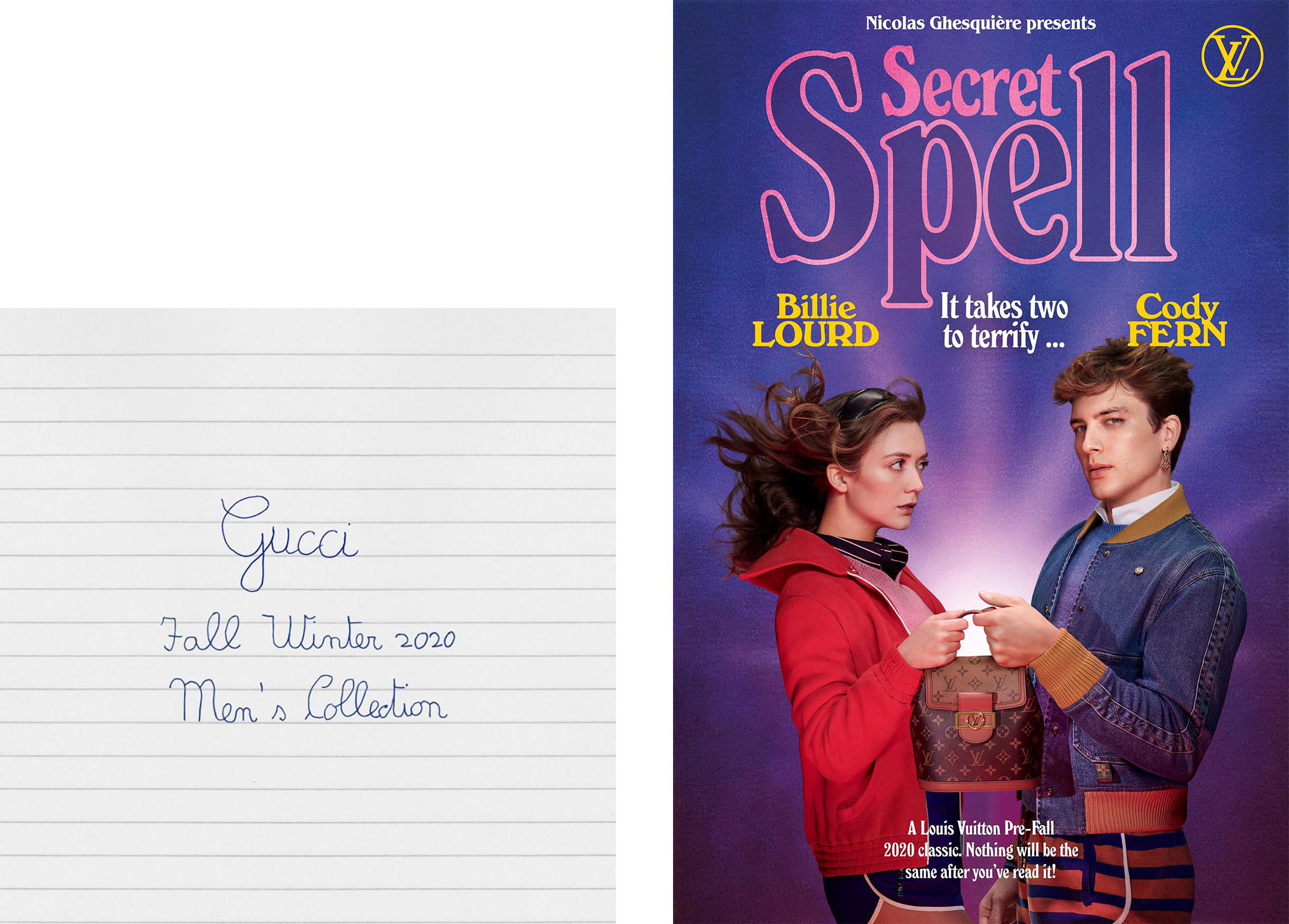 This January, two large fashion houses made powerful type statements: Gucci became a social media sensation with the change of their logo to clumsy childish lettering to mark the FW20 menswear collection, and Louis Vuitton advertised their pre-fall with a series of bogus pulp fiction covers, an elaborate and tasteful celebration of type kitsch.

Fashion industry seems to have turned to viral marketing, for which robust imagery and text are the key value — the typography they employ might seem a-bit-to-much to a purist eye, but it is surely likeable and shareable as can be 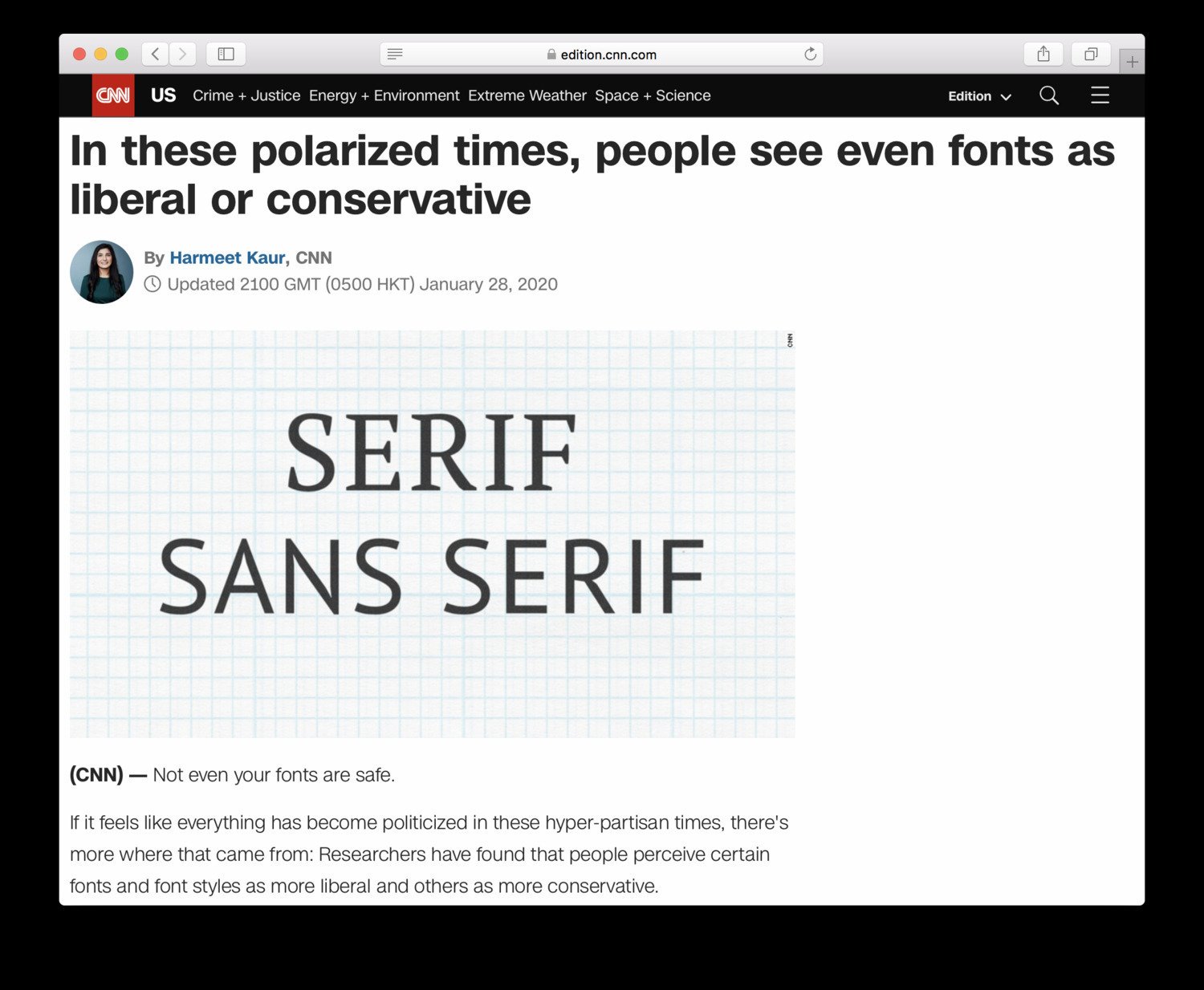 An article from Communication Studies scientific journal became a news piece at CNN. The study participants were shown several phrases set in different typefaces, then they were asked to rate the typefaces as ‘conservative’ or ‘liberal’. Cloister Black, a blackletter, was rated the most conservative, while Sunrise, a script, turned out to be the most liberal. The more curious divisions: Jubilat, a serif typeface used by Bernie Sanders, is seen as more liberal than Times New Roman, and Century Gothic, which resembles the font of Barack Obama’s first campaign, is seen more liberal than Gill Sans, also a sans serif. 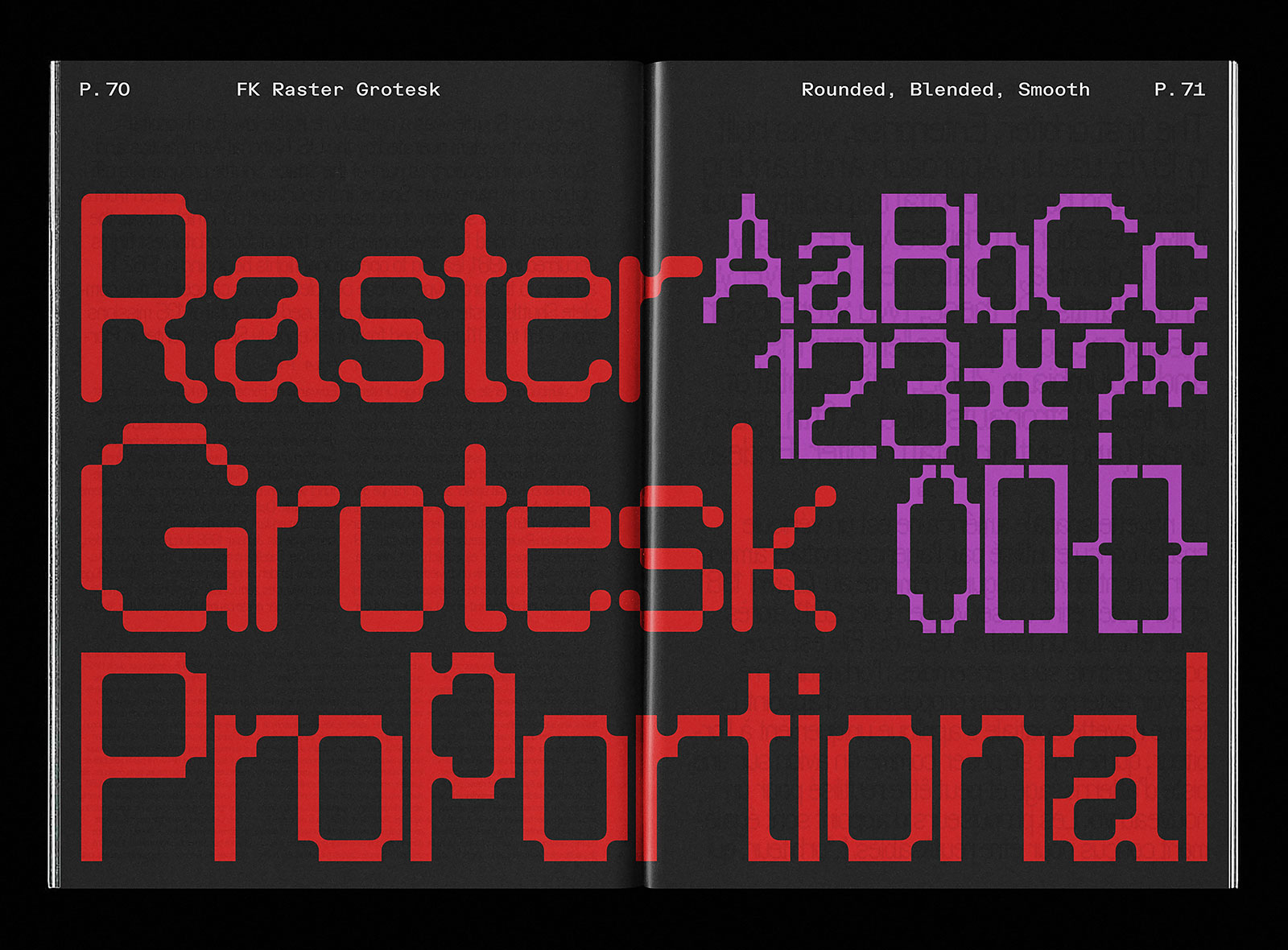 Just like the name suggests, FK Raster Grotesk is a sans serif based on low-res computer typography. Rather than a mere exercise in minimalism, it is a tool for contemporary display typography — note the sidebearings disproportionately small for the implied pixel grid. Moreover, there is a variable antialiasing of the pixel edges — which seems to reflect the human eye’s perception of tiny, angular shapes.

Denis Serebryakov, tomorrow.type.today: In today’s letterforms, there seems to be a tangible tendency to decorativeness. On one hand, it is a nice way to comprehend type anatomy, while on the other — a heartless marketing move. Let’s try and make it about the former, though.

Nikita Kanarev, tomorrow.type.today: Why? Just why? I can’t figure out what was the idea behing this. What was it made for and how can it possibly be used?

The Briefing Bot For Lettering Designers

Ilya Ruderman, type.today: Martina is a TypeMedia alumna. All students of the course get to know TypeCooker, an automated briefing tool created by Erik van Blokland. Couple of years ago Martina made her own tool based on that, and now it is released to the wider public. A new ‘cooker’ is great news. 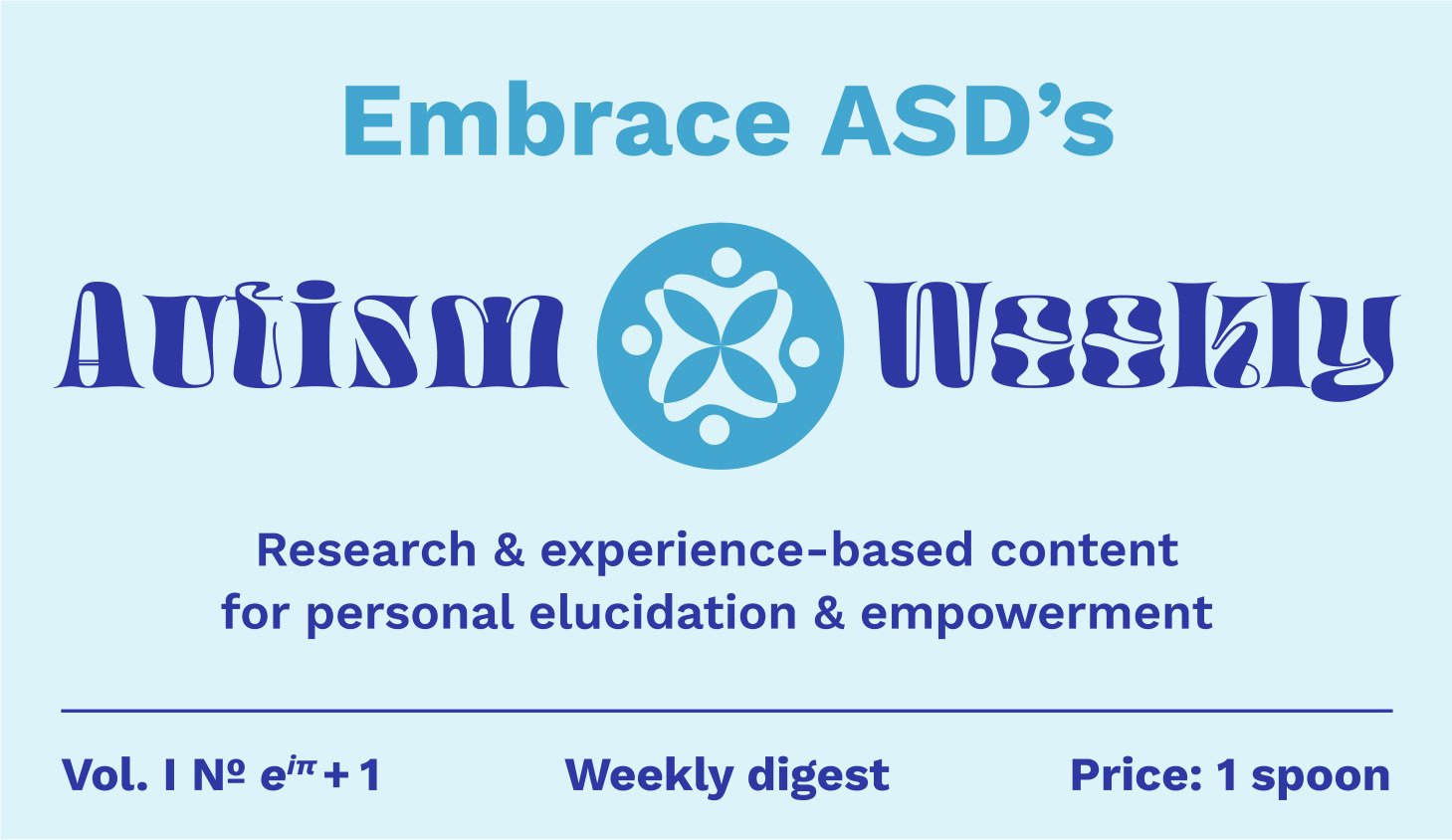 Martin Silvertant, who edits the Autism Weekly email digest, shared some the many responses for the newsletter’s new masthead set in Digestive (by the way, the final version of the face was releaseda week ago.) Some readers with ASD complained about feeling ‘uncomfortable in the stomach,’ ‘really nauseous,’ and ‘uneasy’ — mostly, they felt really bad about the e. One reviewer compared Digestive to Jägermeister: ‘Kind of great but also kind of sickening.’

Silvertant has changed the font to Work Sans, a true neutral — despite not changing his mind on Digestive, which he considers ’a novel and masterful design, but apparently not equally digestible to everyone.’ Great, insighful story about inclusivity and the power of display type, isn’t it?

Alex Slobzheninov, tomorrow.type.today: The point of the posting is not quite clear to me, though. Sure, certain groups of people need special typographic conditions for comfort living, that is a known fact — but another fact is, not all font are made to meet those requirements.

Alexander Cherepanov, tomorrow.type.today: I wonder, what would transgender people say about Transgender, the typeface.

Everyone Discloses Their Typeface Of Choice

Séan Richardson, an American writer, wondered what fonts other writers use in their work process. His tweet received thousands of replies, the most popular answer being, unsurprisingly, Times New Roman, the default font in pre-2007 Microsoft Word. Other popular writing fonts: Garamond, Courier, Calibri, and of course, Arial. The Twitter thread is a huge, exciting collection of short type reviews from casual type users. 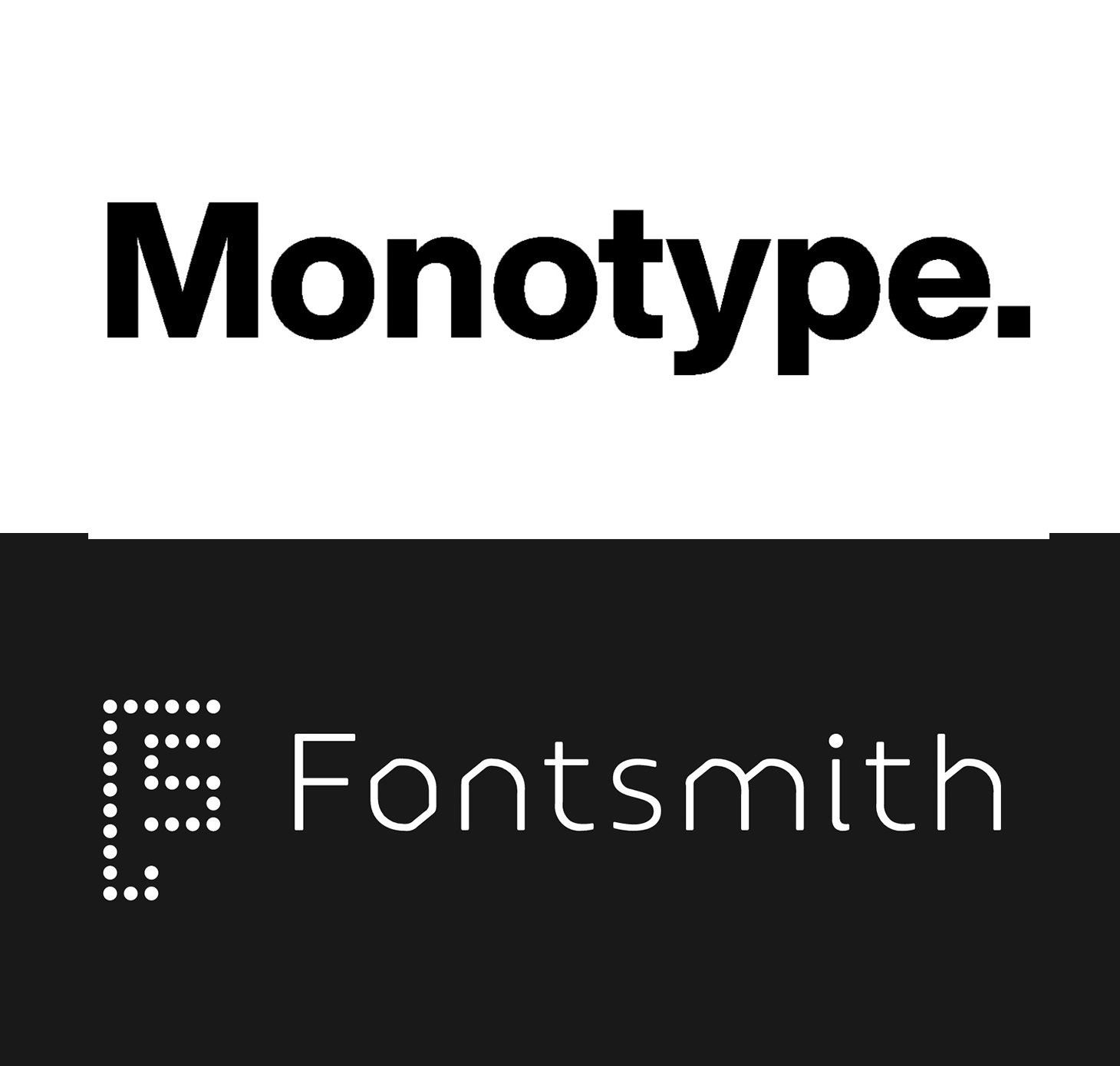 Fontsmith (previously, an independent type design company with works for BBC, Colgate, McDonald’s, Renault, UEFA, Xerox) was acquired by Monotype (the biggest company in type industry, the owner of MyFonts.)

Ilya Ruderman, type.today: Today’s Monotype has no growth opportunities, other than buying succesful type businesses. I don’t think the acquisition will affect Fontsmith in any way, but still, it’s one less strong, independent player in the industry, which is a pity. 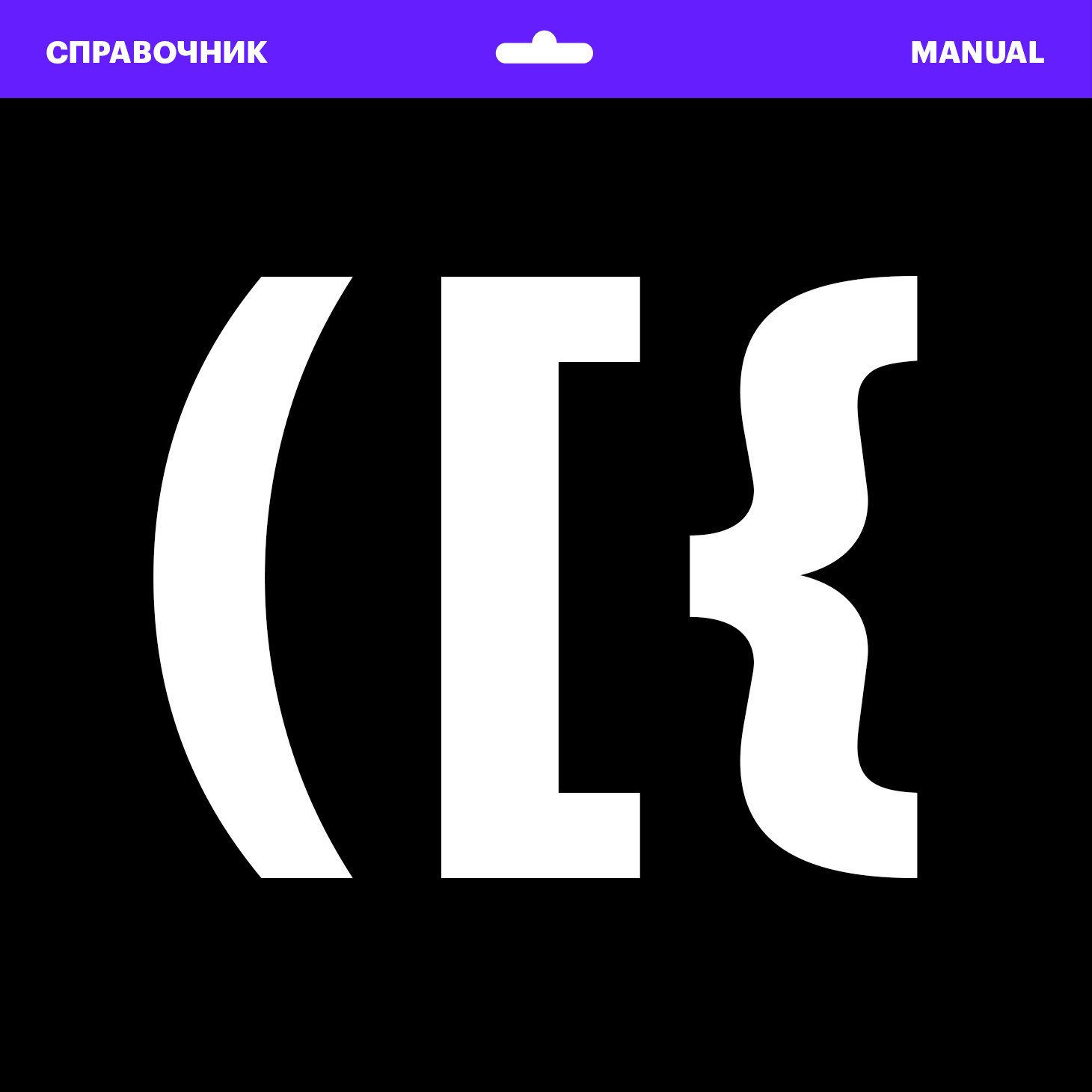 We published another episode of our huge-to-be Manual, the handbook of (mostly Russian) typesetting. If you ever wondered whether the brackets can be italicized, please, proceed to reading it. 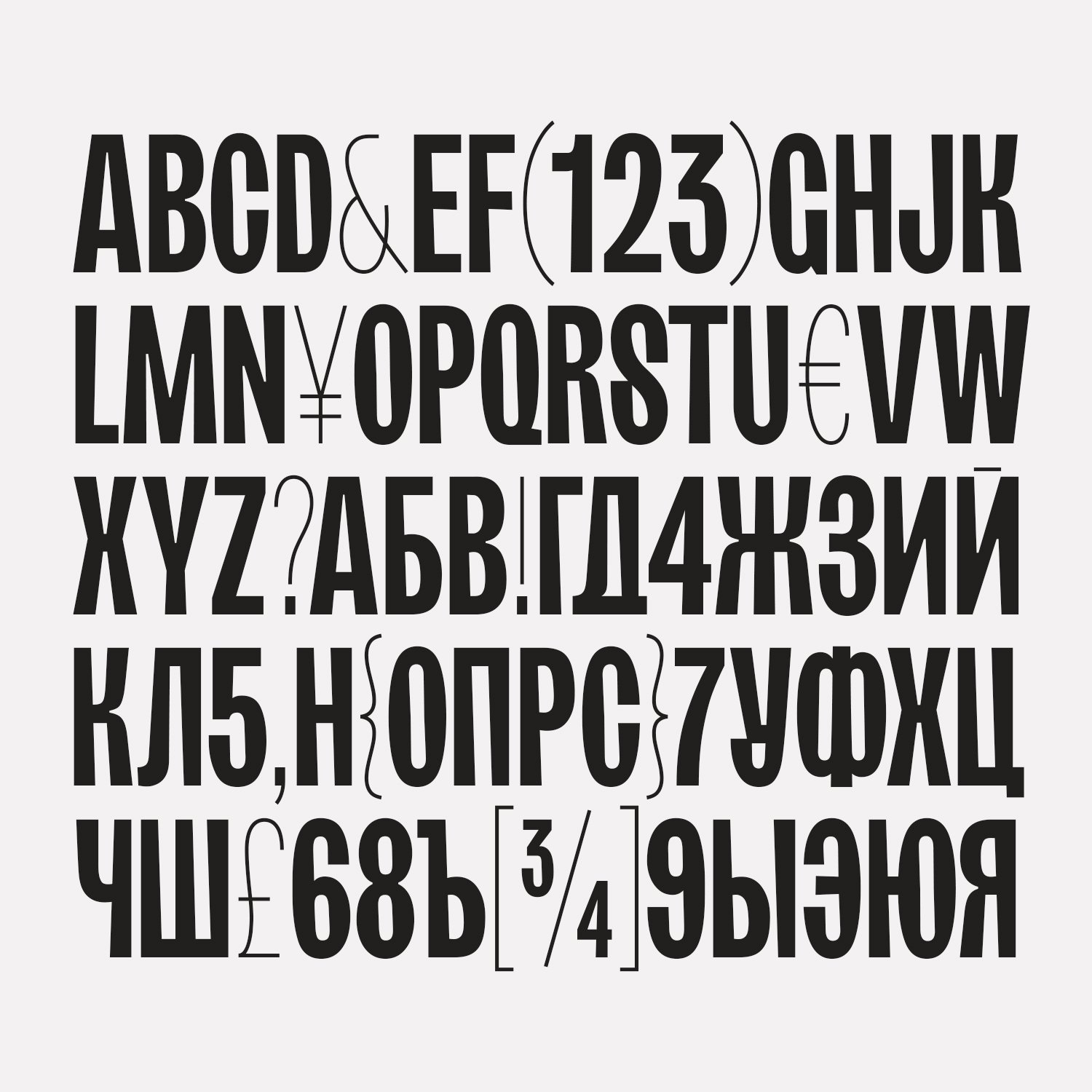 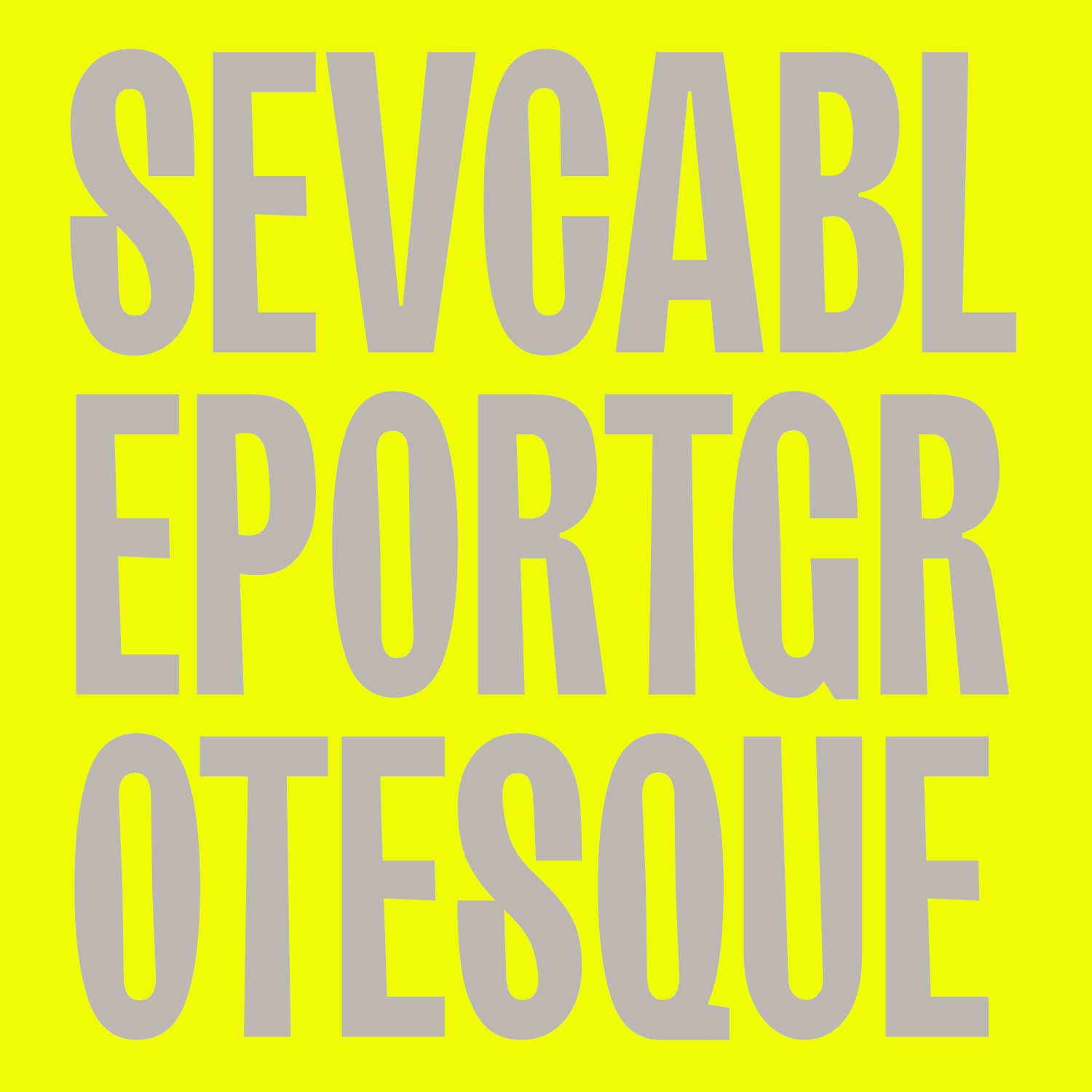 A Custom Face For A Rave Venue In Saint Petersburg, Russia

Fullført Agency are putting together a graphic identity for Sevcabel, a semi-public park and a festival venue on the port outskirts of Saint Petersburg, Russia. Sergei Polukhin, the lead designer of Fullført, is designing a custom display font named Sevcabel Grotesque.

Alex Slobzheninov, tomorrow.type.today: A very vivid and distinctive typeface! The only thing that bothers me is the thin accents. All in all, though, that aims to be a great work!

Nikita Kanarev, tomorrow.type.today: Having own typographic language is no longer a privilege of larger-than-life businesses — smaller enterprises, such as this, can also have a corporate typeface. The Latin set seems quite well-adjusted, while the cyrillics still look somewhat unpolished. And please, stop amputating the descenders in the Д!

Alexander Cherepanov, tomorrow.type.today: Looks very foreign. Othertimely. Outlandish. Definitely not the Saint Petersburg style, but that might result in something cool and exciting. 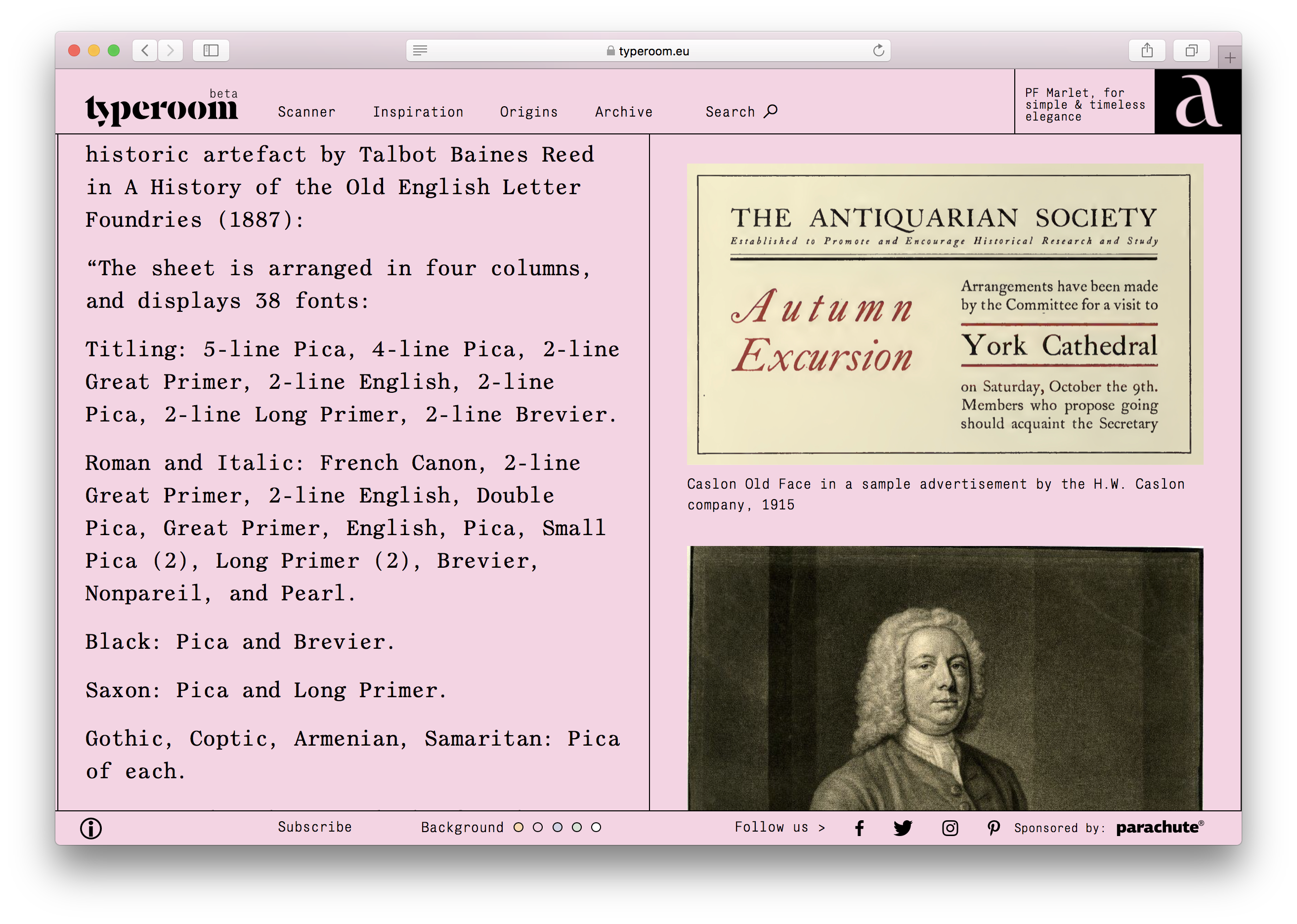 All you need to keep a small talk about Britain’s ‘first and most celebrated typefounder,’ who started his career engraving gun locks. 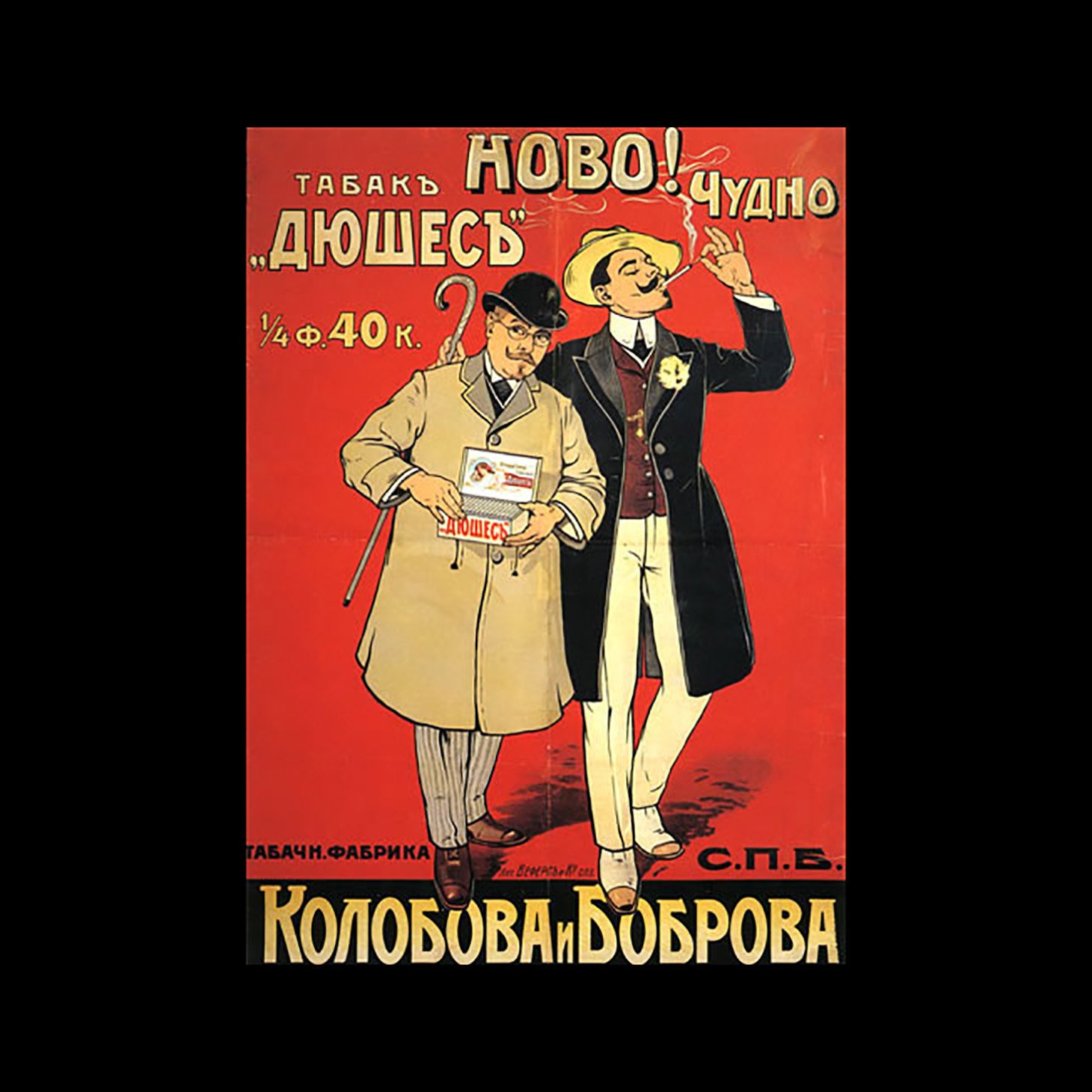 Although the article was published last October, we have only stumbled across it in January — and immediately considered it very worthy of a mention. Hobo, the most peculiar of the canonical typefaces, was designed by Morris Fuller Benton and released by American Type Founders in 1910. The origin of the font’s name remains unclear. According to one version, it has been sketched years prior to the cast, and during this time was dubbed ‘that old hobo.’ Or maybe it was due to the letterforms that resemble a ‘bow-legged hobo.’

Patricia Cost, who authored a book on The Bentons typographic dynasty, cites a story of Peter Zelchenko, a Russian-speaking typographer, who chanced to discover a Russian-made poster with a lettering clearly resembling the letterforms of Hobo (for one, note the o in чудно — ‘wondrous’ in Russian). The piece advertising a brand of tobacco was printed several years prior to the release of Hobo. Morris Bent might had possibly noticed it passing through a Russian neighbourhood, located near his home in New Jersey — the version seems plausible, but there doesn’t seem to be much chance to prove it.

Oh, and the НОВО, that apparently gave the name to Hobo, simply means ‘new’ in Russian.

Berlin-based Philipp Neumeyer (this January we published an interview with him) collaborated with Ermolaev Bureau (Moscow) and designed a corporate typeface for Norebo, a Russian holding company controlling dozens of fishing enterprises. The letterforms are soon to appear on boards of large fishing boats all over the world.

Alexander Cherepanov, tomorrow.type.today: I definitely love Philipp Neumeyer and I definitely don’t love Ermolaev Bureau. The font is definitely a good one, though. 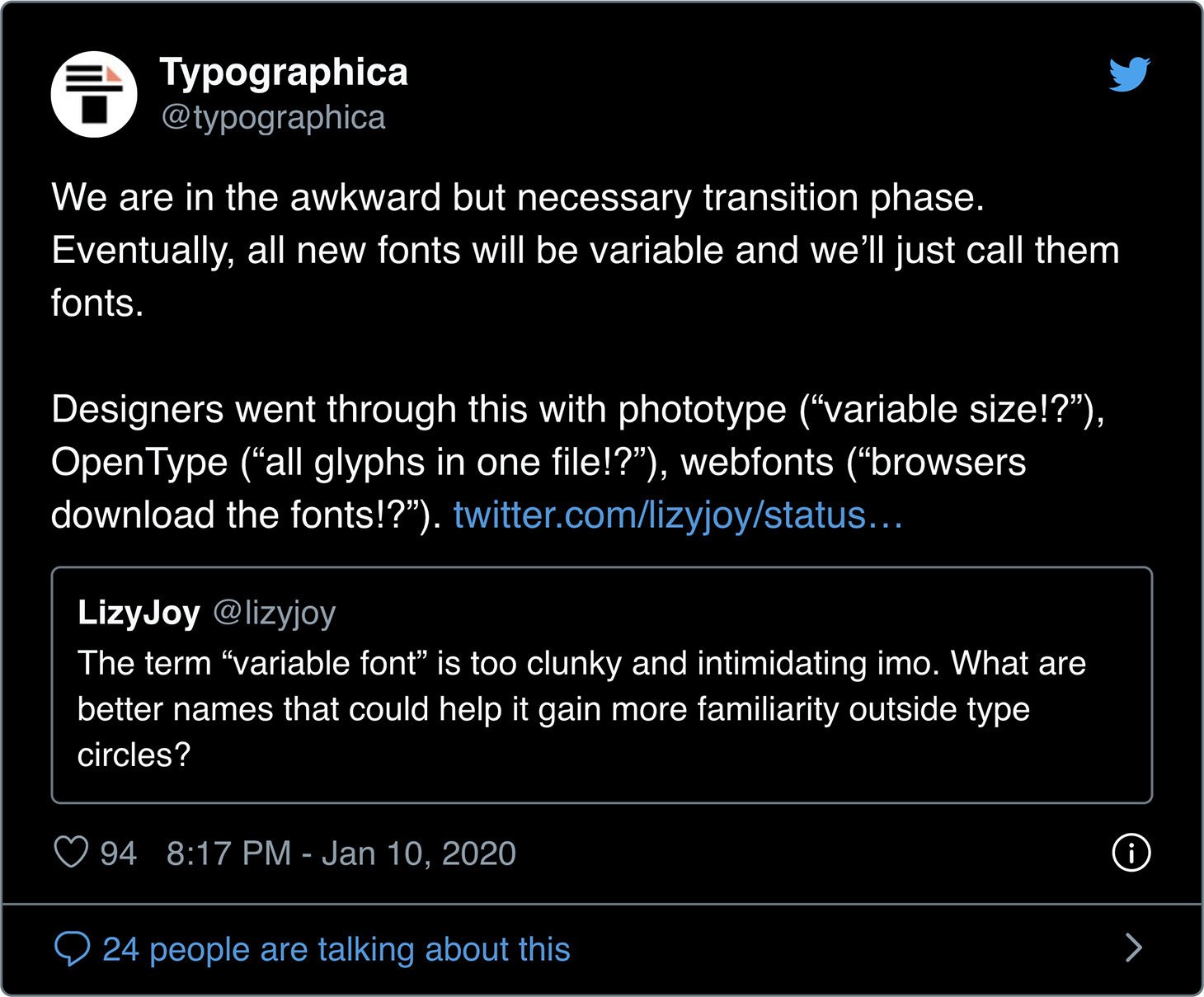 Will All Type Turn Variable?

Typographica.org have provoked a heated and thoughtful discussion on Twitter: will the variable font format eventually become the default for type industry? The replies took sides: some argued that variable type will merely remain a marketing label, unclear and unnecessary for the wider audience, other stated that variable fonts are an irreplaceble tool for responsive digital design.

Alex Slobzheninov, tomorrow.type.today: Typography is no longer immobile and monumental. Responsive tools for responsive design would benefit everyone, including the typographically-illiterate. Eventually, everything will turn variable, even if many wouldn’t notice it.

This January our ‘Gram was curated by Oleg Turbaba. We’re loving his stuff.