Type as business: how much does it cost to make a font?

Designing a font requires both competence and a great deal of time, which need to be compensated by the purchaser— whether individual or retail. How much do we charge for this type of work, i.e. where does a font price come from?

Designing a font requires both competence and a great deal of time, which need to be compensated by the purchaser— whether individual or retail. How much do we charge for this type of work, i.e. where does a font price come from?

There are two different motivations for production: on the one hand, our font-creating obsession might be the catalyst! On the other hand, a custom typeface may be ordered from us, and in this case we are given the task of designing it in within a certain timeframe, and there is a brief that we must adhere to. Naturally, in the first case, we determine under which parameters we produce the typeface, i.e.: how much time, effort and labour we are prepared to put into achieving the final result.

When you make a font for yourself, you solve a creative task, and it is very difficult to talk about it in terms of concrete returns — it’s difficult to predict its success. The public may like it, or it could very well leave them cold! Plus, there are also some cases when the public only seems to engage with a retail font after a few years have gone by.

It is another matter that there is, relatively speaking, commercial font-production, which involves promotion, plus research into markets, consumer demand and trends and also designers being steered in one direction or another. For example, Helvetica sells very successfully. Why not just update Helvetica and capitalise on the attention and money linked to the interest in this sort of font? Thus, there is a New Helvetica, a Super-Updated Helvetica and many fonts that simply resemble Helvetica in their form. This is a calculated commercial venture: people really want to earn money, and in this way, they can count on it.

Currently, everything points to the fact that any custom font will be much more efficient than a font distributed under a free license. A font that is made to order will precisely answer the client’s brief — they know for what reason they’re paying for the work. Here the danger is only that during its implementation there may be an insurmountable misunderstanding between those who produce the font and those who have ordered it. 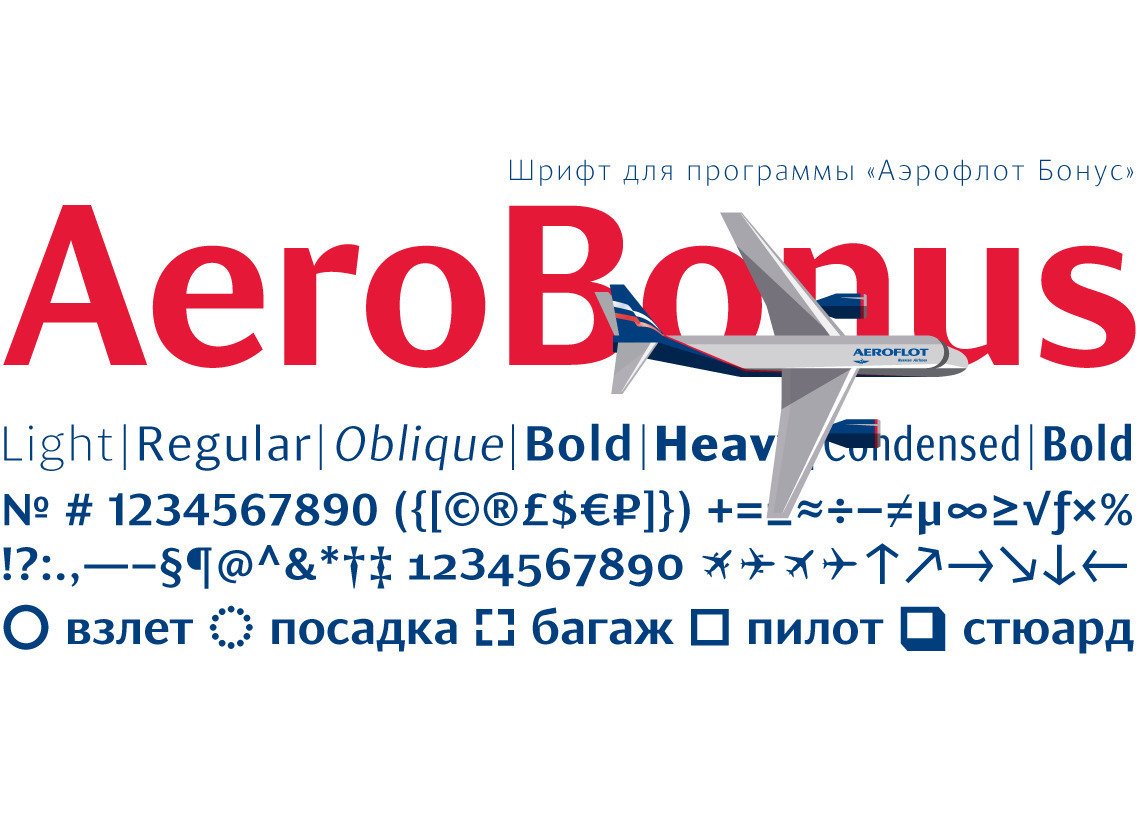 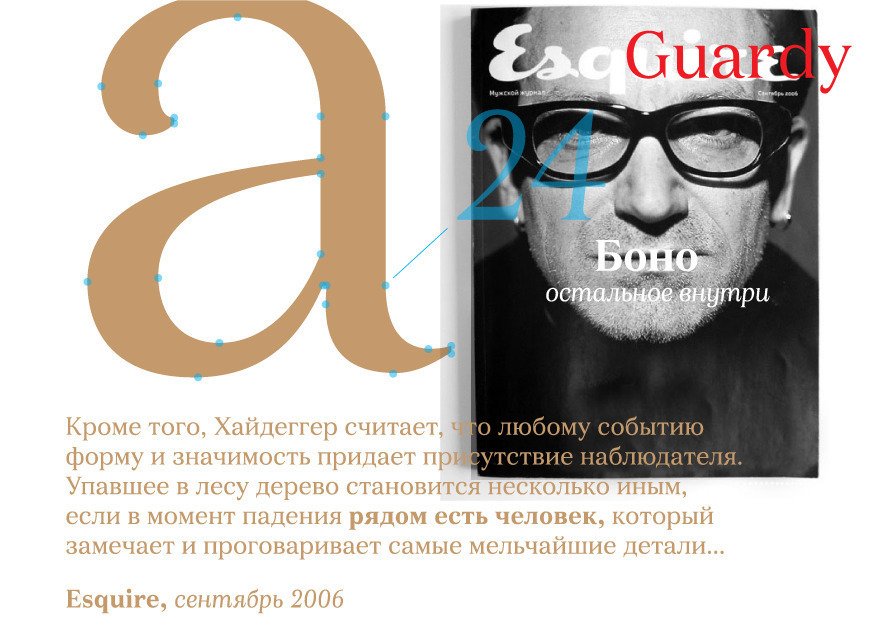 The answer to this question depends on the font being produced. There are fonts with a story — for example, Arial, which appeared more than thirty years ago, at the dawn of the computer revolution. Despite not being free for developers, it was supplied to the end user as a free font along with the first computers. However, it might be said that users actually paid for the font by buying the corporation’s other software. Of course it’s impossible to say exactly how much Arial cost to produce, but we can speculate and assume that a whole team, rather than a single designer, worked on it. This team most likely included technical specialists. And even if — as is suspected — the designers did not make the font from scratch, but modified an already known one, thousands of computer-hours were nonetheless spent.

When we designed Kazimir, Yura Ostromentsky and I roughly estimated how much time was spent on creating one font-family. It worked out as two thousand cumulative computer hours — of our time and the programmers’. If we divide this into a 40-hour work week, it translates into a year of work for three highly paid specialists. In American-salary-terms this is around USD$300,000. I think that the development of Arial — and there are more styles, it has a lot of variations — cost around a million dollars. Perhaps even more than this — it’s just that the investments into it have been spread out over time. Arial didn’t immediately emerge — its existence is a result of sustained expenditure. For example, in the early 1990s, the OpenType format appeared, and it was necessary to invest money in this font again.

Additional development, such as designing new language versions, also costs additional money, and the final costs depend heavily on the language itself. Type.today has begun to work with the Georgian and Armenian alphabets, and it is obvious that we spend more time creating and revising them than we do with the Cyrillic alphabet, for example.

When you ask this type of question, I will immediately answer: what font is it? What encoding is required to at least determine the character set?

It’s more correct to speak here not so much about the font as about the font glyph. The cost to create a glyph is from $10 to $18. This is the net cost, not the price. It includes the work of a designer, programmer and overheads — any organization includes support services such as accounting, SMM, and so on.

The final amount invested depends on the complexity of the design. Font glyphs can be traced roughly, in fifty-five minutes, or one can fuss over them for years and carefully perfect each shape. Naturally, in the second case the cost will be higher. 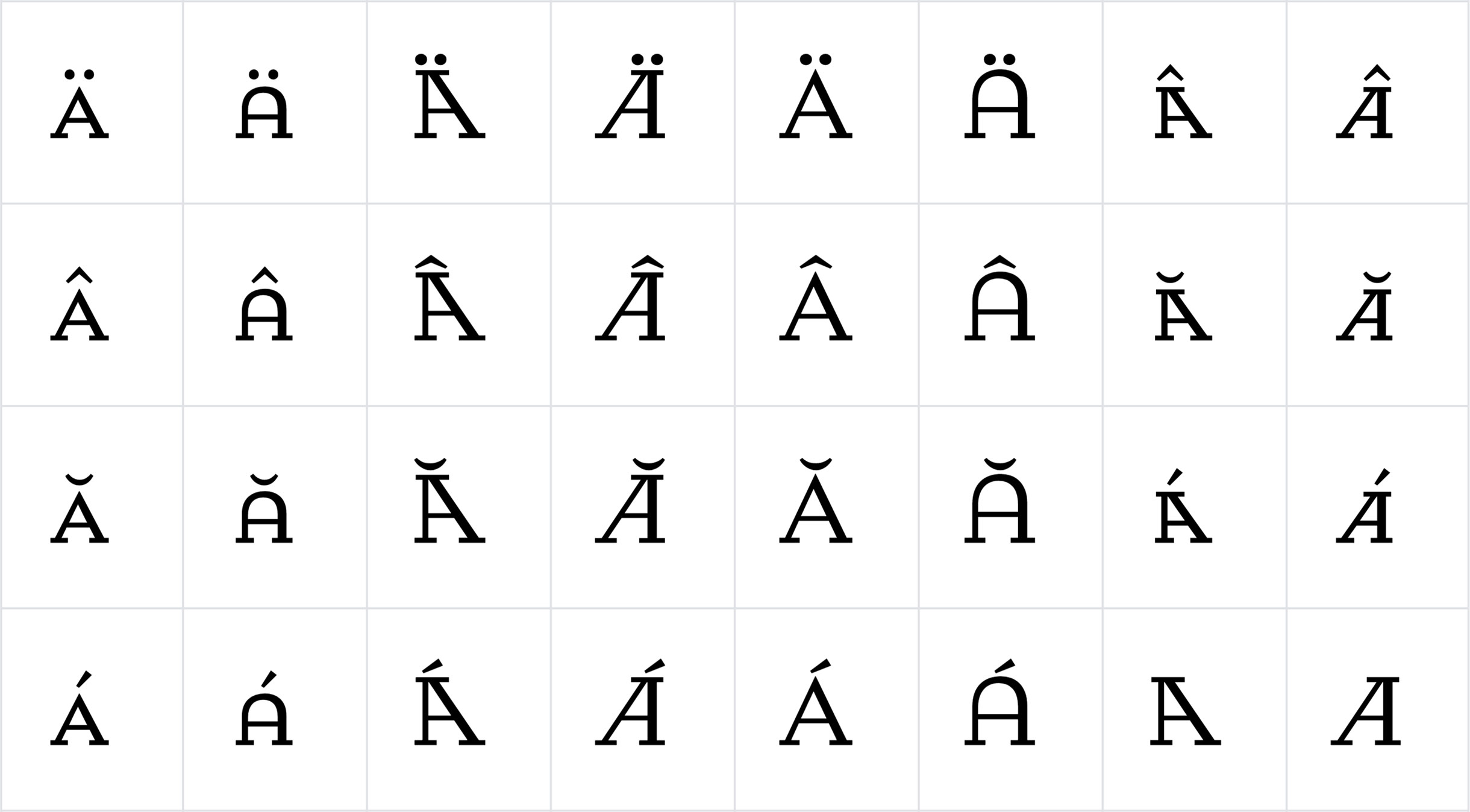 Fragment of codepage for Circe Slab

There are fonts that require a great deal of time to create, and thus the associated production is is more expensive. The additional labor entailed is reflected in the final price for the end user. Typotheque has standardised font pricing, 72 euro for a basic desktop license, for a single font style, single writing script (while fonts supporting for example Latin/Greek and Cyrillic cost €96) that we use for all of our fonts, with the same character set.

We decided on this pricing when we started in 1999, and we’ve kept the same prices for 20 years. Considering that everything else is much more expensive since 1999, I think our fonts are a fair deal.

Codepage for one style of Parmigiano — this Typotheque font is also on sale on type.today

I don’t think we’ve ever stopped working on a font because we’ve spent too much on production. A typeface can have a value that goes beyond its sales numbers: much like a fashion house might barely break even on their couture collections, but they need to produce them — in part to market their fragrances and less expensive mass-market items. For us, with a family like Dala Prisma or Marian, it might take a long time to recoup our investment of time or production costs, but they help to communicate what Commercial Type is about, which in theory helps to promote our more utilitarian typefaces.

That said, a typeface like Dala Prisma or Marian does a lot to make a graphic designer’s job easy — once you’ve picked one of these typefaces, it doesn’t take much effort to make a layout look interesting and distinctive, so we have priced these a bit higher per style than a workhorse family like Graphik. 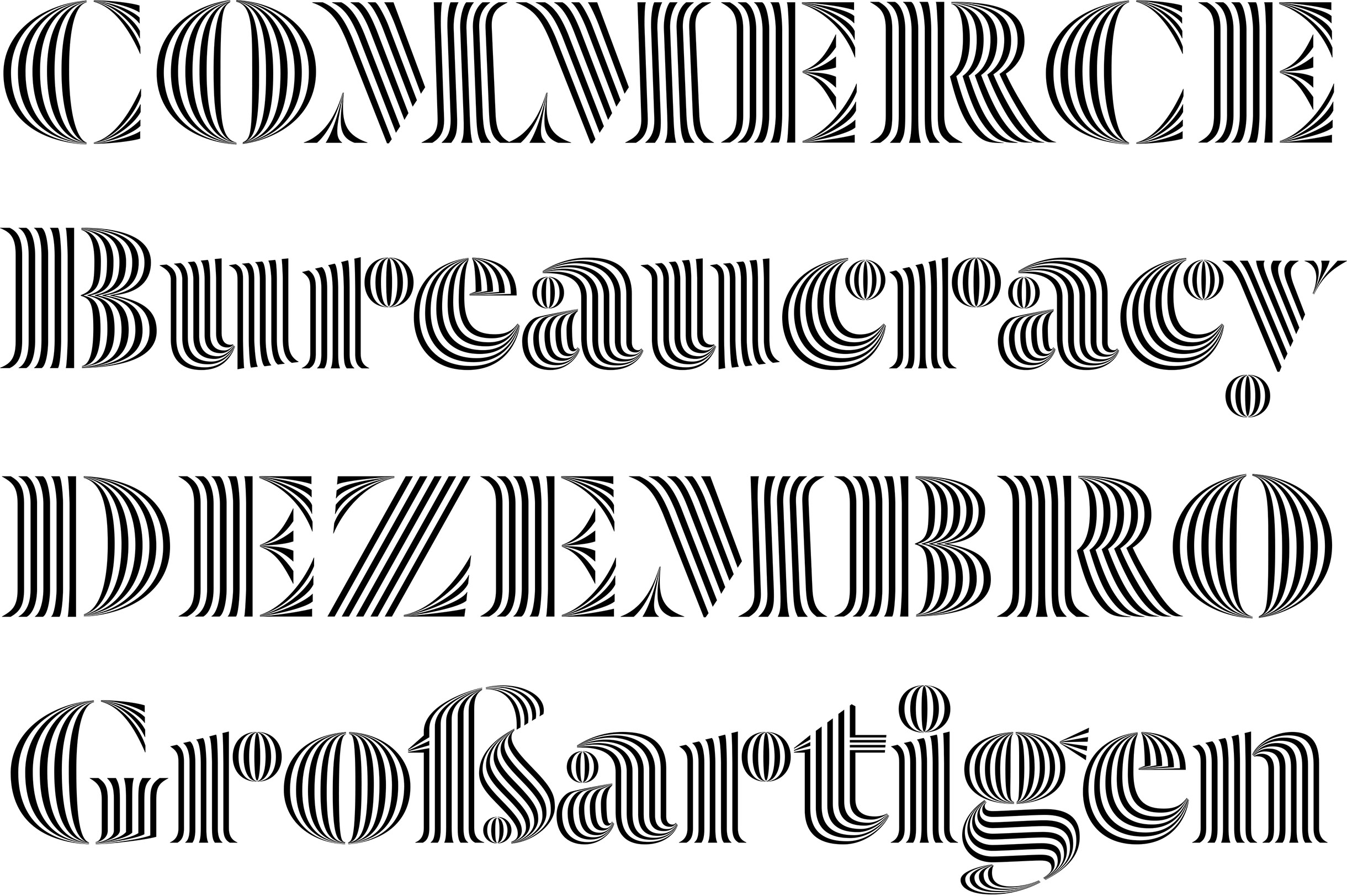 Dala Prisma is a version of Dala Floda, which is also on sale on type.today.

Font design is a very long, laborious and creatively intense process. We do not calculate the effort spent in employee-hours — this is impossible. In a situation where we have done our utmost to produce a font design, considerable creative resources are spent searching for an idea, and this work is difficult to predict in regards to time, or to evaluate in terms of employee-hours. Our creative credo is to offer fresh and bright ideas — we’re not interested in releasing an “okay” font — it would be better to throw it away entirely and go down another path. We search until we find precisely the fresh idea we need. When it has been located and we are ready to develop it, then the situation becomes simpler. At this point it is already more or less clear when the work will end, how much time needs to be spent and what efforts need to be made. This is also a long and time-consuming process, but more predictable. But, until an idea is born, it is impossible to predict the scale of the required effort, because this involves creativity, and creativity always implies an element of the miraculous and the presence of sudden insight.

How much a custom font costs for an end user is much simpler to say, because we already have experience in sales and quite sufficient commercial acumen. Suppose a client describes a font that they want to order for exclusive use. I calculate roughly how much money we would have earned if we had released such a font as a retail version, and I start from this figure. Of course, the development fee will be significantly lower, but the starting point is precisely this: we look at how much we would earn from selling non-exclusive licenses. 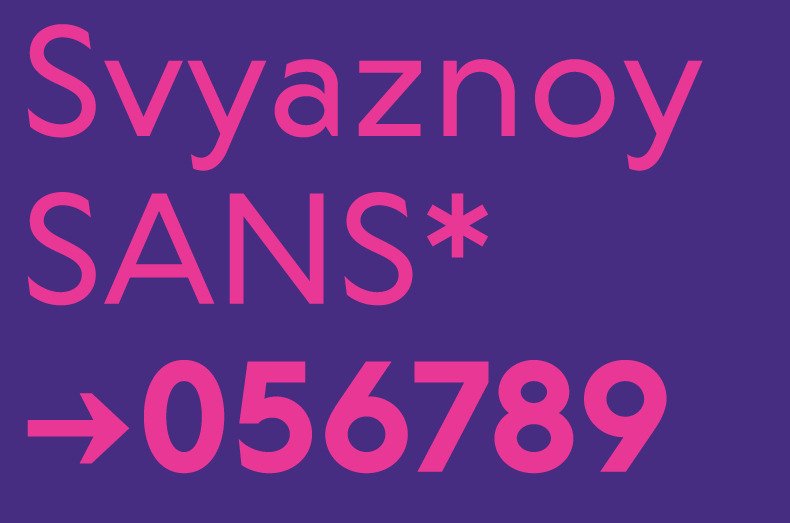 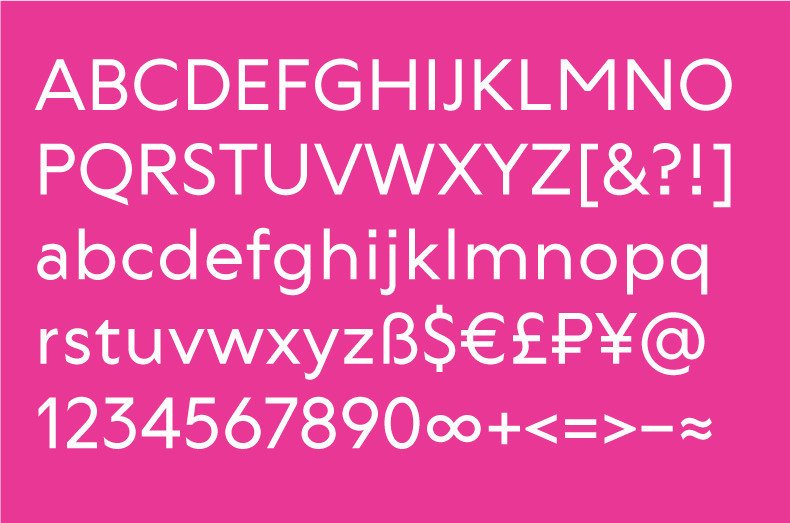 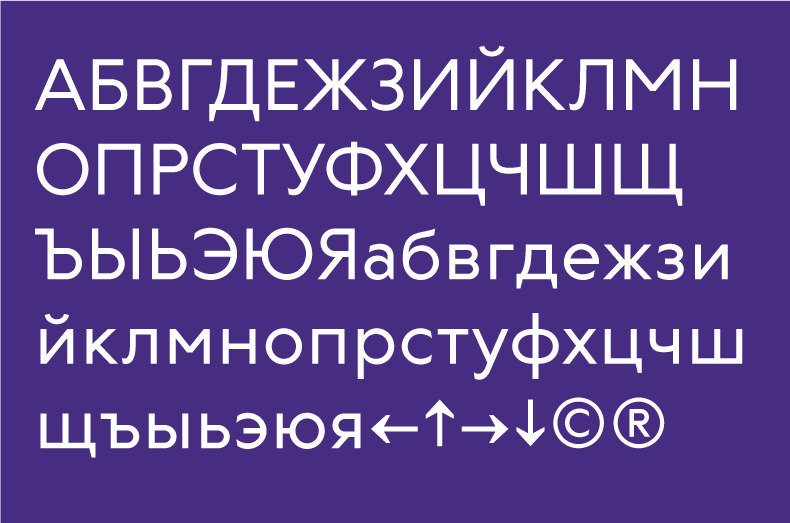 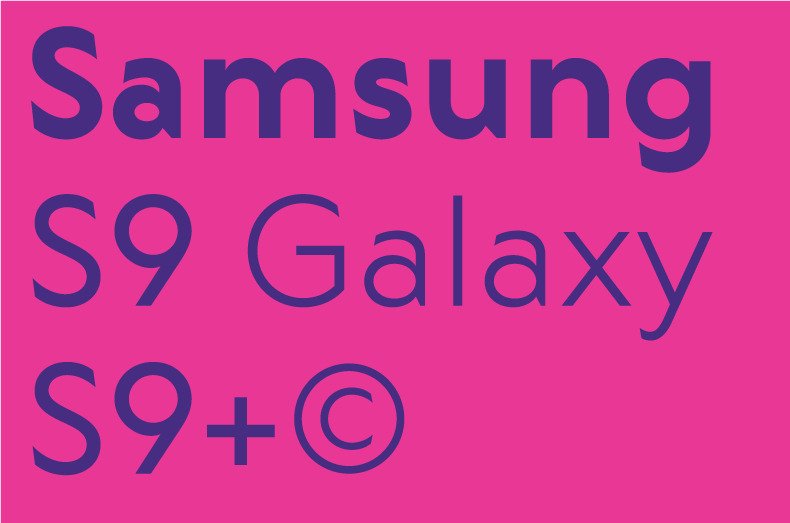 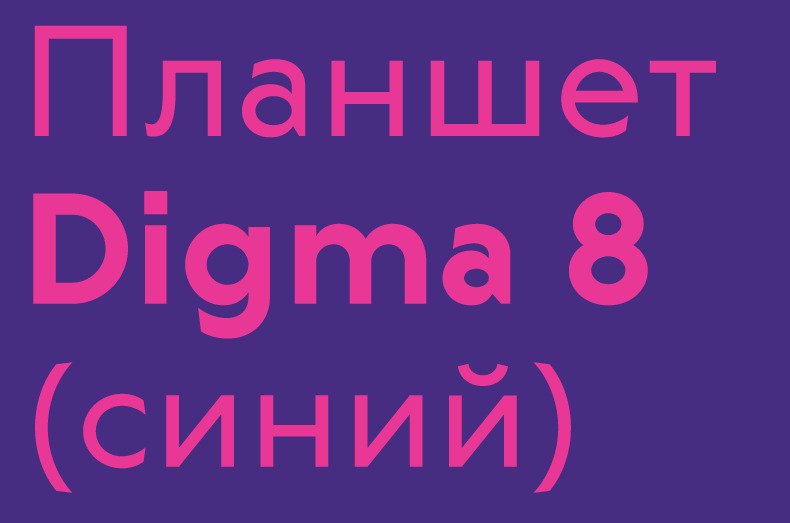 See also:
What is the difference between free and paid fonts?
Why are font licenses so varied?