Project ОМ130 began from the album Save My Speech Forever. It consists of 21 compositions written by modern musicians to the poems of Osip Mandelstam. It was important to us to visualize the poet’s voice, while creating a bright, vivid style.

Together with Roma Liberov, author of the idea, we were putting a lot of thought into this: how to convey the mood of a celebration of the since a tribute album is not a memorial, but a gift. And that’s when Apoc and Nostra came to the rescue. They co-exist in an awesome both have variations in thickness that rhyme in weight, and accentual serifs and strokes make you feel like you are lost in the woods, grabbing tree branches. 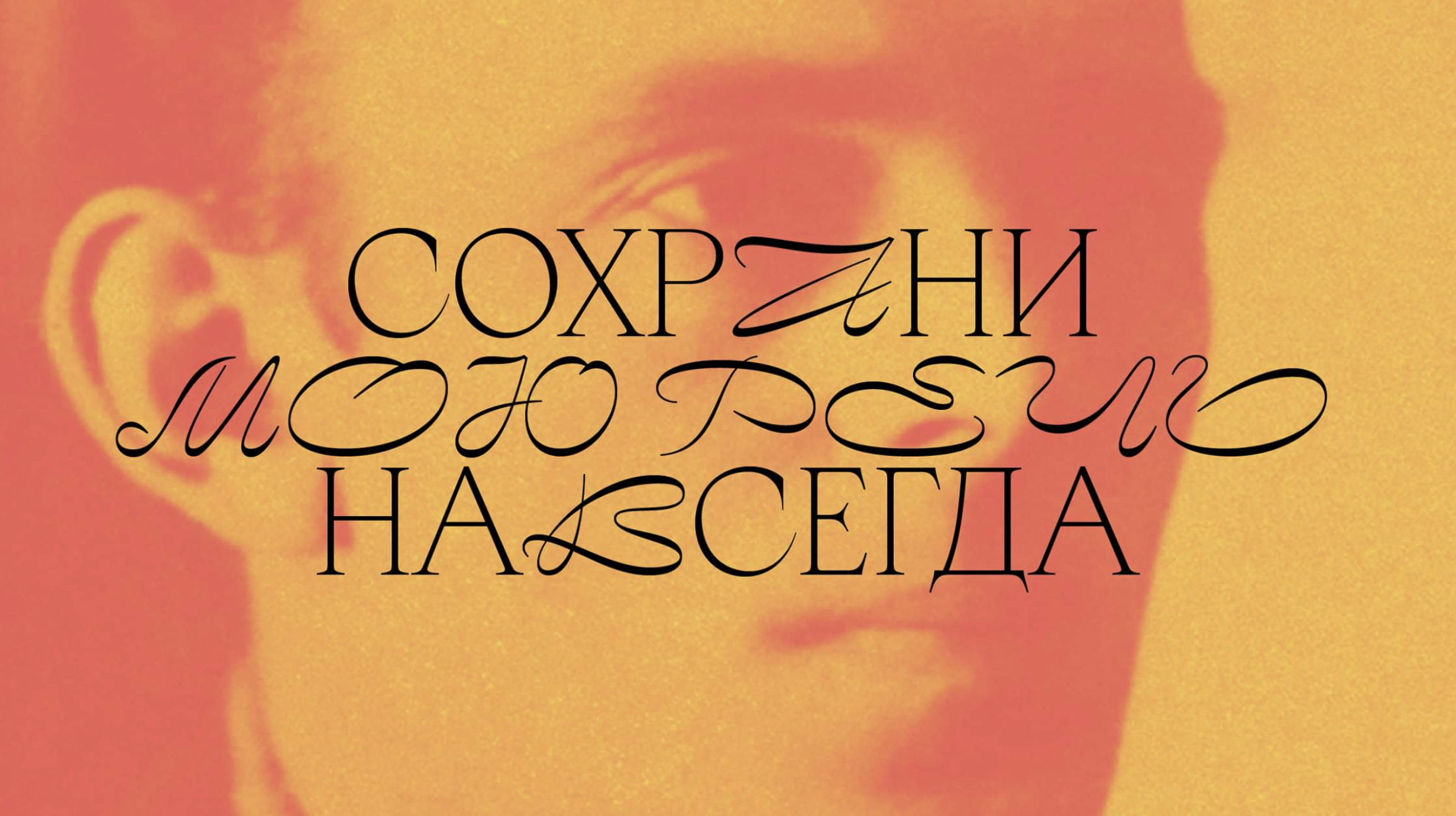 Seems like we got a sense of the voice of Mandelstam namely through a typographic Apoc typeface refers to the letterforms of the Book of Revelation, it’s strict and sharp, while Nostra, inspired by a floral calligraphy and snakes, is light and serpentine. The combination of these typefaces generates a mystical interweaving of historical and handwritten forms, re-imagined in the contemporary context. So it turned out that we created a certain continuity of times through the poetry of typefaces. It reflects the essence of OM130 those are classic texts translated through the optics of modern musicians.

Elongated sharp serifs and terminals are generally referred to as ‘wicked’, but it appears that there is sensitivity and delicacy hidden behind an apparent severity.In our project, a ‘wicked serif’ multiplied by ‘wicked calligraphy’ results in an elegant and kind boldness.

Creating something poetry-related, one easily slides down to clichés: eloquent effect of neat handwriting, or intentional simplification. When the guys presented a solution with such an unobvious, complicated and binding typeface, I honestly admitted to not knowing whether it was good or bad. Ira and Kostya said ‘it is good, believe us’. And I did.

Apoc by a typographer Matthieu Salvaggio is a thin and sharp humanist serif with aggressive serifs, inspired by an ancient edition of the Book of Revelation (also known as Apocalypse of John). The line includes 16 styles: tranquil from Light to Dark, wild Revelations, and two sans serif styles, Light Sans and Light Sans Italic.

Nostra is two extra-wide monospaced typefaces designed by Lucas Descroix: heavy and solid Sett, light and snaky both equipped with a set of alternative glyphs, borders, and patterns. The typeface was awarded by the Modern Cyrillic 2019 and the Communication Arts 2020 Competition (Typography category).

Apoc and Nostra are available on our tomorrow’s storefront.

Normalidad and Windward in use: rebranding for the Pioner cinema

Spektra in use: Decret on

Facultative Works: “We decided to do everything at once”