‘Time of the Magicians. The Great Decade of Philosophy. 1919-1929’ is a book about the life and work of four German Walter Benjamin, Ludwig Wittgenstein, Ernst Cassirer, Martin Heidegger. The book has eight chapters with four parallel plot lines within each. Each plot line has its place in the grid. That way the reader can more easily understand which character the book is talking the name of the philosopher is not always mentioned in the first sentences of a text fragment. 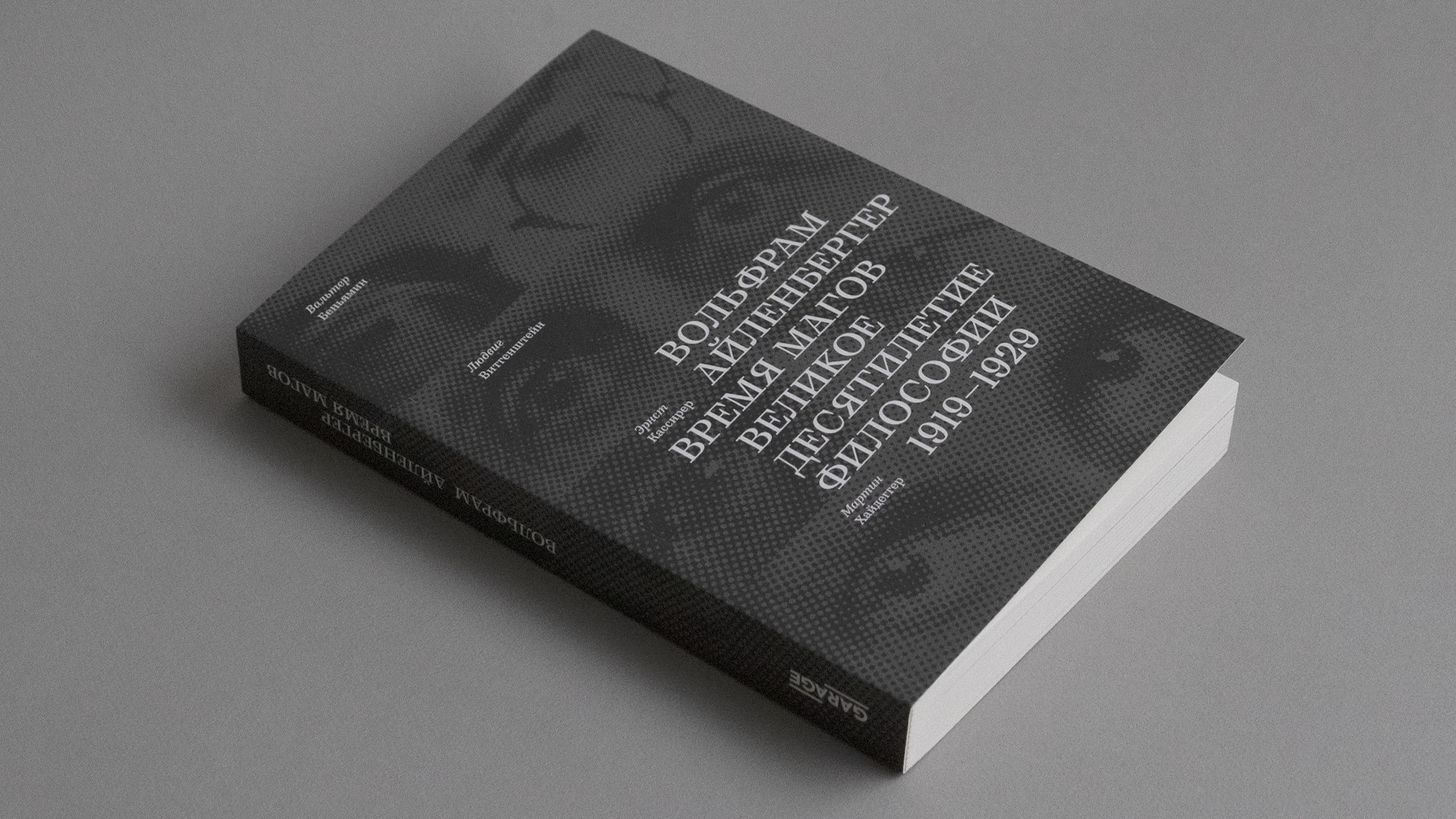 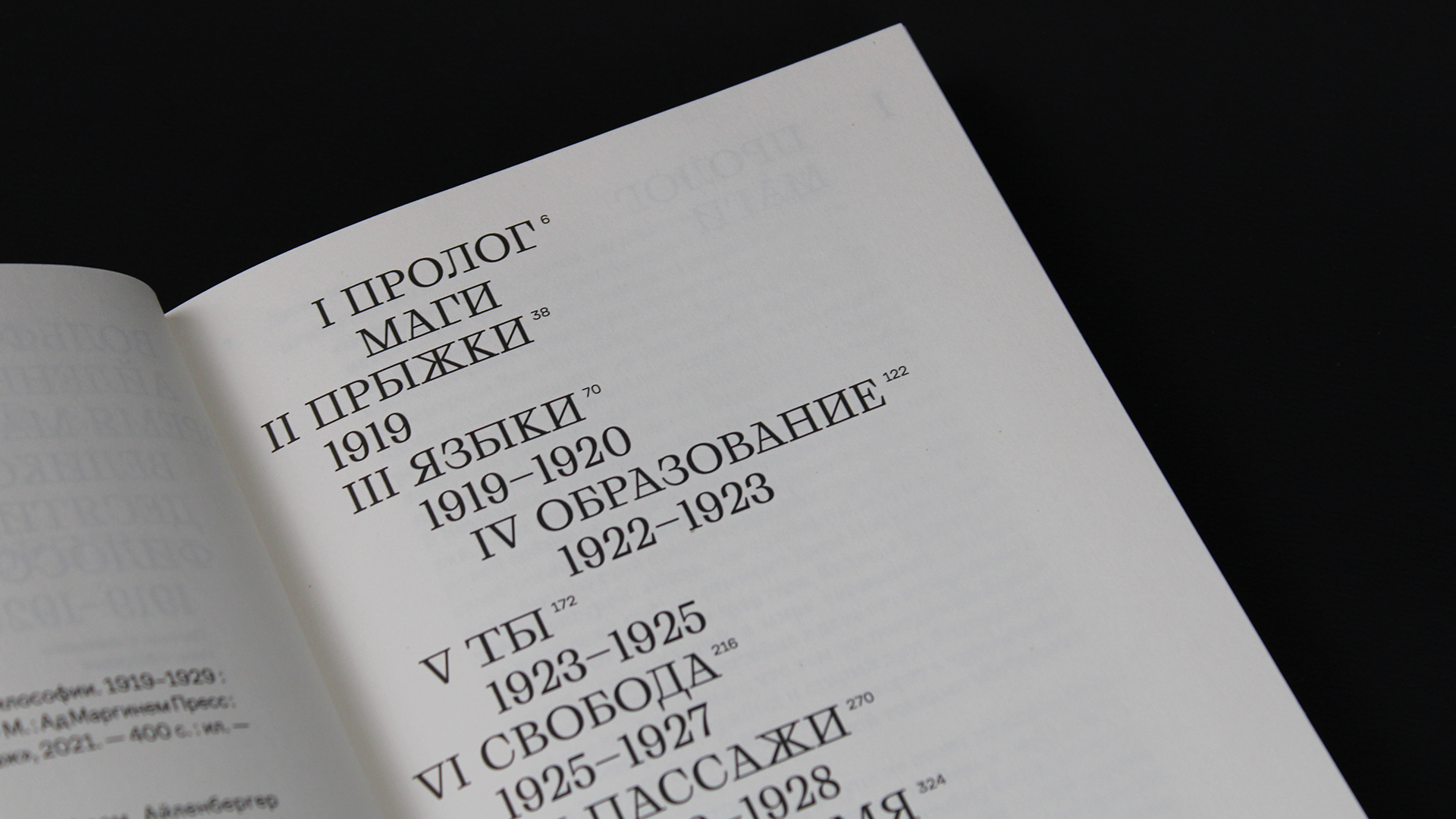 We used CoFo Robert for body text, and applied CoFo Sans to quotations. Only then we started searching for a display headline typeface which, one the one hand, would be delicately implying the historical context, and on the other, would emphasize that the book was written almost a century after the events it describes.
We stopped at Grafier: the form of its serifs makes you think of Clarendon, active chopped stroke terminals refer to Blackletter typefaces, while serifs merging into one line remind that the typeface was designed in the digital era. We decided to apply Grafier to the book’s jacket, so, the typeface that was chosen last ended up to be in charge of the mood and the vibe of the book. 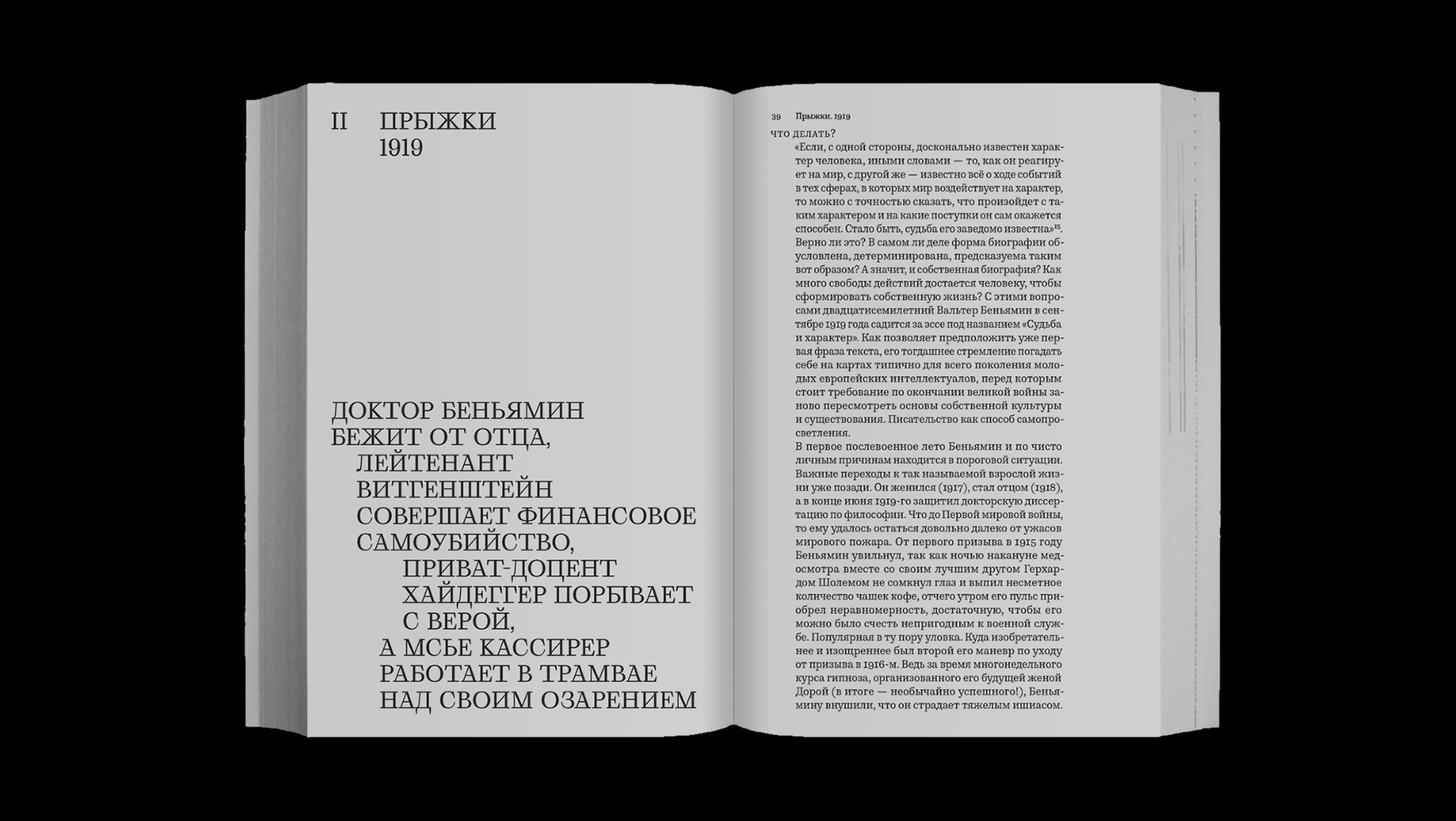 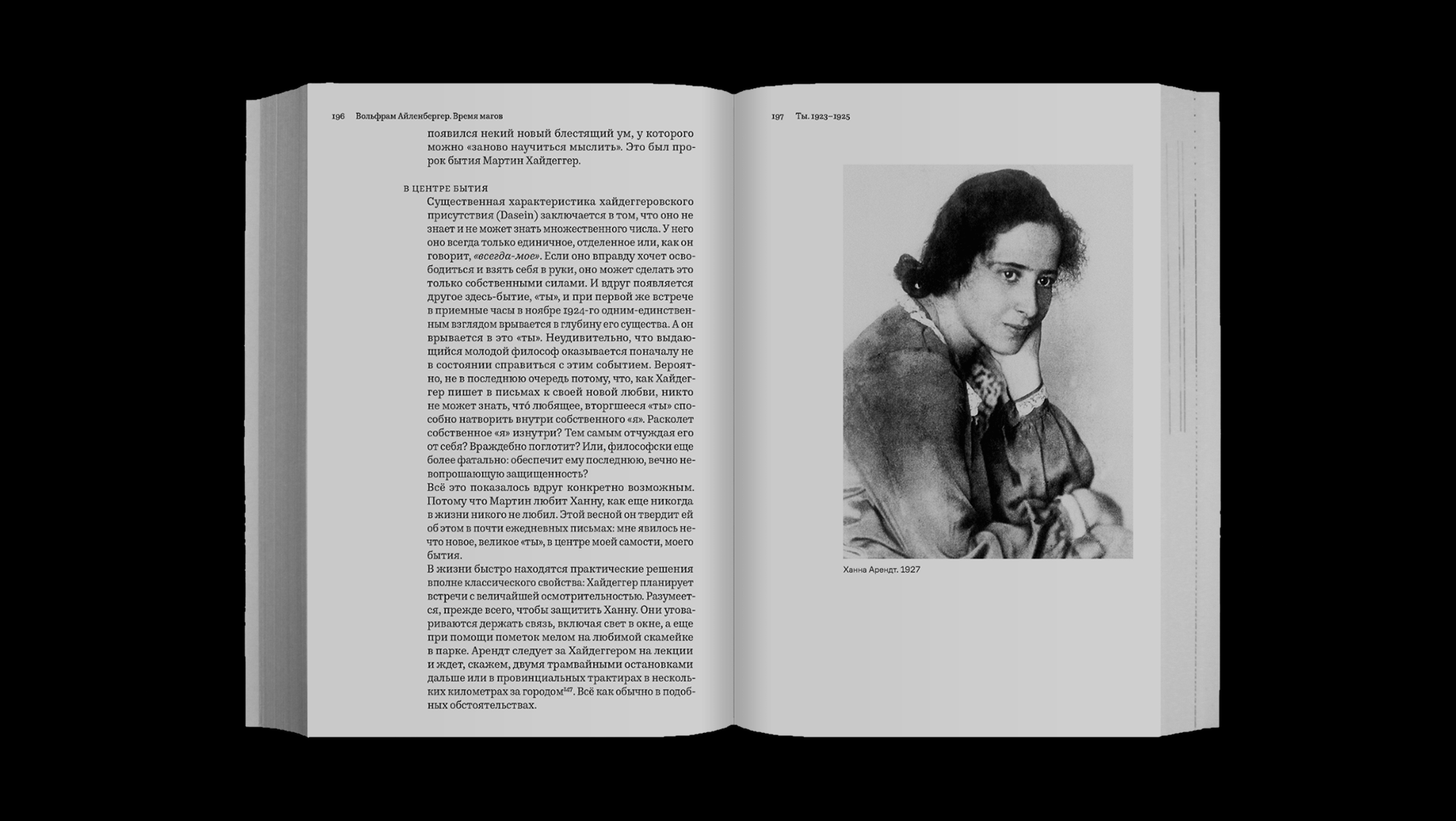 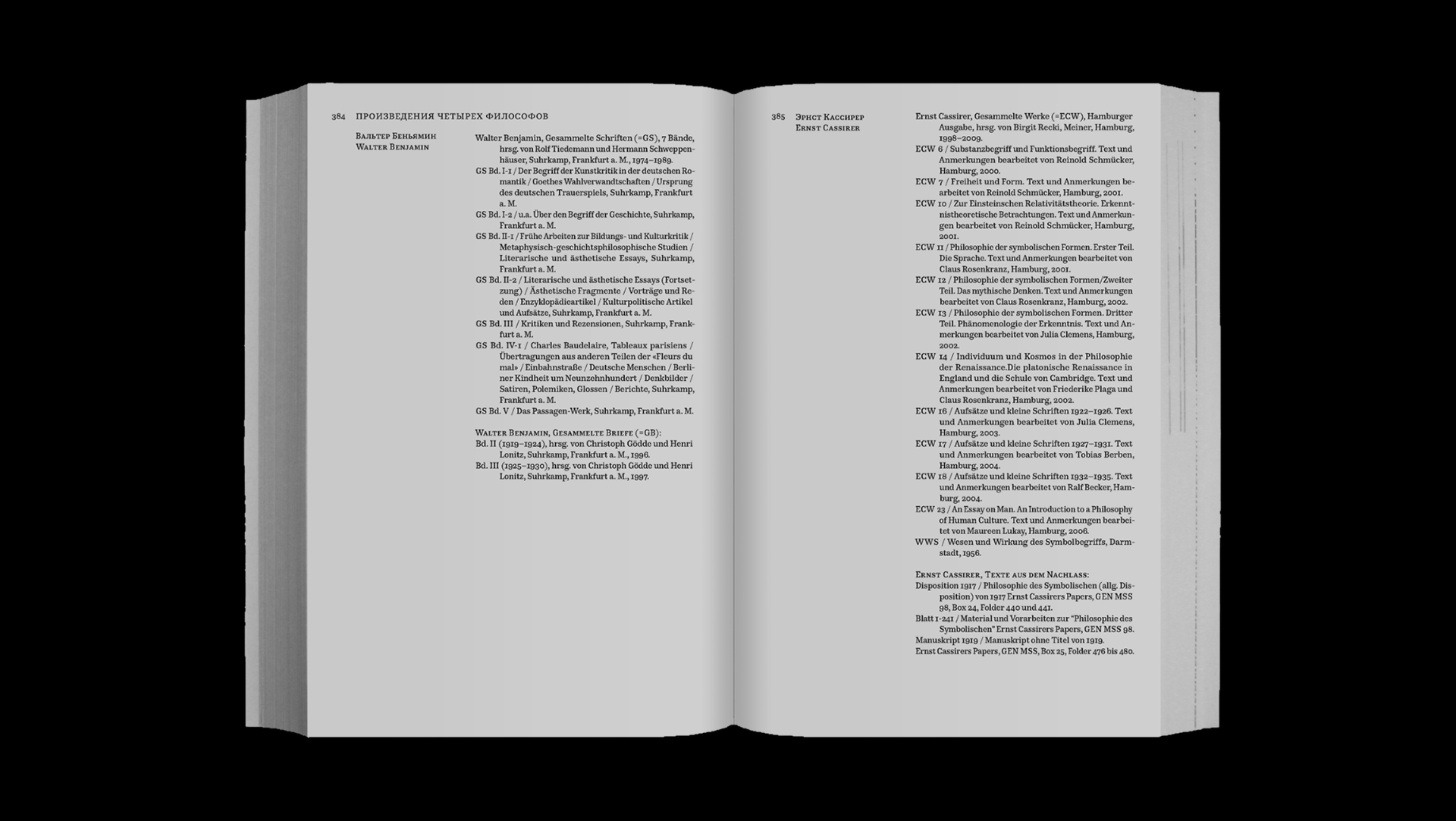 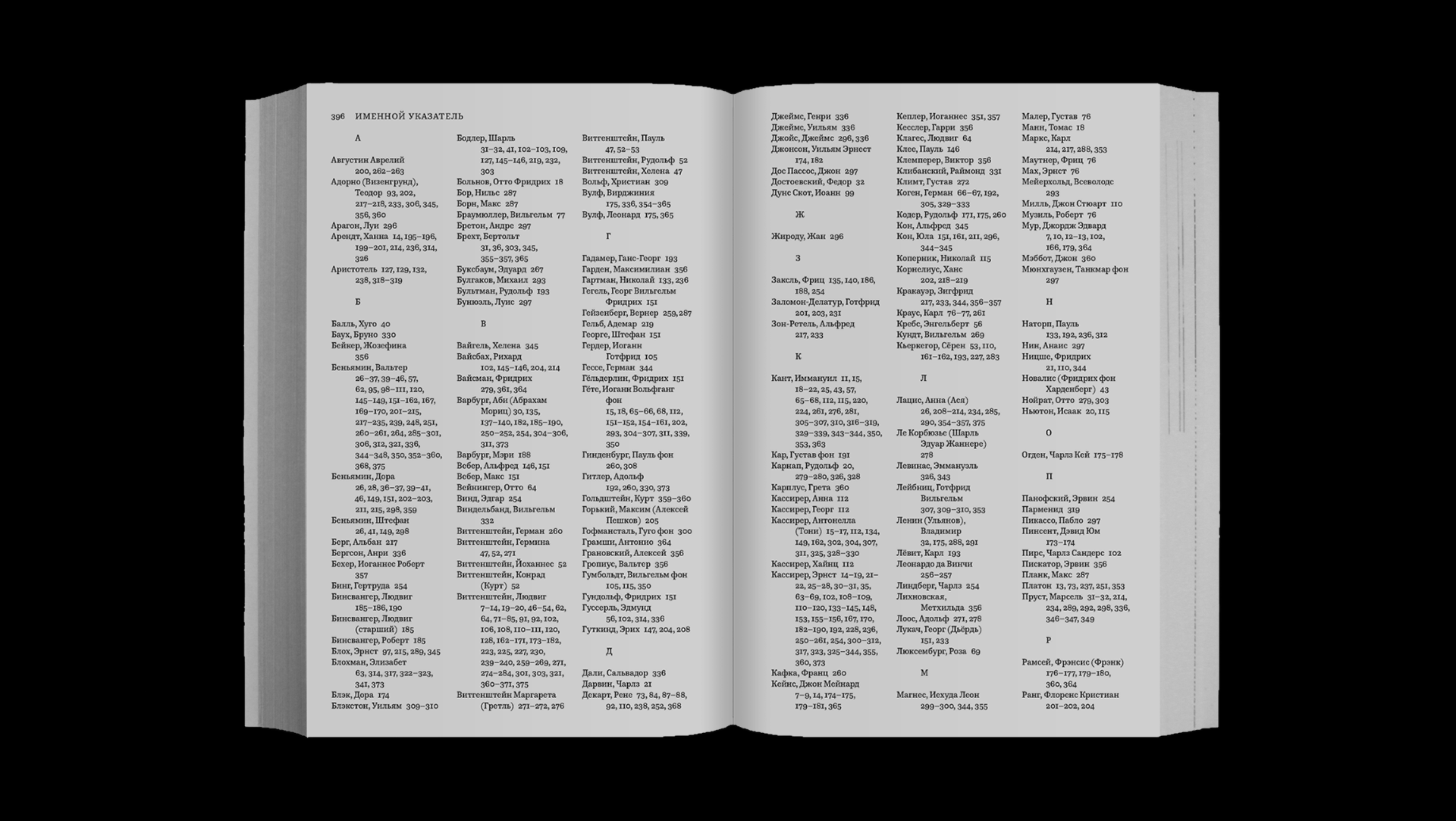 We planned to take a more contrast, display style at first. It made the layout sophisticated and classy, but there was a risk that the finest details won’t be printed, and we decided to opt for the text one.

Grafier by Alexander Slobzheninov rethinks classic design in the digital era. Unlike its English prototypes from the 18th century, the typeface has straight serifs merging into one line, distinctive flag-terminals and squarish punctuation. Grafier comes in 10 styles: five weights from Regular to Black in two contrast variations plus a variable font with two axes.