A story of how a typeface returned to where it started

I began designing FUD Grotesk when the Faculty of Art and Design, Fakulta umění a designu, decided to hold a competition of identities for the show celebrating its own 25 years of existence. Back then my work hadn’t gone beyond the concept, but here you go, a few years later (during this time I completed and released the typeface), FUD Grotesk was chosen to design the graduation show and catalogue. I was extremely pleased to see my typeface in use where it actually started. I am glad that the typeface ended up in the hands of Pavel Frič from Monsters.cz studio. He had seen the very first sketches, had been following the process of creating the typeface and clearly understood both the idea and how it could be used in real life. Dense setting looks especially great in this catalogue, dynamically and monumentally at the same time. I really enjoyed the tooling of the typeface on the cover and the way how unusually small serifs live as if they were embedding the typeface into paper even more. 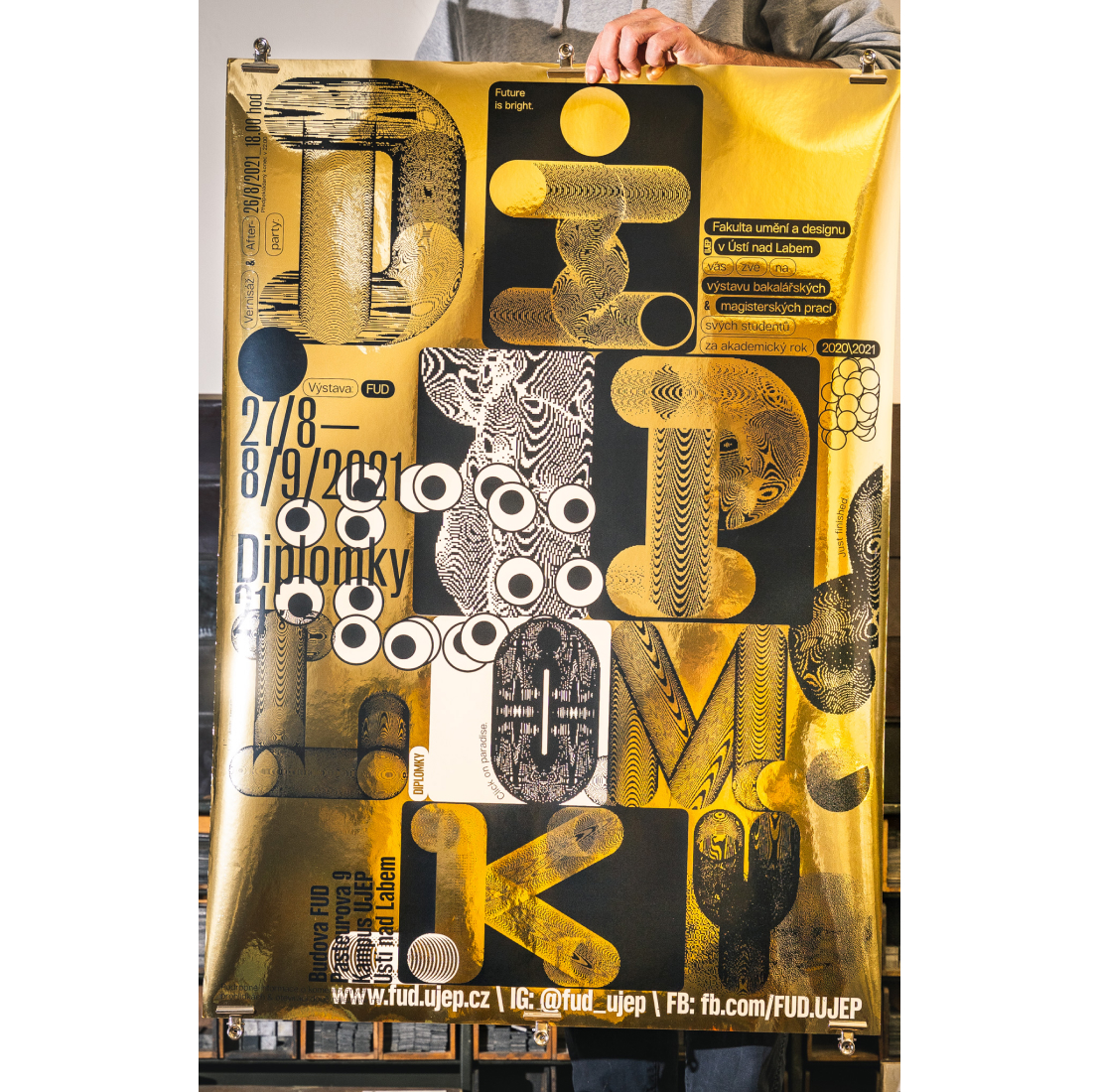 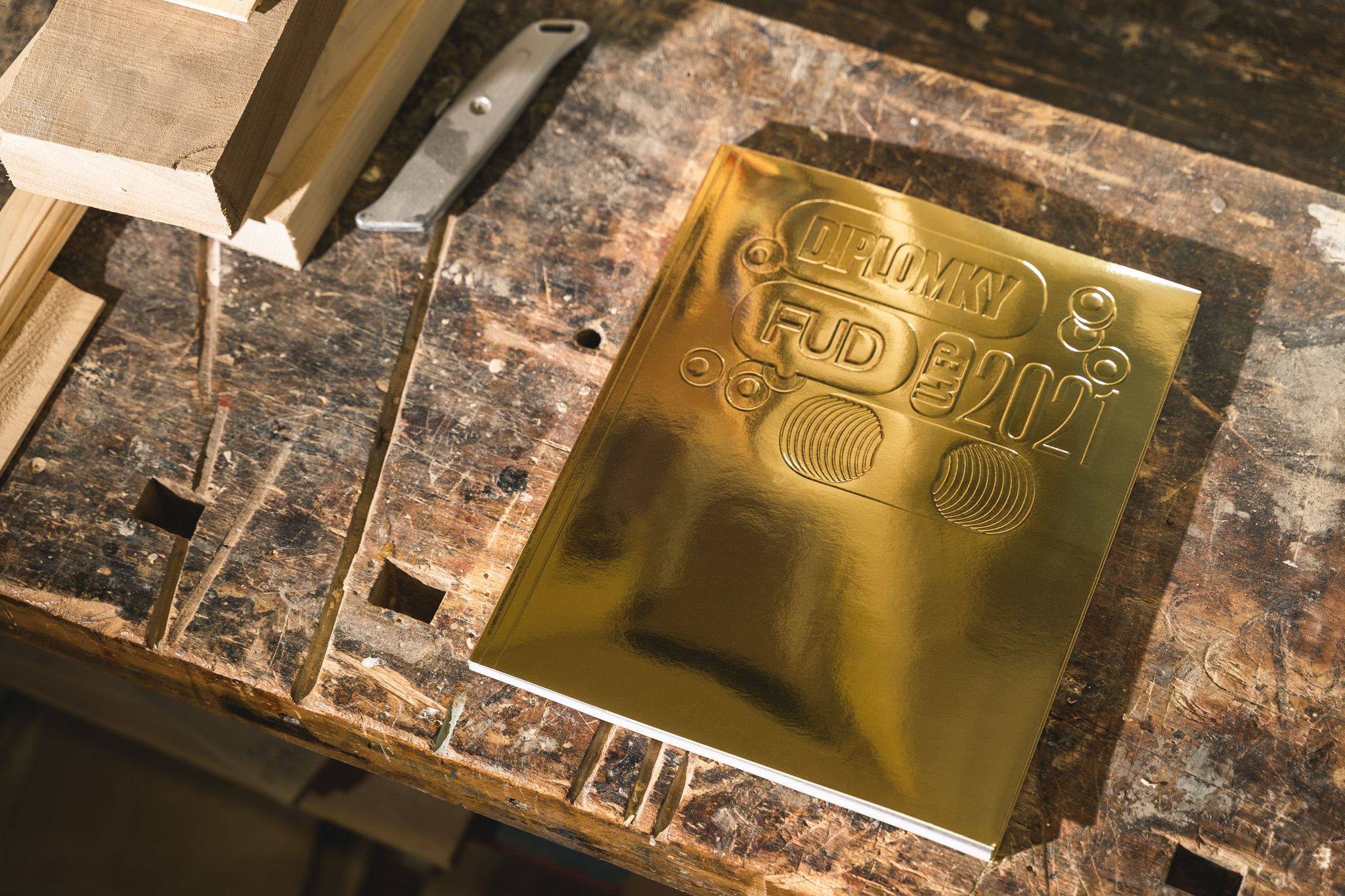 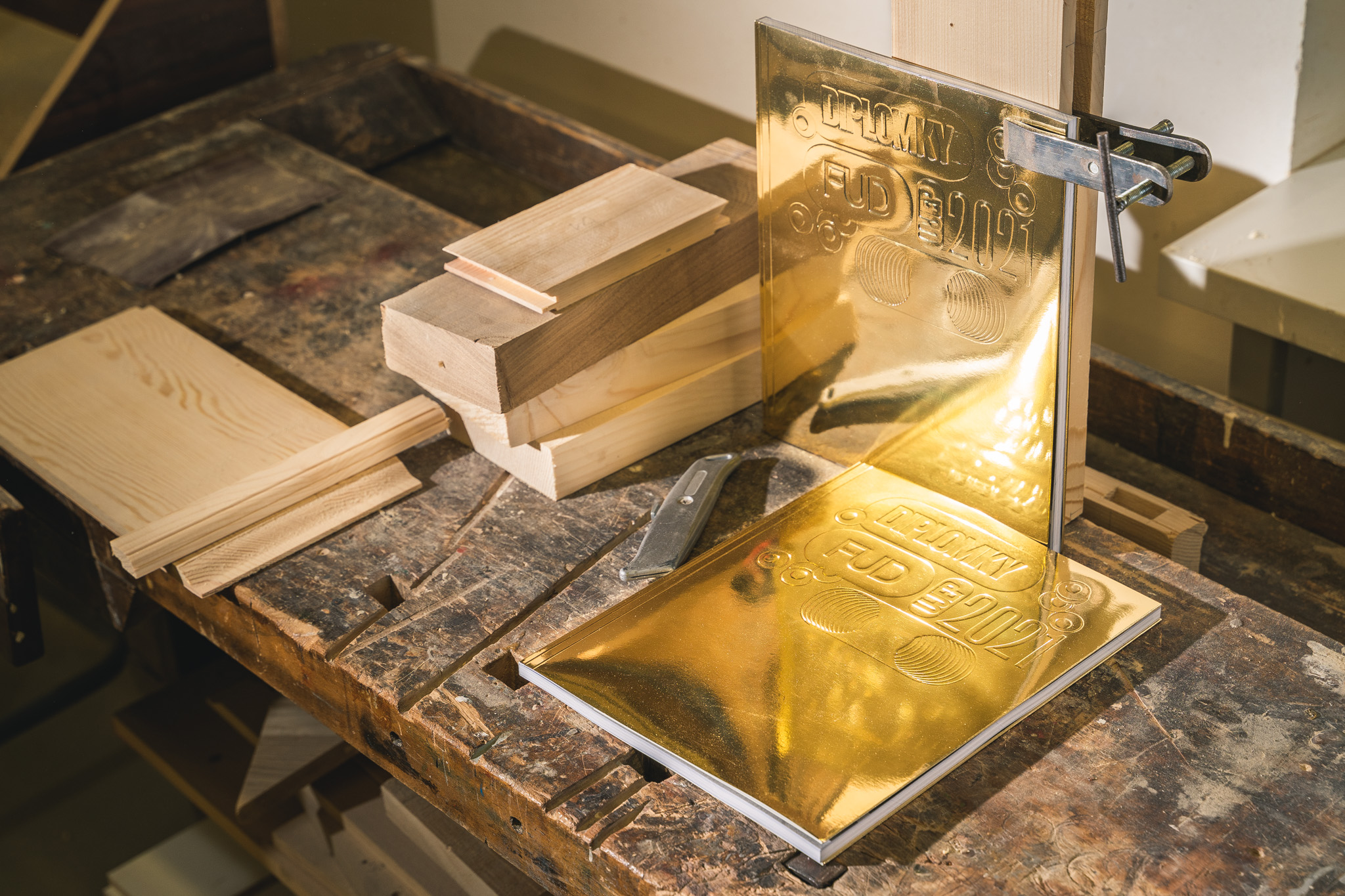 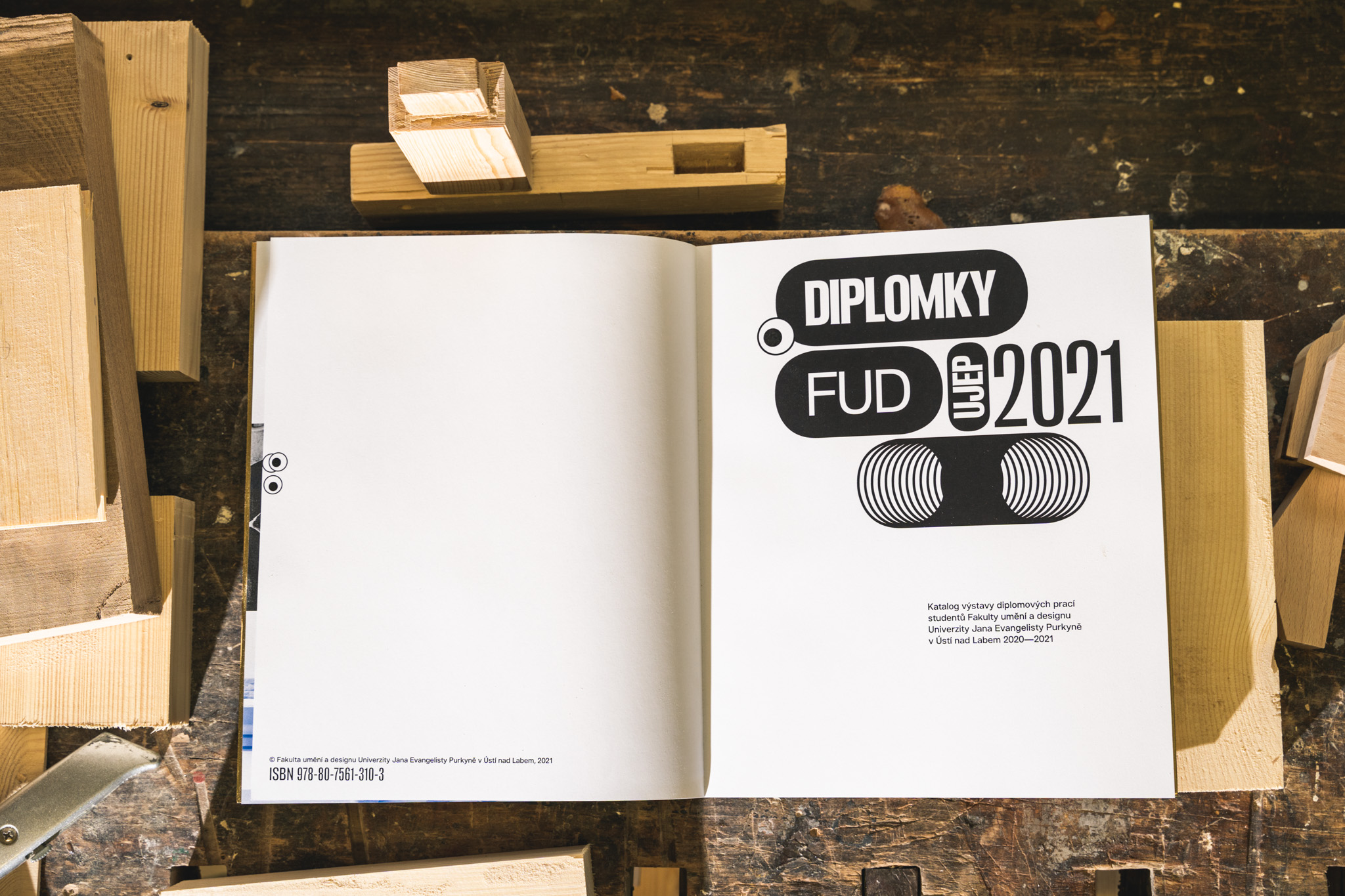 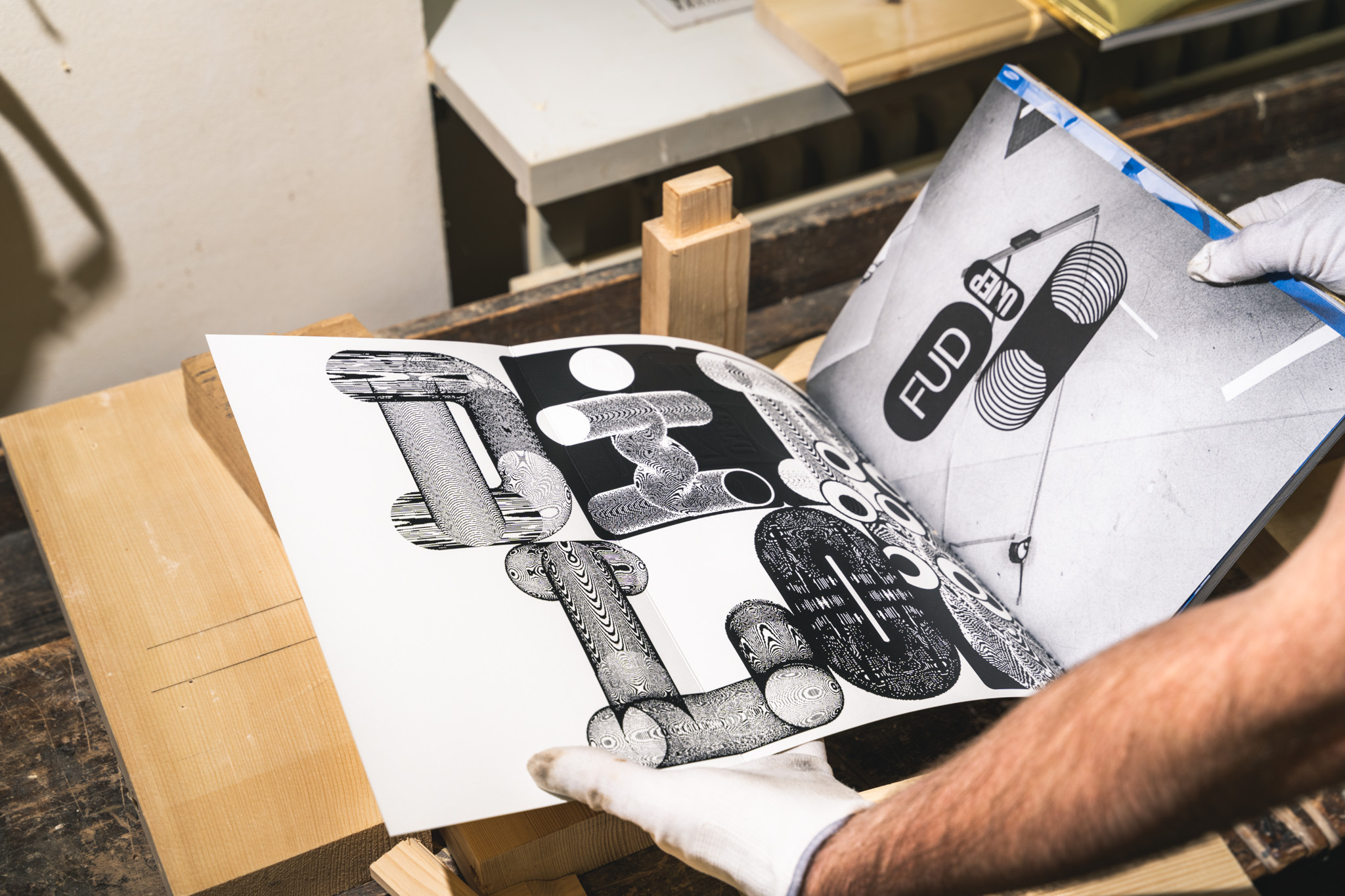 There are three reasons why FUD Grotesk ended up on the catalogue’s cover. First, Ilya is my friend, and I literally like all his typefaces. They are sophisticated, quite bold and distinctive at the same time. Secondly, FUD Grotesk inherited the narrow proportions of Modernist poster typefaces, and therefore works great at large sizes. Third, there is not a single boring glyph. You can endlessly stare at how gently the 2, or the lowercase a, are curved. And, of course, I am a big fan of micro-serifs! I almost feel bad that we used FUD Grotesk in a rigid way, without ligatures and alternatives. 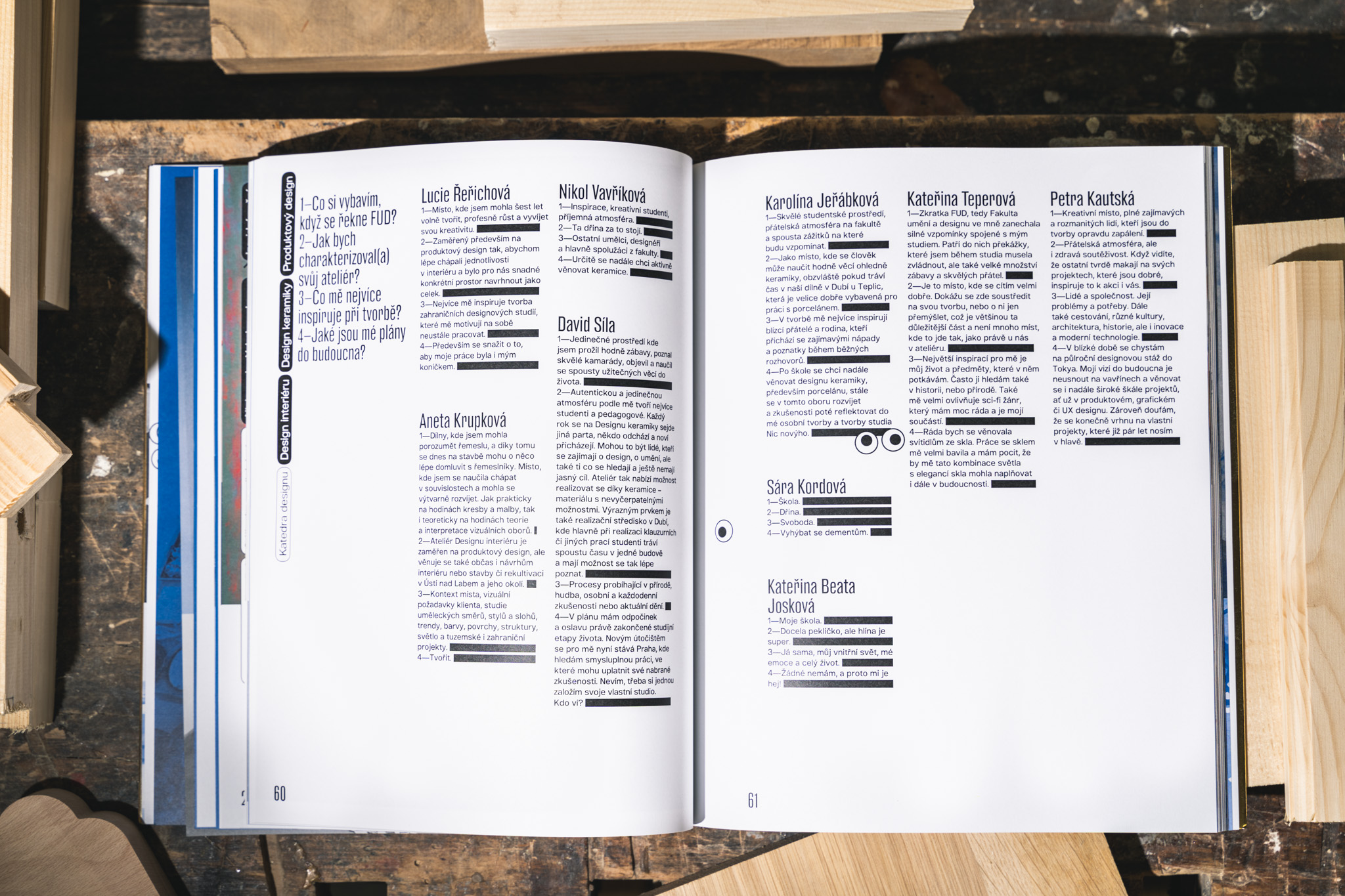 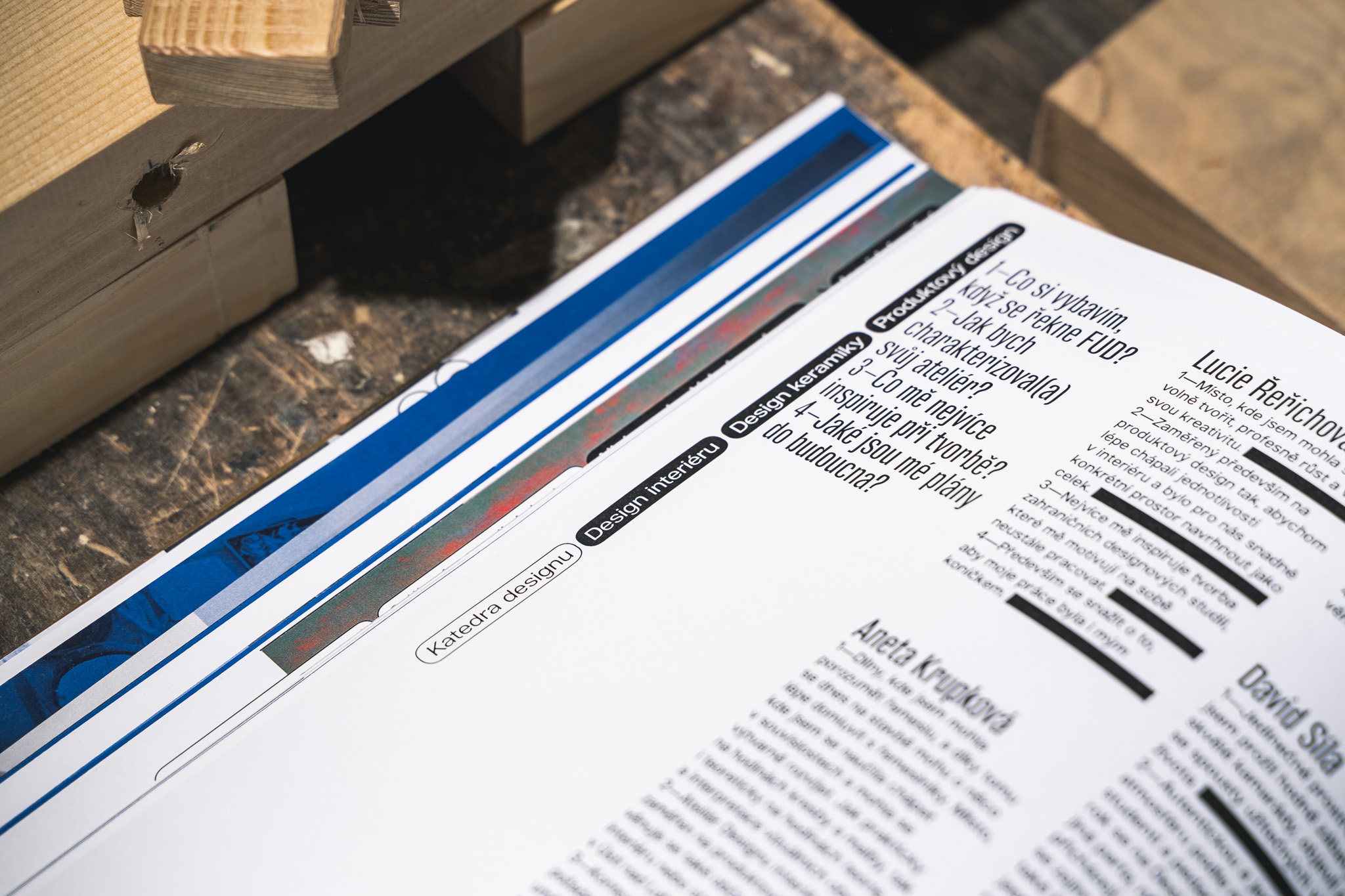 FUD Grotesk is a narrow typeface with styles ranging from Light to Bold and a large set of ligatures, inspired by Brutalism architecture and typography of the early 20th century.