Archaism in use: Females by Andrea Long Chu

We asked Ekaterina Lupanova how it felt working with Nikita Kanarev’s Archaism typeface for the first book of a new feminist series by V-A-C Press publishing house.

This book was printed as part of a publications programme of V–A–C Press publishing house, the first in a series purported to be a feminist one. In short, that is a book on a radical gender theory claiming that ‘everyone is female, and everyone hates it.’

I decided that it needs to be set in a basic serif typeface, which would run throughout the whole series, and as such I picked Caslon 540. While a second typeface, to pair this serif, has to engage with the content and relate to it, it needs not to be netral. In this case, the role was played by Archaism — its super aggressive weight resonates with the intonation of quotes from a play by Valerie Solanas that the author used for the book’s titles. The next publications of this series will most likely be entirely different in terms of personality, which is why I am planning to use various typefaces. But that is not for sure! The book series won’t have a single common layout, only design of certain elements will be the same. For example, all the books will have a colourful open spine and use Caslon 540 for body text. As for its format, typography on the cover or what else, it could be very different. In my design I wanted to avoid this traditional gender division into pink and blue, while preserving the opposition of two colours. And that’s how our book turned out to be 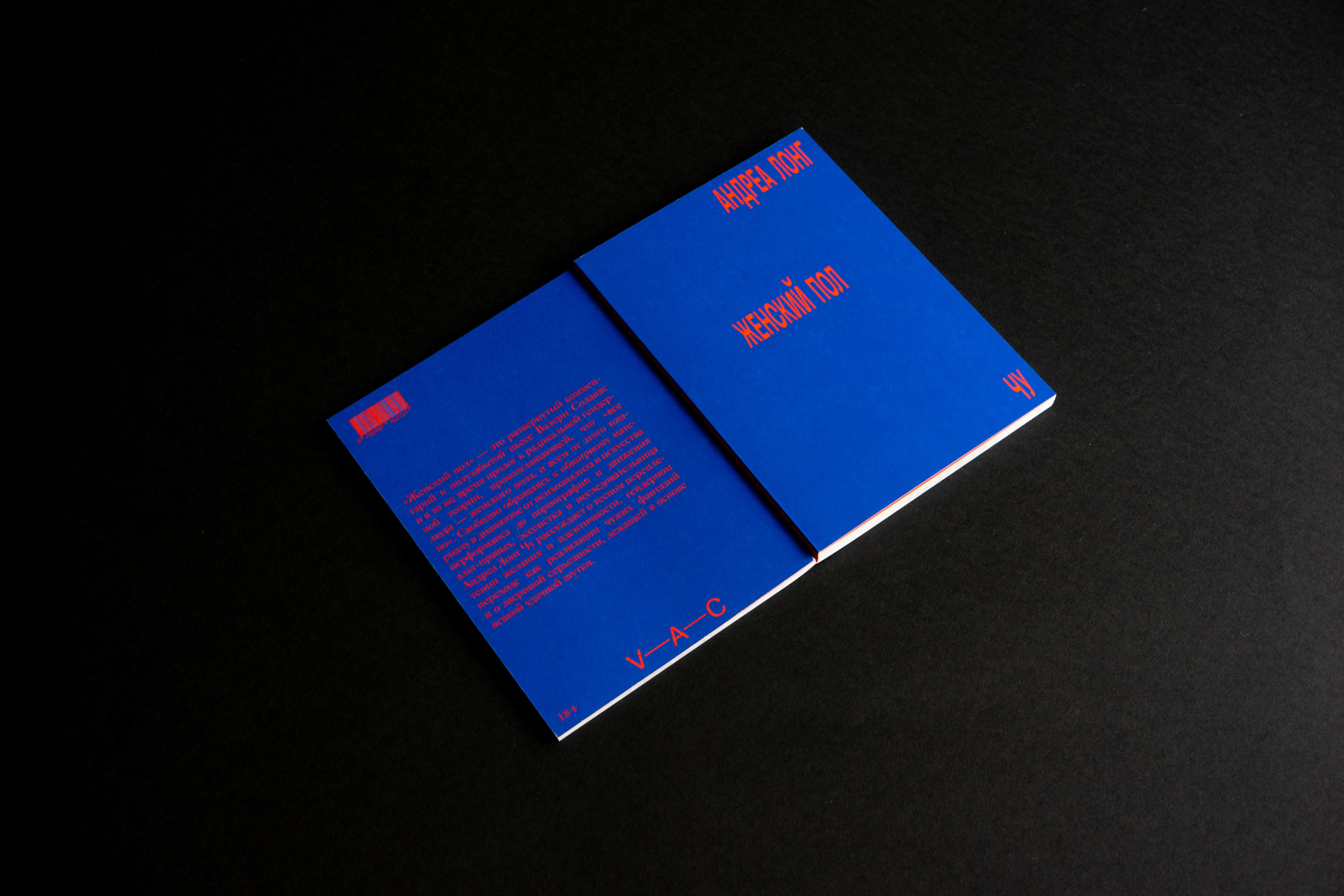 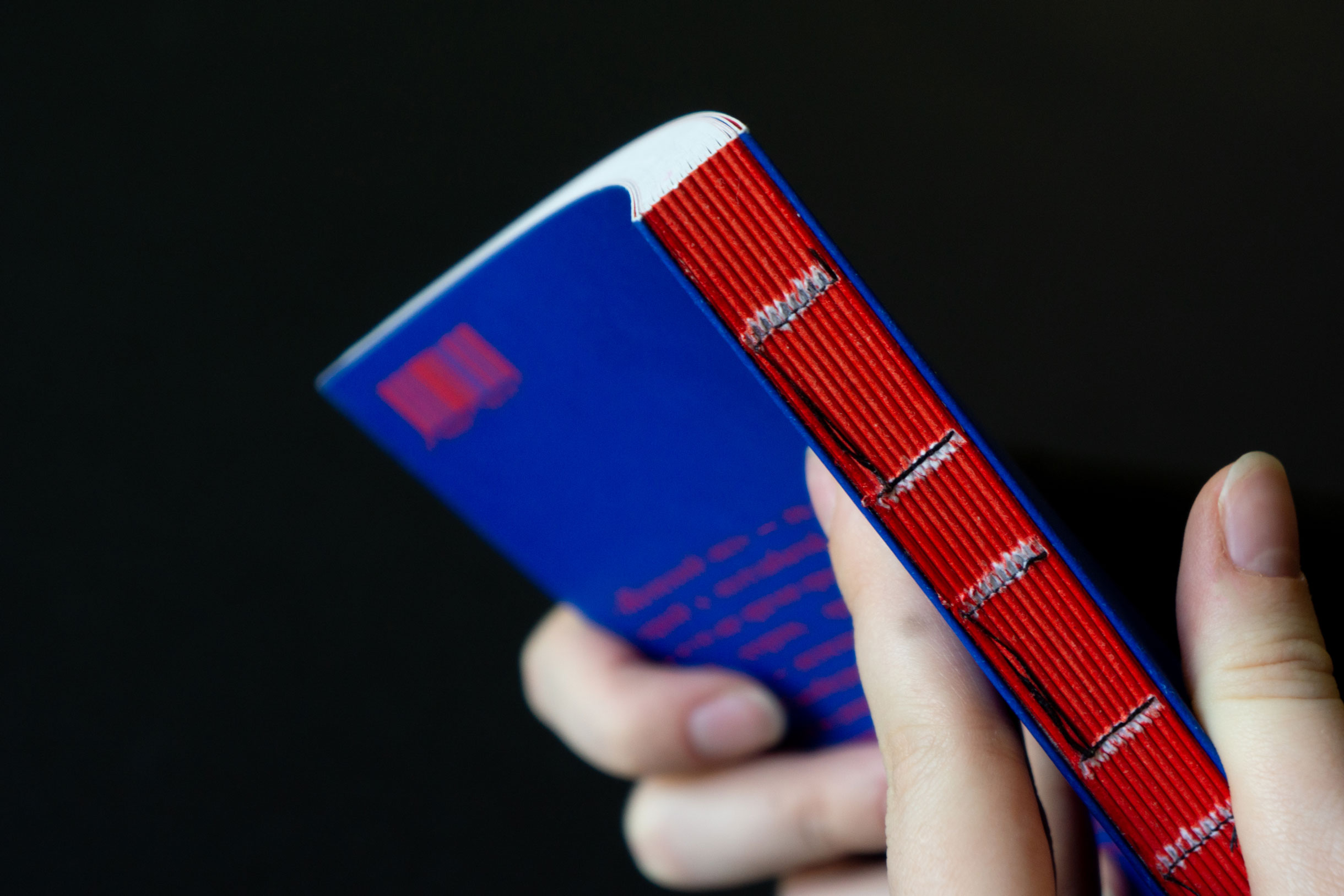 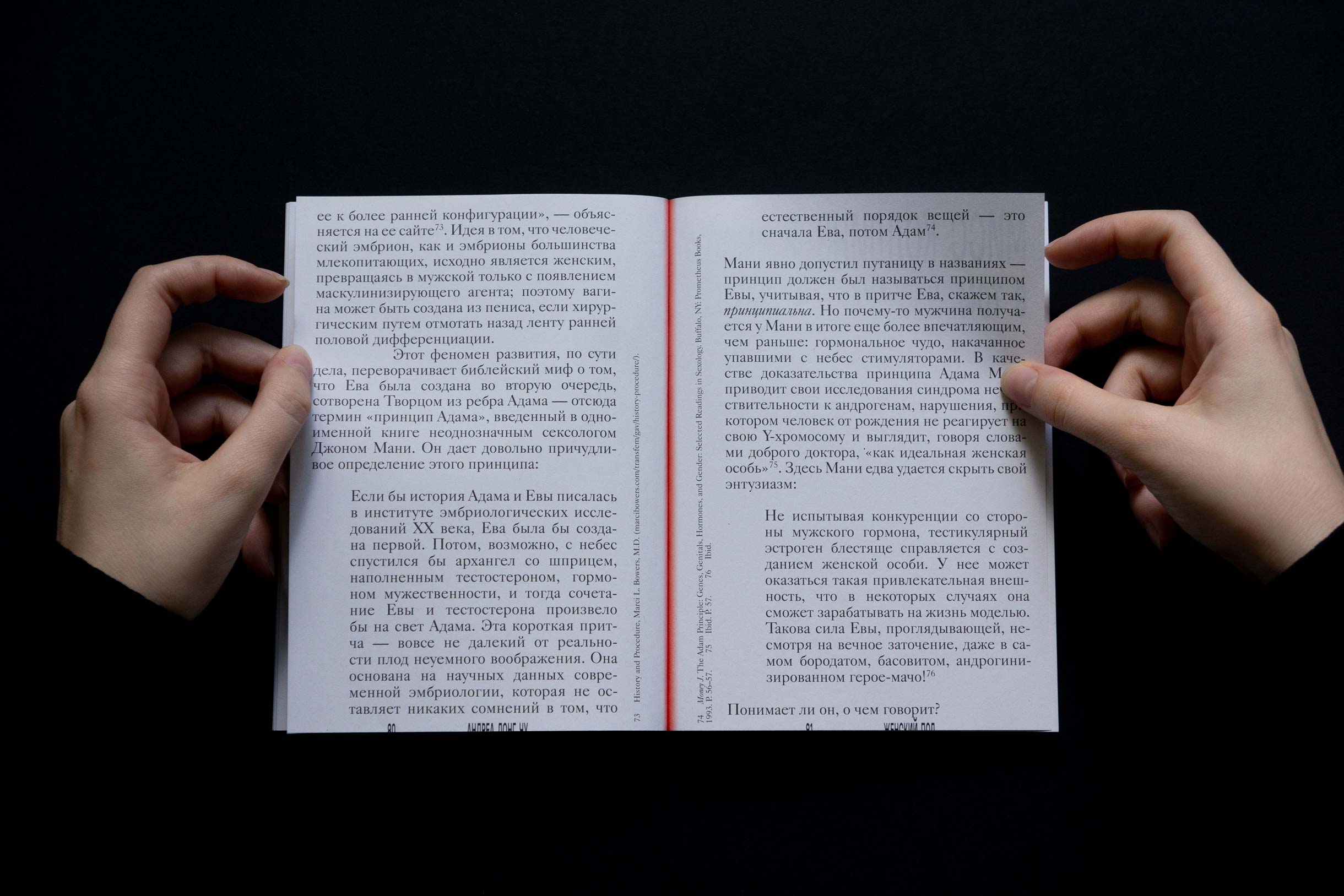 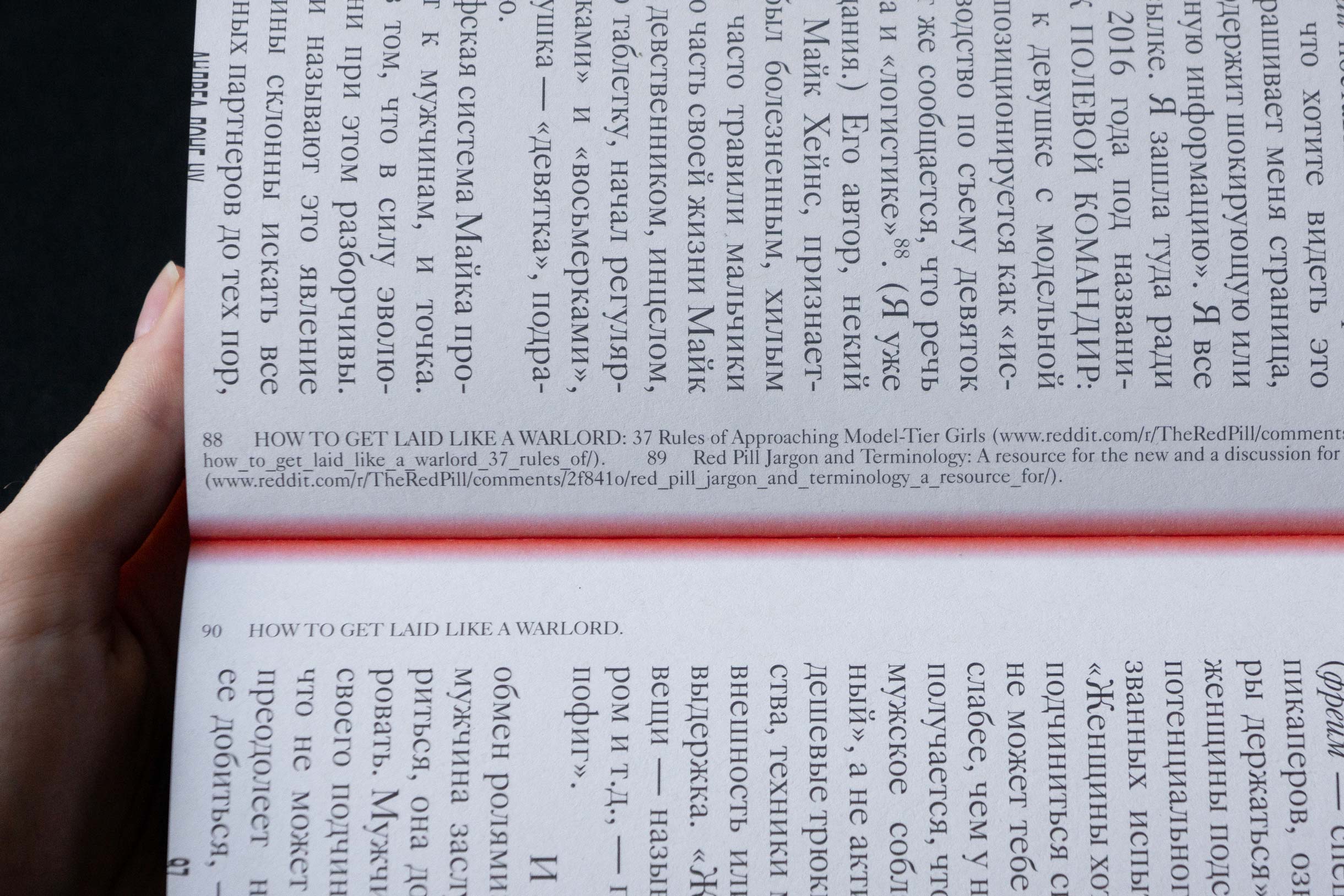 In fact, the story of Archaism is a bit funny and ridiculous. Initially, I wanted to take a typeface designed by a woman (which is a sound decision for a feminist books’ series), but I wasn’t able to find the right one. Sadly, there is not much choice. Then I thought about Transgender Grotesk from type.today’s collection — the relation is also obvious, as our book deals with gender issues. Unfortunately, it wouldn’t fit my layout either. It was then that I noticed this typeface named Anarchism — ‘what a great name for a typeface’, I thought. It wasn’t until the presentation of my layout to V–A–C Press’ publications department that I realised that the typeface’s name is in fact a bit different. I didn’t get too upset and decided to go with it.

Why Archaism? Its author, Nikita Kanarev, told in an interview that he saw this ad in a bus with the typeface extended to the entire sheet of paper — and he created a versatile proportional spacing type family out of it. I was shocked by the fact that in his work a distorted font turned into a full-featured style. As if he legitimised this distortion. That’s why I applied an extremely condensed weight; I believe it properly relates to the tone of this radical gender theory. The style is uncompromising, and has zero flirting. Precisely what you need for a book on feminism. I often see Russian-published books on the subject designed in pink and typeset in fancy typefaces, — and it seems to me that these are exactly those stereotypes that the books’ authors are trying to ruin. I had an impression that I needed the opposite of that, certain harsh typography. In Archaism, this roughness manifests itself in the reverse contrast and a certain unconventional form which originates from function. When we see such distortion in a public transport advertisement, no one ever questions what happens to the letters, they are just put to fit the size of a piece of paper, that’s all — pure efficiency. And, of course, such a typeface works great in contrast with the serif, as the serif is as conventional as it can get. Also convenient that it’s rectangular. Either way, it fitted in very naturally. 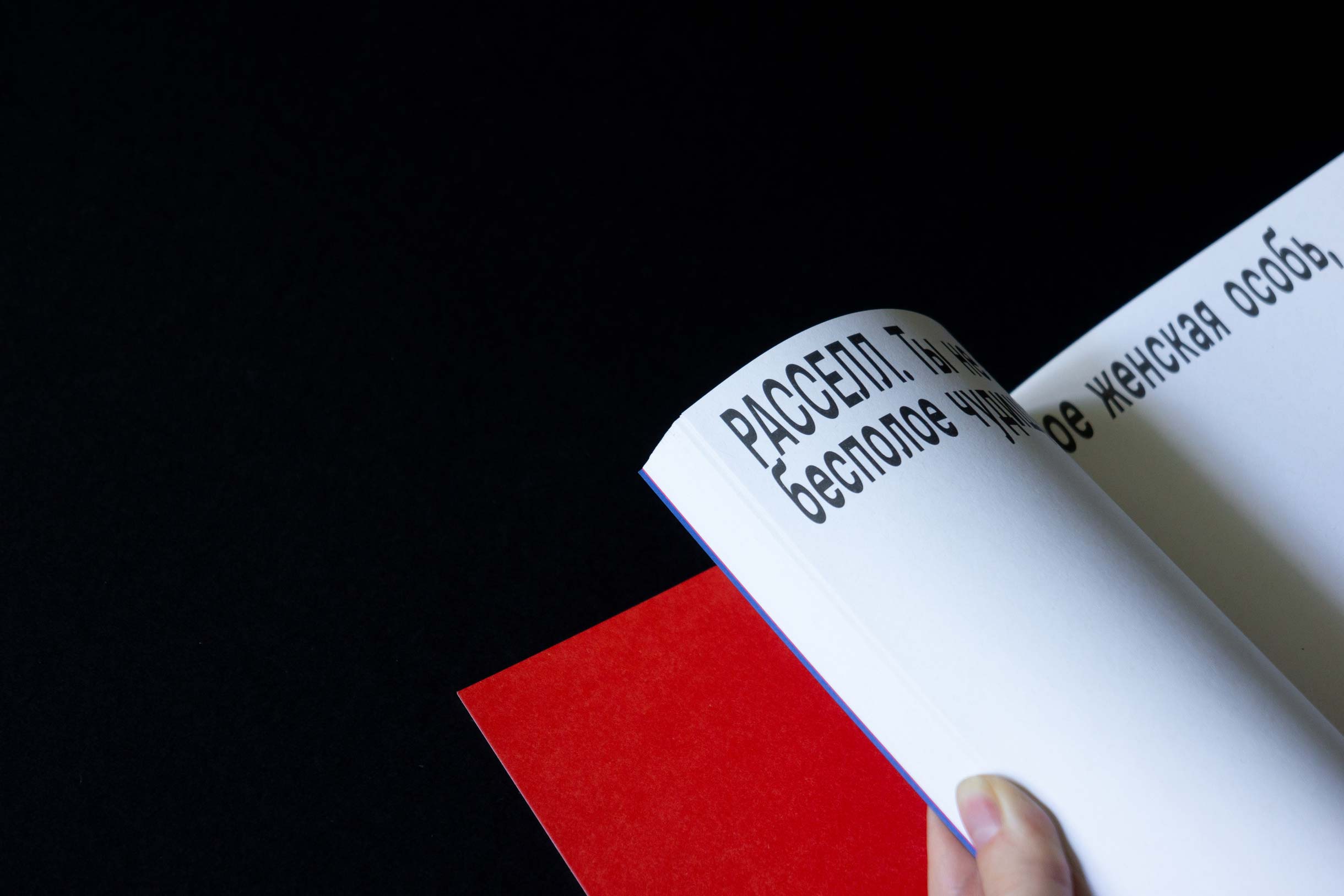 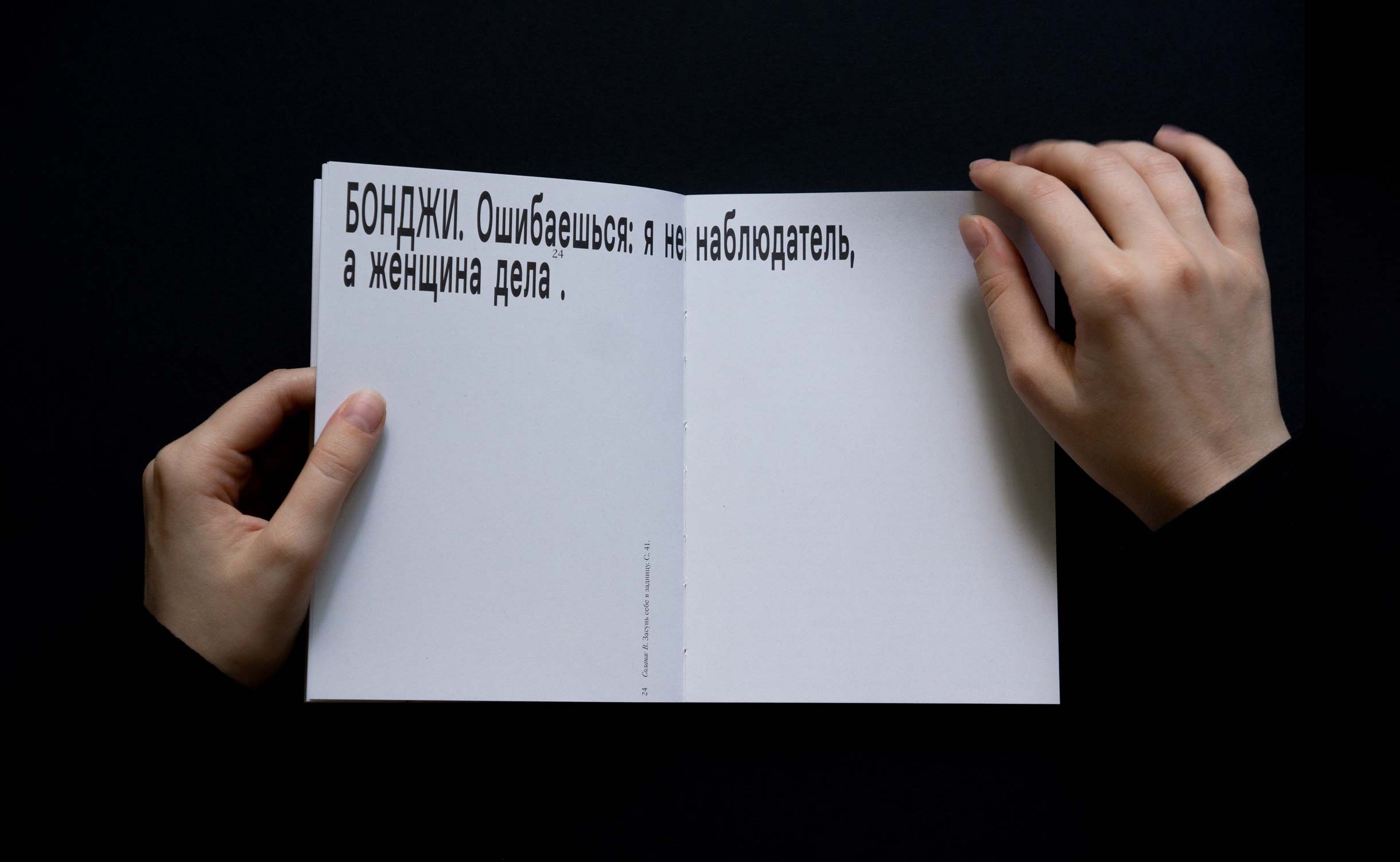 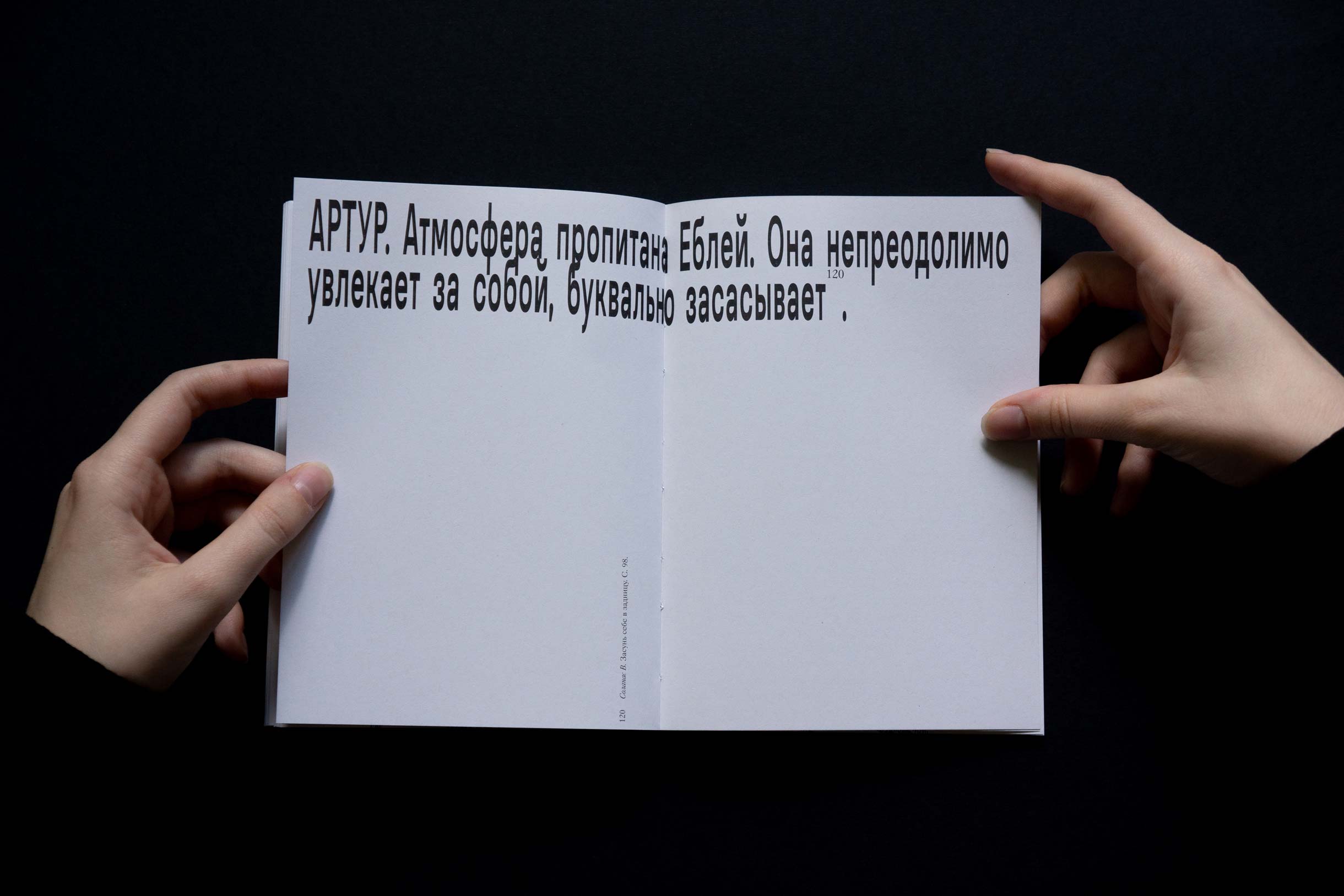 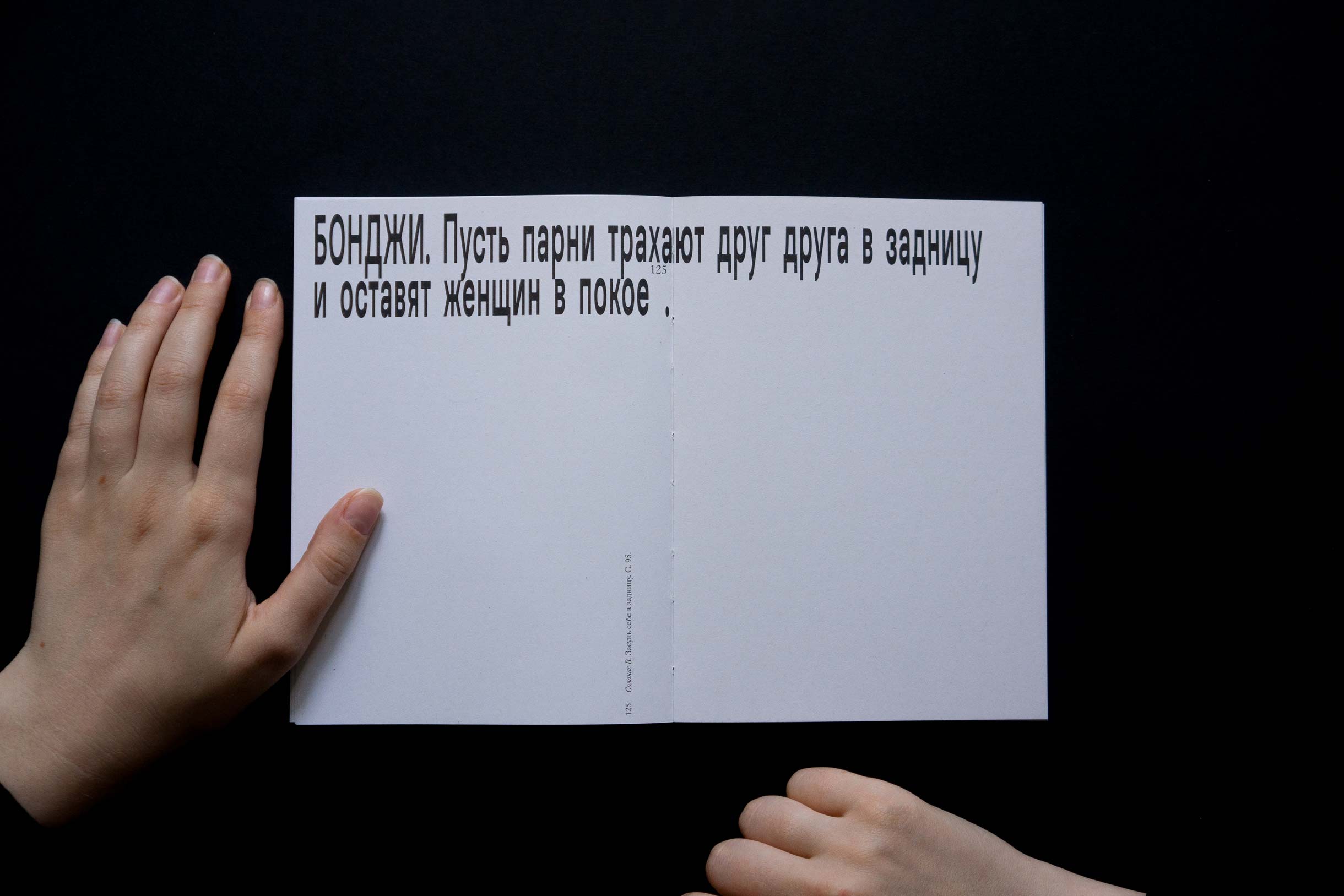 About the social in type

It’s not that I do research on the origin and the name of a typeface for my each project — it seemed important to make a more informed choice for this book. I am intrigued by distortion phenomena, including in type: how, why is this happening? Personally, I tend to interpret the current trend for deformed typefaces, this striving for ugly, as a certain emancipating gesture. I understand this pleasure of applying an abnormally condensed or extended typeface; I’m trying to view it from a social perspective. Probably, the desire to ruin the classical typeface arises when (and where) you need to make way for a new era in type design. Typography should reflect reality, and for that we need to find a new language. The reality is not that polished and brushed-up as those fonts we are used to working with in Russia. And I hope what we are now seeing is a societal change — against all kinds of shaming and blaming. Your tomorrow type.today tab, I think, also reflects this process: we see new, weird typefaces arriving. We see the demand, the need for ‘ugly’ typefaces, and it feels like even in perfectly designed classic type families we prefer to consider their faultiness, look into their imperfect side. Actually, today it is no longer possible to speak of ‘ugly’ typefaces, not anymore, — it’s not ugly, it just doesn’t belong here. To me this consideration is consonant with an idea that there are no wrong people, there are different people. A kind of socially responsible approach to the choice of typeface — its wider use would be appropriate and just great. 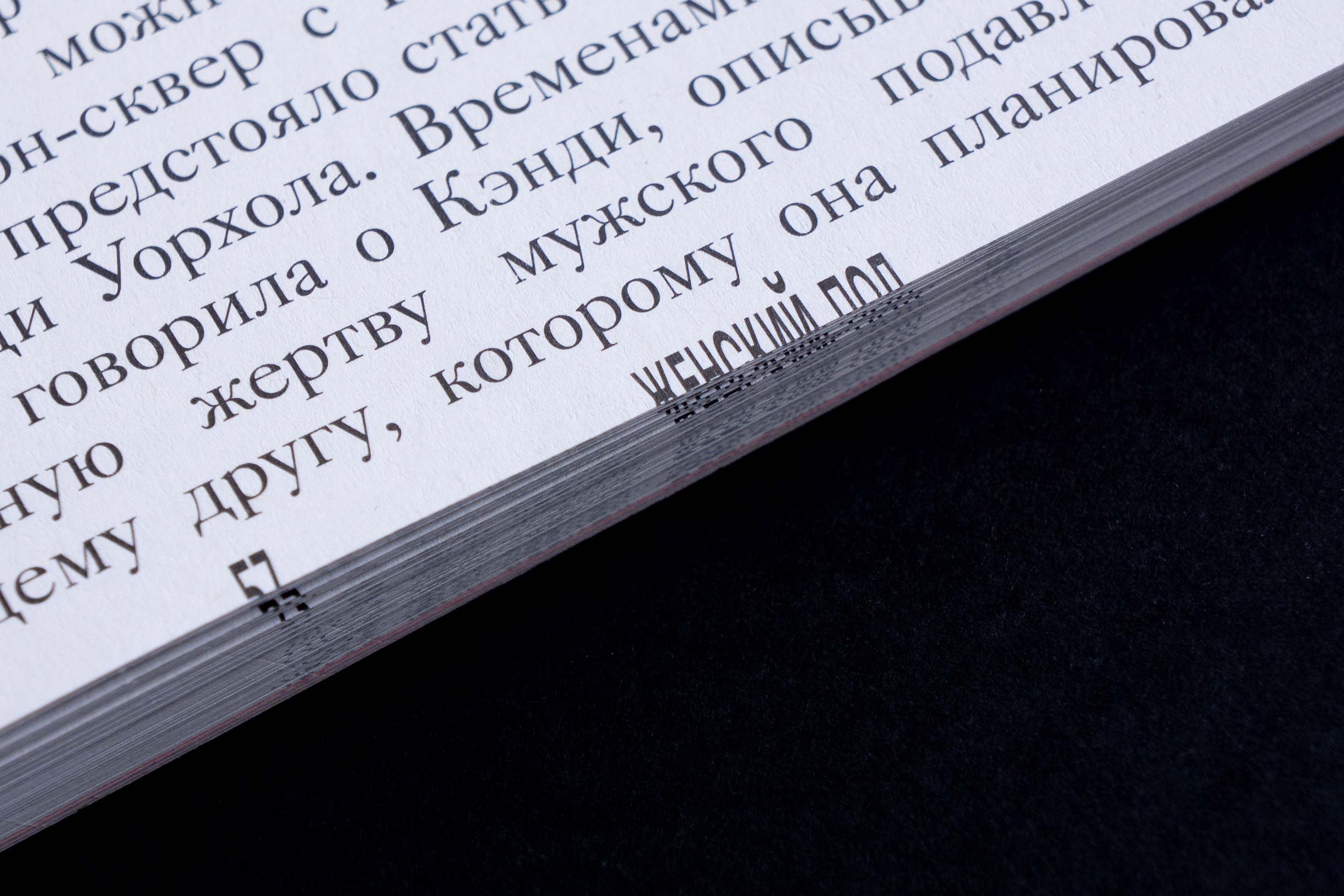 On the choice of typefaces

I wouldn’t say that I watch closely the trends in type and new type releases. When a commission arrives, I visualise in my head what I need and go from there, not just look at images and think, ‘well, that is a nice typeface, I guess.’ Though, that does happen too — you see a typeface and you cannot wait to apply it. I feel that it is far more useful for a designer to just look around. To keep your eyes open. It often happens that work deadlocks get solved through a simple walk. Suddenly, you notice a sock fallen out of a garbage can, and it is the very same colour you’ve been desperately looking for. Or, there’s a stick lying right under your feet, and you think, ‘Oh, there is this form! I need a typeface of the exact same shape’. Besides, in Russia we have a beautiful typography around us, it’s just mad, an endless sea to inspire you. I don’t design typefaces myself. There was this only one that I made during my studies at Tarbeev’s class — it turned out to be quite mediocre, I really shouldn’t design typefaces. However, thanks to this experience I understood how type works, and this is valuable information. I believe that anyone involved in typography needs to take at least a micro course on type design — not to start drawing typefaces, just for getting an idea on how they work.