Vesterbro is a versatile typeface built for global communication. The fonts may be used for a wide range of design projects, including branding and identity design, editorial design, and even advertising or packaging design.

Vesterbro is a versatile typeface built for global communication. The fonts may be used for a wide range of design projects, including branding and identity design, editorial design, and even advertising or packaging design.

Its name comes from Copenhagen’s Vesterbro district, where the city had its old western gate. The family’s six weights are tied together by their stroke-contrast. Vesterbro combines characteristics from both the Garalde and Scotch models; while the typeface’s serifs are Scotch, the angle of stress in the letterforms is diagonal. The terminals on the lowercase ‘a,’ ‘c,’ and ‘f’ are noticeably calligraphic; they look like foxtails – or in keeping with the Nordic theme of the typeface’s name, like the horns on Viking helmets.

The Vesterbro family encompasses two different, but complementary designs. The heaviest font is Vesterbro Poster; this was designed first and is intended for use in the largest sizes. While working as a stand-alone font, Vesterbro Poster can accompany the rest of the family, too. Thanks to its diagonal stress, it has more warmth than the so-called ‘Fat Faces’ – typical high-contrast serifed display types, rooted in the Didone style. Vesterbro Poster’s letterforms have organic shapes and a very generous x-height, combined with small counterforms and short serifs.

The other five Vesterbro weights, which range from Light through Extrabold, form a cohesive series of their own. They can be combined with each other in a wide number of sizes. The lighter-weight letters have less contrast, as well as more-regularised counterform sizes. Their serifs are more pronounced. The Vesterbro family’s character set supports both the Latin and Cyrillic scripts. It also includes several styles of numerals and ligatures, as well as a full complement of arrows. Vesterbro come from Black[Foundry] in Paris; it was begun by Jérémie Hornus and developed collaboratively with Alisa Nowak and Ilya Naumoff. 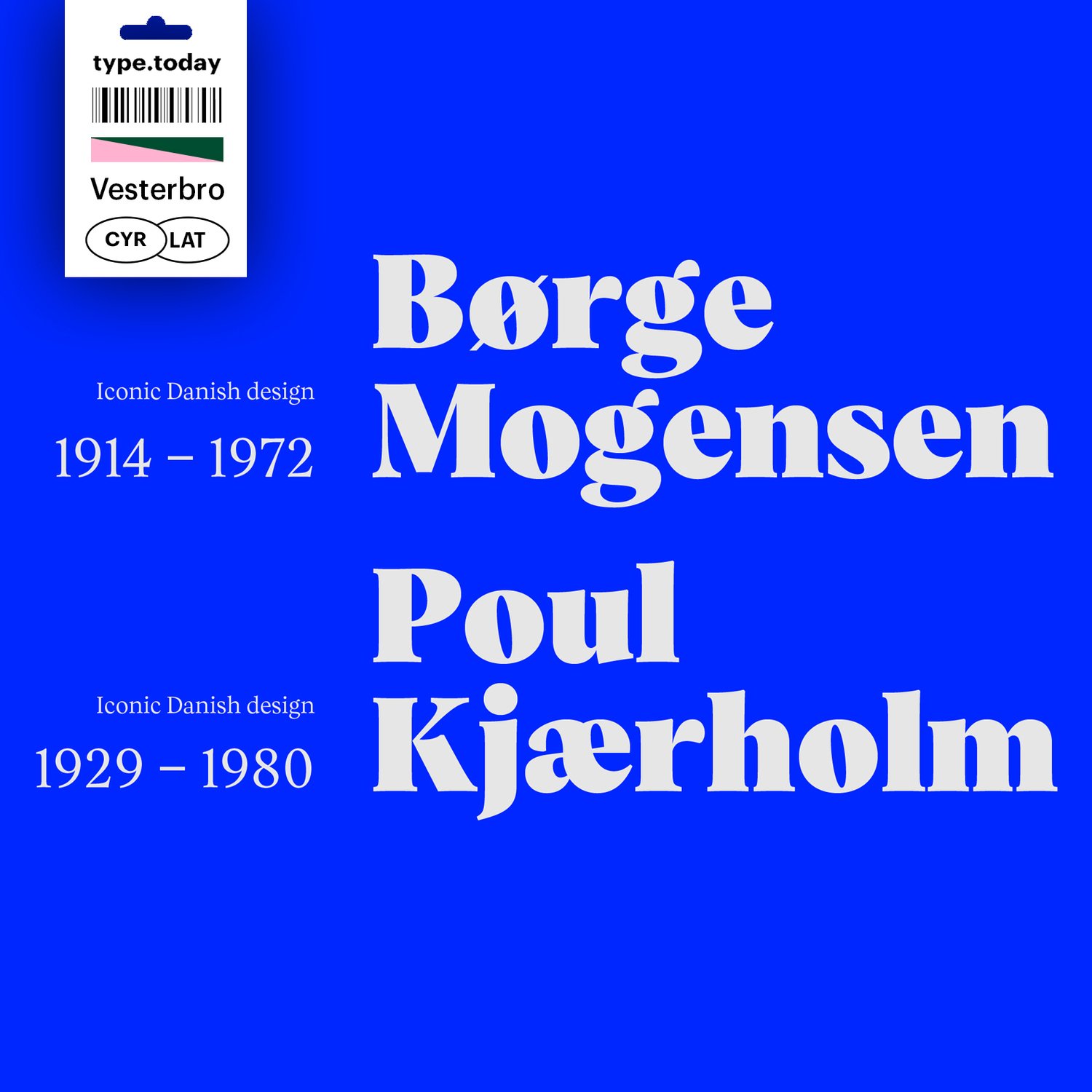 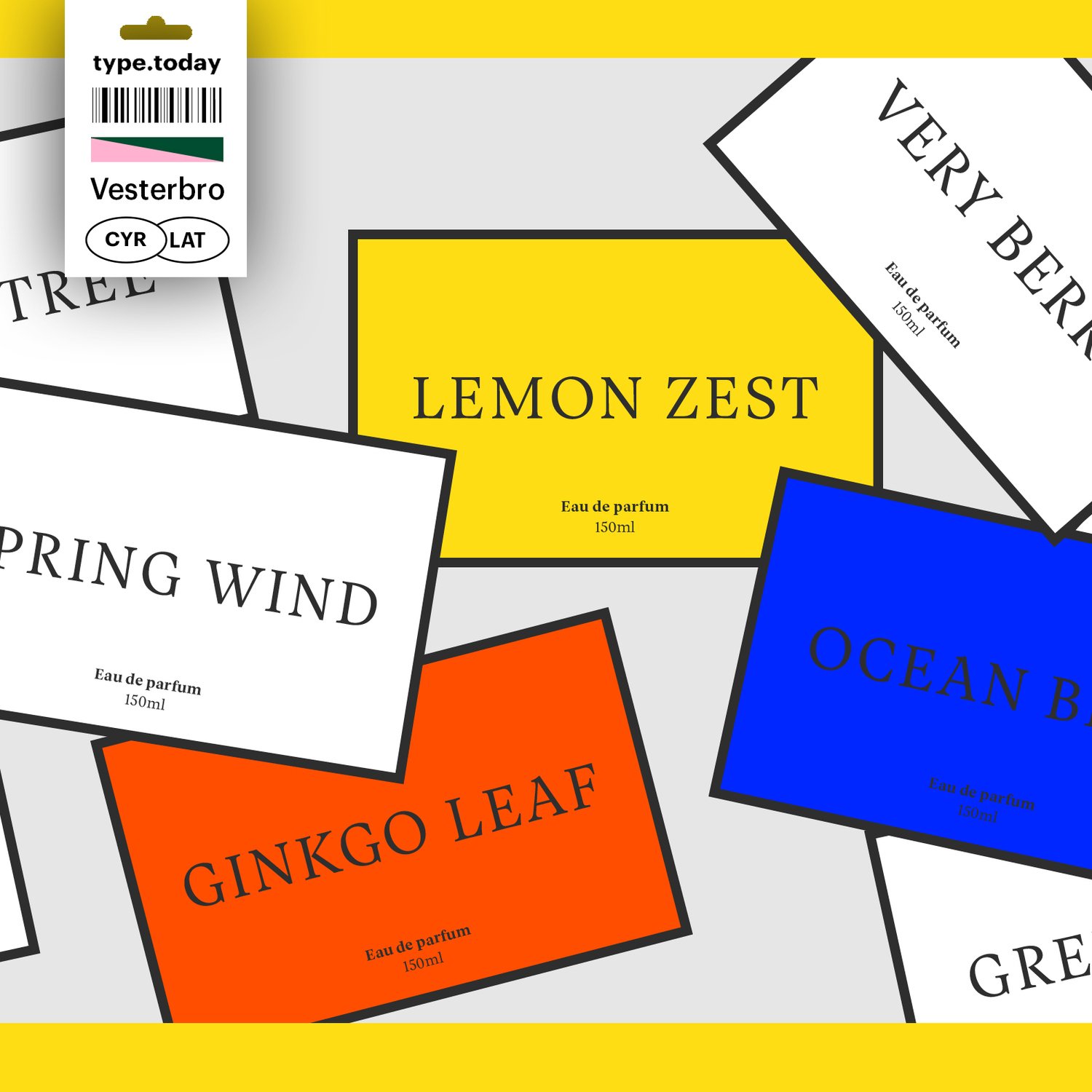 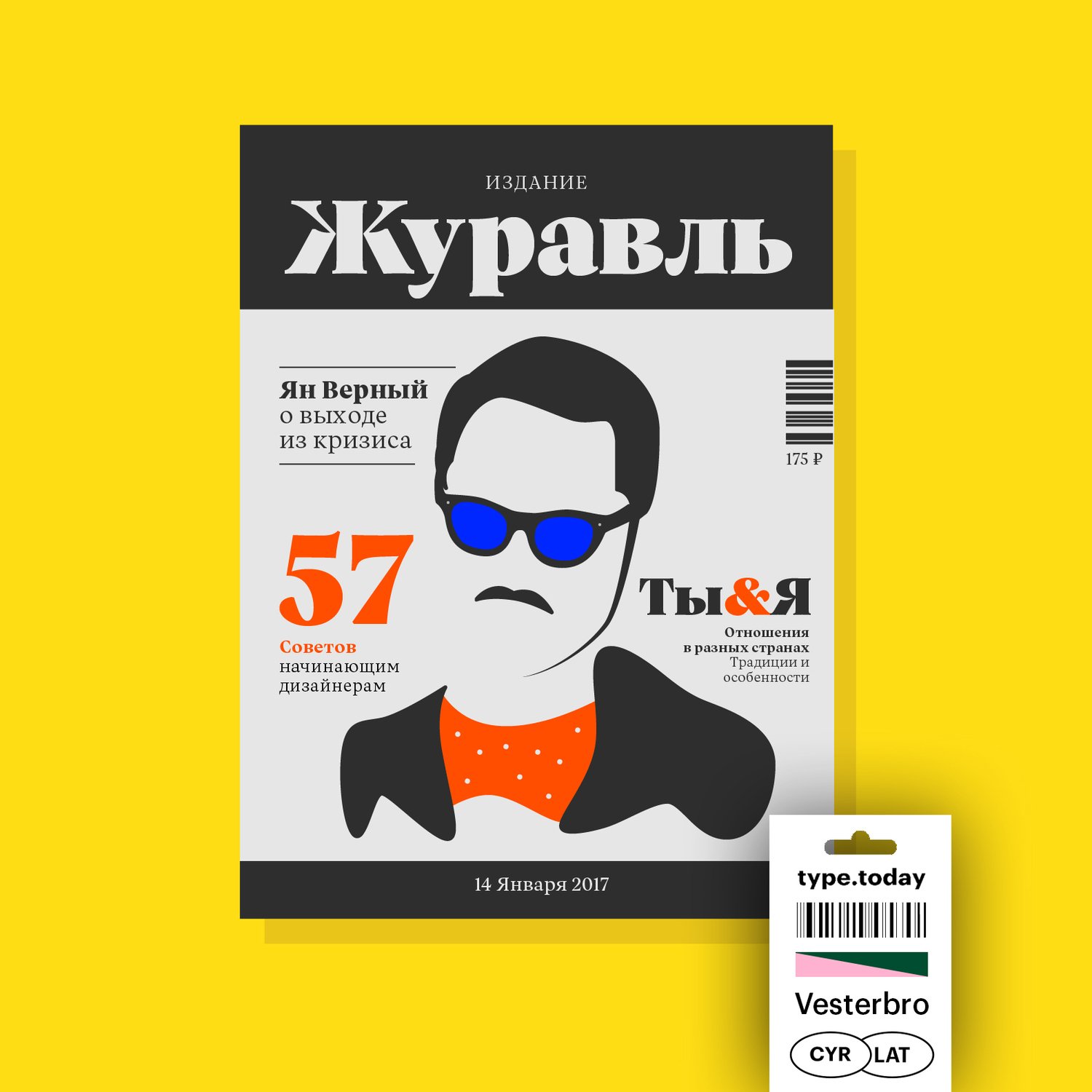 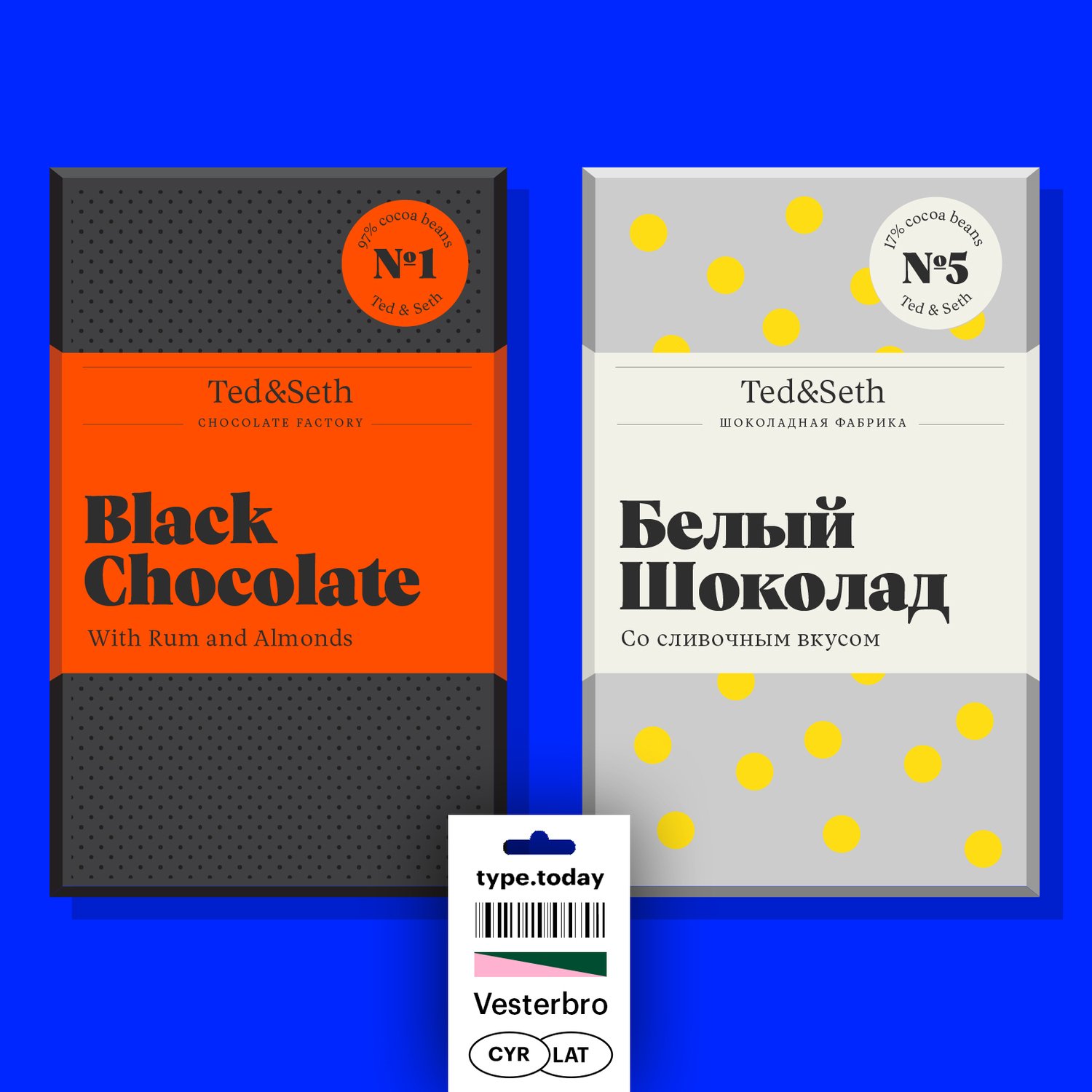 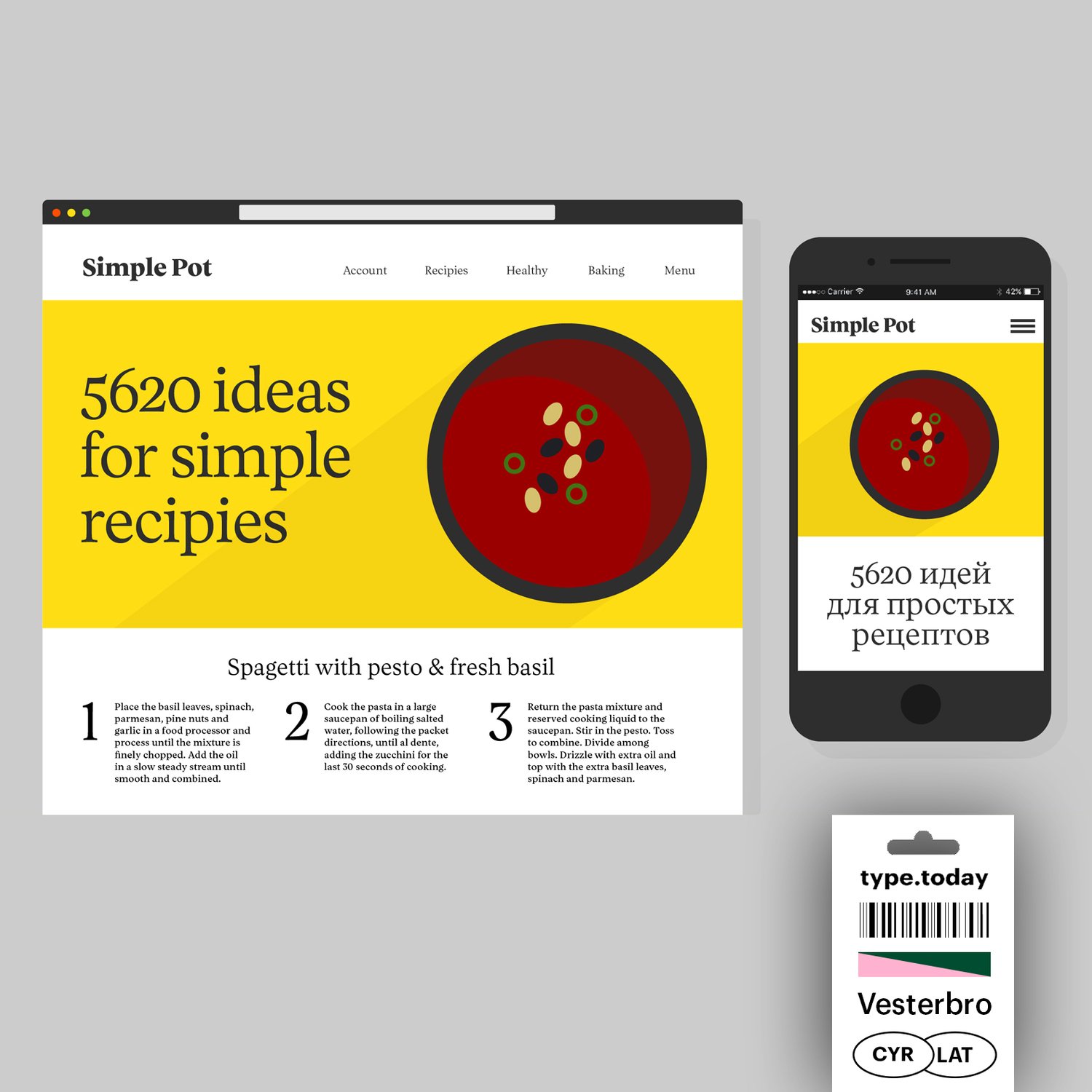 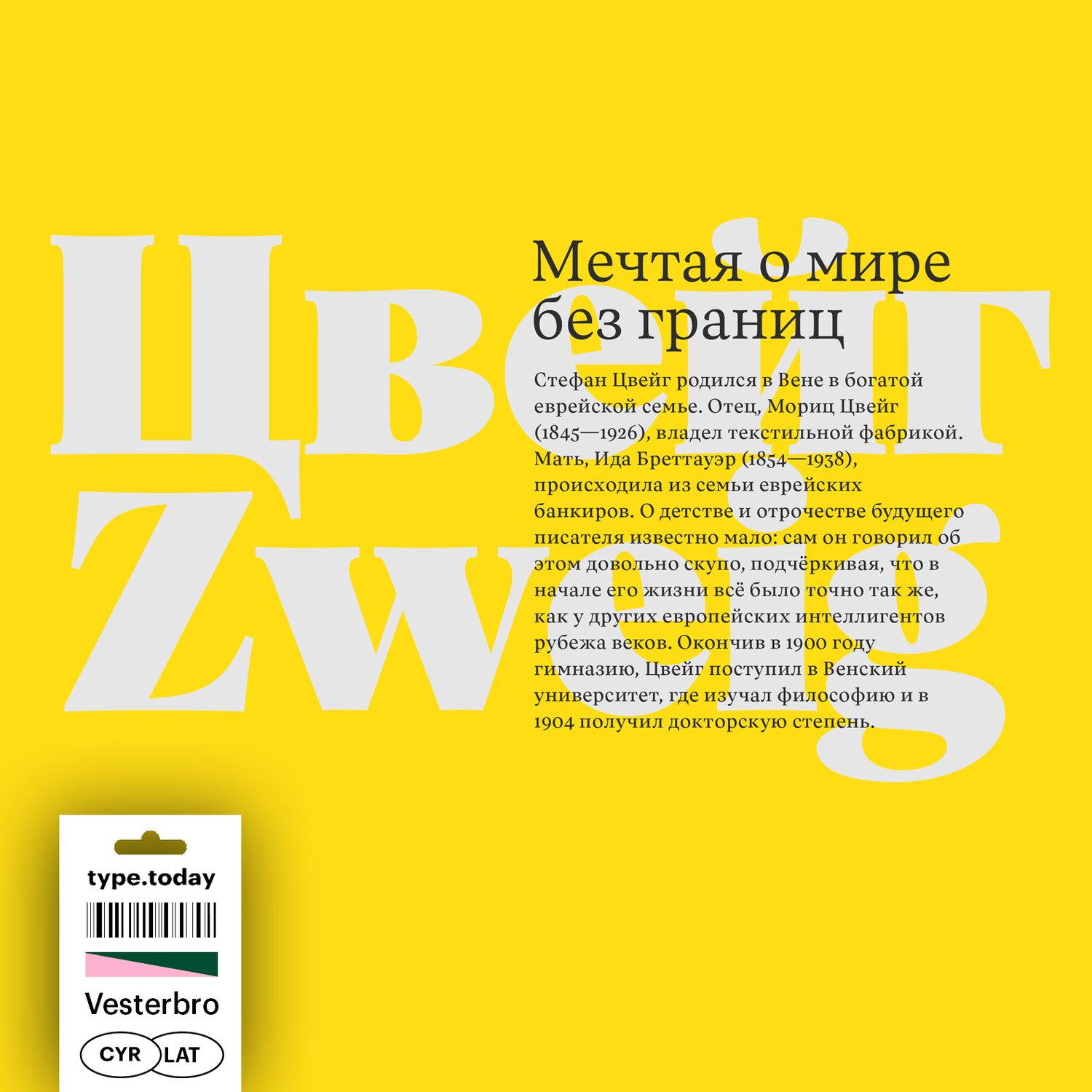 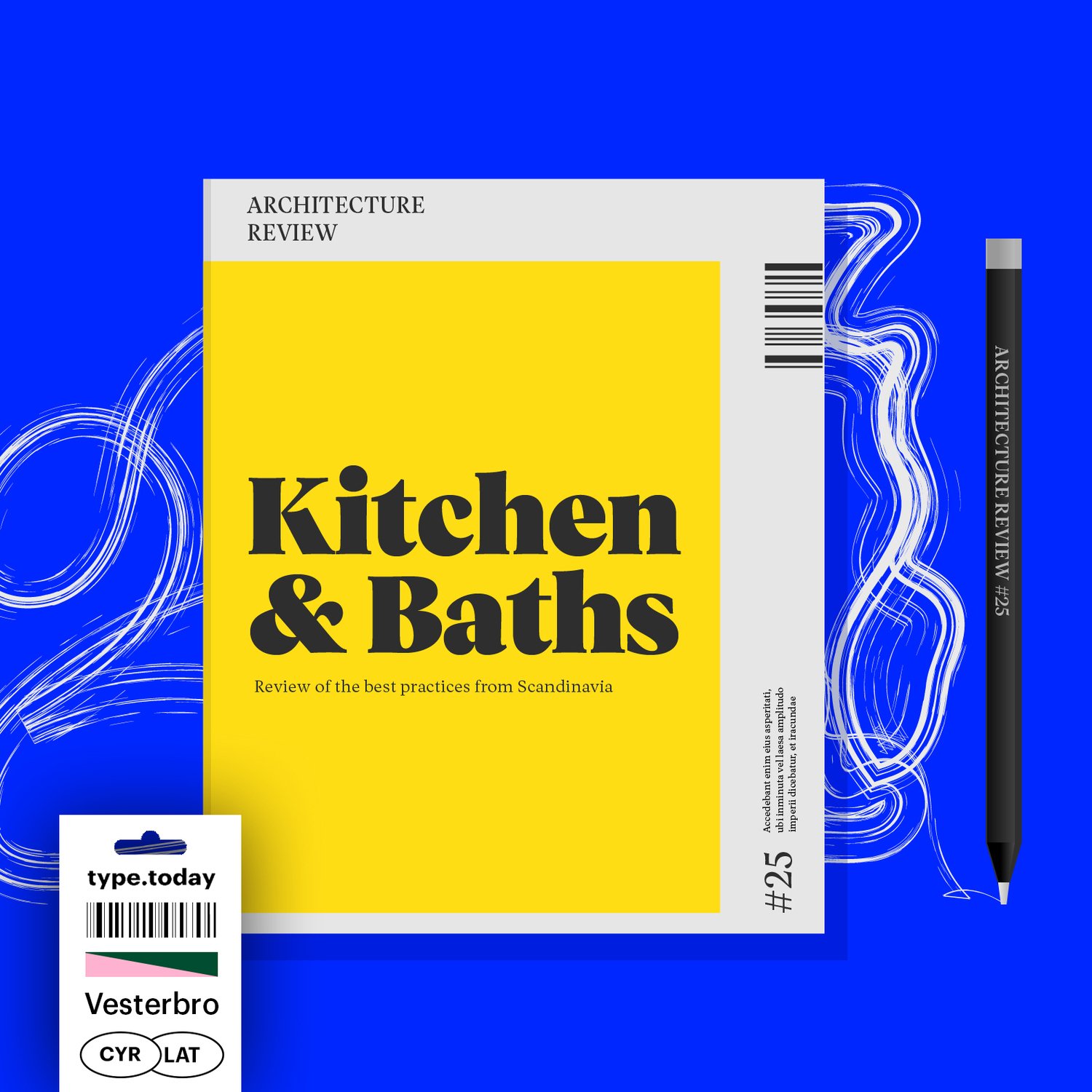 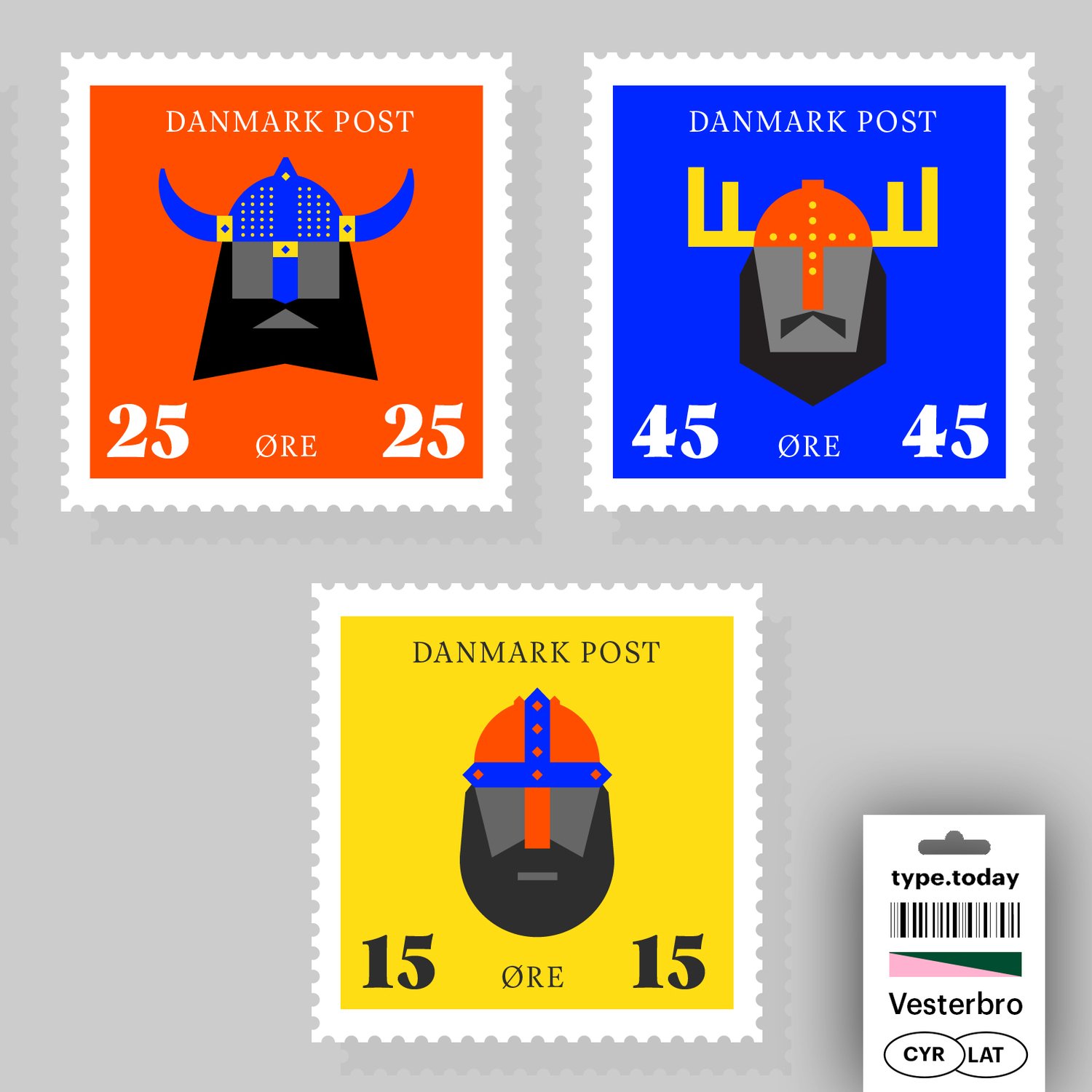 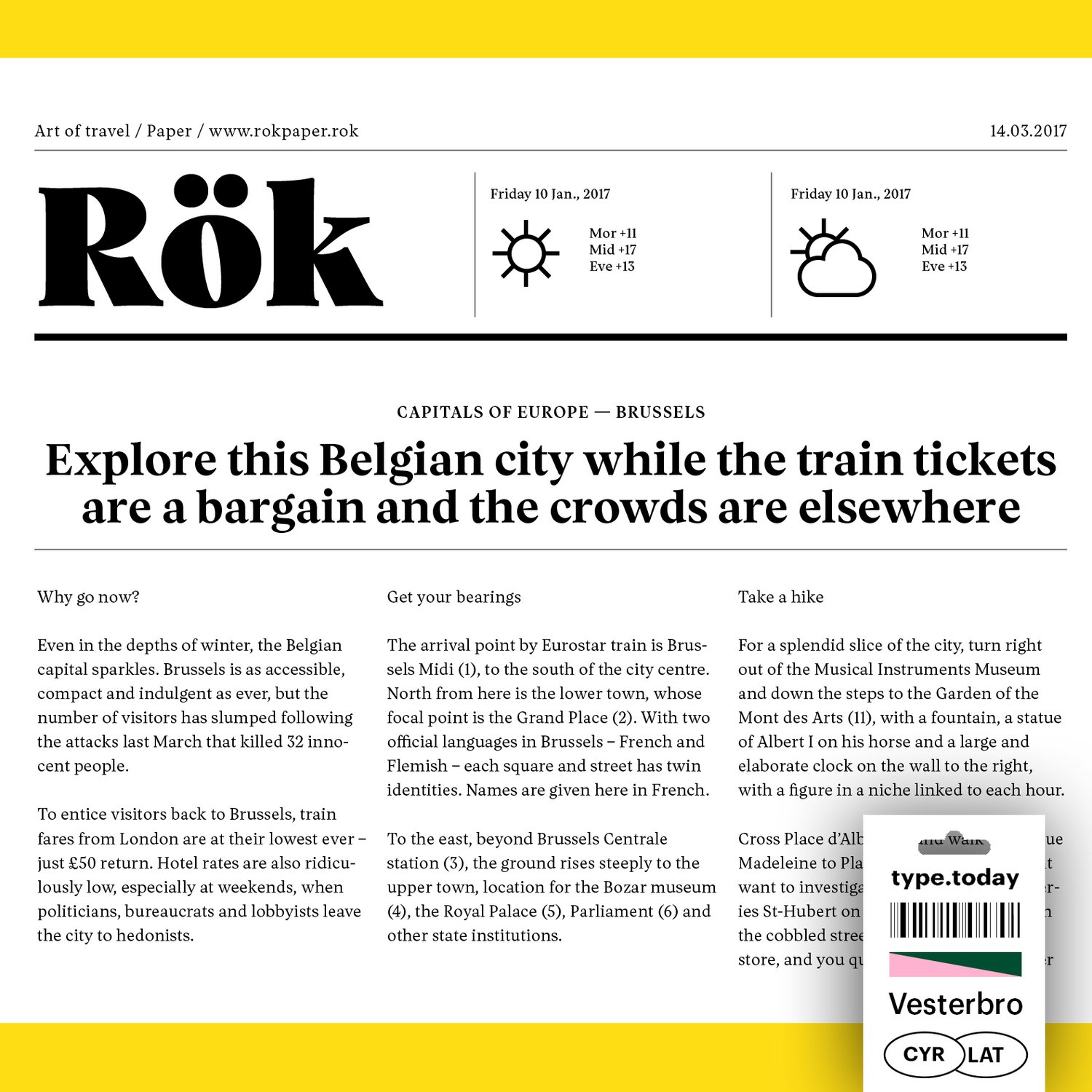 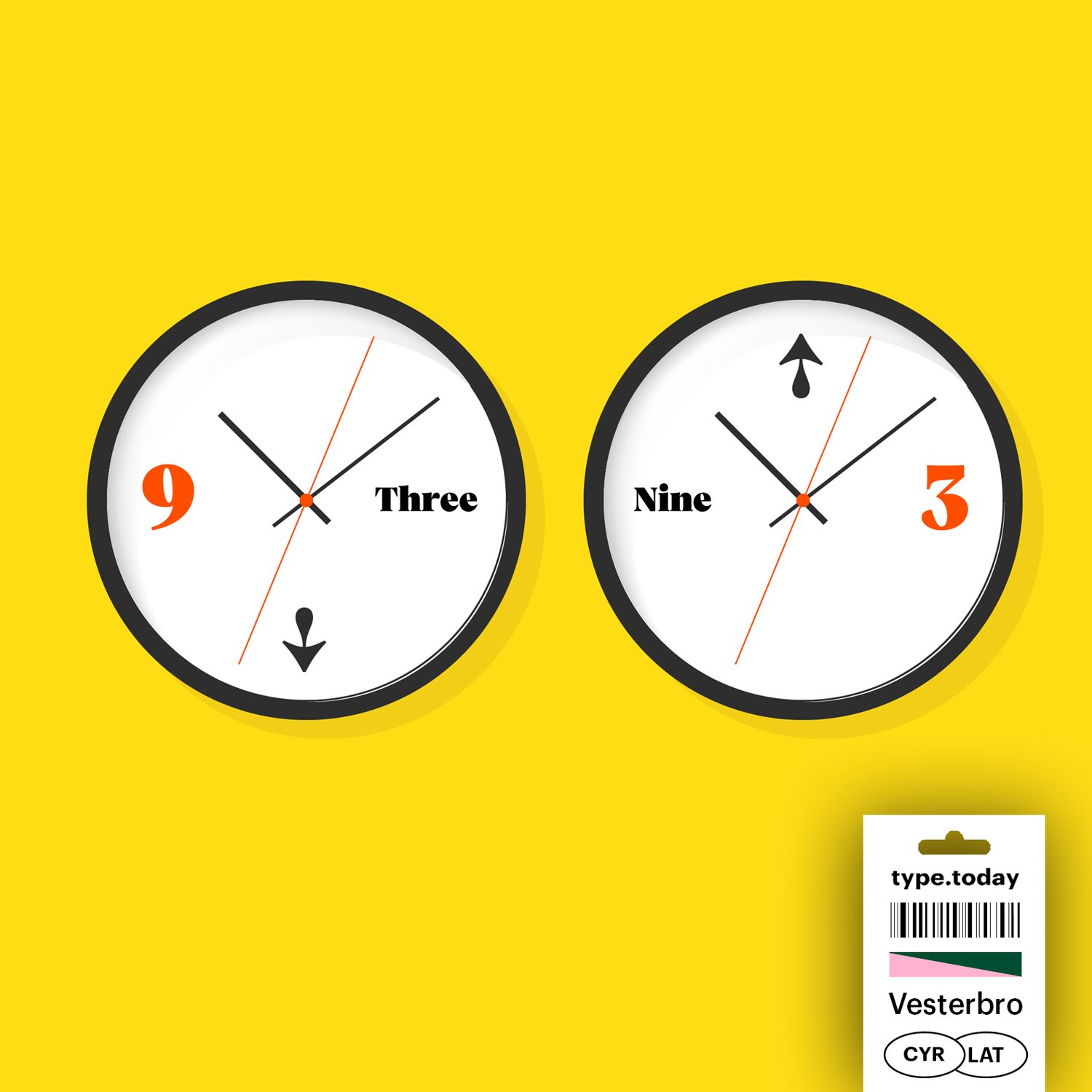