The CSTM Xprmntl 02 font family is another representative of the “quick fonts” series at type.today

This experiment unites three completely different fonts in one family: Regular, an ultra-closed sans serif with exaggerated, curling stroke endings; Italic, a contrast serif with deliberately straightened strokes of diagonal glyphs; and Bold, a rough sans serif with an inverted contrast of strokes and proportions. Xprmntl 02 is yet another take on the issues of type compatibility. What if we try to combine seemingly incompatible graphics – fonts of different classification categories, with different personalities and styles – in one space?

Just like the first Xprmntl, CSTM Xprmntl 02 was created in real time at the CSTM Fonts Telegram channel, and its subscribers could watch the process online. The three styles of Xprmntl 02 use the same case, but the Cursive has been enhanced with two sets of swashes for capital letters. For CSTM Fonts, this is the first typeface that supports Georgian, and we would like to thank Alexander Sukiasov, a designer from Tbilisi, for his invaluable advice. 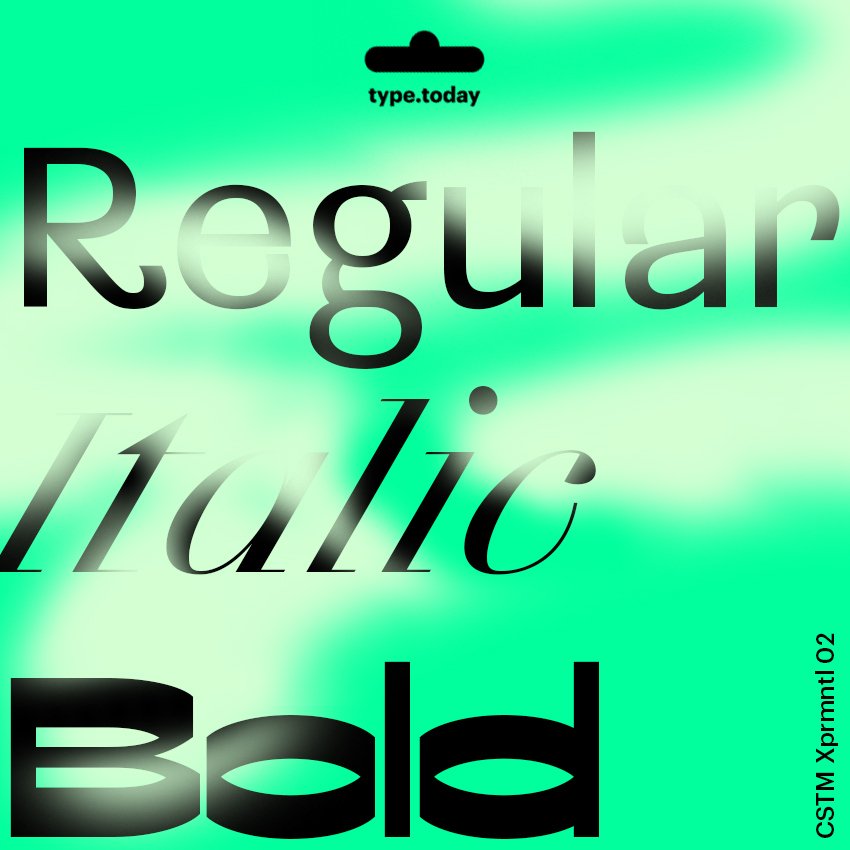 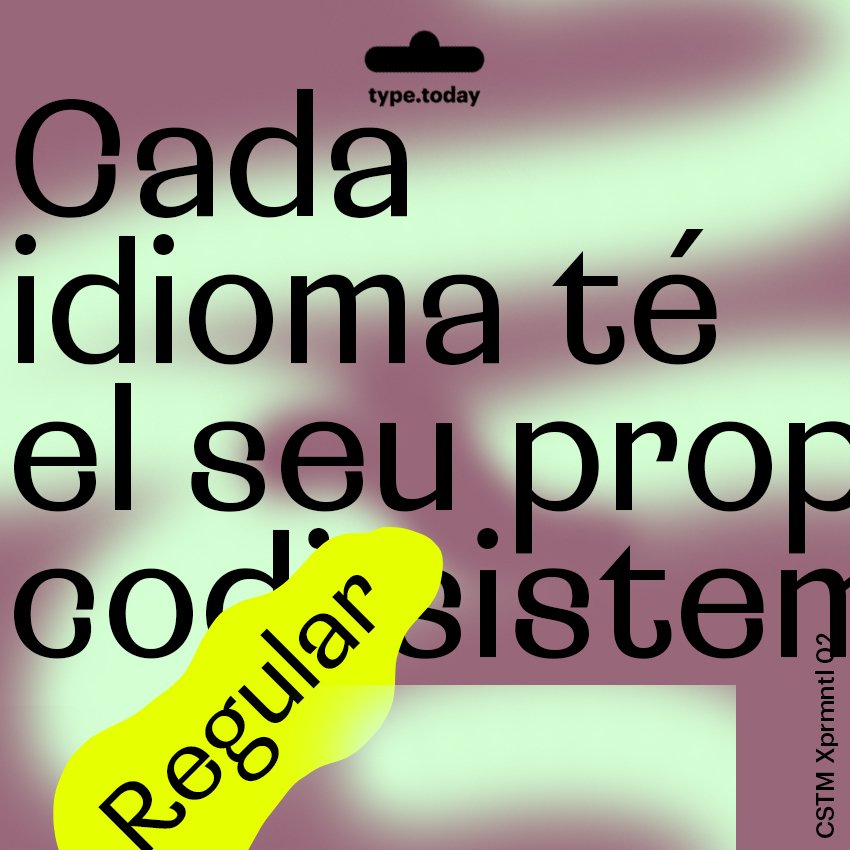 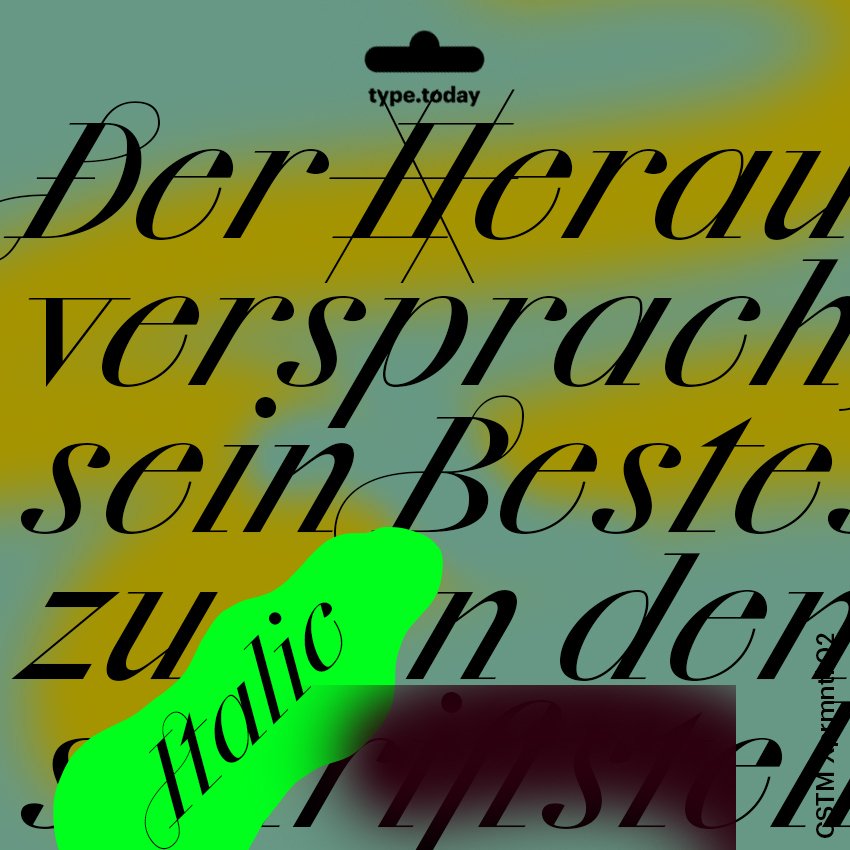 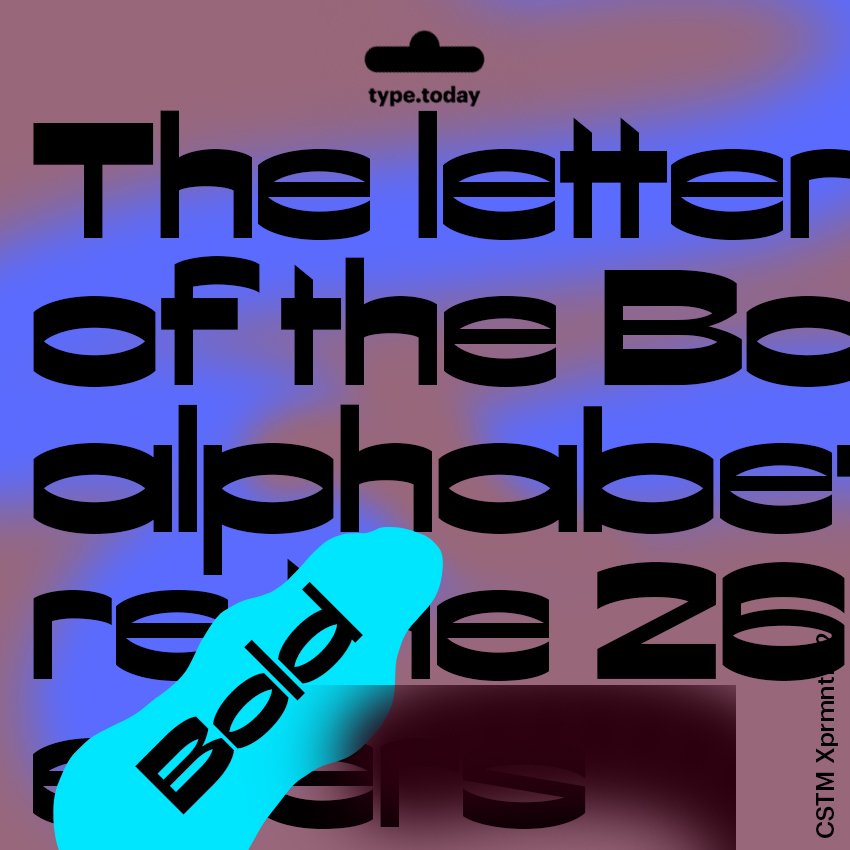 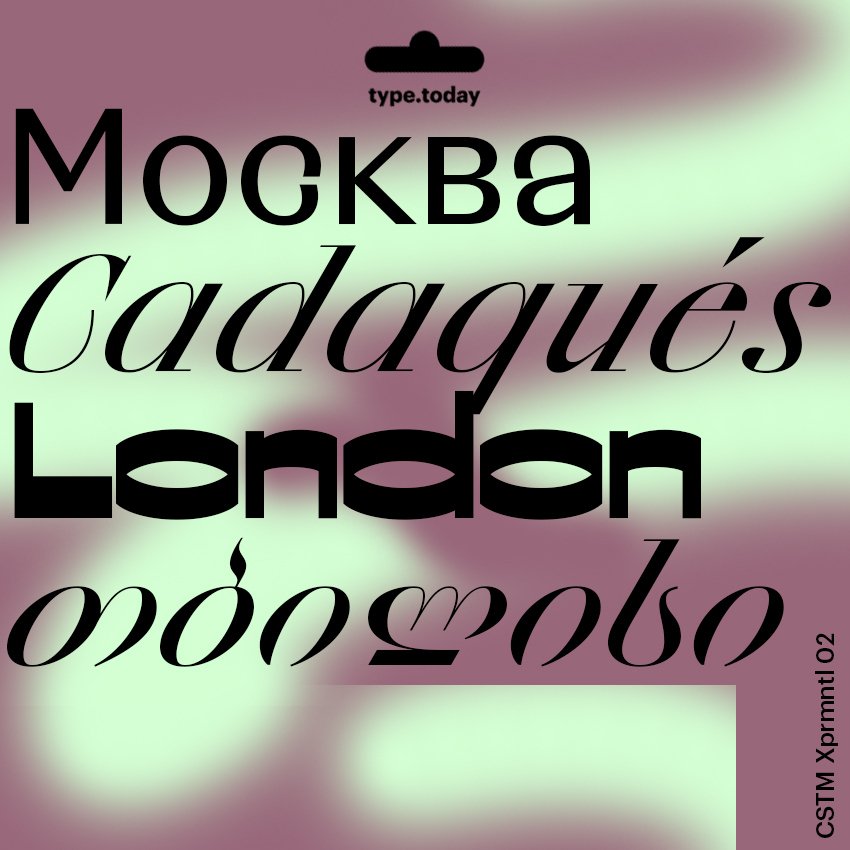 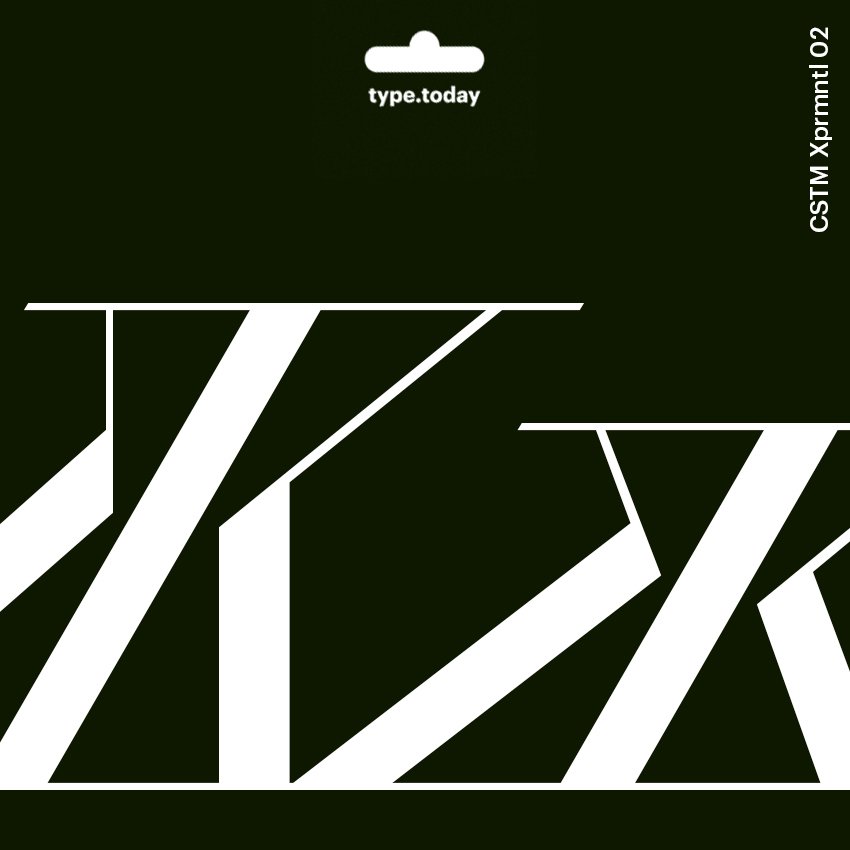 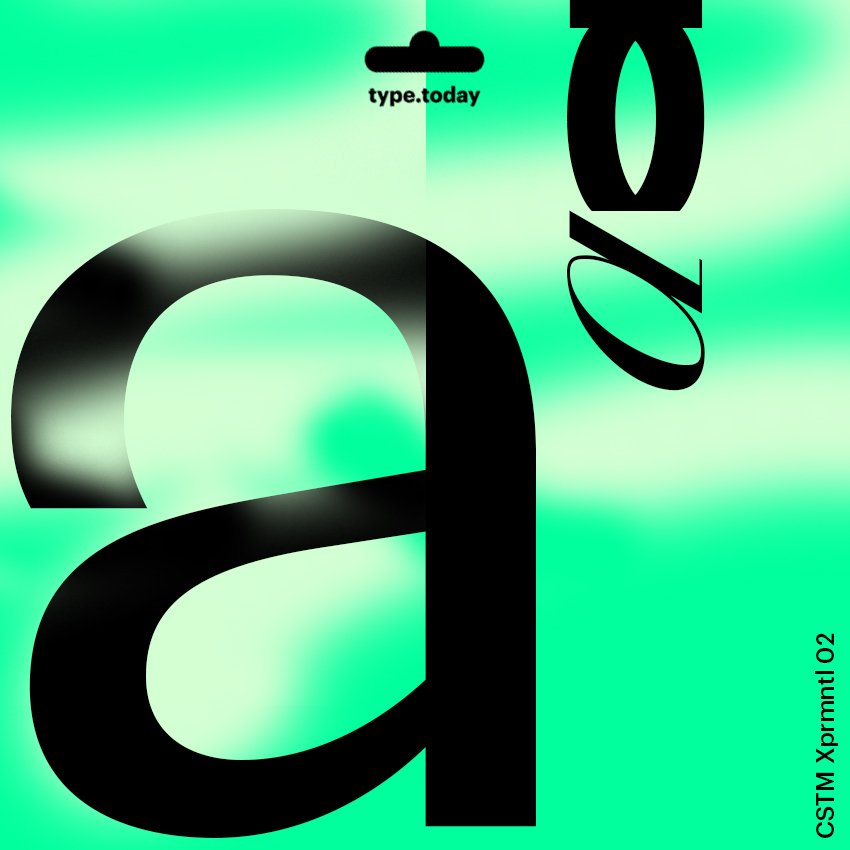 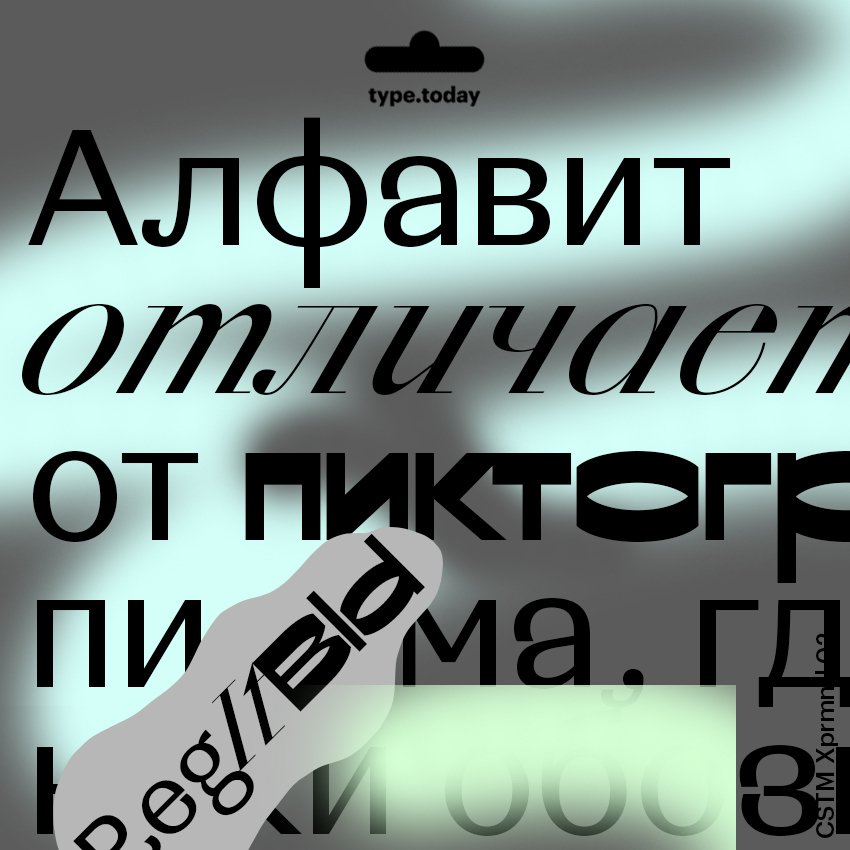 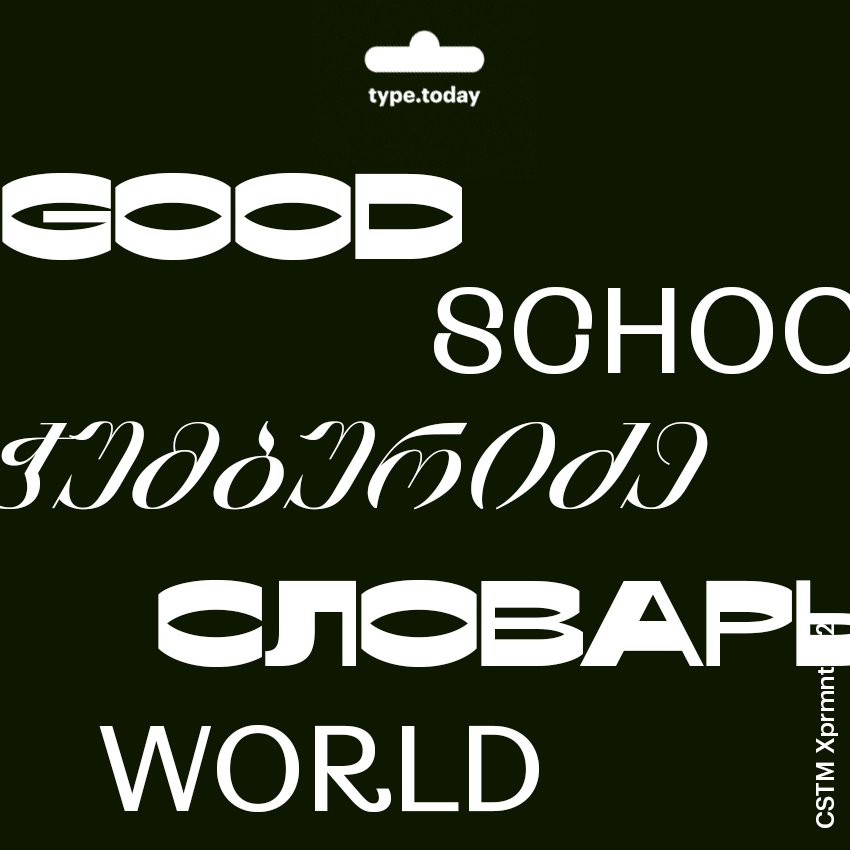 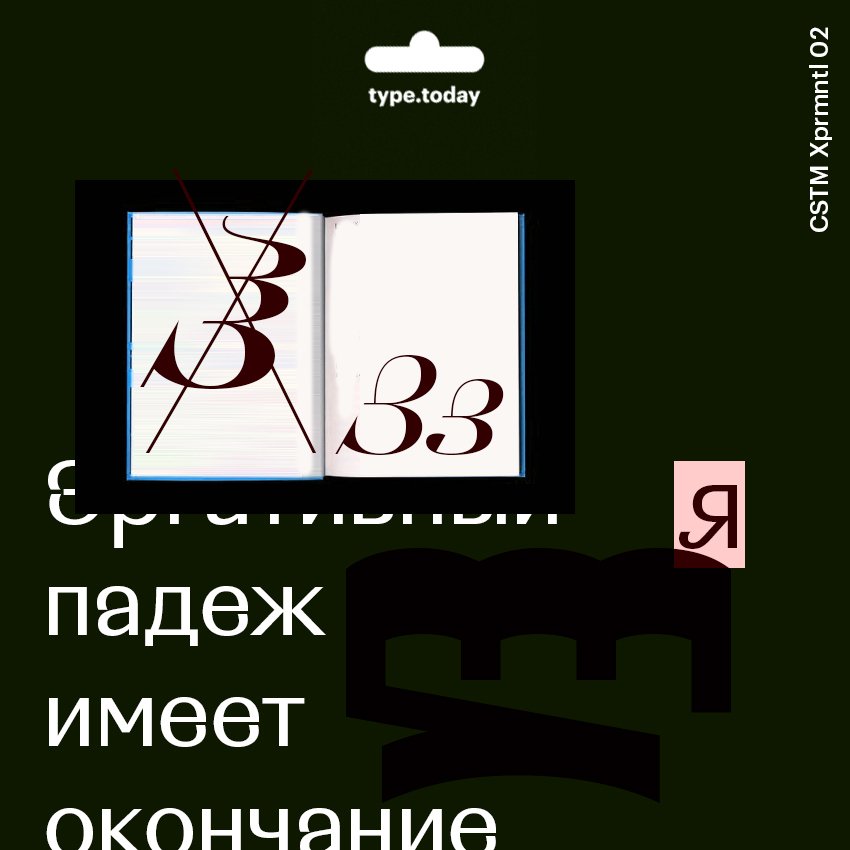 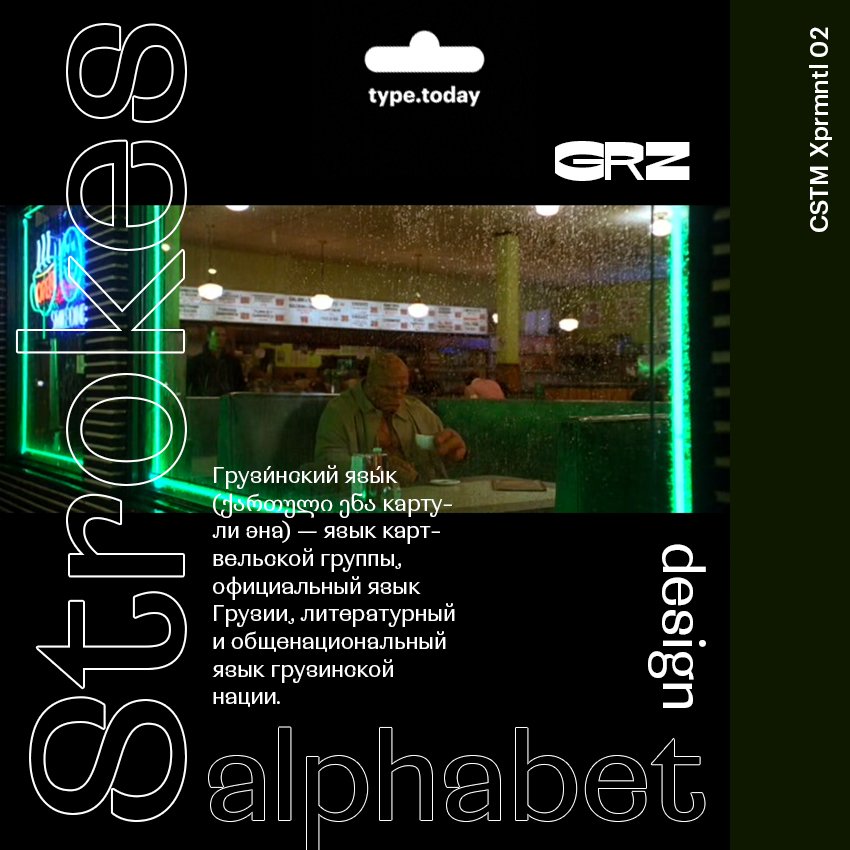 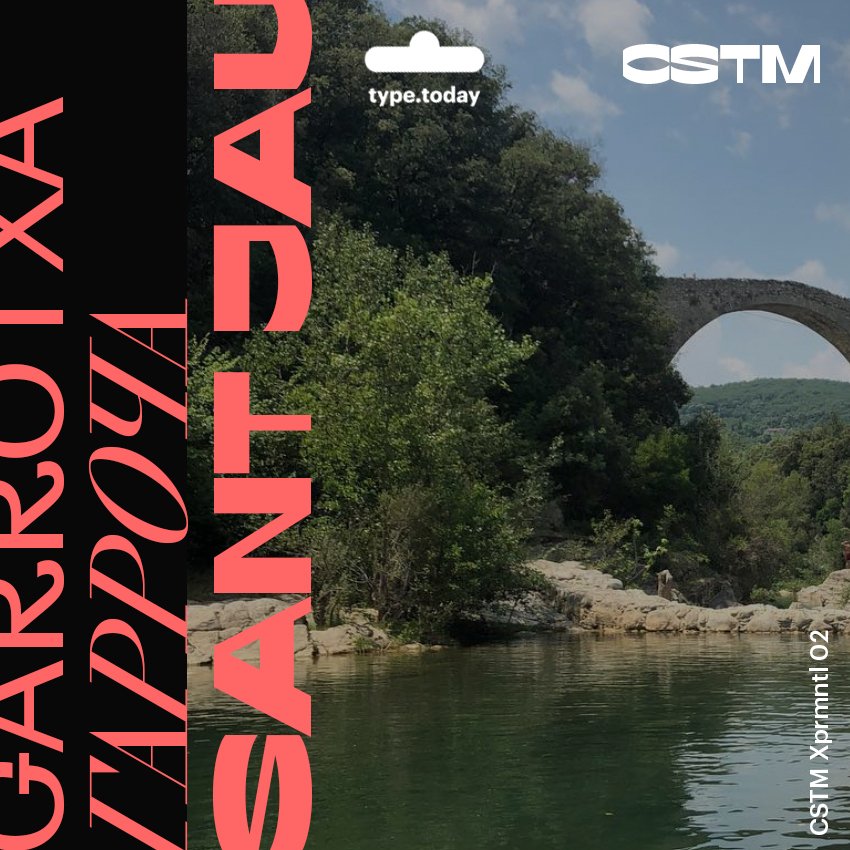 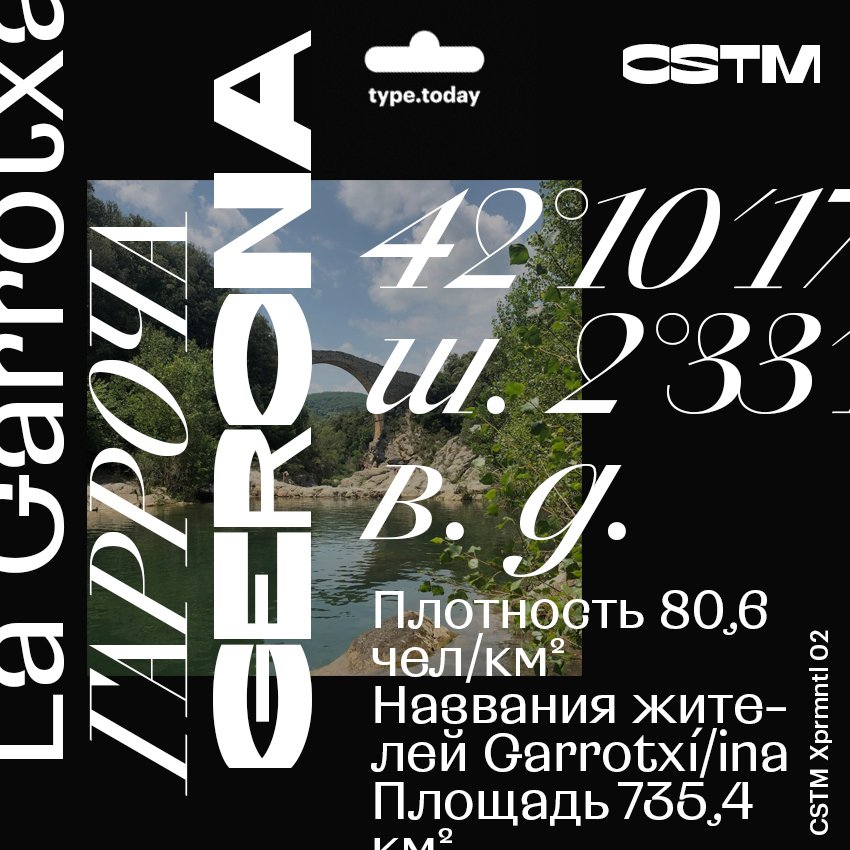 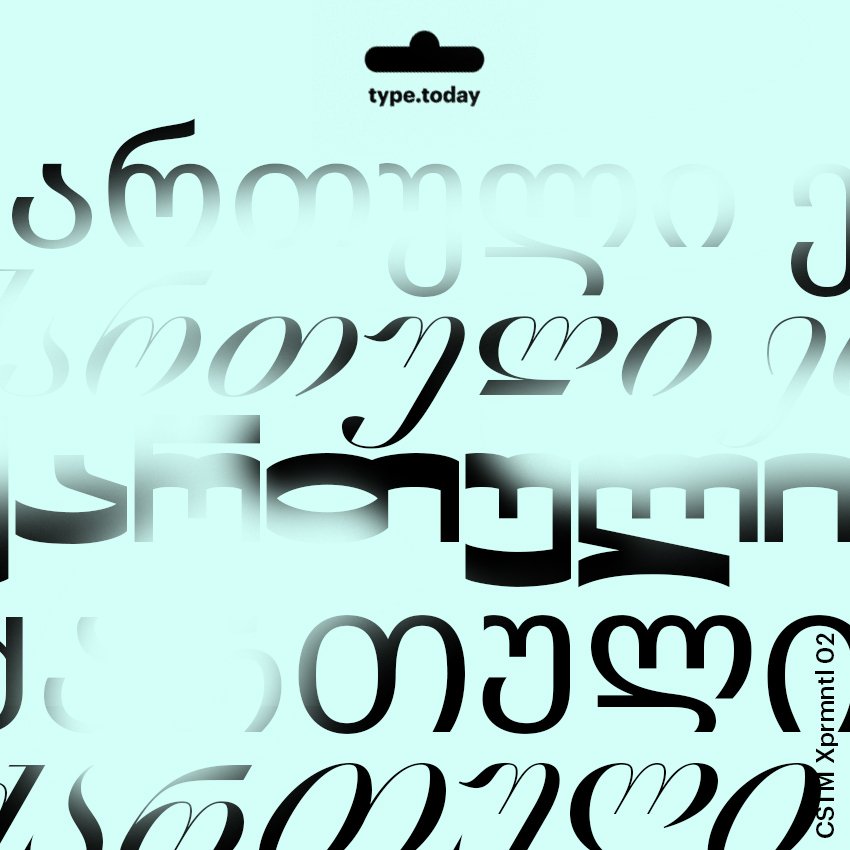 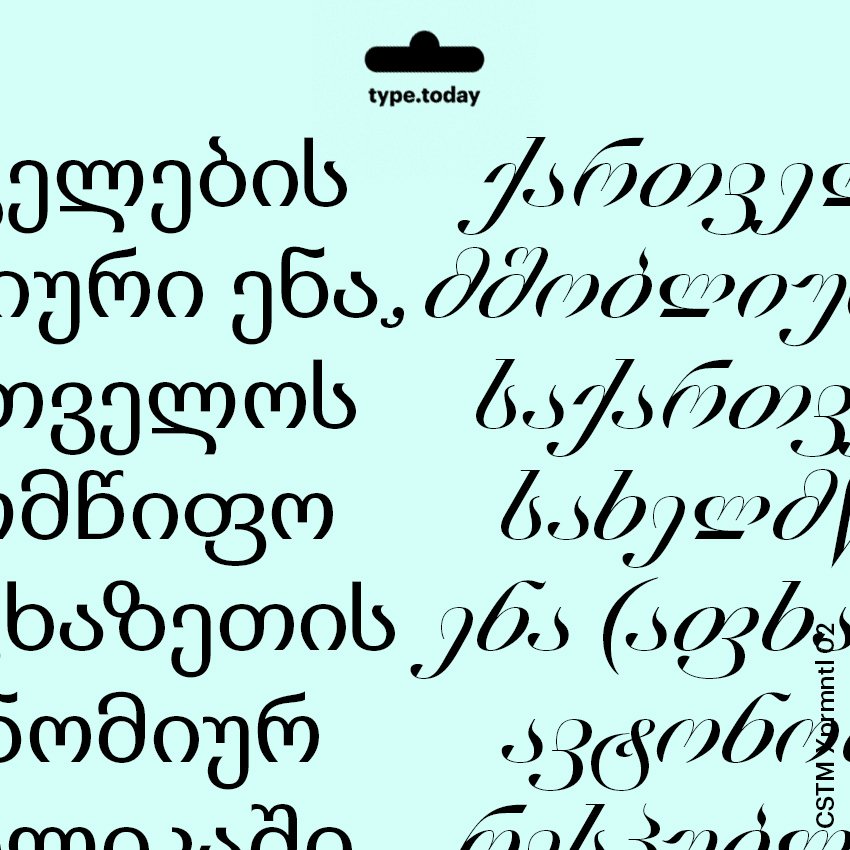 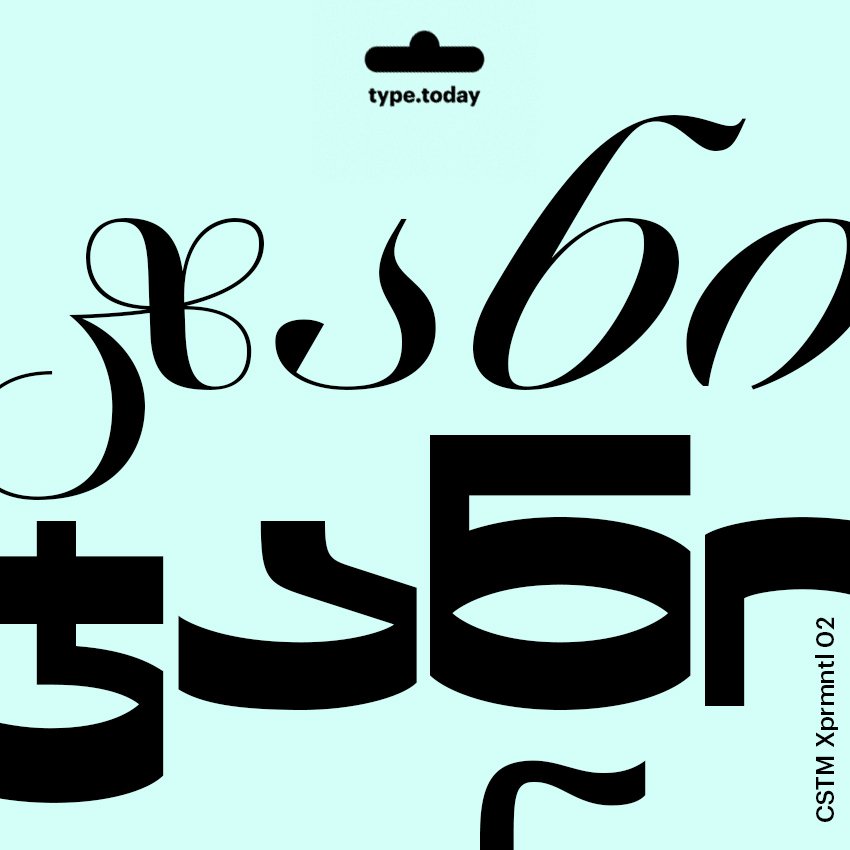 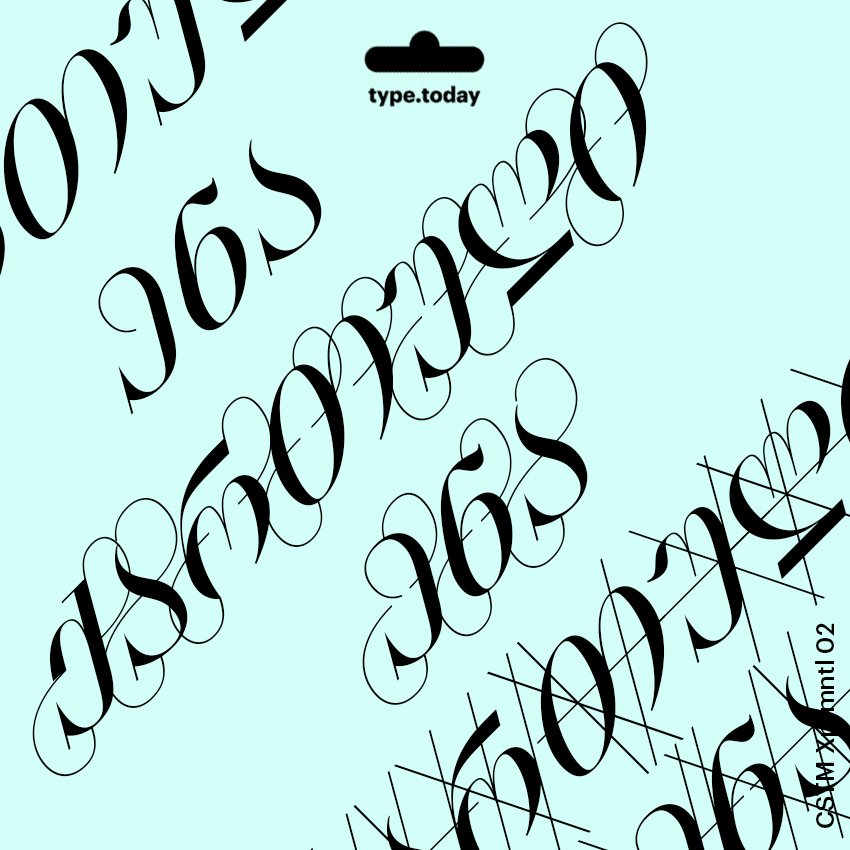 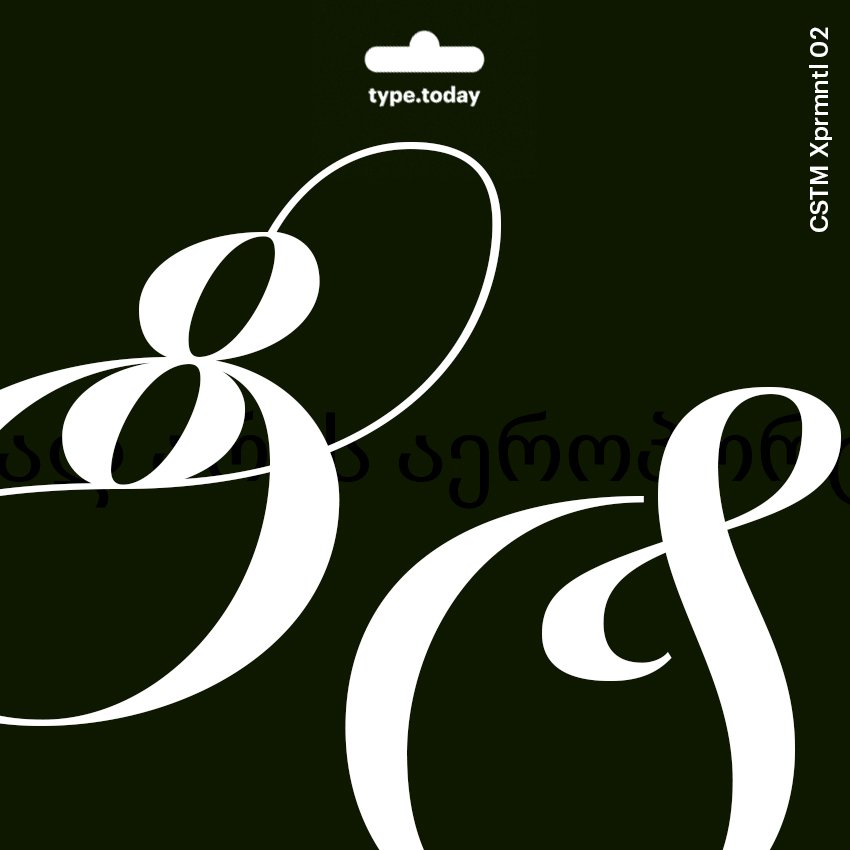 Anastasia Cherepanova: “I wish to see type shifting to physical space, to some multisensual dimension”

Nikita Kanarev: “Make it for the fun, the courage, the gist of it”

Karina Yazylyan: “I act on a hunch”